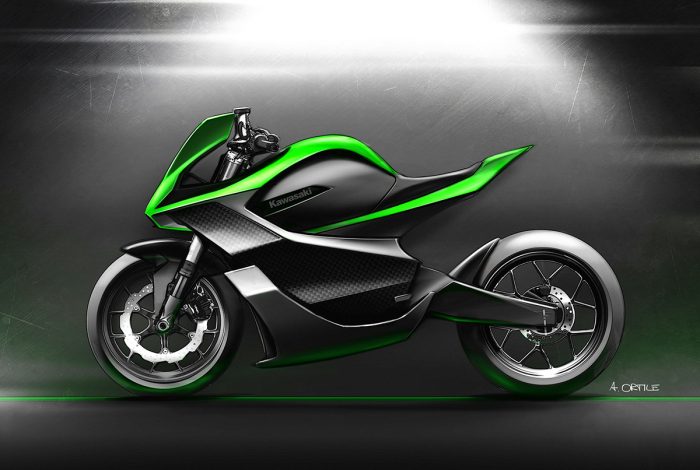 This unusual concept from Italian designer Andrea Ortile is likely to divide opinion. It goes by the name of the Kawasaki Ninja Ultra, and it’s a revolutionary approach to electric motorcycle design. It might even be a glimpse of the future for the Ninja brand. When I said “revolutionary approach” above, I meant it in this sense: rather than trying to design a motorcycle of the future that looks like a motorcycle of the future, Andrea has realized that the best way to inspire riders to go electric is to capitalize on the success of already well-established motorcycle designs. Many other designers are pulling in the wrong direction, drawing up elaborate plans that make electric motorcycles look like concept artwork from a Sci-fi movie. If I was going to buy an electric bike, I’d want it to look like a motorbike, rather than a hair dryer.

Andrea’s Kawasaki electric motorcycle design is based on the existing frame of the exclusive Ninja H2 platform, which already gives it an appetizing and impressive look that highlights the concept’s sports performance heritage. Unlike the H2, this concept doesn’t come equipped with a supercharged engine; it’s powered by an electric motor. We don’t know what the engine would be, or what capabilities it would have. Instead, the Italian designer has focused on updating the bodywork and visuals to appeal to a performance orientated crowd. 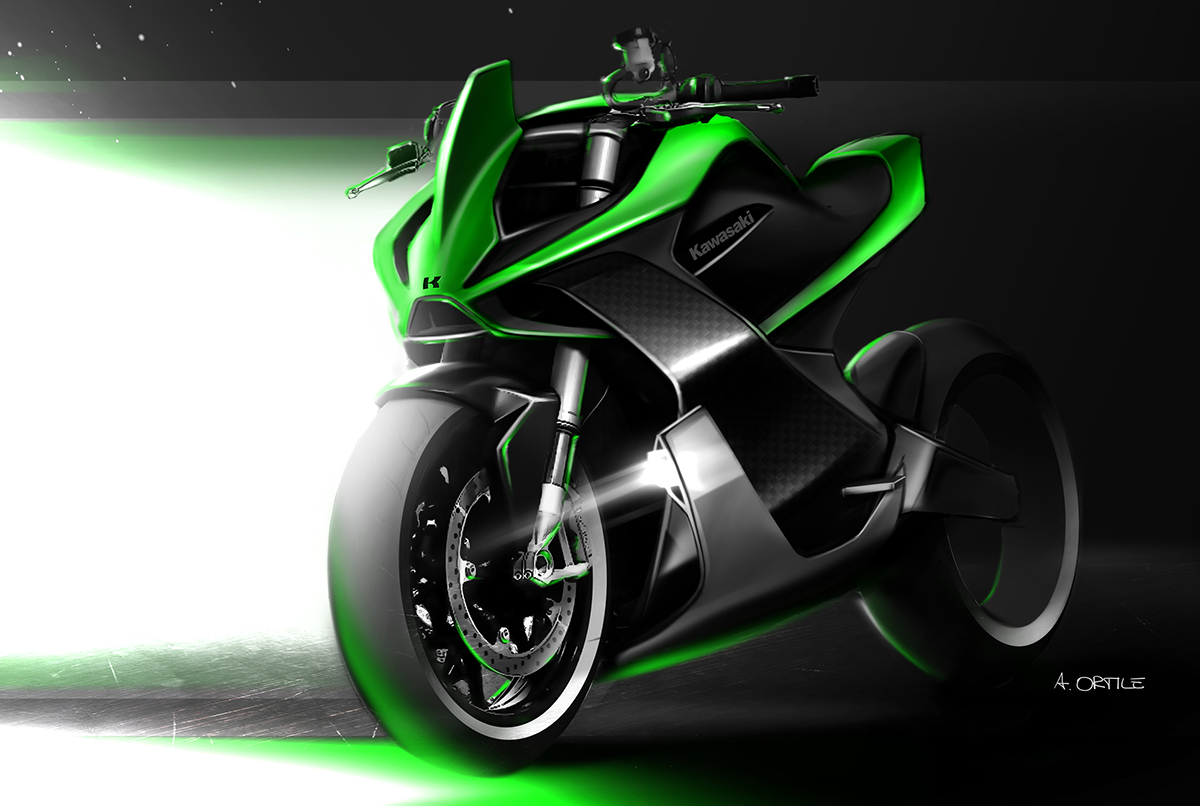 The first thing that you’ll notice is that the concept retains a lot of the Kawasaki’s existing style elements, although a lot of the H2’s angular lines have been smoothed out and curved for an aggressive and dynamic look. The side of the body is made up almost entirely of carbon fiber, which will shave weight off of the bike, whilst improving its overall aerodynamics. With aerodynamics in mind, take a look at the front windshield section of the Ultra. You’ll see that it’s more of an aerodynamic wing than a windshield, and looks to be the signature feature of the bike. 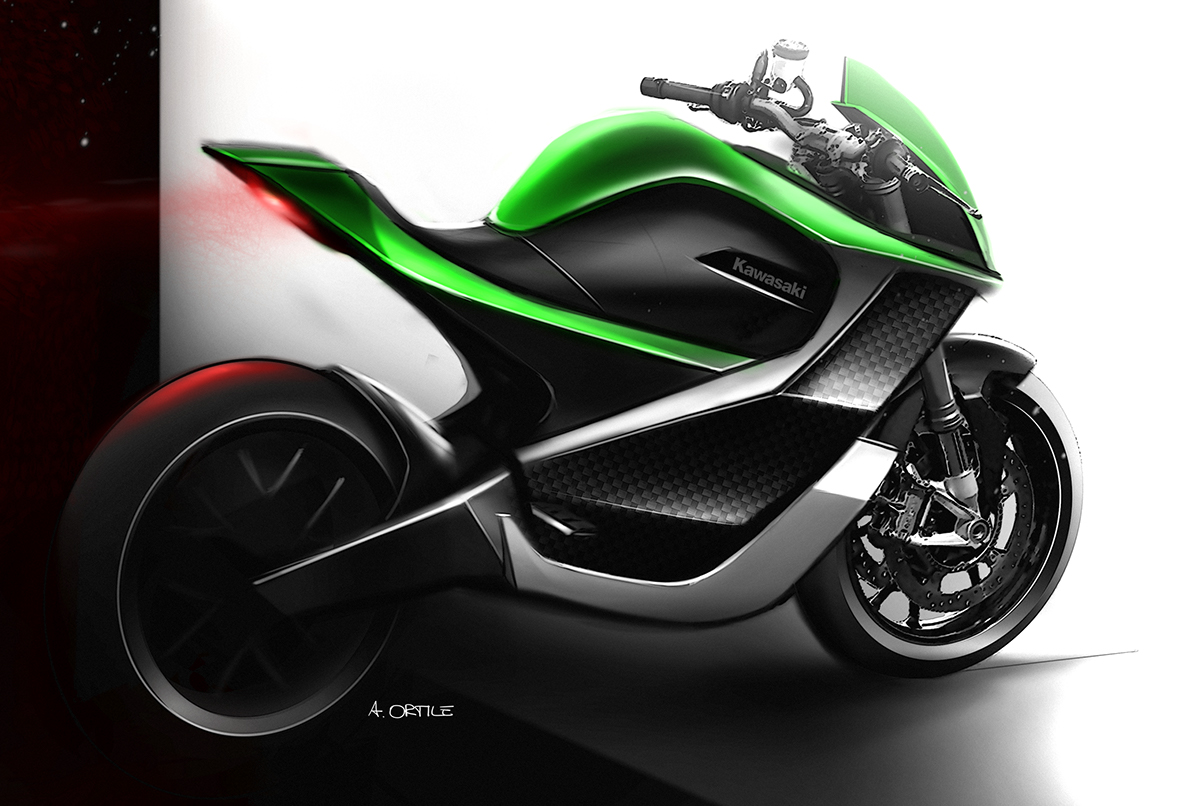 At the back, there’s not much to write about. The tail section has been paired down and smoothed out, showing off the visual lightness of the bike. Without an exhaust to hold on to or hide, there isn’t much for the tail to do except seat the rider and manage the signal and lighting housings. 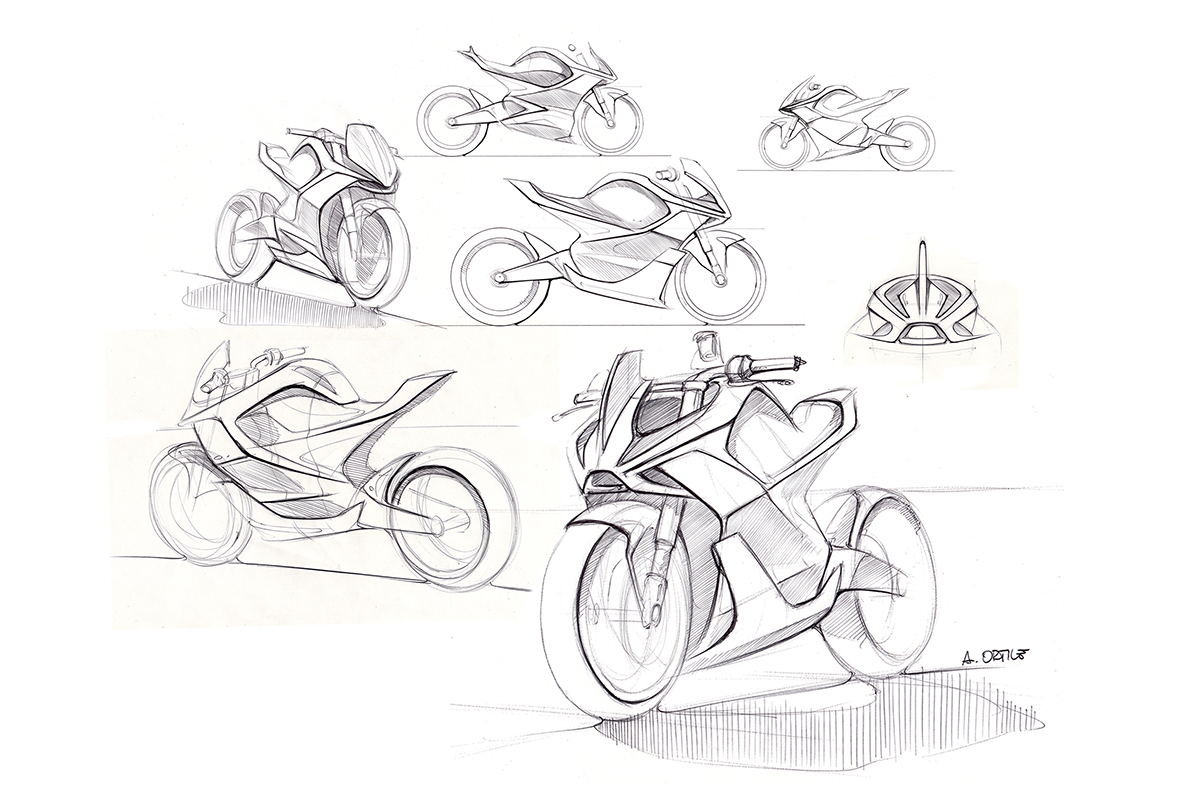 Anyway, this is only a concept, but as electric concepts go: this one is our favorite. It’s an electric idea that’s firmly grounded in modern reality. A rare thing to see when trawling through the vehicle concept databases… The question is: “Would you ride it? And would you buy it?”


Motorcycles Are Great on Gas, But Are They Bad For The Plane...
Disadvantages of Electric Cars: Pros, Cons, and Tradeoffs of...
8 of the Best 2020 Electric Cars
Introducing The Goldwing Killer: The Yamaha Star Venture!
DRIVEN: 2021 Ford Mustang Mach-E [Review]
Watch The Kawasaki H2R Hit 400 km/h! (Video)