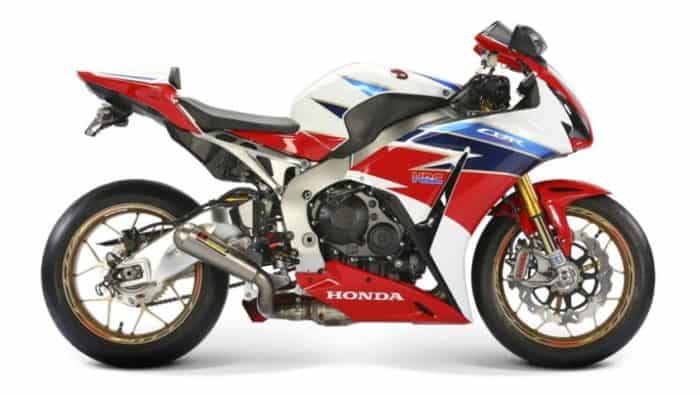 Come on Honda, bring this to the US…! If you ever wanted to know what the most technically brilliant and road legal CBR1000RR has on offer, then this article is for you. But before you get too excited, I must mention that this model isn’t going to be commercially available in the US, however, that doesn’t mean that you won’t be able to get your hands on one – you’ll just have to put in a little extra effort. Anyway, across the pond in the UK, they’re calling this the CBR1000RR Fireblade “TT” Edition. Quick note: The term “Fireblade” is used by a lot of other countries when describing the CBR1000RR – We’ve used the term before and it left some readers confused. Sometimes we call it the Fireblade, and other times the CBR1000RR…Writing CBR1000RR out over and over again is pain in the ass, but not as much as saying out loud! 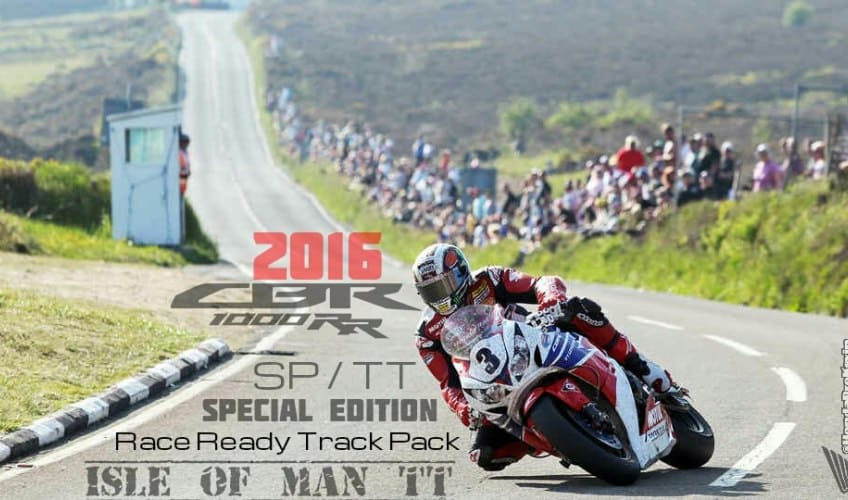 Back in 2014, Honda produced the CBR1000RR Fireblade SP. Essentially, it was a road-legal track bike that elevated the stock standard RR to a whole new level. And now, and brand new for 2016, Honda have brought us the TT Special Edition, which has been inspired by the achievements of Isle of Man TT veteran John McGuiness, and comes with a whole host of awesome track ready accessories. 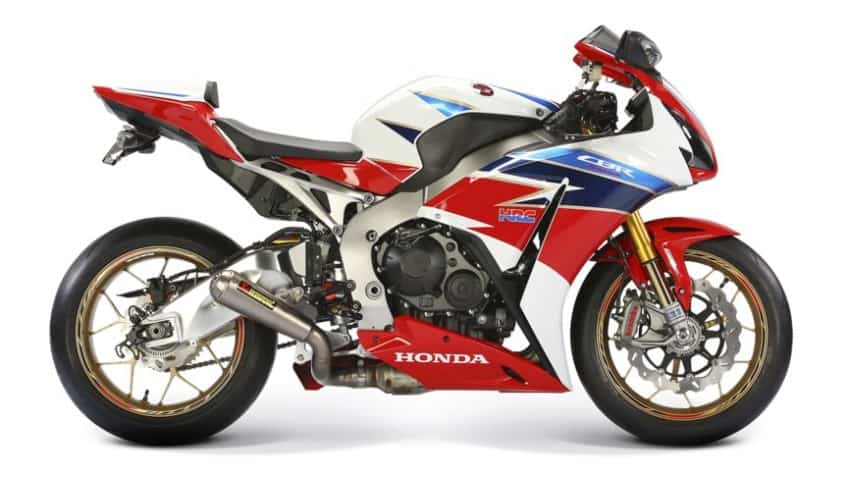 The standard SP edition CBR1000RR already comes with Ohlins suspension at both the front and rear, as well as Brembo four piston caliper brakes, and a revised frame. On top of that, it also boasts Honda’s patented Combined Anti-lock Brake System, software remaps and Pirelli Diablo Supercorsa SP tires. If that wasn’t enough already, the SP’s 999.8cc engine has an updated cylinder head, factory matched pistons and con rods, and produces an extra 3hp than your run of the mill CBR. 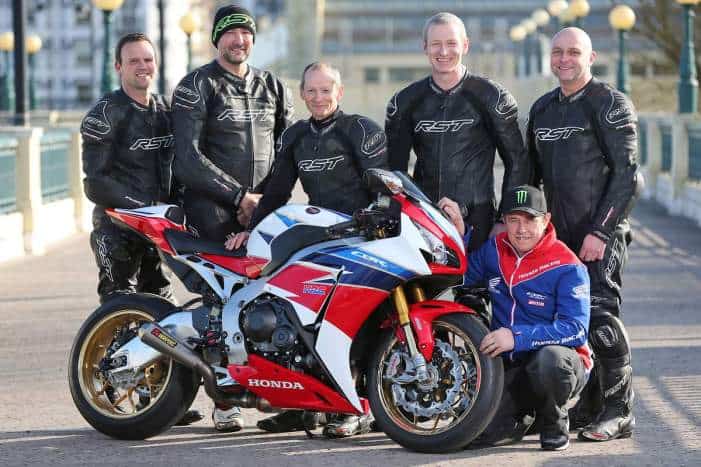 Since it is a track focused machine, there is no pillion seat, which gives it an even sleeker look. Naturally, the SP has been given the customary HRC paint job, complete with Honda’s trademark gold wheels. The other extras include a new “wave” design key ignition, a new fuel cap with an improved breather and a new, multi-functional LCD instrument cluster. The new cockpit tech displays everything from speed increases, to gear position, lap times, fuel efficiency, and coolant temperature. 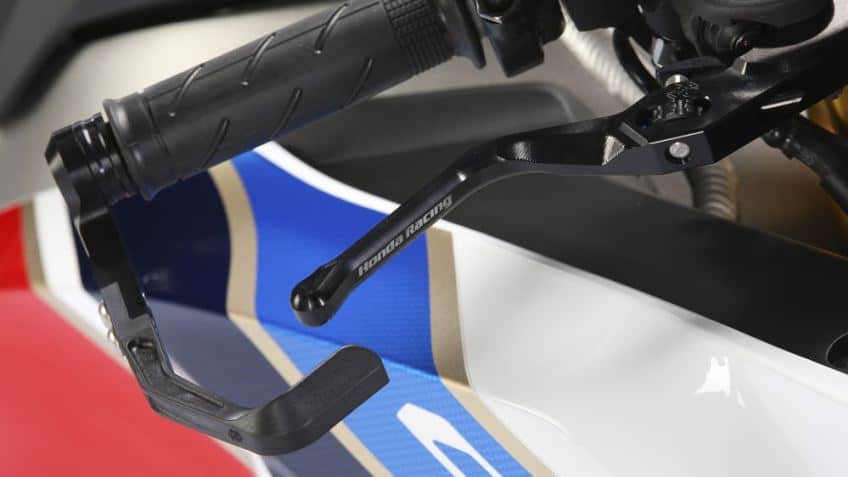 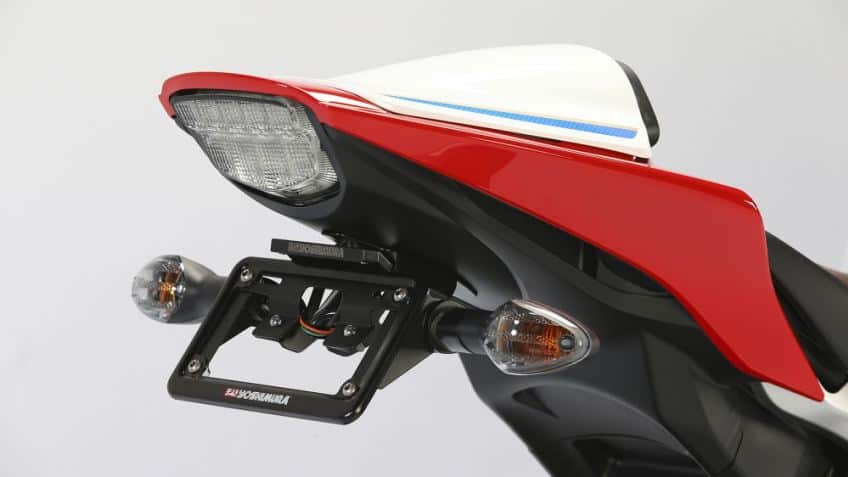 Of course, the 2016 Honda CBR1000RR TT version comes with even more additions than the regular SP, featuring pretty much everything worth having from both the Gilles and Galfer catalogs. The TT comes with new pair of brake rotors for the front and a single for the rear, and Gilles have provided a new set of black, etched FX levers, Moto GP lever guards, a VCR rear set kit, TCA chain adjusters, and new crash pads. On top of that, Honda have thrown in a svelte tail tidy, and Akrapovic have provided the TT edition with a new, EEC approved, slip on silencer kit. 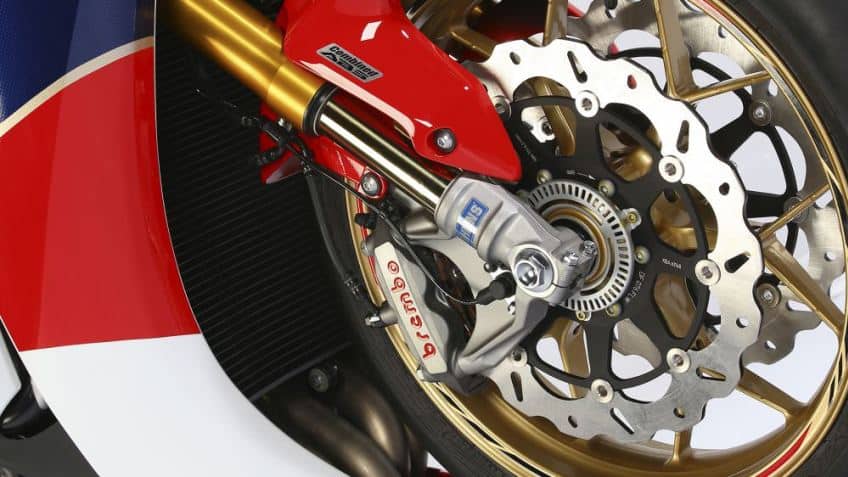 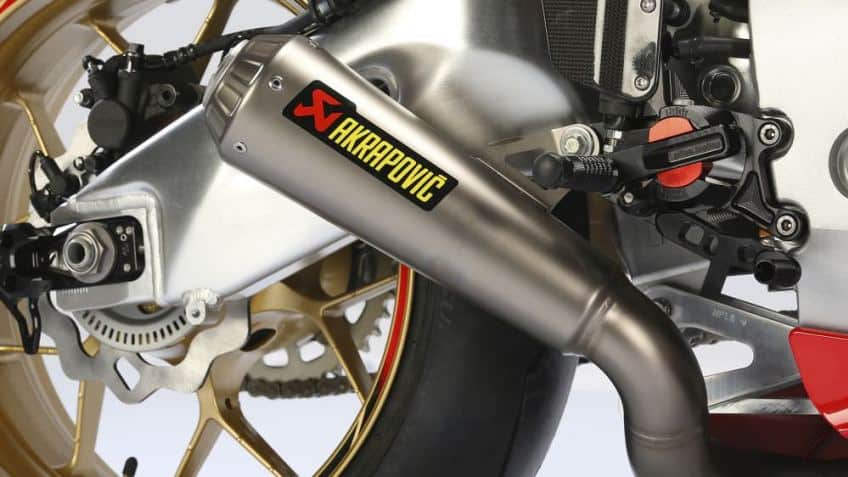 So there you go. Even though the SP has been around for a few years, this special edition is only for 2016, and it’s going to be a rare find even if you find yourself in a country that sells it. If you happen to be in a position to make the sale, and possibly import it to the US, then do it. This is probably the greatest road-legal CBR that has ever been made…and it’s definitely going to increase in value as long as you take care of it! 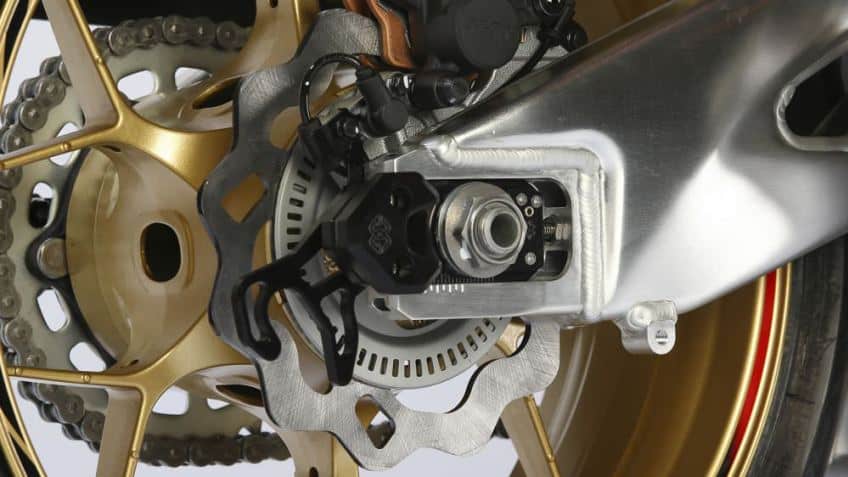 It’s just a shame that the US misses out on all of these Special Edition and limited production machines. Why does Europe get to have all the fun?