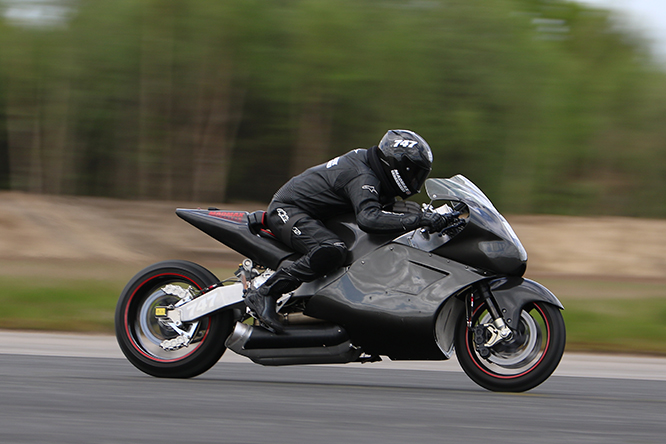 Here’s a look at the fastest turbine motorcycle ever made. It’s NOT the Y2K – it’s called the MADMAX, and it’s powered by a Rolls Royce helicopter engine…And here’s this for a bonus point: it’s road legal. Owned by Channel Island resident Zef Eisenberg, the man behind the Maximuscle supplement and self-confessed gear head, he just broke his own land speed record that he set back in 2015… Last year, the machine in its naked configuration managed to reach an enormous speed of 233.6 mph, but now thanks to a specifically designed racing fairing and a years’ worth of R&D, Zef managed to ride his way into the record books again, with an incredible time of 234.1 mph!

Unlike the Y2K, which was powered by a Rolls Royce 250-C18 turbine, the MADMAX is powered by the more meaty Rolls Royce 250-C20B. As far as helicopter engine serial numbers go, that’s fairly meaningless to the majority of us but here’s something we can all understand: The old C18 put out 240hp…and the newer C20B has a power of 542 hp. So, that’s the difference in layman’s terms…

The MADMAX Turbine Motorcycle – Faster Than The Y2K 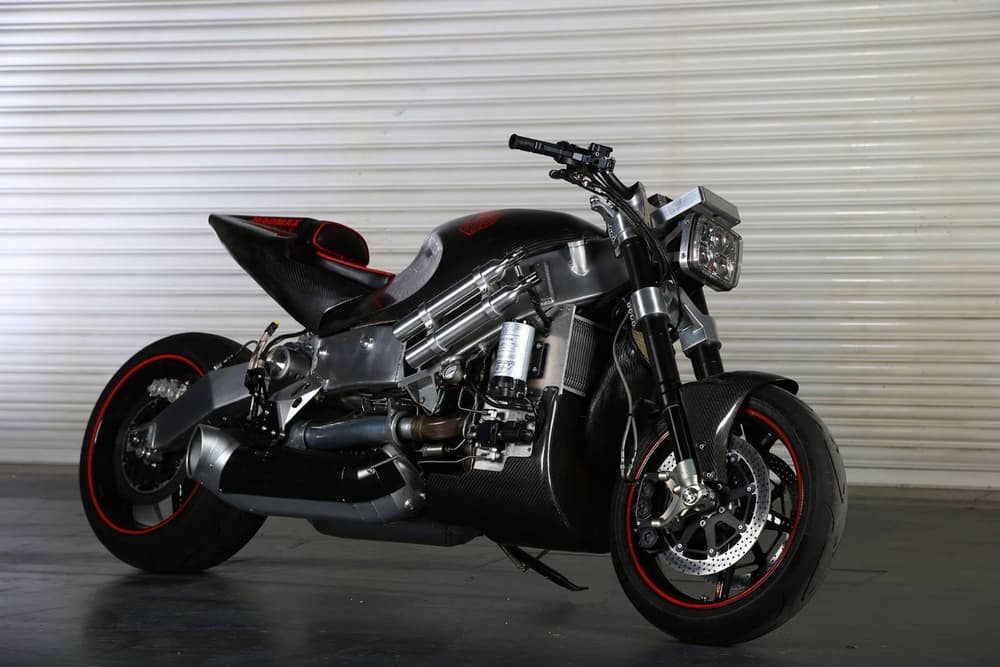 The MADMAX itself took around £350,000 ($509,645 USD) to develop and build, and unsurprisingly, most of those British Pounds were spent on the actual engine. Unlike a regular motorcycle engine, a helicopter unit requires a whole load of specific and specialist tools, and a whole new level of mechanical prowess to develop and tune. In total, it took Zef and his team four years to get the bike into the state that it is now, and when you consider that Zef’s former company Maxicorp even began with MTT’s Y2K as a starting platform, that’s a hell of a lot of work. We don’t even want to know how much of his personal wealth he put into to the development of the MADMAX…but we assume it’s a lot. On top of that, Zef and his racing company “MADMAX Race TEAM” have also built some other impressive and unique speed-loving machines. 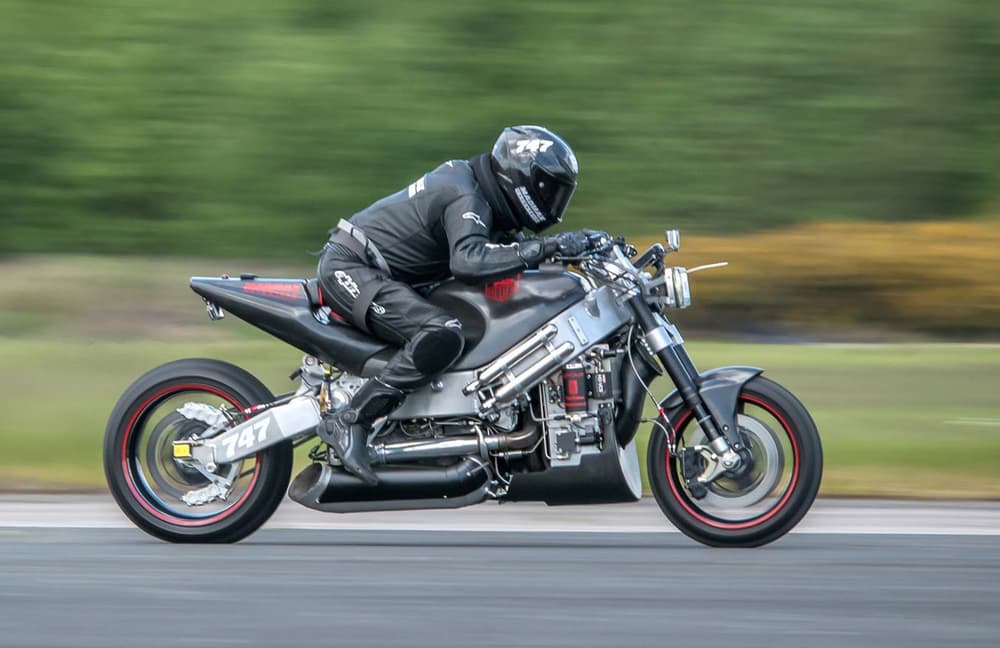 “I get a lot of pleasure out of creating crazy machines that deliver in the real world. We don’t make anything just for looks – vehicles that look great and deliver results is our goal!”­  – Zef told a local news company in the UK. 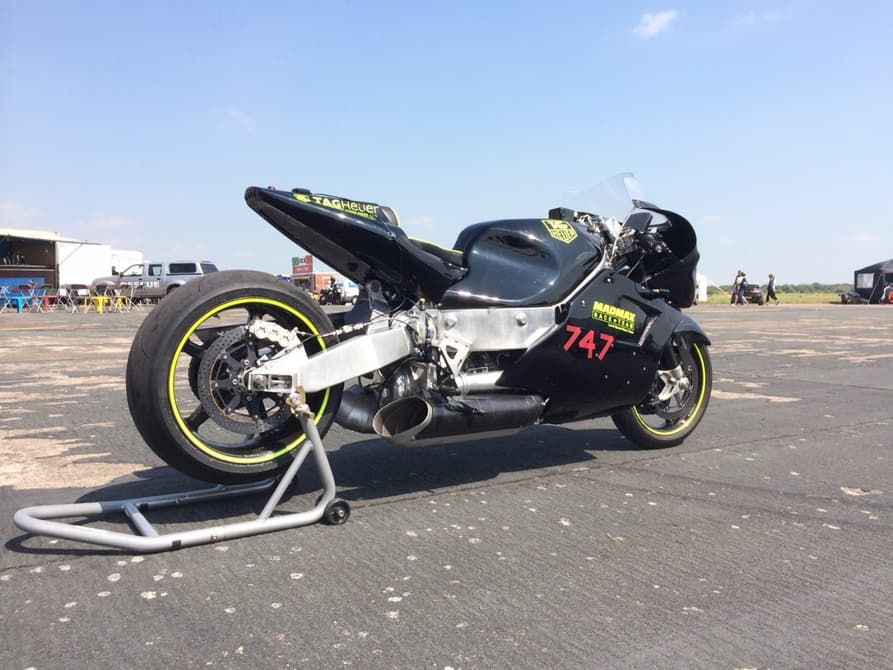 We look forward to seeing it in action, as no videos of the latest record breaking attempt have surfaced yet, but we know that it will be present this weekend at the Straightliners speed festival at the iconic Pendine Sands. Hopefully some recent footage of the machine in action will come to us! 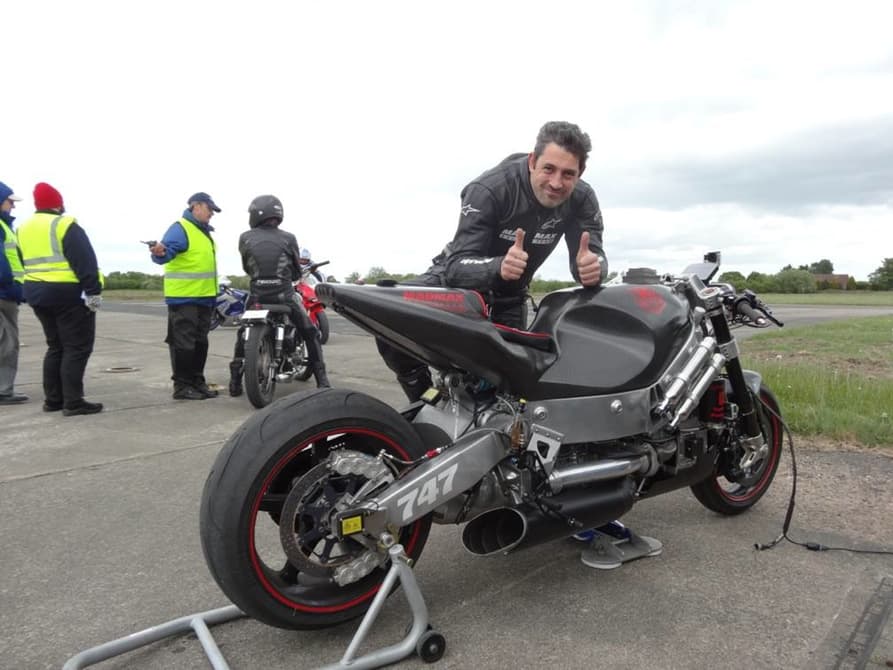 MTT, the builders of the Y2K, have plans to reclaim the turbine motorcycle title in the near future though. They’re planning on building a bigger, better and much faster version of the Y2K…and it should be arriving soon.


What’s Special About The 2018 Kawasaki Ninja ZX-10R SE?
7 Race Tracks You Can Go Out and Buy Right Now (some for les...
10 Cities Where Your Motorcycle is Most Likely to be Stolen
Jeff Lutz's Mad Max Street-Legal Camaro Sets the World Quart...
Take A Look At The Luxurious 2015 Ducati 899 Panigale
The Taurus 2x2 ATV – From Russia…!