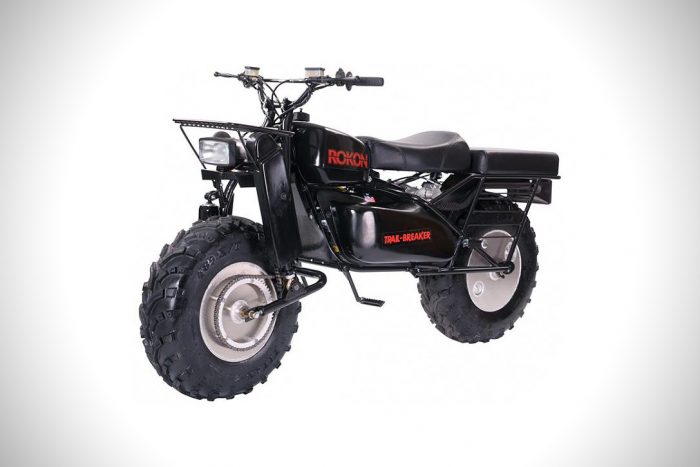 Two wheels, good. Two wheel drive, better. Maybe not for everyone, but if you’re tackling the trails then two wheel drive is definitely a bonus. If you’re riding a Rokon TrailBreaker though, you’re not going to be quick, but you’re certainly going to be unstoppable. It’s not going to win any prizes for its beefy aesthetics or its agricultural appearance, but that doesn’t matter. If it’s good enough for the US military, and a weapon of choice for big game hunters, then that should be enough to pique your interests.

This all American work horse hails from New Hampshire, and can trace it’s lineage back to the late 1950s. Back then, when it’s ancestors were known as the TrailMaker, it was designed to boldly thrash through the unknown be it sand, snow, or mud – it wasn’t built to get you there quickly, it was built to get you there in one piece. The 2016 offering comes with a 208cc, single cylinder Kohler that produces 7hp; it may have a measly top speed of 35 mph, but it does come with seriously cool special features.

First, it’s got two-wheel drive, which allows the TrailBreaker to climb a 60% gradient with serious ease; not only that, the two wheel drive feature gives the bike some serious torque, allowing it be able to tow or pull something that weighs up to 2,000 lbs!  If that’s not impressive enough, if you accidentally throw it in the drink, it can float. Yeah, that’s right – this 216 lb bike has hollow drum wheels that can hold air, allowing it to float if you need it to. And if that feature doesn’t float your proverbial boat, you can use the hollow cavities to store water, or extra fuel. 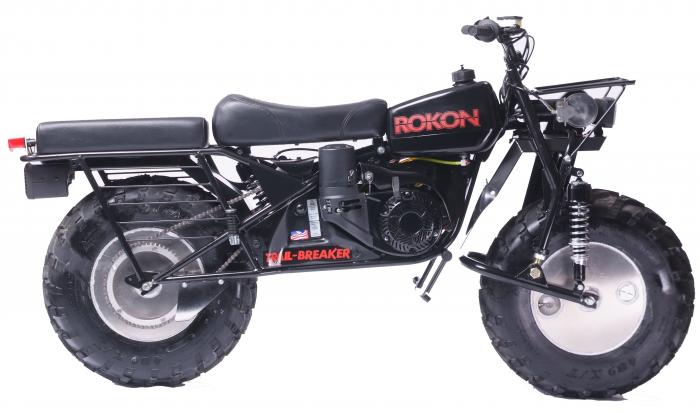 Again, it’s definitely not a pretty machine, but you don’t want your tools to be pretty. You want them to work. And this versatile machine really does work, and can conquer whatever challenge you throw at it. You can buy tow bars for the thing, you can buy a sidecar for it too – you can even buy log skidders. There’s no shortage of accessories either. It’s like an ugly Bond car. But then again, you’ve got to be a serious adventurer to really make use of all of its features. For an asking price of around $7,350 though, it’s not bad at all. Especially if it saves your life…which it probably could…