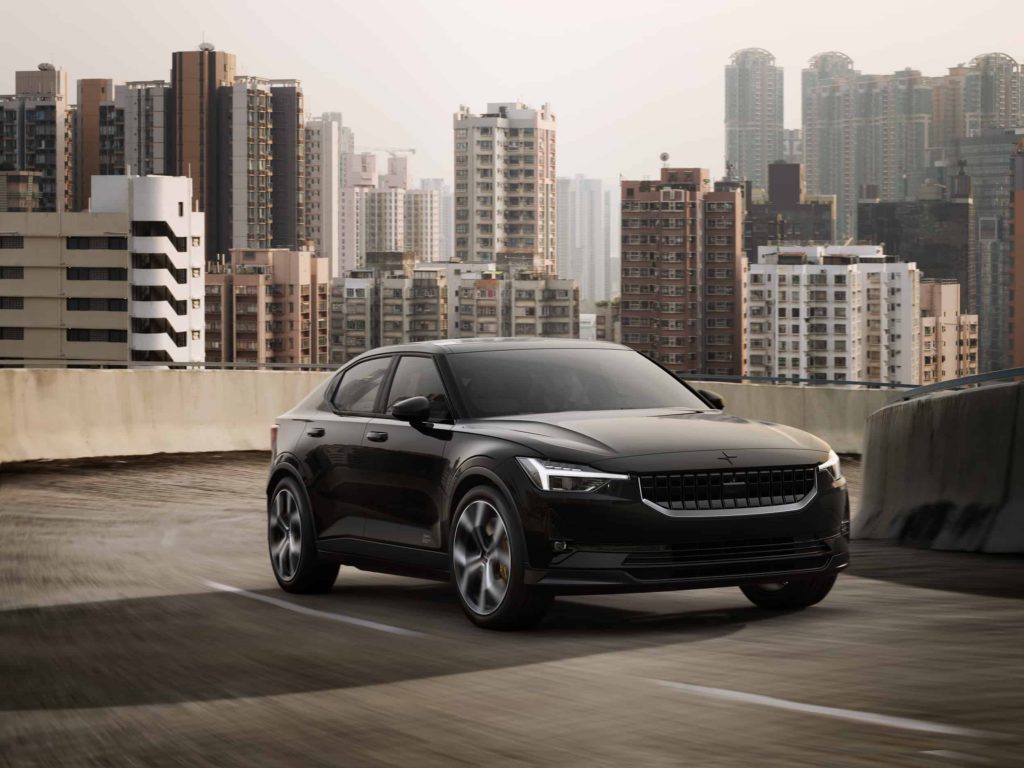 Polestar just announced US pricing and availability for its first all-electric and higher-volume vehicle, the Polestar 2 fastback. The first deliveries of the new Polestar will come late this summer, with pricing starting just under $60,000. 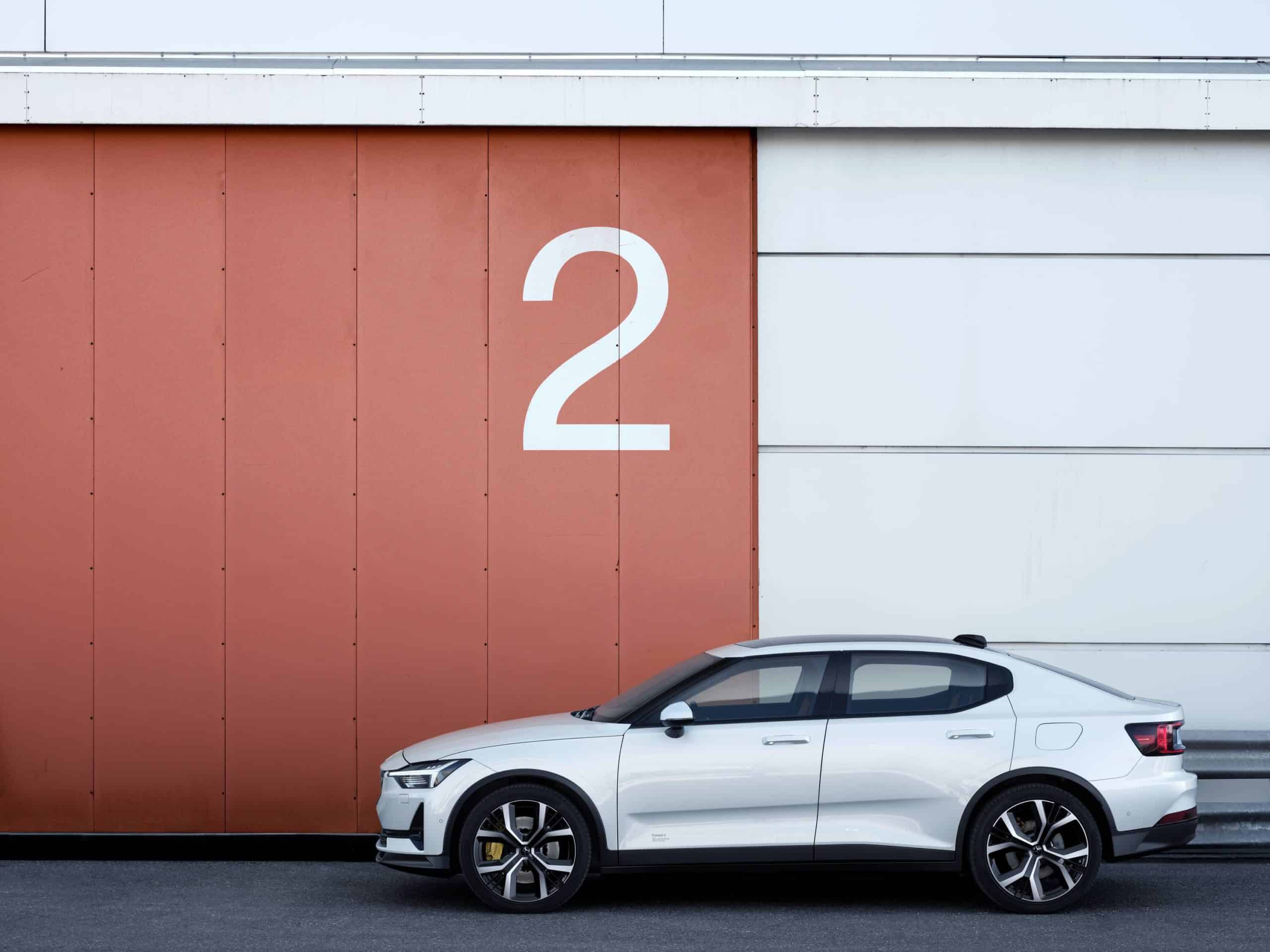 The Swedish automotive brand Polestar, jointly owned by Volvo and its parent company Zhejiang Geely Holding, debuted the Polestar 2 in  2019. It will be the company’s first full-electric, higher volume premium car. In 2020 Polestar’s all-electric fastback vision is coming to life.

Why Buy a Polestar 2?

The Polestar 2 offers an impressive 408 hp and 487 lb.-ft. of torque. All that power, combined with its standard all-wheel-drive system gets this electrified fastback to 6o MPH in less than 5-seconds.

This sleek Swedish fastback showcases a 78 kWh battery pack which offers up to 275 miles on a single charge. That EV range is sizable compared to other competitive models.

Polestar 2’s MSRP is below state electric vehicle incentive thresholds in important EV sales regions like New York and California. Additionally, current pricing enables state rebates of approximately $2,000 in certain states. This provides the potential for total tax incentives of up to $9,500 (when combined with federal electric vehicle tax credits). 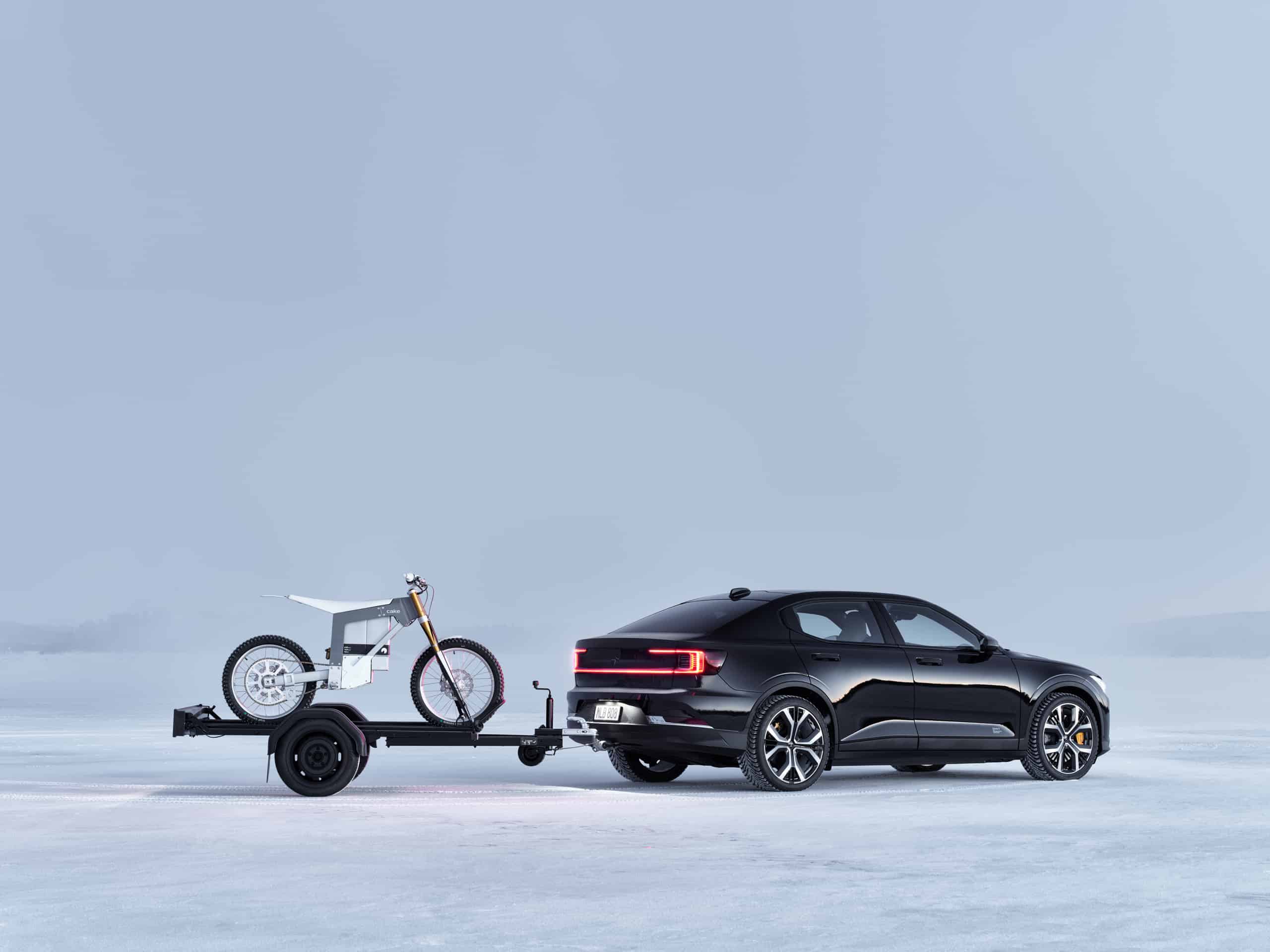 “We are quite enthusiastic to announce the U.S. pricing for the Polestar 2,” said Gregor Hembrough, Head of Polestar USA. “The MSRP is lower than we originally targeted, and will be extended to all of our current reservation holders. “With an online purchase option, lower pricing, considerable tax incentives, and production already underway, the Polestar 2 is well positioned for a successful entry into the U.S. market.”

If you haven’t heard of Polestar as a car company, you’re not alone. Polestar has morphed over the last few decades to become what it is now, a stand-alone car manufacturer under watchful eyes of its parents Volvo and Geely.

The company’s origins can be traced all the way back to 1996. A Swedish racing team was sold and rebranded to create Polestar Racing, which started to engineer their own Volvo race cars in the late 2000’s. In 2009 the brand became Volvo’s official partner to modify existing models, under the Polestar Performance name. A few years later, in July 2015, Volvo bought the brand and company. Volvo then started offering Polestar-enhanced models directly from their resellers. 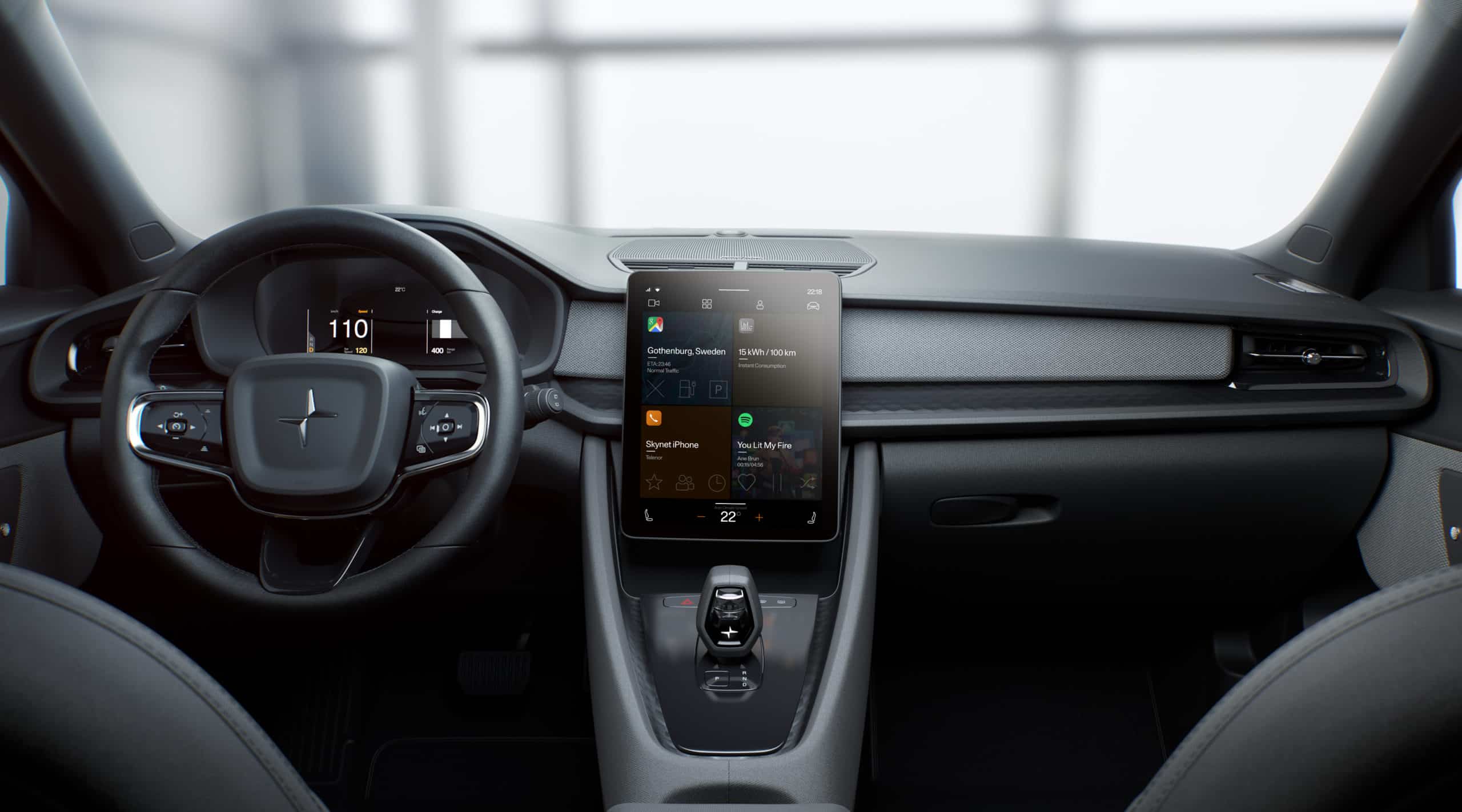 Polestar, though headquartered in Gothenburg, Sweden manufactures its vehicles in Chengdu, China. Over only a few years as a stand-alone entity, Polestar has developed impressive electrified performance cars, like the Polestar 1 low-volume Electric Performance Hybrid GT with 609-horsepower.

The Polestar 2 all-electric fastback is available to purchase via Polestar online. Similar to Tesla’s physical retail store model, Polestar will open brick and mortar showrooms soon -named Polestar Spaces- where non-commissioned associates will assist customers with product information and provide test drive opportunities. The first Polestar Spaces will open on the West Coast -site to be announced- and in New York in late summer 2020. Additional locations will follow. 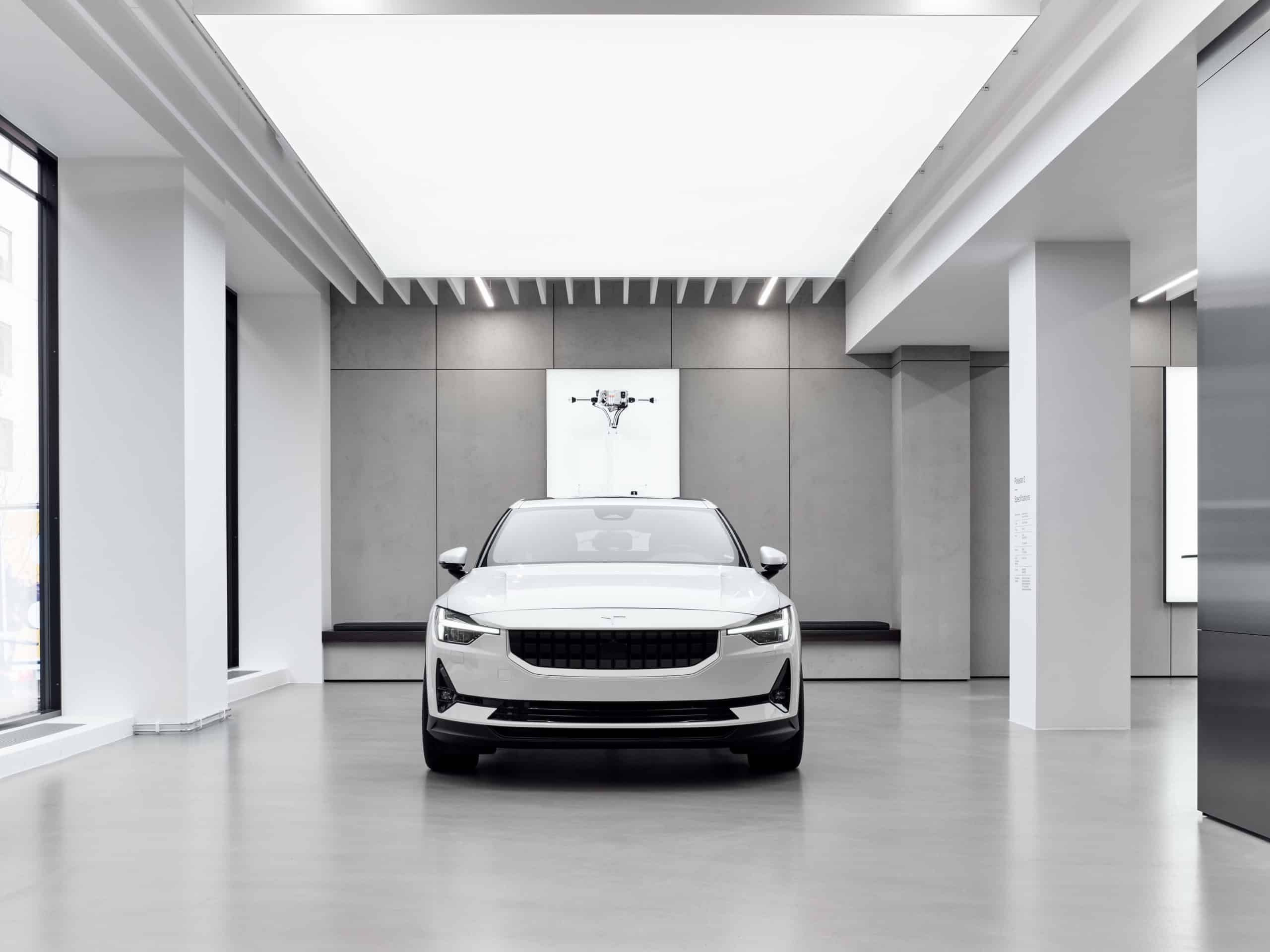 The Polestar 2, which began production in late March 2020, will begin delivery to its US customers in summer 2020. Stay tuned for more from this exciting brand, as the Polestar 3 will join the portfolio as a fully electric performance SUV very soon.