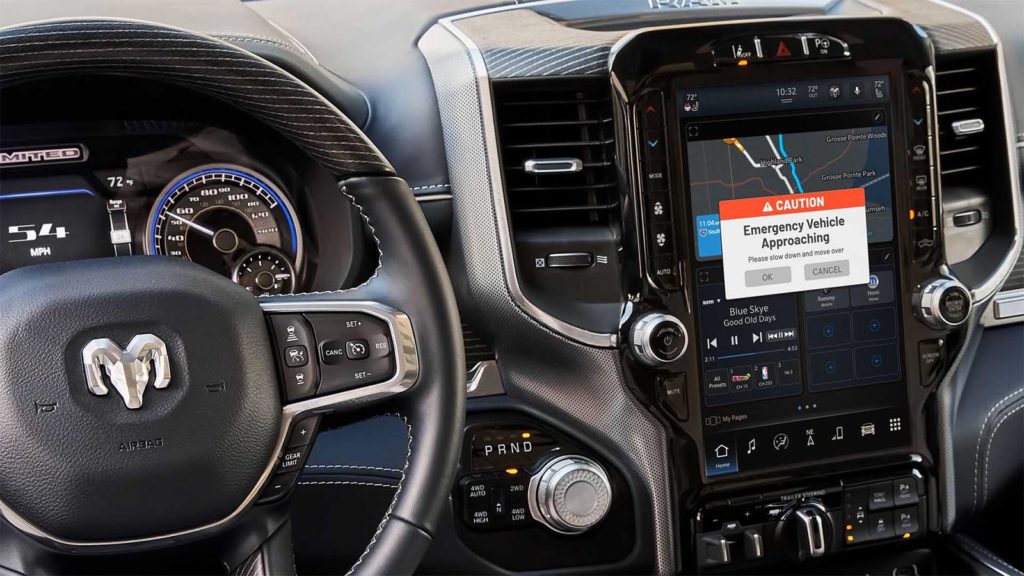 Every year, American motorists are involved in at least 6,500 crashes involving ambulances, and thousands more with fire trucks, police cars, and other emergency vehicles, often because drivers didn’t see them approaching.

A new technology, dubbed EVAS, could help prevent such crashes, and Stellantis is about to become the first automaker to offer it on its new vehicles. But the automaker also plans to make it available on many products already on the road using smartphone-style over-the-air updates. 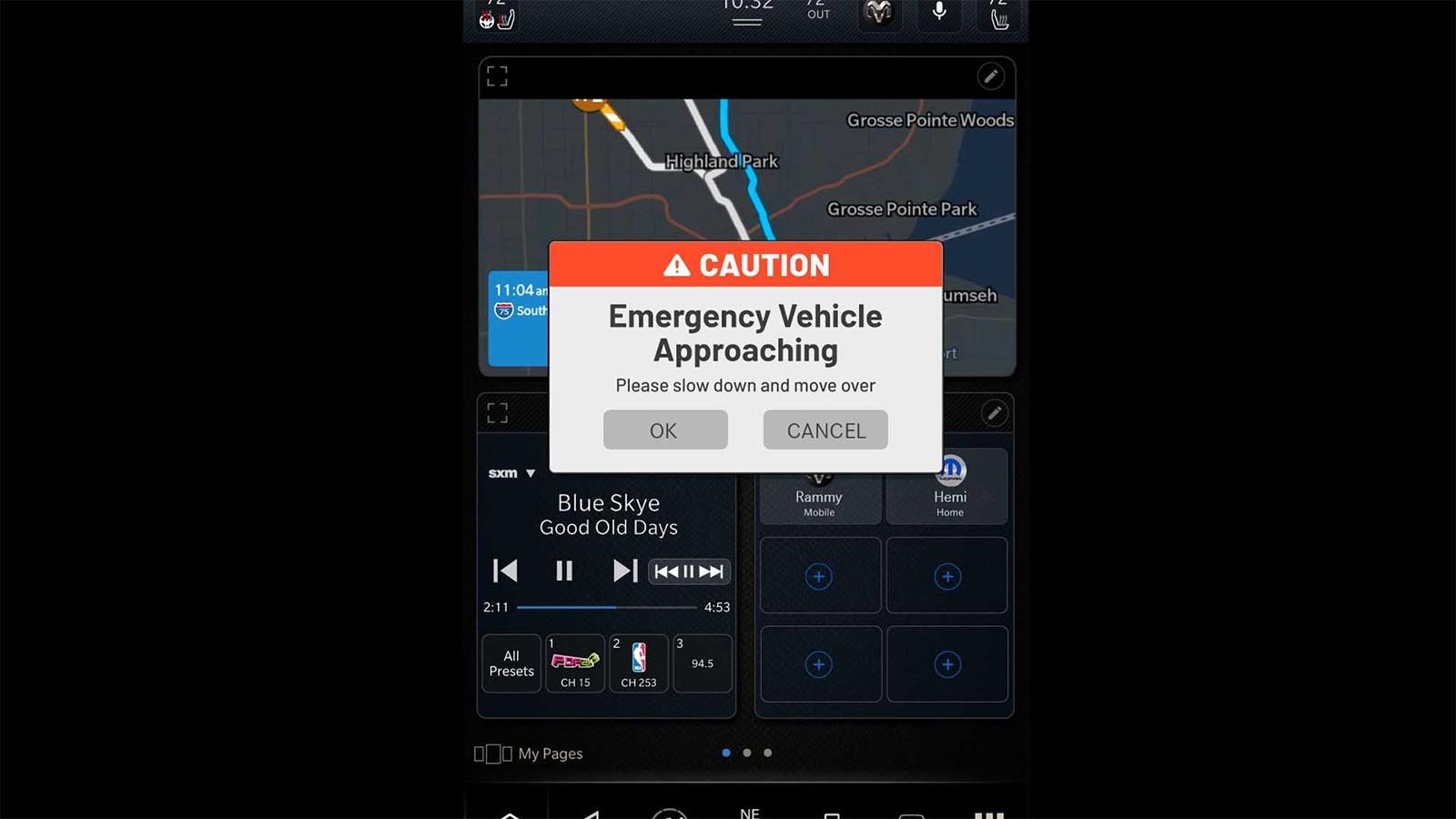 Formally known as the Emergency Vehicle Alert System, EVAS brings together several different technologies, most notably connected car capabilities. Eventually, your vehicle will be able to “talk” to highway infrastructure, as well as other vehicles, to know what is going on nearby.

For example, in a number of communities including Las Vegas, Audi has linked up several models so that they can alert a driver to when a stoplight will change. Other pilot programs let vehicles link up to warn of traffic and weather problems.

The potential uses are, in fact, quite substantial, and EVAS was created in response to an idea a Stellantis employee had after they nearly became one of those statistics. While driving with her children in the car, she nearly was hit by an emergency vehicle when she didn’t hear it approaching.

The Department of Homeland Security already created something called the HAAS Alert which can track emergency vehicles and send out warning alerts through the cloud. With EVAS, Stellantis came up with a way to capture those signals and then display alerts on its vehicle touchscreens.

New Stellantis models sold in North America will be equipped with the system. These include products from six of the 14 Stellantis brands — Alfa Romeo, Chrysler, Dodge, Fiat, Jeep, and Ram. They need to be equipped with the automaker’s most recent infotainment software, Uconnect 4 or 5, and have the carmaker’s safety and convenience service, which costs $12.99 a month, activated.

Like many automakers, Stellantis has been introducing a smartphone-style feature allowing vehicles to receive over-the-air updates. That will allow it to upload EVAS to most of its products sold since the 2018 model year.

HAAS Alerts were first introduced two years ago and are currently in use in only some parts of the country. Among the agencies that use it are the Michigan State Police, the New York City Fire Department, and Rockville, Maryland Volunteer Fire Department. But the goal is to get other emergency responders to adopt the system — while also getting more automakers to launch their own versions of EVAS.

Proponents say such technology could prove to be a real lifesaver. According to the National Highway Traffic Safety Administration, of the average 6,500 crashes involving ambulances occur each year, 35% of those involve injuries or fatalities. Six out of 10 of those crashes occur during an emergency run, often because other motorists don’t hear or see the emergency vehicle before it’s too late.


NWAPA Mudfest: 2021 Northwest Outdoor Activity Vehicle of th...
Range Anxiety Be Gone: Lucid Officially Cracks 500-Mile Rang...
Believe It Or Not, There Is a Hemi Camaro Out There
Bronco + Filson Wildland Fire Rig Concept: National Forest F...
Tesla Model S 70D Is The Only Entry Level Car That Could Eve...
Best of 2019 Chevrolet