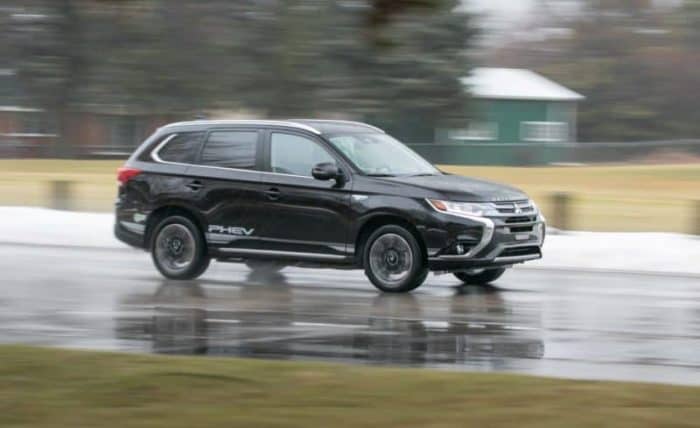 One would think that being absorbed by the large Nissan-Renault conglomerate is a path of no return for the once mighty Japanese brand, but Mitsubishi is proving everyone with that particular mindset wrong. Not only is it now a partner with naming rights in the number 1 global player in the auto industry, the Renault-Nissan-Mitsubishi Alliance, but its global sales have started to grow in spite of axing the Lancer sedan in 2017. Mind you, the iconic Lancer nameplate is still alive, but only in China where it languishes as an underpowered compact family car waiting to be rescued from this cruel fate. This time, however, we’ll focus exclusively on the 2020 Mitsubishi range in the U.S. where the motorsports icon won’t be around for the foreseeable future.

Mitsubishi’s U.S. sales account for roughly one-tenth of company’s global sales, and showcase a strong growth and potential. With 118,074 units sold here during 2018, the Japanese company is enjoying its best period since 2007 after which the economic crisis cut sales by almost 60 percent over a two-year period. What’s more, Mitsubishi Motors North America has achieved a 14 percent growth rate in the U.S. alone compared to 2017 when 103,686 new Mitsubishi models found their new homes.

The Japanese company’s global sales have surpassed the psychological 1-million-unit barrier for the first time in a while as well. In 2017, the Japanese brand marketed 1,026,000 vehicles worldwide and achieved a 3.5 percent growth rate compared to previous year for the first time in this decade. This is a healthy basis for the future which still looks uncertain, but at least isn’t as gloomy as it used to be after the emissions scandal shook the company in 2016 which saw the automotive giant gobbled up by then Nissan-Renault Alliance after company’s shares halved in value.

Without further ado, here’s what to pay attention to when it comes to Mitsubishi in 2020 while, at the same time, reminiscing about some of the best Mitsubishi cars ever made.

With 39,153 units sold in the U.S. during 2018, the subcompact crossover stands out as company’s second-best-selling model in this part of the world. The fact it’s been on the market since 2010, which makes it one of the oldest vehicles in its class, obviously doesn’t have a detrimental effect on its overall sales which have continued to grow year in, year out.

The new 2020 Mitsubishi Outlander Sport retains its decade-old platform and interior design but sports a refreshed exterior which should help it in its duty of soldiering on for at least a couple more years. The refreshed model is, however, much sharper-looking than the outgoing units thanks to a completely revised frontal fascia and a correspondingly revised rear end.

One of a few changes worth mentioning on the inside is a new 8-inch touchscreen display which replaces the old 7-inch unit. Considering how the mini crossover starts from $22,500 and offers a rich package for $1,000 more, it’s no wonder it’s still going strong after all these years. A $1,550 bump in price needs to be mentioned, however.

Both engines regardless of chosen trim can be ordered in both the front and all-wheel-drive configurations, and are paired exclusively with a CVT gearbox. The outgoing entry-level models were paired with what’s now considered to be an archaic 5-speed manual until last year, so this is a welcome change even if it’s only an uninspiring CVT. 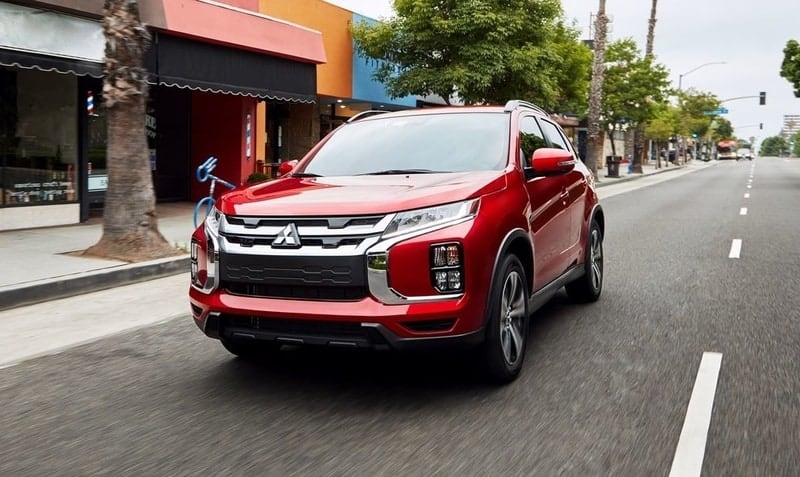 Starting from around $25,000 from the base model, the Outlander crossover is currently the most expensive Mitsubishi car money can buy in the U.S. It’s also the largest and best-selling model in the lineup with 41,818 of them finding new homes in 2018. This is actually the Outlander’s best result since the compact’s inception back in 2002.

The 2020 Mitsubishi Outlander is being carried over despite the fact the current generation dates back to 2013. After all, the compact has just received a slight refresh for MY 2019 which gives it a new frontal styling, standard 18-inch wheels, and some interior revisions. What’s more, all but the PHEV models have received an all-new steering and suspension which make the Outlander more refined and quieter than before.

These are all welcome news for the aging model, but some issues continue to plague it. Advanced safety equipment is still scarce, and the interior feels cheaper and more outdated than it does with competition while its performance leaves a lot to be desired.

Speaking of performance, there are two gasoline mills and one hybrid engine to choose from. Most Outlanders get a 2.4L inline-four engine with 166 horsepower and 162 lb-ft of torque which feels and is inadequate for a vehicle of its size and weight.

The larger 3.0L V6 with 224 horsepower and 215 pound-feet of rotational force is a much better option, but doesn’t come without problems of its own. Rated at 22 mpg combined, it guzzles more fuel than it should and still doesn’t offer enough horsepower for a seamless highway cruise. While the larger engine comes exclusively with an all-wheel drive and a 6-speed automatic transmission, the 4-cylinder pairs with a CVT and front-wheel drive, with all-wheel drive being an option.

Finally, the Mitsubishi Outlander PHEV pairs a 2.0L 4-cylinder engine with two 80-hp electric motors and a 12-kWh lithium-ion battery pack for a combined output of 197 horsepower and 22 miles of all-electric range. Moreover, the plug-in hybrid is rated at 26 mpg combined or 74 MPGe, and stands out as arguably the best model the Mitsubishi lineup in the U.S. has to offer at the moment. 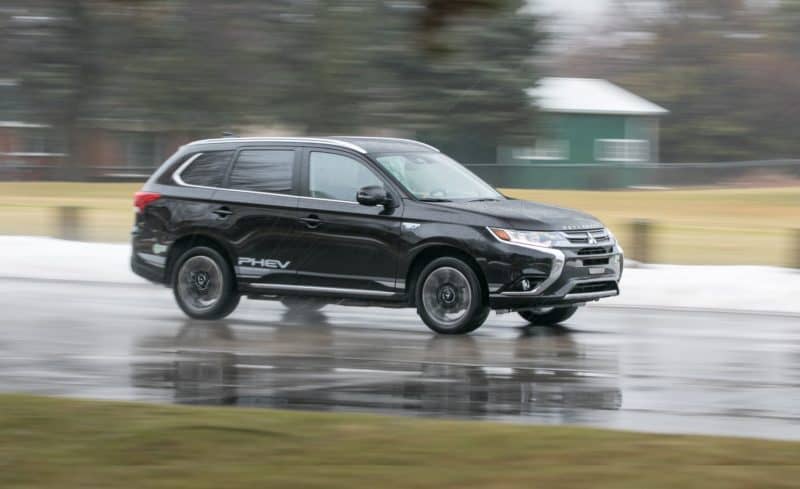 What’s Not in the New 2020 Mitsubishi Lineup

The name is the only thing the iconic Eclipse sports car and modern-day Eclipse Cross – which is a compact crossover – share.

The Eclipse Cross is the latest in the line of Mitsubishi vehicles, introduced for MY 2018. Built upon company’s GS platform, the compact shares its underpinnings with both the smaller Outlander Sport and the larger Outlander. It’s not overly inspiring, however, and U.S. sales figures of 9,485 units in 2018 reflect that.

Apart from blind-spot monitors and rear cross-traffic alerts, the Eclipse Cross lacks any standard advanced safety features, and although it undercuts the competition at $24,500, it doesn’t undercut it by much. Cheap-feeling interior materials, lack of space and unremarkable fuel economy for a small turbo-four are additional problems. The latest addition to the Mitsubishi SUV portfolio does sport a daring design but some will still find it to be too much. Apple CarPlay and Android Auto integration are available from the SE grade which commands a somewhat heftier price tag of $27,500.

As mentioned above, only one engine powers the Eclipse Cross SUV. A 1.5L turbocharged inline-four is good enough for unremarkable 152 horsepower but features a surprisingly-healthy 184 pound-feet of twist. It’s usually paired with an 8-speed CVT transmission and all-wheel-drive system, but entry-level models offer the opportunity to order a front-wheel-drive config as well.

As expected the Eclipse Cross handles nothing like the beloved Eclipse coupe, but it offers body roll in spades. Probably not exactly what the Mitsubishi engineers wanted to achieve, but the results are there nonetheless. 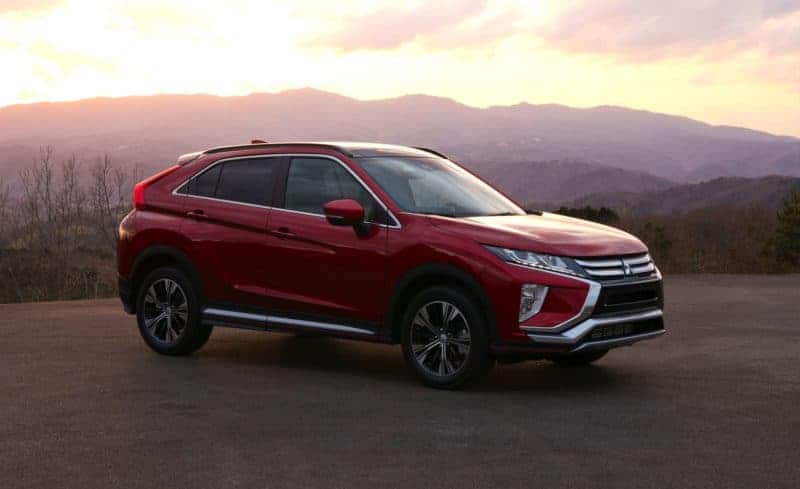 Available in both the hatchback and sedan (G4) forms, the subcompact Mirage is the last of the surviving Mitsubishi passenger cars on the U.S. market. As you can probably gather, it’s far from perfect, but at least it’s affordable. In fact, at under $15,000, the Mirage hatchback is one of the most affordable cars you can buy in the U.S., while the G4 sedan costs $1,000 more.

Both models offer standard cruise control, a rearview camera, and a 7-inch touchscreen display from the get-go and, apart from solid fuel economy, don’t have any more particular advantages.

They are burdened with an outdated design both inside and out, a harsh ride, a bad sound insulation, and low-output engines with the acceleration of an oversized snail. The Mitsubishi Mirage also boasts subpar safety scores, failing to excel in any of the given categories – both in the IIHS and the NHTSA tests.

Regardless of the model of choice, every Mirage comes with a 1.2L naturally-aspirated 3-cylinder engine which generates only 78 horsepower and 75 pound-feet of torque. Yeah, you read it right – it’s double digits for both the horsepower and torque outputs, and not even high double digits either.

An archaic 5-speed manual transmission is standard with the base models, but most Mirages get a more efficient CVT gearbox. Speaking of which, the Mirage returns up to 39 mpg combined with the CVT and 36 miles per gallon combined with the manual which are actually pretty solid figures, but taking into account the power of the engine behind them, we kind of expected more.

Until the next-generation Mitsubishi Mirage arrives – which won’t happen in 2020 – this is the only non-crossover Mitsu you can get your hands on in the U.S. Surprisingly, 24,316 people did just that in 2018 which is the nameplate’s best result to date. Although it’s the worst new car you can buy in the U.S. today according to Autotrader’s Doug DeMuro, the Mirage is still better than nothing. 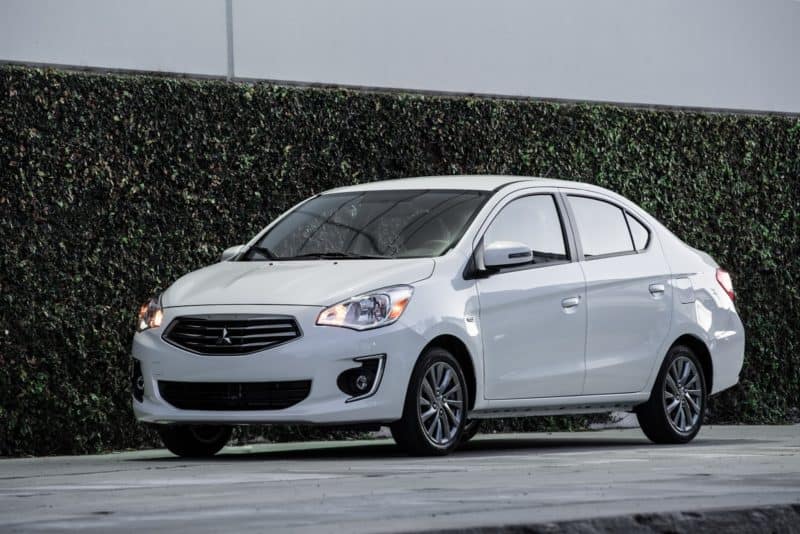