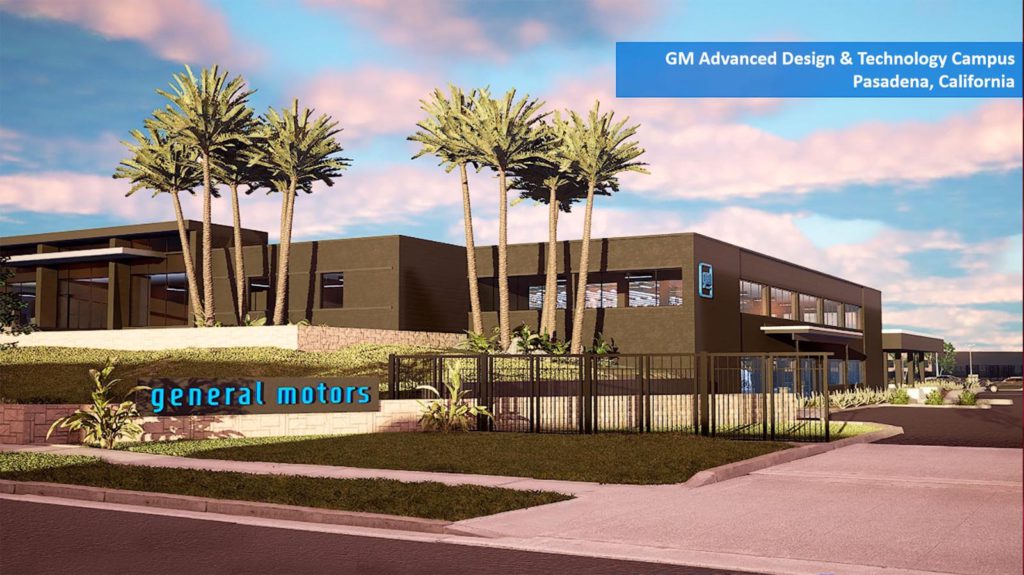 The new $71 million GM Advanced Design Center in Pasadena will be tasked with pushing the boundaries when it opens next year – even going beyond Earth’s gravity.

The automaker already operates a design and research center in North Hollywood, but the new campus, 14 miles to the east, will provide about four times as much space and plenty of new, cutting-edge technologies. It will emphasize the electric and autonomous vehicles that GM has committed $35 billion to develop. But it may also play a significant role in NASA’s upcoming lunar program.

“We’re always trying to reach out and see how far we can go and (find) what’s really the limit,” said Bryan Nesbitt, GM’s executive director of Global Advanced Design. “That’s what this space is all about.”

GM opened up its first studio in California in Newbury Park in 1983. The facility moved to North Hollywood 21 years ago. While the original focus was on advanced design, the current campus has increasingly emphasized advanced engineering, as well, taking advantage of “California’s technology epicenter,” added Michael Simcoe, GM vice president of Global Design, along with “the rich cultural diversity and talent in the region.”

The existing campus has played a critical role in the development of several striking concepts to emerge from GM, including:

GM developed the original lunar rover used in the Apollo program and is a front-runner for landing this six-wheeled, all-electric shuttle on the moon as part of NASA’s new Artemis project.

Most of what the new GM Advanced Design Center will focus on will be more down to earth. However, it will still be pushing the cutting edge, stressed Nesbitt, noting the massive transformation expected to completely transform the auto industry over the course of the coming decade.

GM’s new EVs will use skateboard-like platforms with their motors and batteries mounted under the load floor. That frees up space where an internal combustion engine normally would go. In turn, that can be repurposed for passengers and cargo. Autonomous vehicles could go a step further, as the Cruise Origin demonstrates how with no driver – or even a steering wheel – an AV could completely open up its interior, whether to serve as a shuttle pod, a delivery vehicle, or even a living room on wheels.

“Such new ideas,” Nesbitt explained, “are much farther out, maybe two generations out, from actual production.”

The sexy part of the new GM Advanced Design Center might focus on design, but the 8-acre facility will also work on next-generation technologies, such as infotainment and head-up display systems. It’s also developing new ways to create prototypes, both virtual and classic clay and foam models.

Automotive designers and engineers spend more and more of their time working in the virtual world these days. That helps speed up the leap from concept to production – while also cutting costs.

But, “Virtual can only get you so far,” stressed Nesbitt. No matter how good a new design might look on a video screen, you still have to put real humans inside of a life-size model to be sure it all meets customer expectations once your new product is ready for sale.