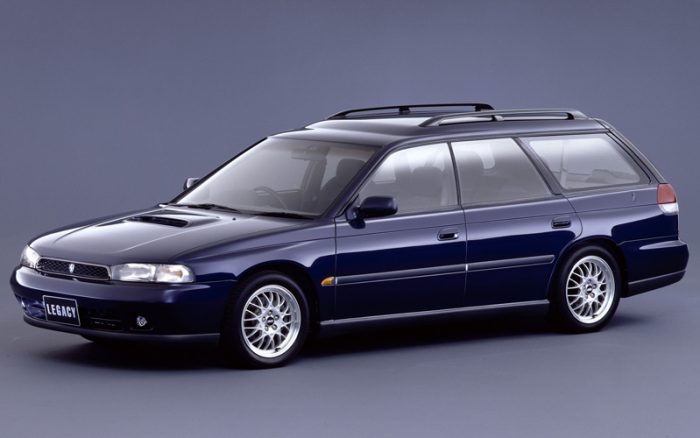 Many hearts have been broken by the almost cruel 25-year import rule here in the US. By this NHTSA law, one is not permitted to import a Japanese or European car (actually, any car from a foreign market) younger than 25 years. However, with 2018 only a month away, we compiled a list of cars that will be over 25 soon and which will be eligible for import from other markets. Remember, in 2018, 25 years ago will be 1993. Awesome cars will be eligible for import. We’ve done this in the past, in case you missed our last edition.

The latest generation was revealed only weeks ago, but the Aston Martin V8 Vantage from the Nineties seems to have a whole lot different appeal and character. It was the closest thing to a muscle car moment the refined British automaker has ever seen, and it was absolutely incredible. 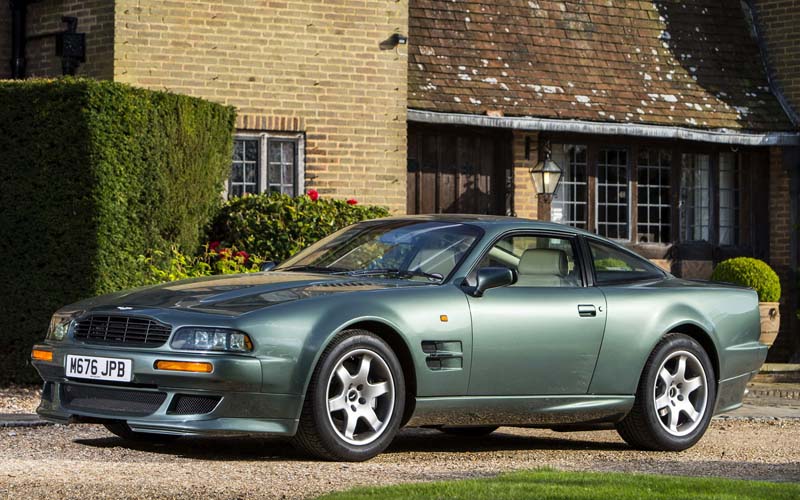 The Americans got a fine V8 Vantage with a naturally-aspirated motor. The Europeans, on the other hand, had something much better – a V8 Vantage with two superchargers bolted on a 5.3-liter V8 for a total of 550hp. Yes, in 1993.

Ok, the RS2 is the gold standard here, but we will have to wait for another year for it to become eligible for imports. The S2, however, was its precursor. A rather nice one, at that. With the coupe-sourced 2.2-liter five-cylinder motor developing 230 hp, the S2 Avant (and sedan, of which 306 were produced) was actually based on the B4 platform. Thus, the similarities of its AWD system and rear supporting beams with the A4 Quattro are readily apparent. 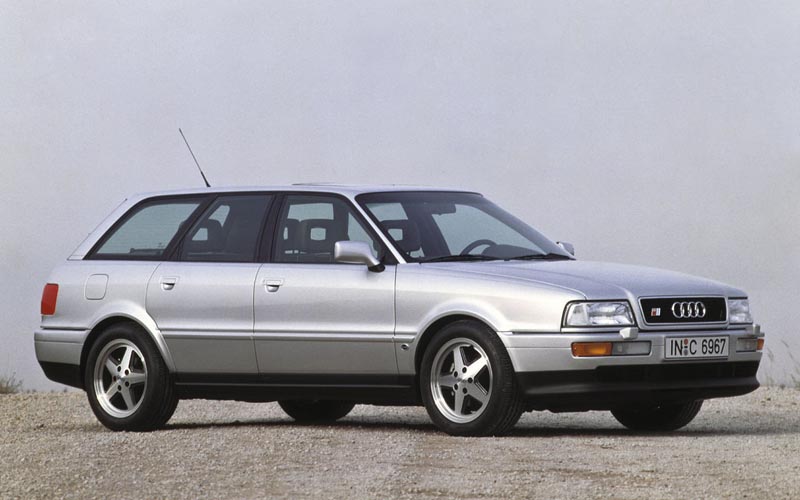 The S2 Avant managed to become a gearhead sweetheart in Europe. It managed a brisk pace with a 0-62 mph time of 5.7 seconds and a top speed in excess of 150 mph.

The BMW E36 M3 we got here in the US was only a shadow of the car available in Europe. There, the mighty M3 E36 actually was a stunning piece of sports car history that featured a three-liter unit developing 286 hp. We did get the M3 in 1995, but it was really only a purposefully tuned 325i. The M3 E36 in Europe was the one to have, and now, thanks to the constant marching of time, it can be had stateside. 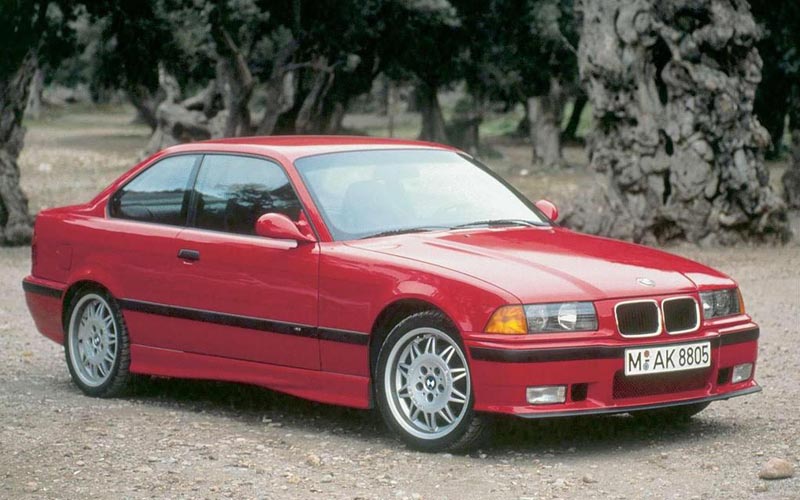 There are many still rolling on European streets, but nice examples – the ones you should look for – still sell for tens of thousands of dollars.

This one is a gearhead’s special, for sure. This coupe was considered to be a poor man’s Ferrari back in the day. However, although Road and Track included it in their list, Fiat produced only 120 or so Coupes in 1993. 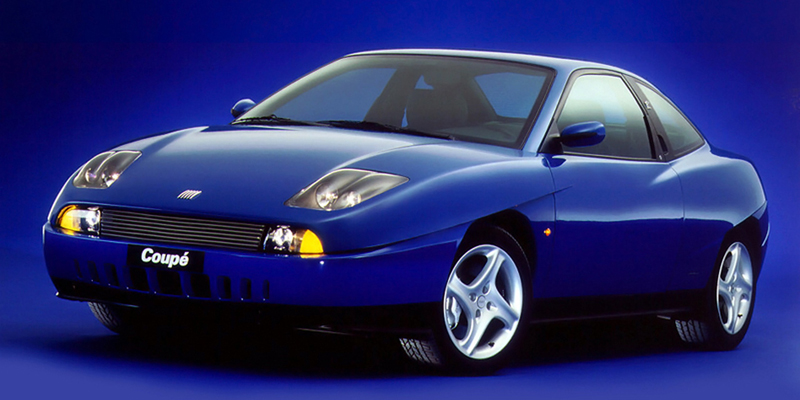 The first full year of production came in 1994 and the car was available with a four-cylinder naturally aspirated and turbocharged motor. However, later models from 1996 with five-cylinder turbocharged 220hp motors are the ones to look for (and wait for, coincidentally) as we’ll be able to import them in just three more years.

Another Italian car, and another legend. As the ultimate iteration of the famed Delta Integrale, the Lancia Delta Integrale Evoluzione II was a rally car homologation special. 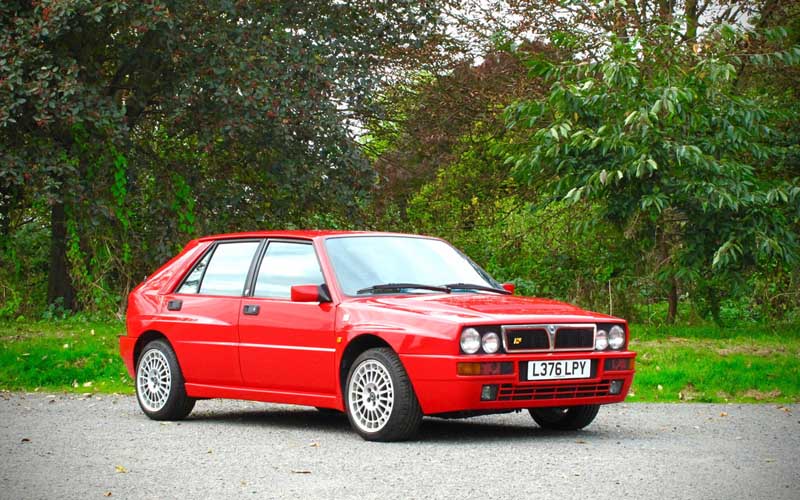 With all-wheel drive, 215 hp, and a number of advanced driving technologies, the car was able to accelerate to 62 mph in 5.7 seconds and top out at 137 mph. As far as the hot-hatch ethos goes, this Delta Integrale Evoluzione II was the ultimate of 1993.

This is easily one of the fastest four-cylinder cars ever. The Lotus Esprit Sport 300 of 1993 was loosely based on the Esprit X180R racer that has competed successfully in the American SCCA and IMSA supercar series. With a 302 hp four-cylinder 2.2 liter motor, Renault sourced transmission, and lightweight body (lighter compared with the Esprit S4), the car is able to reach 60 mph in 4.7 seconds and 100 mph in 11.7 seconds. At the top end, the Esprit Sport 300 could hit 168 mph. 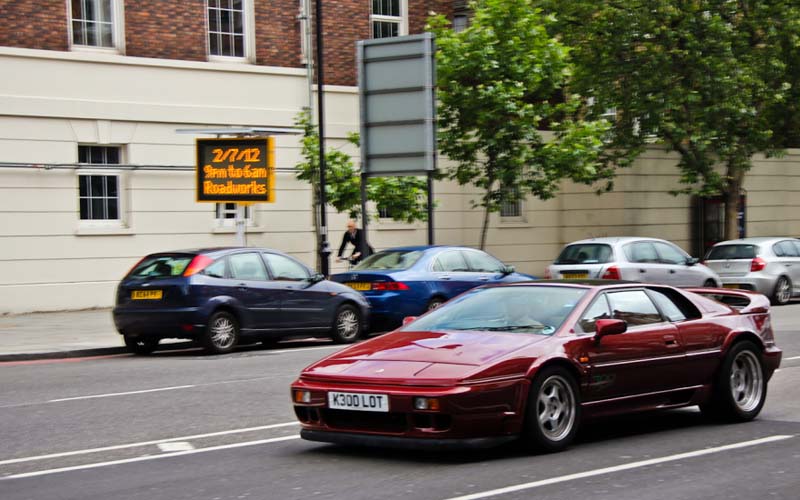 As the cars are in short supply on the market, you would be really lucky to stumble upon one. If you do, however, buy it immediately. As far as classics go, this one is remarkable.

Really? A Lantis? Yes, a Mazda Lantis – with a V6, to be precise. With a two-liter V6 developing 150 hp, the Mazda Lantis was one of the weirdest cars of the Nineties. If you are into weird stuff, then the Mazda Lantis should be a top pick. 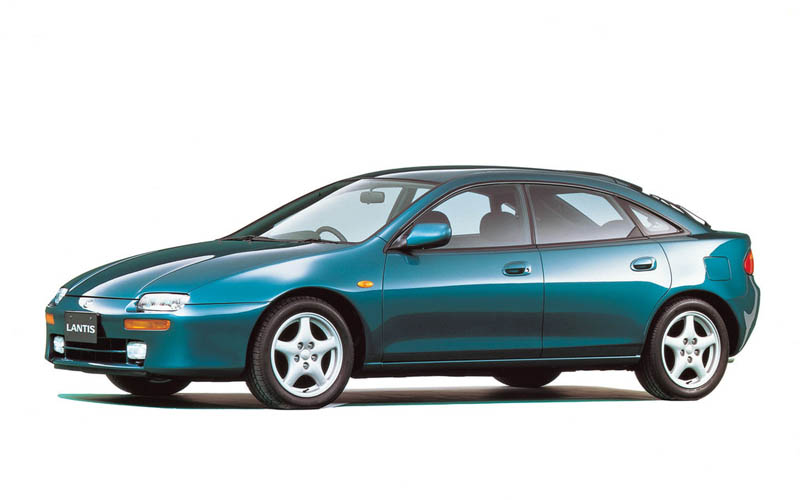 As a sedan with strange looks and even stranger motor, the Lantis V6 was a Japan-only endeavor which we didn’t get to enjoy stateside. It’s not going to blow you away with its performance or capability, but there really is something charming about the lil guy!

Only a handful of cars were produced in 1993. Nevertheless, the McLaren F1 is definitely one of the most iconic supercars of the past century. In fact, ever. 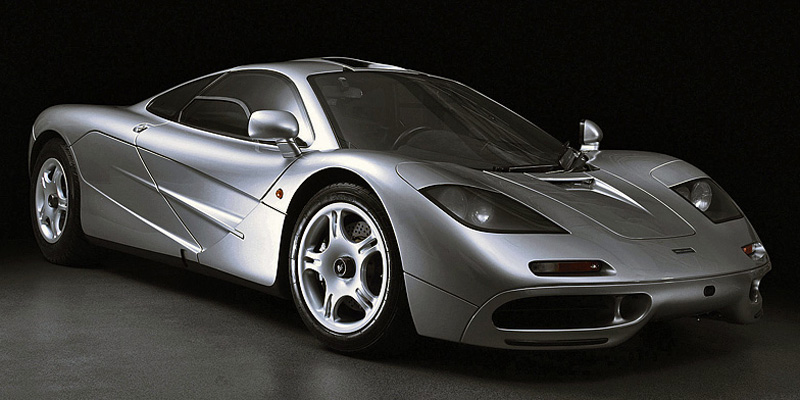 Although some do exist in the US thanks to show-and-display exemptions law (these cars can travel up to 2,500 miles per year), in 2018, you will be able to import those produced in 1993 without any issues. Assuming, of course, you have a few million dollars to spend. This is an expensive car, and the only car on this list that can top 240 mph.

One of the car enthusiast’s favorite JDM rides, the Nissan Skyline GT-R (R32) V-Spec most certainly will be the one to look for. The V-Spec (V for Victory, mind you) received a number of cool additions over the Skyline GT-R – bigger brakes, multi-spoke BBS wheels, and, most importantly, an active limited-slip differential. 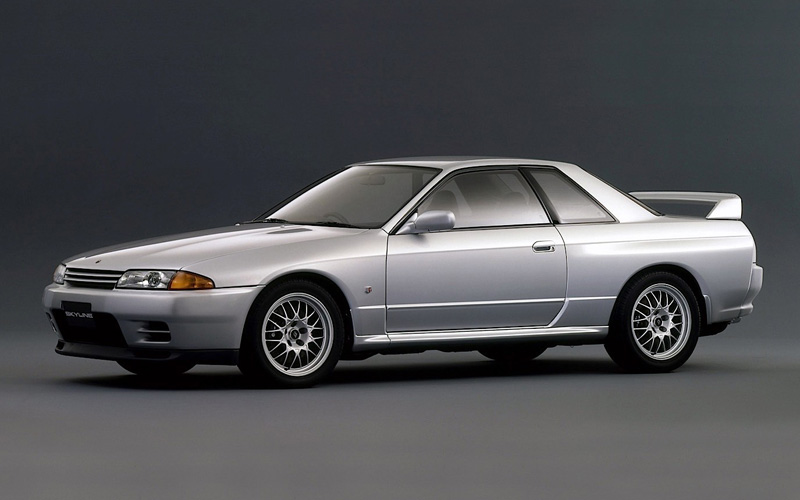 Some of the R32 GT-Rs have been already imported into the country. They’re all incredible in their own rights, but the cream of the crop is the V-Spec.

With only 55 units produced, the Porsche 911 (964) Carrera RS 3.8 is a definite extreme in the world of 911s. With its 300 hp 3,746 cc SOHC air-cooled horizontally opposed six-cylinder engine and Turbo-sourced body, this was a lightweight, track-ready version of the Carrera 2. It was specially crafted for European Porsche enthusiasts, but soon, it can be found stateside. 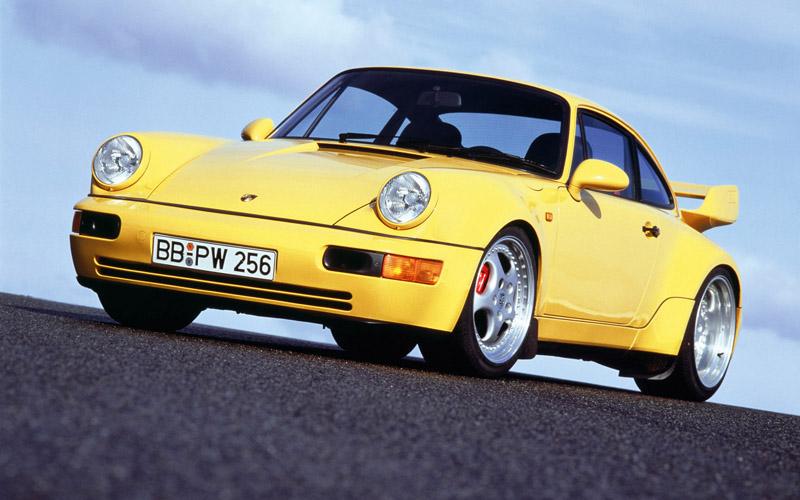 Apart from the uprated engine, specially tuned suspension, and exceptional body-kit, the Carrera RS 3.8 has been considerably lightened compared with the Carrera RS. Porsche managed to slash 385 lbs of weight. Expensive? You bet!

As a rather luxurious front-engined Porsche, the 968 was on its last legs in 1993. However, it did receive its most extreme variation – the 968 Club Sport. Porsche removed all the luxuries, lightening the car by 220 lbs. Considerable weight saving and revised suspension lent itself to a dramatic change in 968 road behavior. 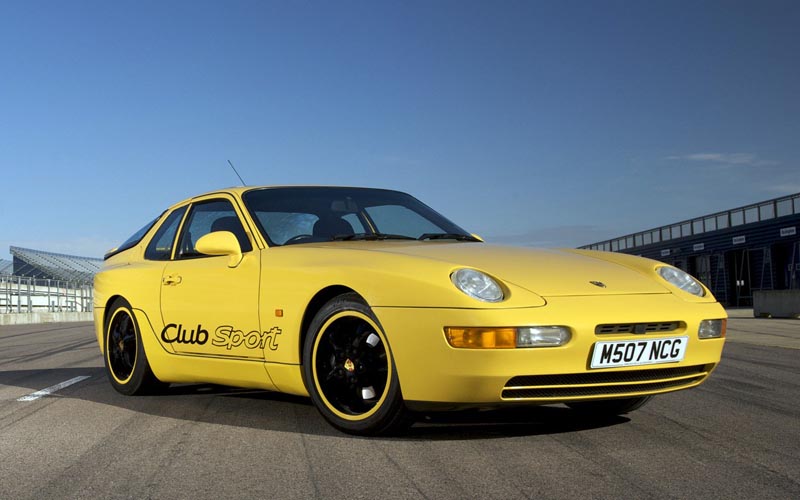 All of a sudden, a lazy car became rather thrilling and engaging. It still used a 240 hp three-liter four-cylinder motor, but now the same motor accelerated the car to 60 in 6.1 seconds.

With 147 hp, a wider chassis compared with other Clio cars, the famed Williams name, and exceptionally low weight, the Renault Clio Williams was named as one of the best hot hatches ever produced. It entered production in 1993 and was famed for its responsiveness, speed, and engagement. 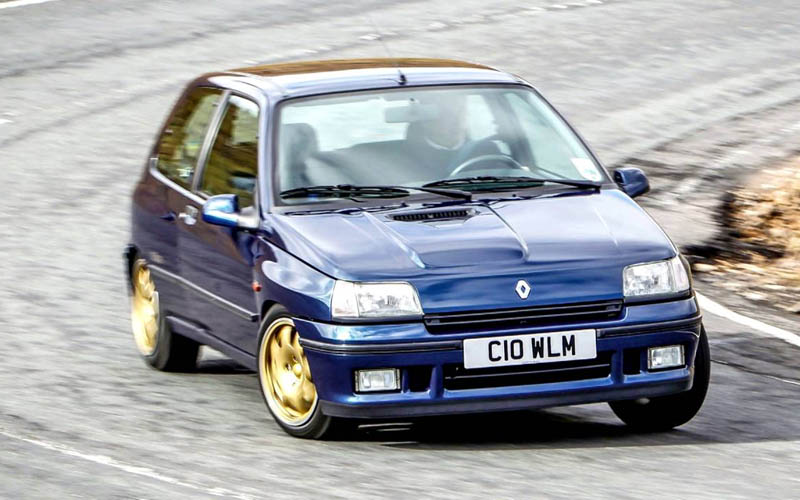 Although Renault wanted to produce only 2,500 units for homologation rally purposes, the car was so good and popular that Renault ended up building more than 12,000 units across three different versions.

The second generation Legacy GT is an icon. In its GT form, the car was served with a two-liter twin-turbo engine good for 250 hp and 228 lb-ft of torque. Available with a five-speed manual, 4-Wheel Drive, and Limited-Slip Viscous Centre Differential (VCD-4WD), the Legacy GT certainly was a sleeper like no other. A sleeper which you will be able to import into the country next year. 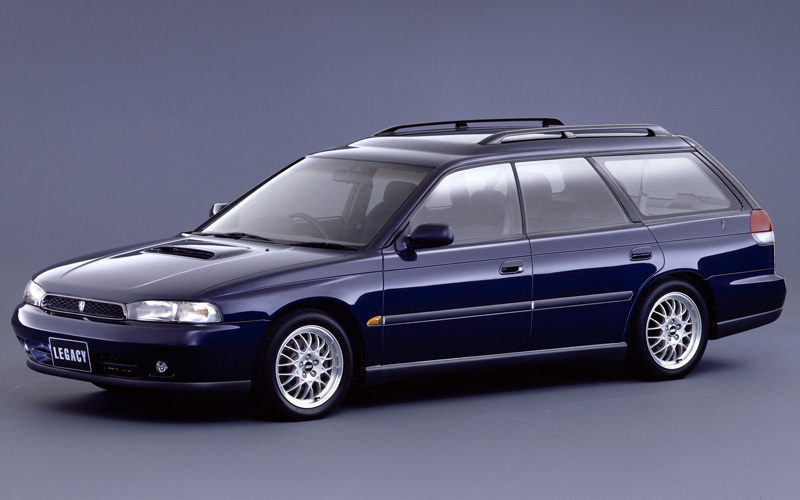 Bear in mind, the law is strict, and the car is eligible for import after 25 years to the month it was built. So, if you are looking to import one in January 2018, but the car was produced in, say, June 1993, you would not be able to do so.