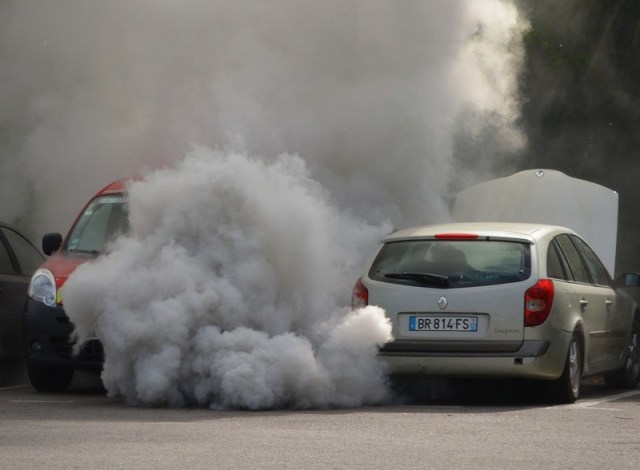 Diesel cars are wildly popular in the UK, but then again, so are beans on toast and crumpets (what are crumpets, anyway?). Sure, there have been some decent diesel units over the years, but for every Mercedes 300 D, there’s a Peugeot 505 waiting in the wings.

We’ve gathered a list of some of the most notoriously disappointing diesel cars ever produced. These diesels are the worst of the worst – the ones that only stay running when the stars align and the moon is full. 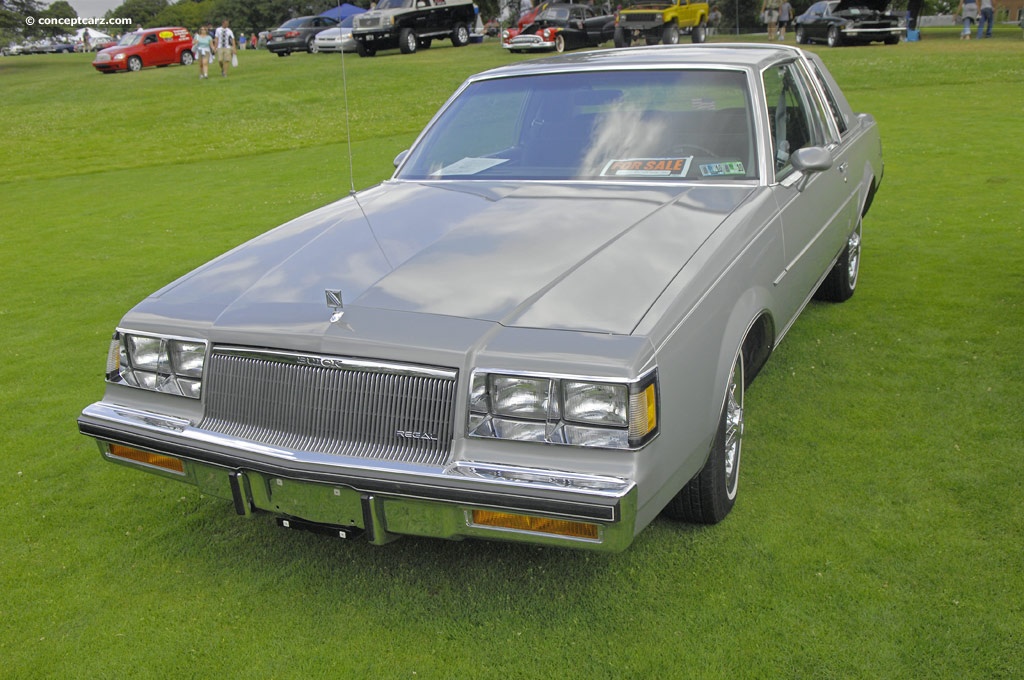 The second-generation Buick Regal had some glorious moments – for example, the birth of the Grand National. It also had all-time lows, such as the introduction of the 350 cu-in diesel engine. This ill-conceived powerplant made just 105 hp while producing an admittedly impressive (in relation to the horsepower figure) 205 lb-ft of torque. You’d probably beat a Vespa off the line, but you’d be hard-pressed to win that redlight showdown.

Not only is this Oldsmobile-sourced engine stinky and underpowered, it’s unreliable. Weak bolts paired with a high compression ratio led to cylinder heads that lifted away from the engine. 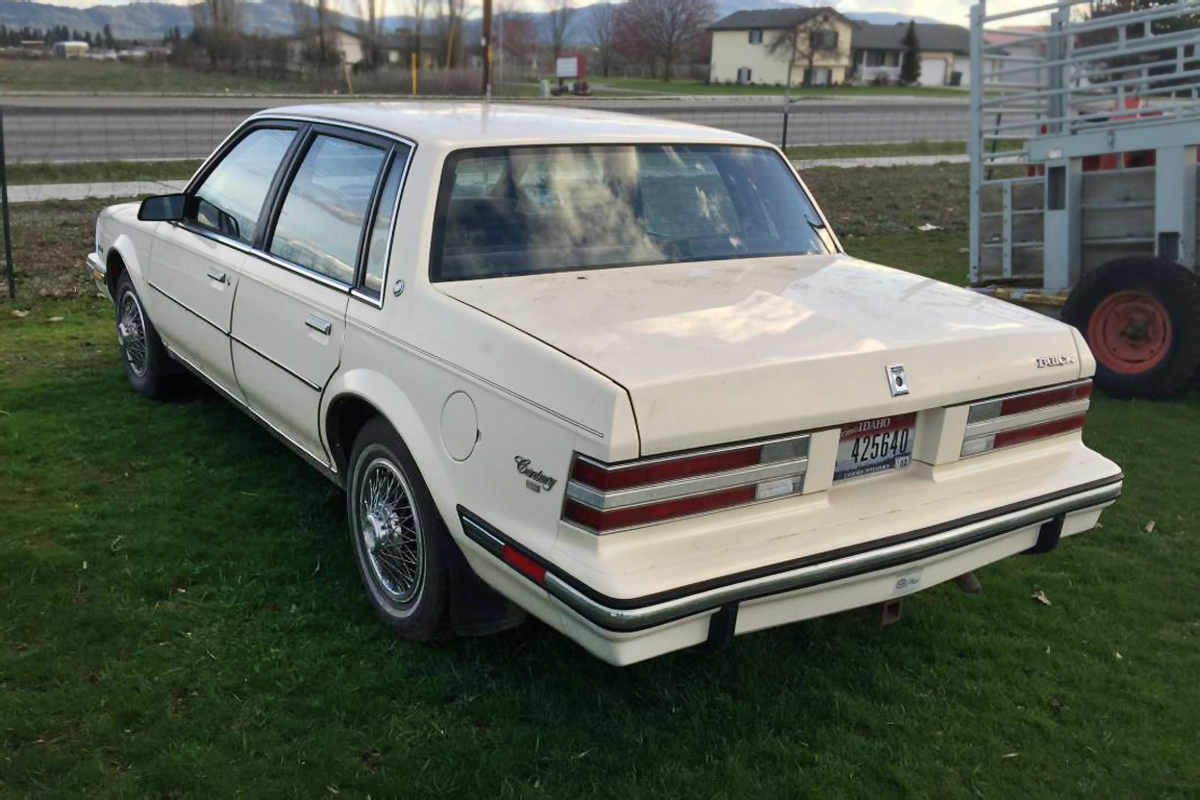 GM also produced a 4.3L V6 diesel and stuffed it into a number of cars, including the Buick Century. The six-pot diesel was basically the same engine as the V8 with a couple of cylinder lopped off. To fit in the front-wheel drive Century, the 4.3L also  had to be flipped sideways. The Century’s performance is far from stallion like – it’s closer to that of a pygmy pony. Power ratings come in at 85 hp and 165 lb ft. At least it’s got enough toque to tow a moped – maybe two. 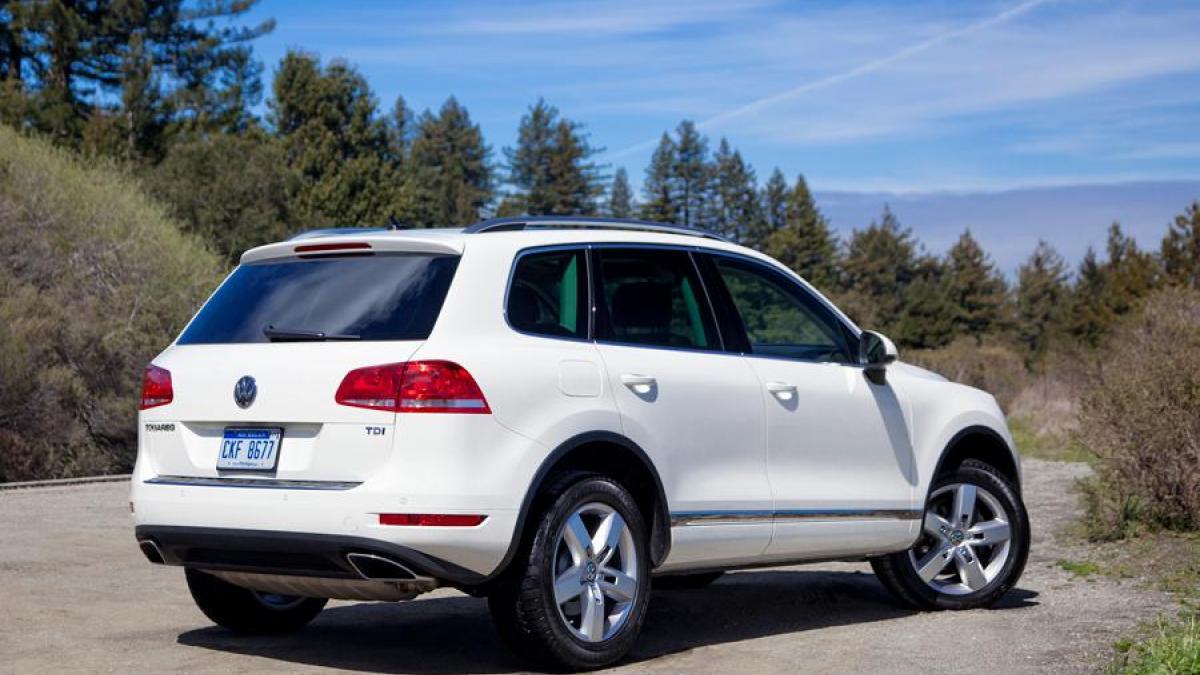 Don’t get us wrong, the TDI “Clean” Diesel isn’t a bad engine, but the Touareg itself is a horrible vehicle. From driveshafts that fall out to control modules that go insane, the Touareg is an atrocious minivan masquerading as an SUV.

Then there’s that whole Volkswagen diesel scandal. The TDI is a stout engine, cranking out 237 hp and 406 lb-ft of torque. Unfortunately, it’s also a fraud. There’s nothing clean about the TDI Clean diesel. It was rigged to pass emissions, just like the other diesels involved in the $14.7 million-dollar lawsuit against VW. Don’t’ think we’ve forgotten, Volkswagen. 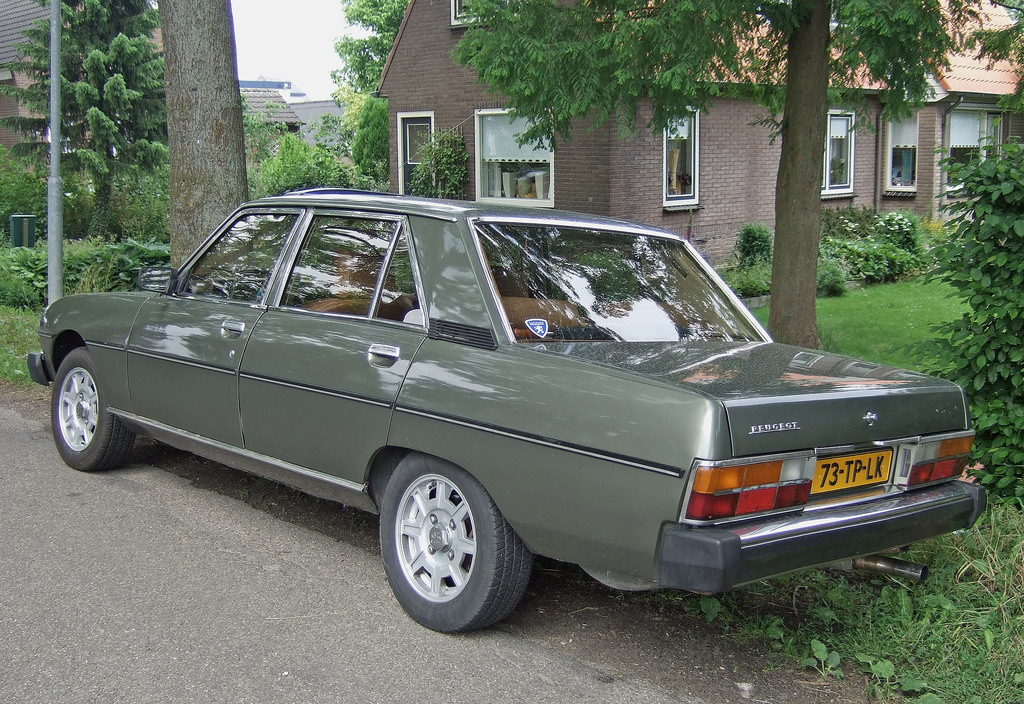 Styled by Pininfarina – but regrettably built by Peugeot – the 604 GTD is a rolling disaster. It features classic Peugeot engineering such as shoddy electronics and inferior mechanical bits. Power-wise, it’s good for around 107 ponies, making it comparable to the 350 diesel Buick Regal. Another thing the 604 GTD is known for is its gigantic rubber bumpers – they look like they belong on an amusement park ride. No wonder Peugeot is no longer sold in the states. 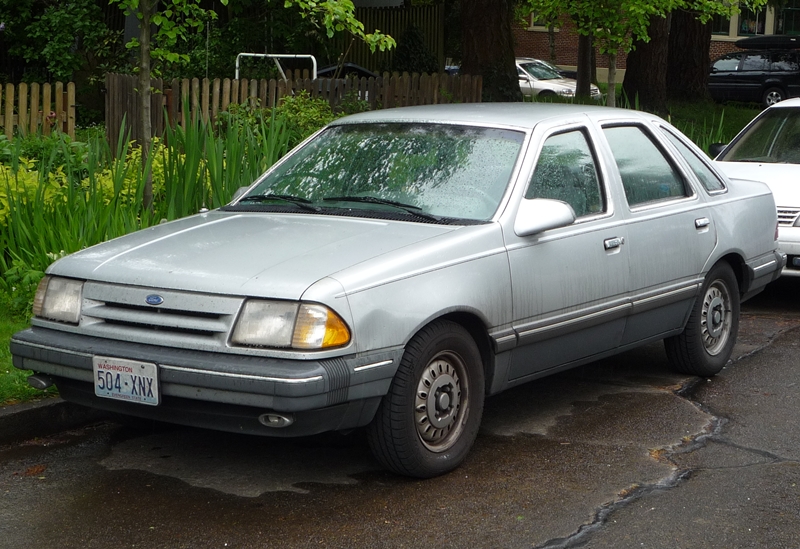 Yes, there’s a Ford Tempo diesel – and yes, it’s horrible. The Mazda-built 2.0L engine turns out a whopping 52 hp, according to Automobile Catalog. Hamsters on wheels are known to make more power. Only a measly four-speed manual is paired with the diesel engine, as the car is dangerously slow with an automatic transmission.

Diesel engine or not, you’ve got to ask yourself: do you want to be seen driving a Tempo? Unless you’re still rocking a mullet and MC Hammer pants, the answer is surely no. 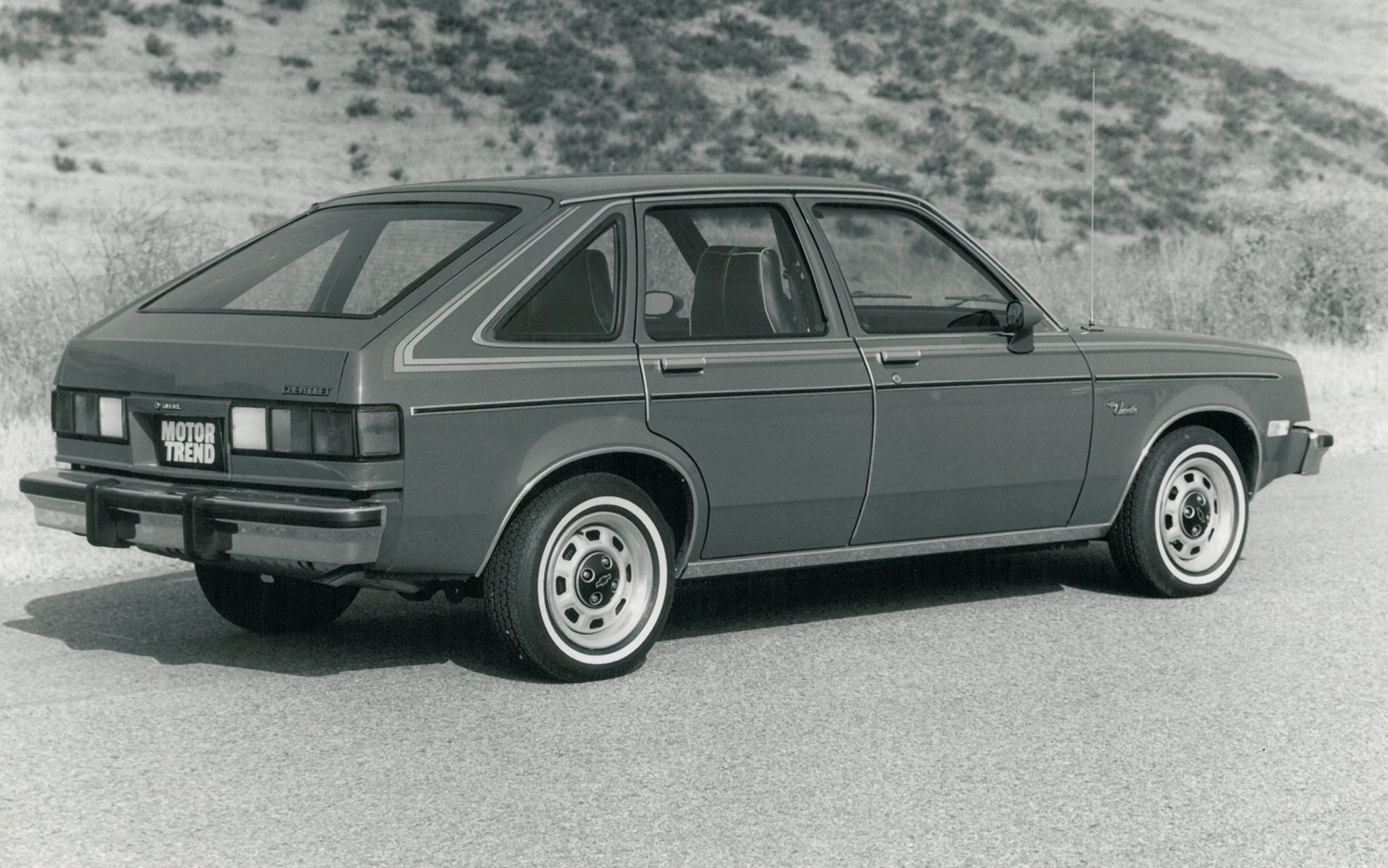 The Chevrolet Chevette is on nearly every list of the “Top 10 Worst Cars”, and adding a 1.8L Isuzu diesel engine to this sardine-can-on-wheels didn’t help. The oil-burner is good for a scant 51 hp and 72 lb-ft of torque. This took the Chevette from slow to sloth-like, making it an annoyance to freeway drivers everywhere. It has a top speed of 55 mph, but hey, at least it gets 40 mpg. With the money they save on gas, maybe Chevette drivers can squirrel their funds away for a real car. 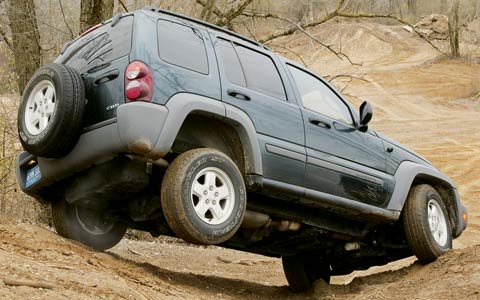 It’s no surprise the Jeep Liberty diesel lasted only two years in the states. The little Jeep suffers from many diesel-specific problems, such as fuel system cavitation. Plus, it carries over problems inherent to all Liberties, like the weak 545RFE transmission. The engine is a VM Motori 2.8L four-cylinder, making 160 hp and 295 lb-ft. Not a bad amount of torque for a pavement-loving mini SUV. Still, if you’re going to get a Jeep, get a Wrangler. Rumor has it a diesel-powered variant may be coming soon. 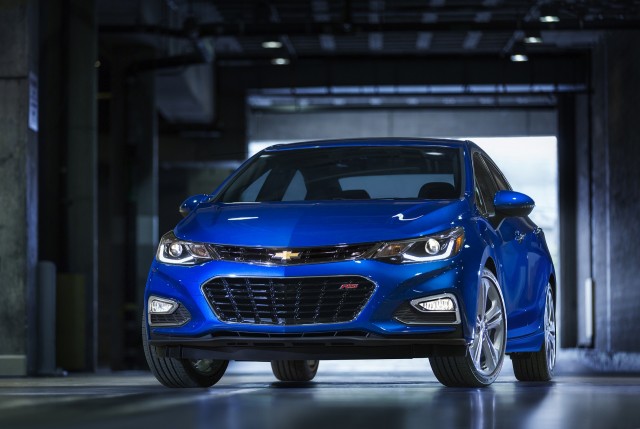 Chevy doesn’t exactly have a  reputation for building great small cars. Remember the Cavalier? The Cruze is the latest addition to GM’s line of compact junkers.  Not surprisingly, the Cruze has a long list of recalls and campaigns against it, including one for the steering wheel falling off.

The current iteration of the Cruze diesel is powered by a 1.6L four-cylinder, making 137 hp and 240 lb-ft – not much more power than the GM diesel cars of the 1980s. Technology is advancing at a lightning-fast pace, but General Motors hasn’t come far since the days of big hair bands and Ronald Reagan.

Or could it be the long history of self-destructing diesel cars offered stateside? One trip in a Buick Regal diesel and you’ll be convinced of the latter.

What’s your stance on diesels? Are they the saving grace of the car world and secretly vastly superior? Or do they deserve every bit of the bad rap the media has given them? Let us know in the comments below!