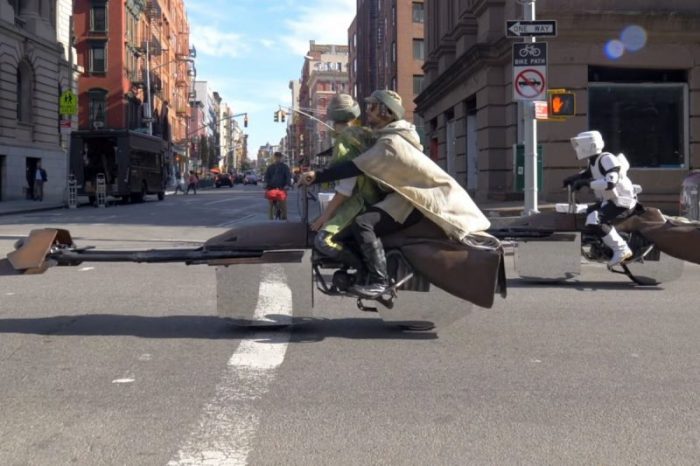 Sadly Halloween is over – but it gives us all plenty of time to build these fully functioning Star Wars Speeder Bike replicas ready for next year’s round of trick or treating. We’ve seen replicas of these bad boys before, but these ones from Lithium Cycles are the best. The classic Star Wars: Return of the Jedi 74-Z speeder bikes (thanks Wookieepedia) have been on everyone’s “want list” since they first appeared on the screen back in 1983, and ever since we saw them thrashing their way around the Forest Moon of Endor, we’ve wondered how we could make one of these in real life.

While we were pretty impressed with the efforts of Wisconsin based company Vintage Works and their two wheeled incarnation of the famed Star Wars speeder bikes, we that they’ve been out done by this version from Lithium Cycles. Lithium Cycles are the makers of small electric motorcycles, and they decided that their quirky Super 73 model would be the perfect platform to build our favorite hover bike from a galaxy far, far away. And they’ve done a fantastic job. 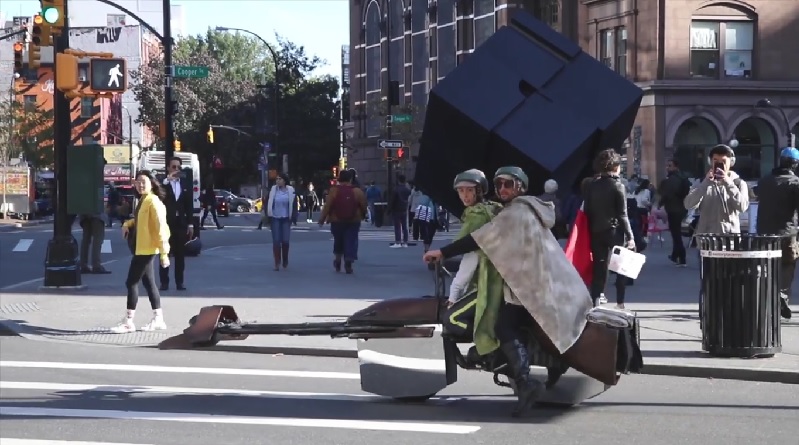 Capitalizing on two hot topics right now (Halloween and the upcoming Star Wars movie) the team at Lithium Cycles got to work transforming the Super 73 into a fully functioning Star Wars speeder bike. Visually, it hits the marks – and the overall performance doesn’t look too shaky either. In the past, these speeder bike replicas often travel at very slow speeds thanks to the odd weight distribution, but Lithium Cycles have managed to build something that can successfully navigate the busy city streets – and two up, too. 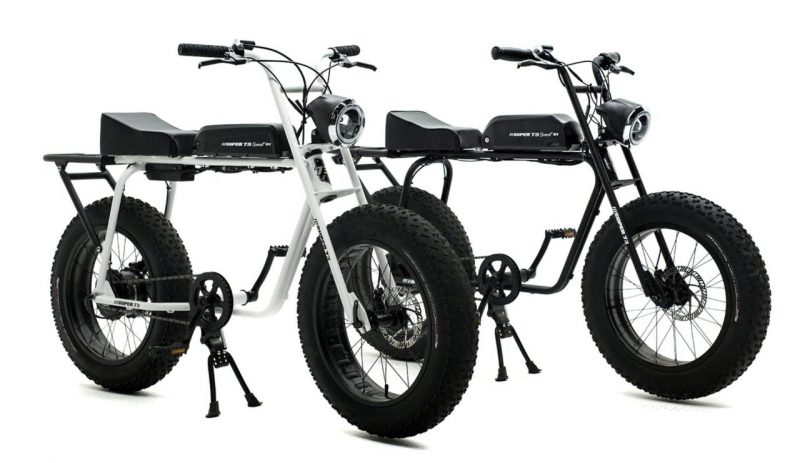 Sadly, it doesn’t really fly though. However, the builders decided to give it the illusion of sustained flight by wrapping the wheels in a mind-bending mirror camouflage to keep any interested onlookers guessing.

Judging by the video, there were plenty of interested onlookers indeed. And that’s the whole point of this little stunt: it’s an advertising campaign. At the end of the day, Lithium Cycles are showcasing how much fun a little electric motorcycle can be – but they’re not spamming you with their product over and over again in the process. 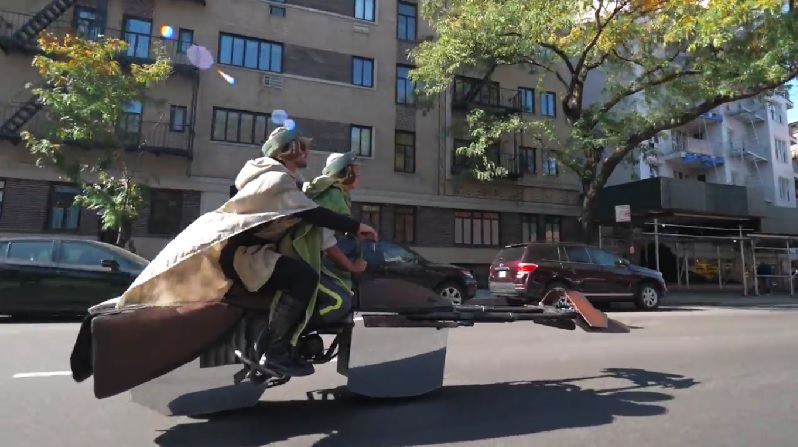 However, if you’re interested: the $3,200 Super 73 is quite the cool little runaround if you’re in need of a pocket sized ride to get you from A to B in the city. Sadly, they’re not offering a Star Wars speeder bike option at their dealerships…but if you want to know how one of these was made, do check out the video below. Whoever is in charge of the marketing department for Lithium Cycles…well, they need a medal for this one (unless they’re a Wookiee).

And if you want to know more about flying motorcycles…then this news from Russia should enlighten you.