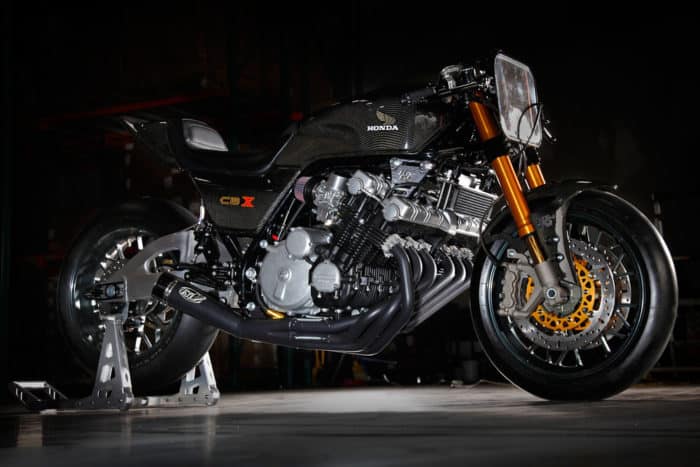 Nick O’Kane’s 1982 Honda CBX1000 inline six racer is one of the coolest things we’ve seen recently. As custom bikes go, this one ticks all of the right boxes. Not only is it built around the formidable Honda CBX1000 base, it has also been treated with a wide range of donor parts from our favorite sportsbikes, a healthy amount of modern machinery, and a liberal amount of carbon fiber. In a nutshell, it’s a badass motorcycle that’s sure to turn heads wherever it goes. 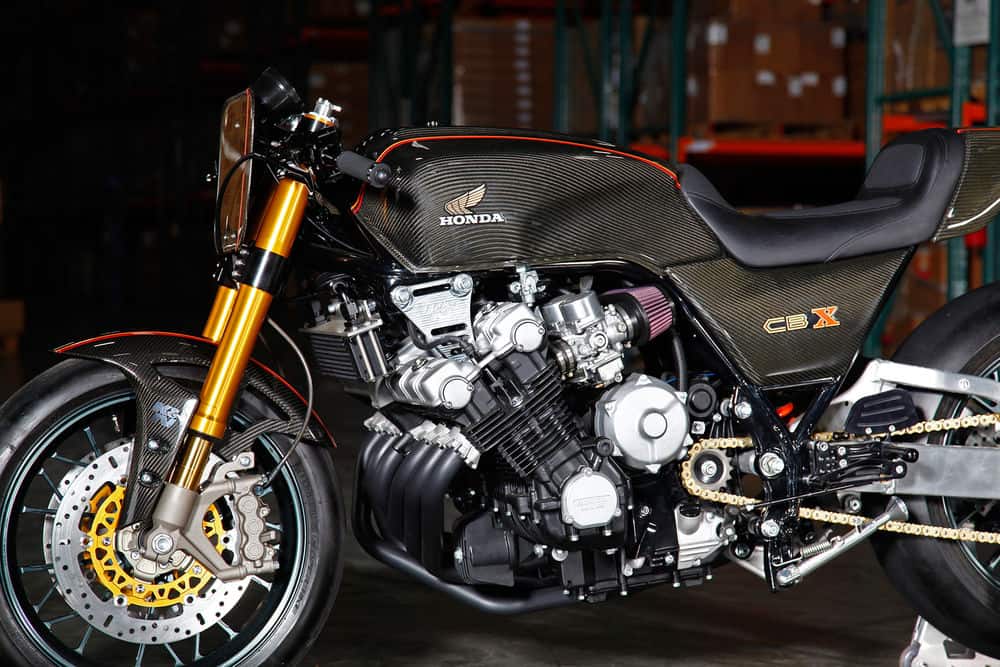 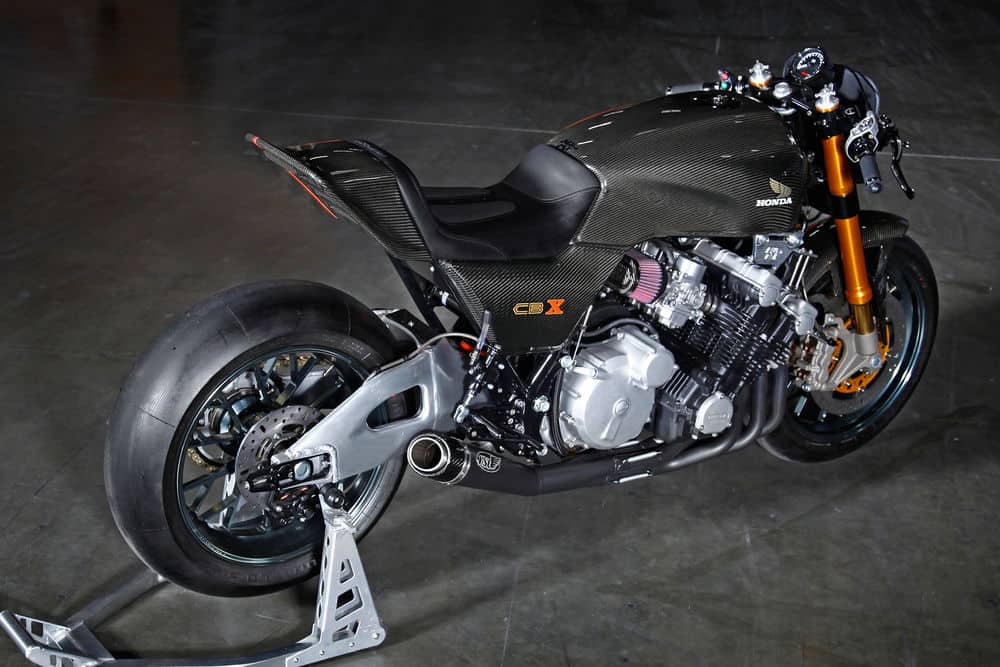 Fortunately for Nick, who works as the national account manager for K&N Filters, sourcing the best parts and calling in help from some of the industry’s best was all in a day’s work, but this is more than just a few top end bits bolted together. This is a labor of love that demands enormous respect. After setting his heart on the CBX platform, the very same bike designed by Shoichiro Irimajiri (more famously remembered for Honda’s 6 cylinder GP racers from the ‘60s – and the Sega Dreamcast, of all things…!) Nick had to source one of these incredible machines. After locating a 1982 model, which he found in the form of a pile of no less than ten individual boxes, it was time to get started. 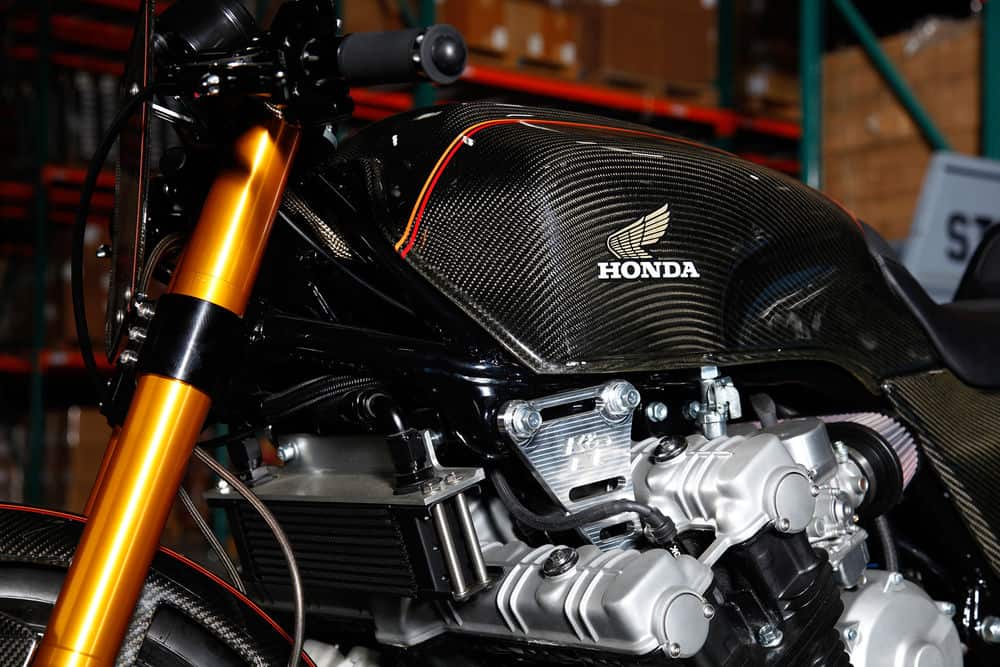 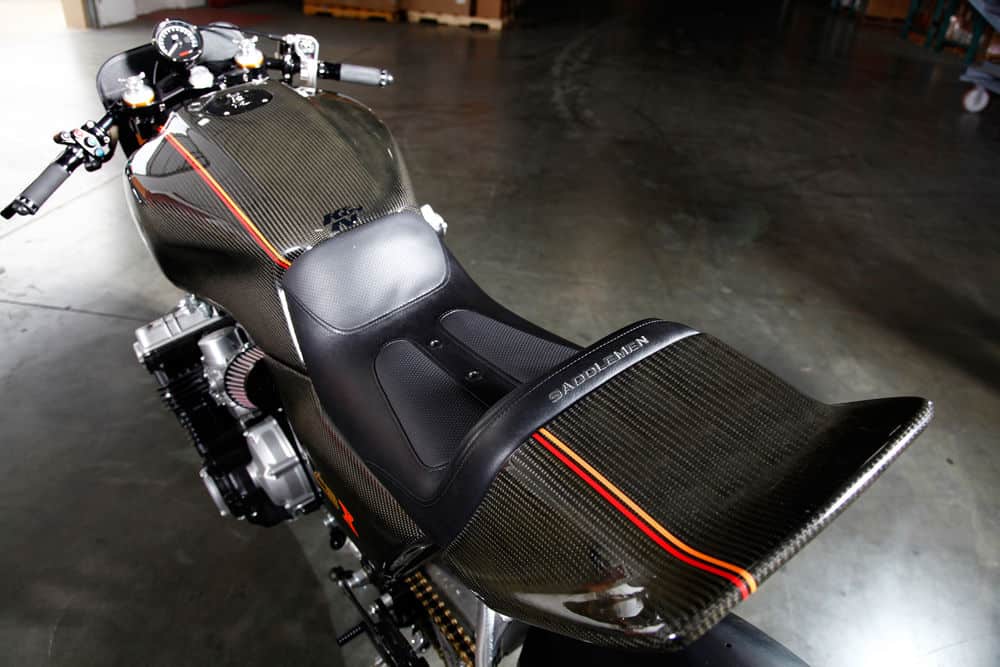 Before assembling his boxed parts into anything resembling a motorcycle, Nick called in some help from K&N’s in house fabricators, who built him a beautiful set of carbon fiber goodies, including the new fuel tank, the body work, and that sensational tail section. The original parts were used as molds but reshaped to give the CBX1000 a racier stance, giving the bike a sportier flavor and a lightweight and durable finish. The carbon fiber bodywork has also been complimented with a new custom seat from Saddlemen. 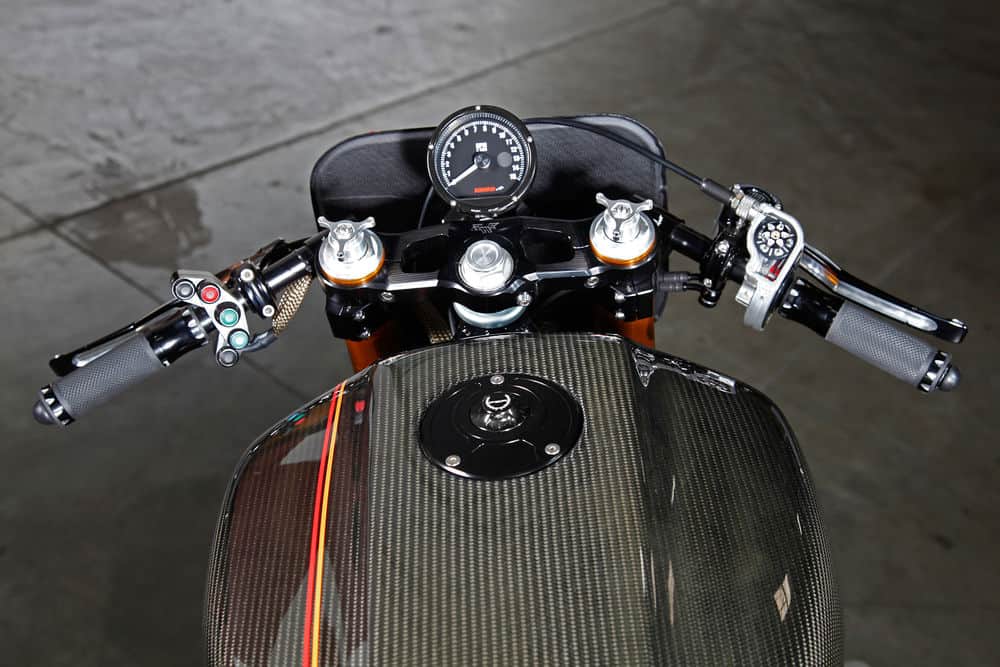 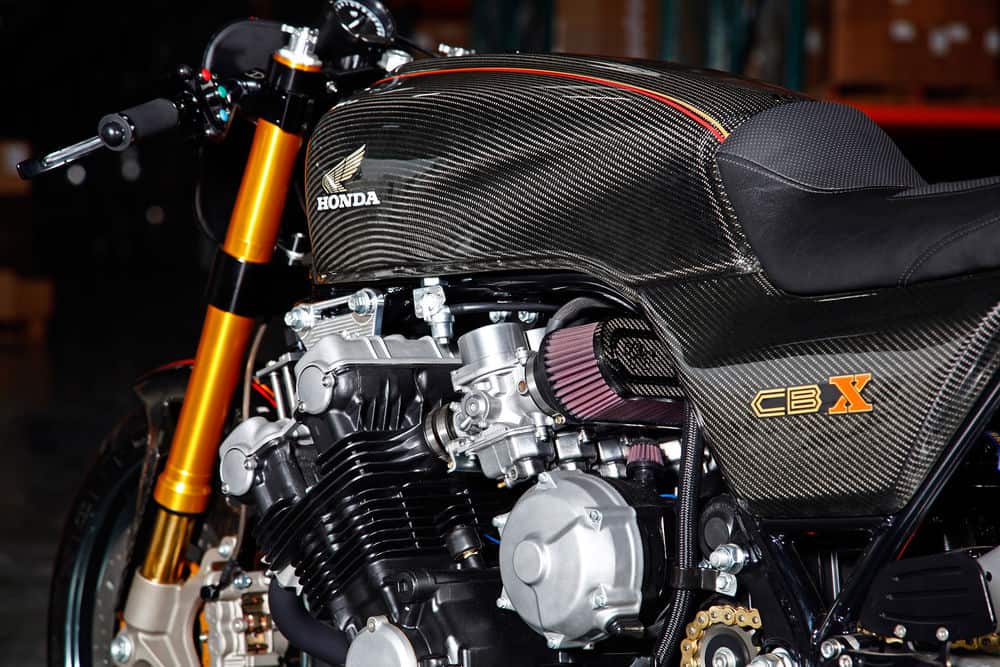 The frame also underwent some surgery, and the angle of the steering head was revised. The steering stems are completely custom and work with new triple clamps from Robby Moto Engineering. The front forks were scrapped and replaced with a set from a 2007 Yamaha R1, and the rear shock is a modern Ohlins unit – although that has been paired with a swing arm from a 2006 Suzuki GSX-R1000. The wheels are aluminum units from Excel Pro Series, and they’ve been shod with Pirelli race slicks. 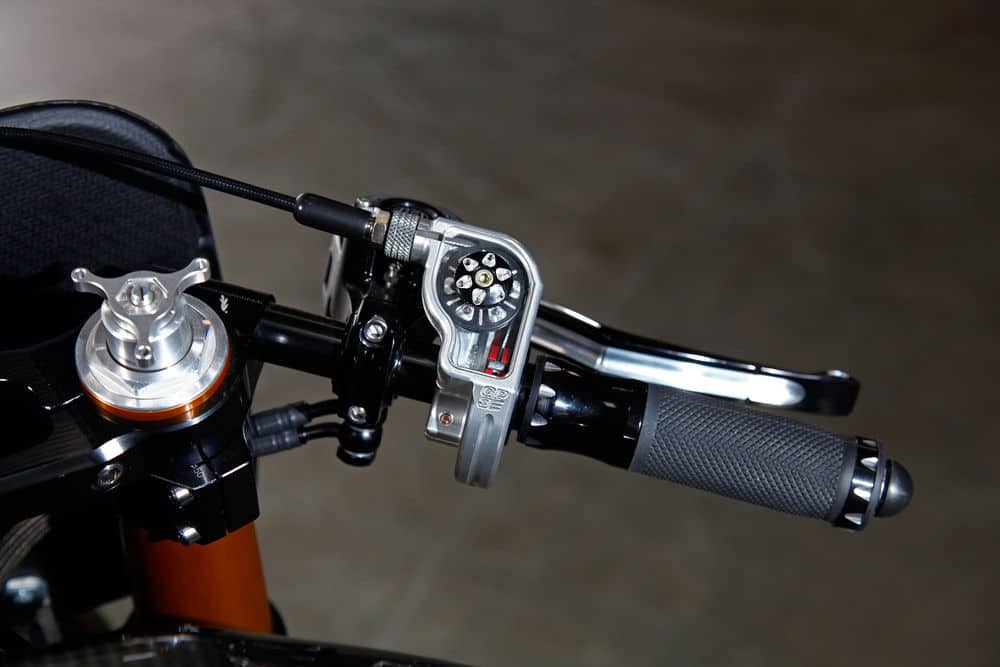 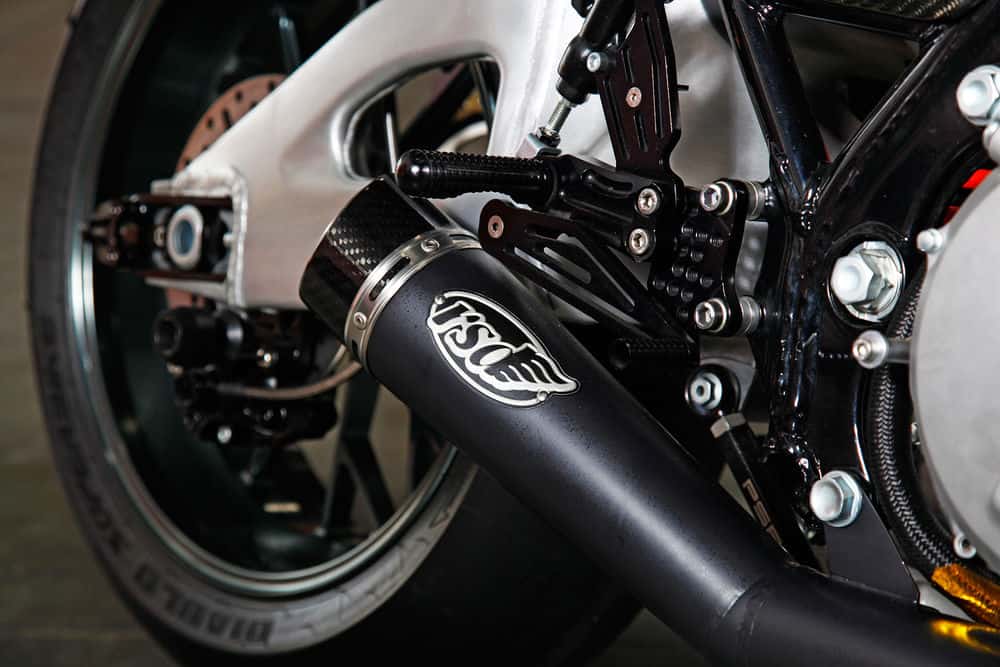 The awesome 1,047cc engine has been treated to new black ceramic coated headers from DG Headers, which are tipped with an awesome silencer from Roland Sands Design. Naturally, since Nick works for K&N, the filters…are three into three K&N filers. No surprise there. Apart from cleaning out the carbs and breathing some new life into the cylinder head, the job was done. 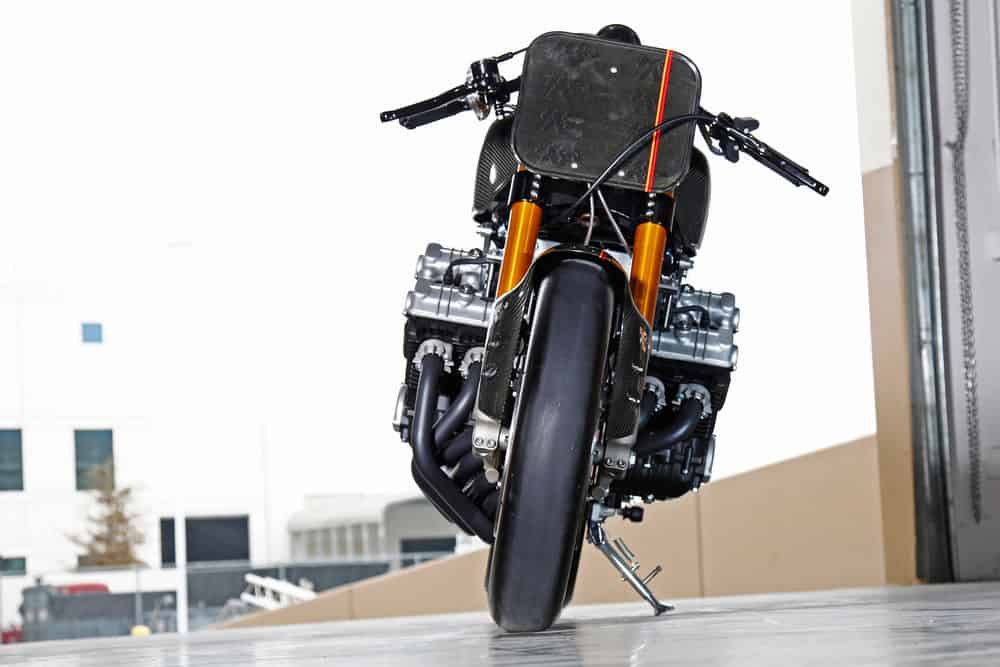 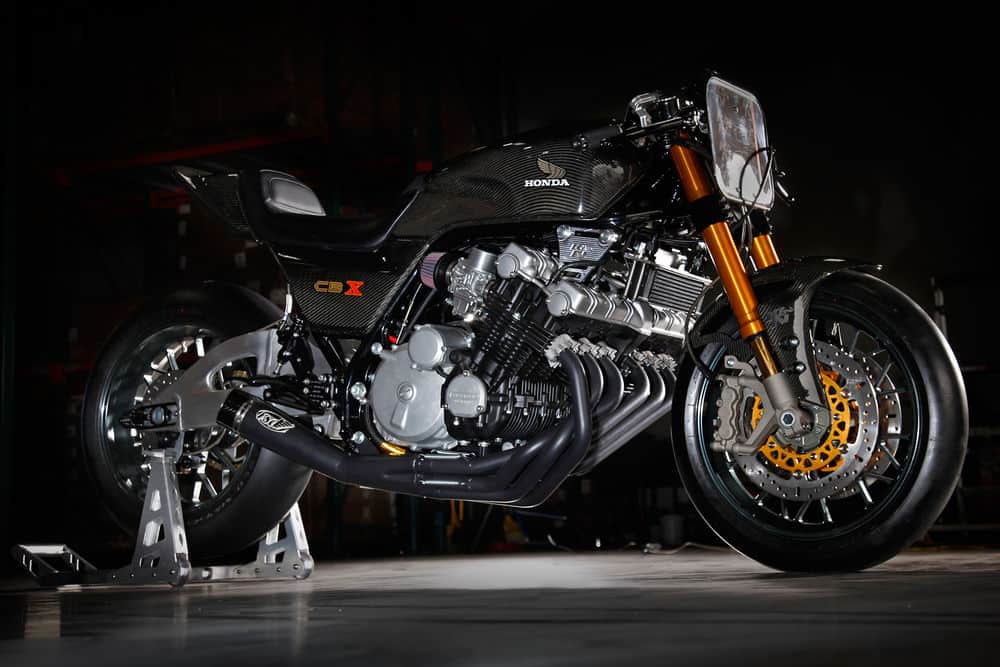 In an interview with Cycle World Nick said: “I can’t say enough about the sound of this bike. A symphony of six cylinders comes to life as you open the throttle. It sounds like God gargling—such an epic bike to ride and simply enjoy.”

We hear you, Nick. It looks like an absolute blast!


Everything You Need To Know Before Buying A Pit Bike
10 Best Motorcycle Cleaner Products [Buying Guide]
10 Awesome Electric Motorcycles Worth Throwing A Leg Over [B...
10 Of The Best KTM Dirt Bikes You Can Buy Right Now
The Arch KRGT-1 – Own One For $78,000!
10 Modern Takes On The Classic Scrambler Motorcycle