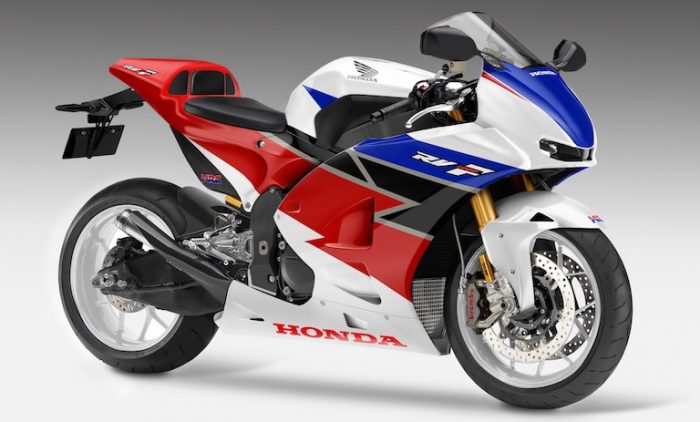 We’re not expecting the new model to be unveiled for a good year or two yet, but that doesn’t mean we can’t take a closer look at the new patent designs and get a rough idea of what to expect. After all, whatever this machine ends up being, it’s going to be interesting. We know it’s going to be a Honda V4, thanks to this handy quote from a previous patent: “A front bank and rear bank, which are configured in a 650V shape opened upwardly and connected to a front upper part of the crankcase. Each of the front bank and rear bank is configured of two cylinders.” 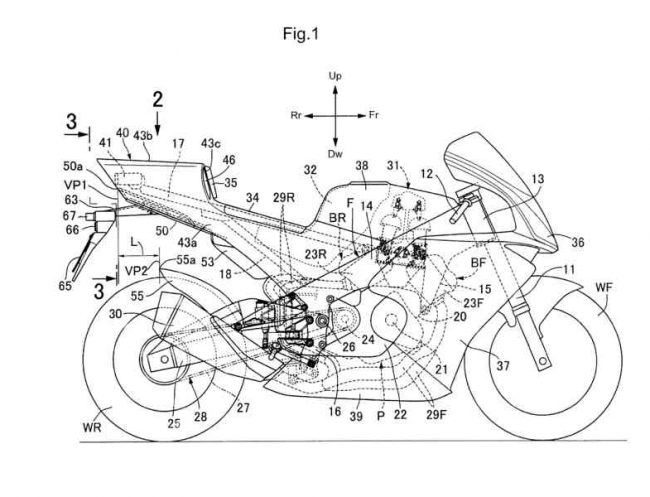 We know that it’s going to be a chain driven machine too, so you can tick a potential VFR1200 update off the list. But thanks to a recent batch of patent sketches, we can try and piece together a few key parts of the puzzle.So without further ado, let’s look at the hidden details surrounding Honda’s upcoming flagship superbike…which we hope arrives in time for Honda’s 70th anniversary in 2019.

There are two very interesting things that we can see on the tailpiece patent sketches. The first and foremost it the interesting airflow system that Honda are adding in. It seems like this single-seat only V4 will be able to draw air in through the top panel and through two intakes on the back of the seat, and reroute it through a large hole at the back of the tail piece. This will provide better aerodynamic and airflow to the bike, reducing drag by a fair degree. 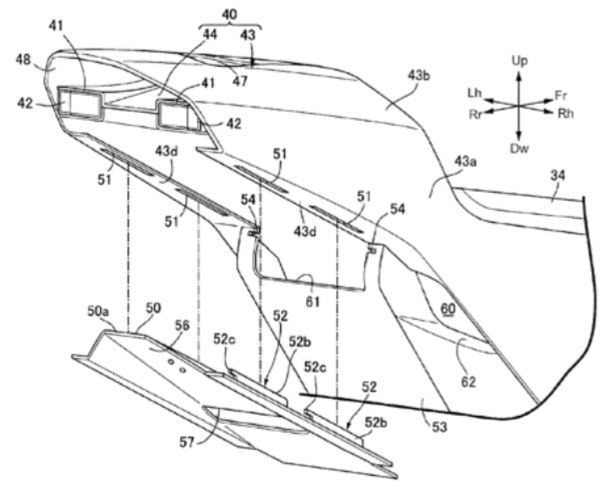 With such sophisticated aerodynamics, and a single seat, you’d think that this would be a track only bike. However, the second clue that indicates that it will be road going is the addition of tail lights. Sure, race bikes have small tail lights, but this patent sketch indicates fixtures for turn signals and a license plate, and the text that accompanied it was very clear that indicators and road practicalities were essential.

The next image under scrutiny takes a close look at the exhaust hanger and foot peg designs. The first thing that you might notice is that the hanger and pegs have a simpler design than we’re used to, with a heat shield tucked in to protect the rider’s foot from the heat from the header pipes from the rear cylinders of the V4 engine. What makes this different from the RC213V-S model is that this V4 machine won’t feature an under-seat exhaust for those two cylinders. 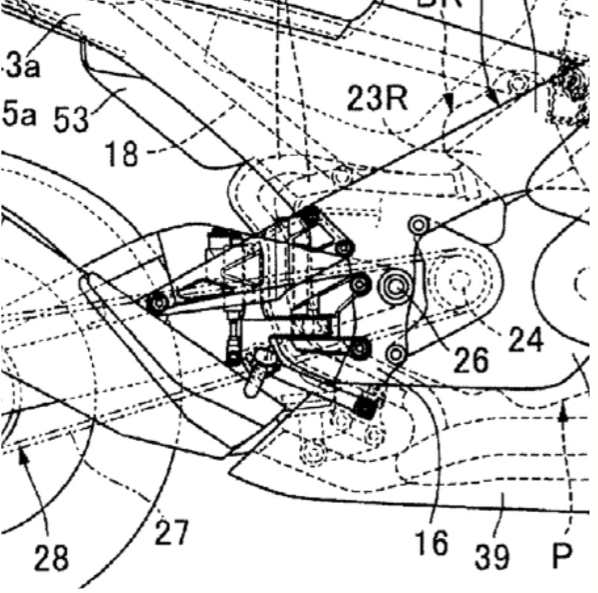 If you look at the larger image of the picture (we’ve put it at the beginning of the article) you can see more – but take it with a pinch of salt. The patent is aimed at the hanger and peg configuration, not the bodywork styling. The styling we see here isn’t new, and it almost certainly won’t look like that when it goes to production. At the moment, it looks like the RC211V. It won’t be like that. We already know that it will feature a monocoque frame that uses the engine as a stressed member. It will be wildly different to what we see here.

This one is all about the air-intake on the front, two miniature headlights, and a few brackets. The huge air-intake sits in pride of place at the front and draws air past the lights, and into a hollow steering head. It’s hard to see what’s going on in this one, and it’s a bit tricky to understand because the Honda designers have drafted it on top of an older CBR like model. As you can see, whatever it is, it’s not from the RCV213V-S, because it has conventional mirror brackets, rather than the RC213V-S’s bar end arrangement. 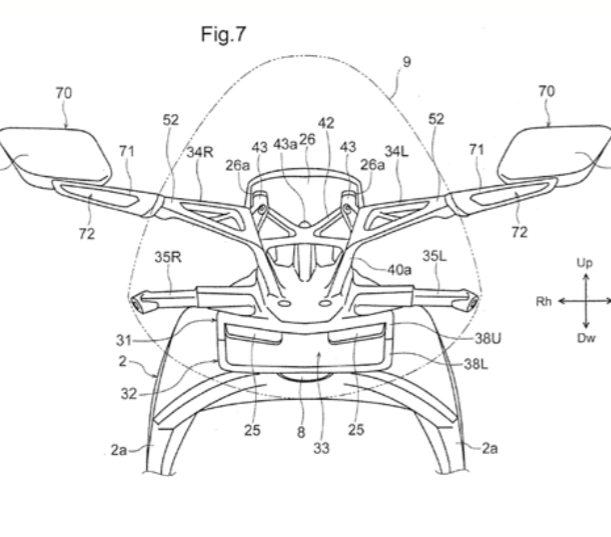 Whatever you make of these patents, don’t worry because they’re likely to change over the next year or so. Until then, Australian Motorcycle News have whipped up a rather nice rendering of how they think the new Honda V4 Superbike might look according to the patents. And we rather like it. The V4 is coming…and it’s going to be awesome. Let’s just hope it’s affordable. 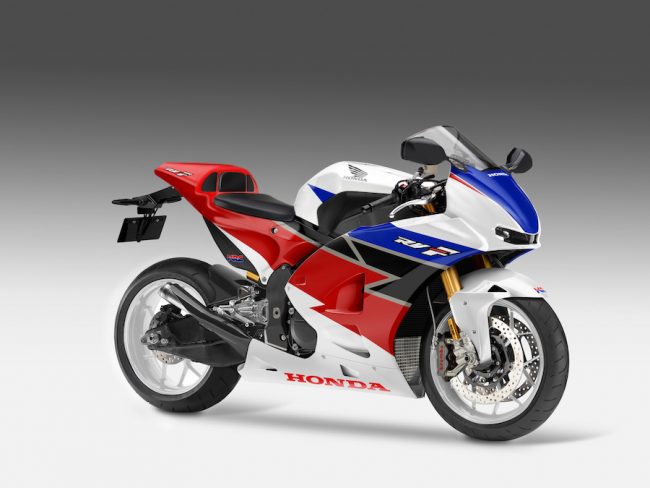 
Is Kawasaki Planning On Supercharging A Z900RS?
10 Seriously Ugly Motorcycle Design Catastrophes!
The 1995 Judge Dredd “Lawmaster” Motorcycle Sells At Auction...
Top 10 Easy Mods You Can Do To Improve Your Yamaha R3!
10 Most Striking Yamaha VMAX Customs Ever Made
The 2018 Kawasaki Z125 Pro brings the fight to the Honda Gro...