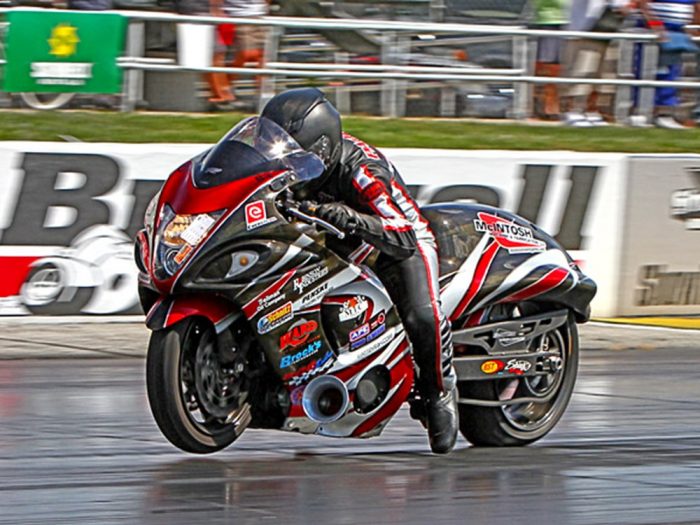 Drag pro Mark Paquette has put his incredible turbocharged Suzuki Hayabusa up for sale. That’s right, the very same McIntosh Machine & Fabrication behemoth that’s capable of smashing a quarter mile with an interstellar fastest time of 6.70 seconds, could be yours for a price that ranges between $85k – $110k, depending on how well your negotiating skills are. 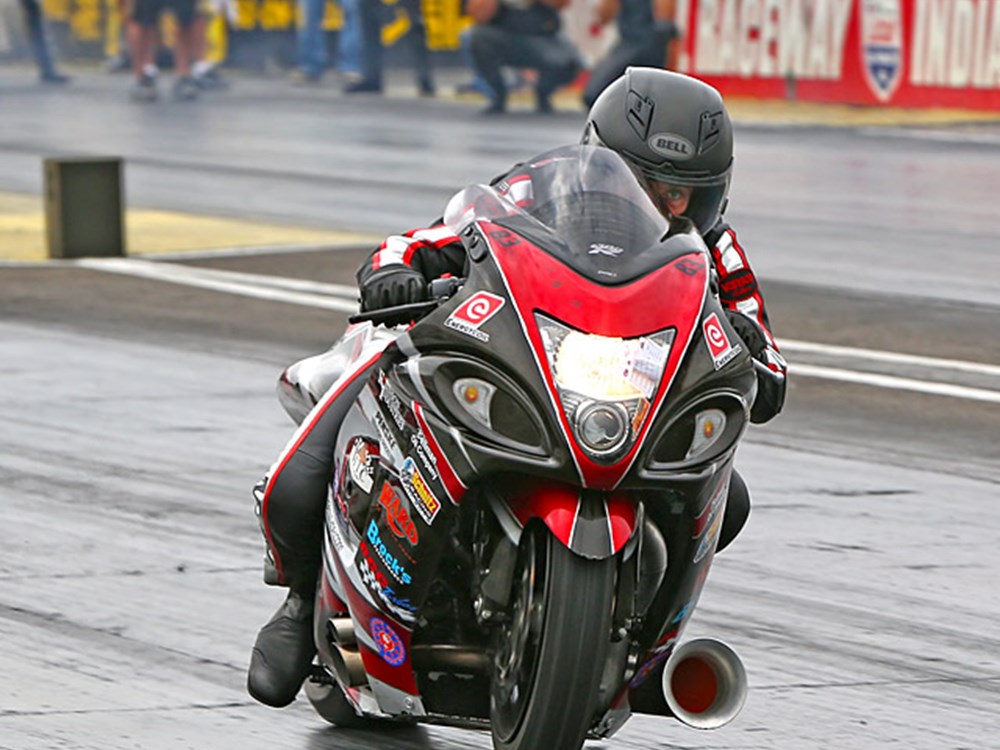 For those that don’t know: the Pro Street Bike Class has a few rules that set it apart from the other divisions, namely that the Pro Street race bikes are all restricted to being street legal, they must run on street legal rubber, and they’re not allowed to run with wheelie bars either. So, technically this is a road legal runner too…and if racing is your cup of tea, you could just use it as your day to day commuter…if you were absolutely mental. 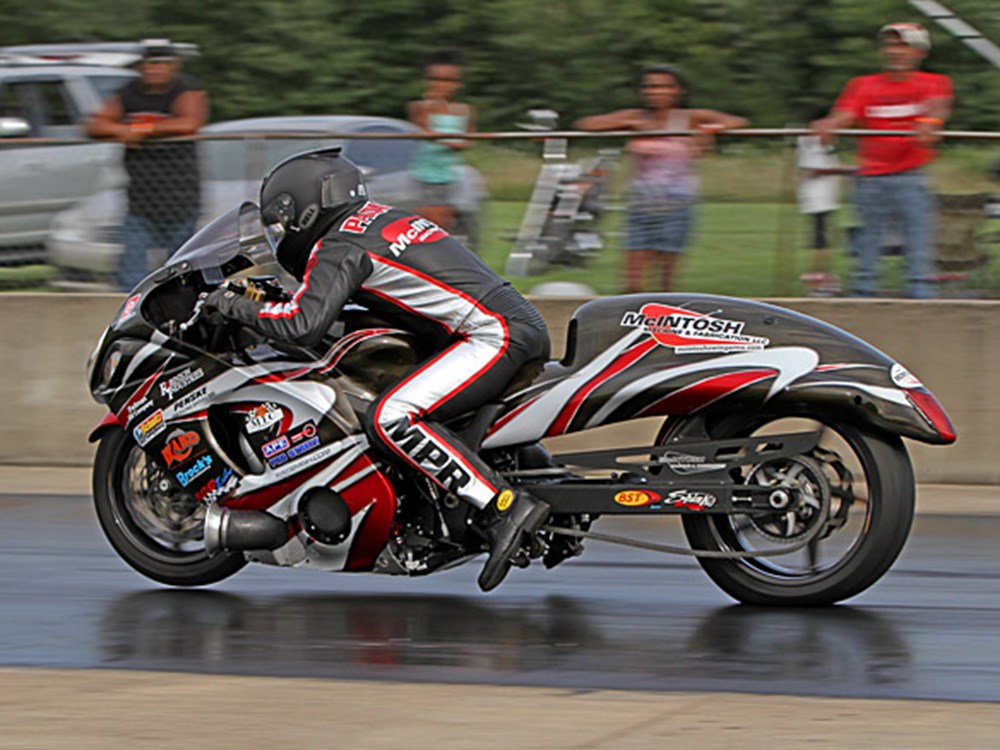 We’ve already mentioned the awesome 6.70 second quarter mile that Paquette clocked in Valdosta, firmly placing both the bike and the rider at the top of the G.O.A.T list in the Pro Street Drag Bike Class, but Paquette feels like the Busa still had a few tricks left in reserve, explaining: “The thing is, we left something on the table with that pass. My back-half numbers were 3/100ths off my best. For sure I should’ve went a mid-.60—a .66 or .67 at least.” 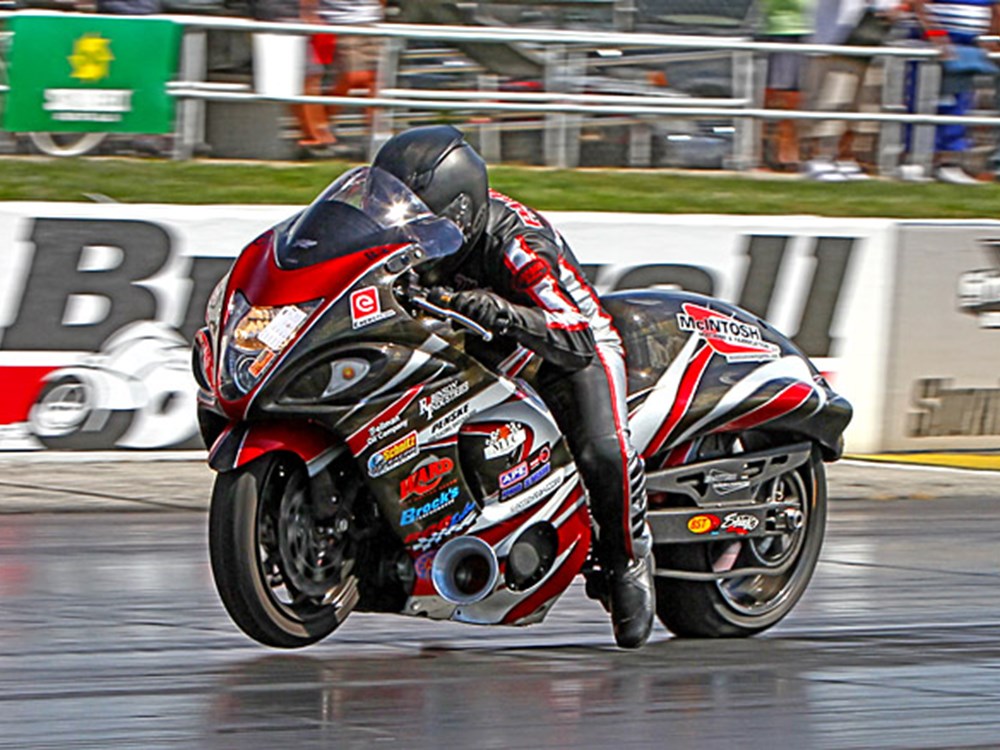 Exhilarating acceleration is one thing, but for serious investors, you’ll be pleased to know that above all else, this bike is consistent. While Paquette may have skipped the NHDRO season opener, Paquette and this very motorcycle managed to win every single remaining round with relative ease, bagging Paquette the Pro Street Championship in the process. If you’re still not convinced that this is the bike for you, it also one the APE Pro Street class at the Manufacturers Cup race at the Rockingham Dragway in North Carolina. You can see it in action in this cool video below, where Mark completes a run in 6.81 seconds at 209 mph, up against a turbo Kawasaki ZX-14 from mid-2016.

And now for the particulars: the Busa comes with only the best performance parts, and some of the best equipment in the industry, including:

If you decide to invest in this pro street drag bike, you can also strike a deal that includes full tuning support, a reserve engine and a selection of choice additional parts. The only things that don’t come with this purchase are an enormous set of balls, and the talent to ride it to its full potential! 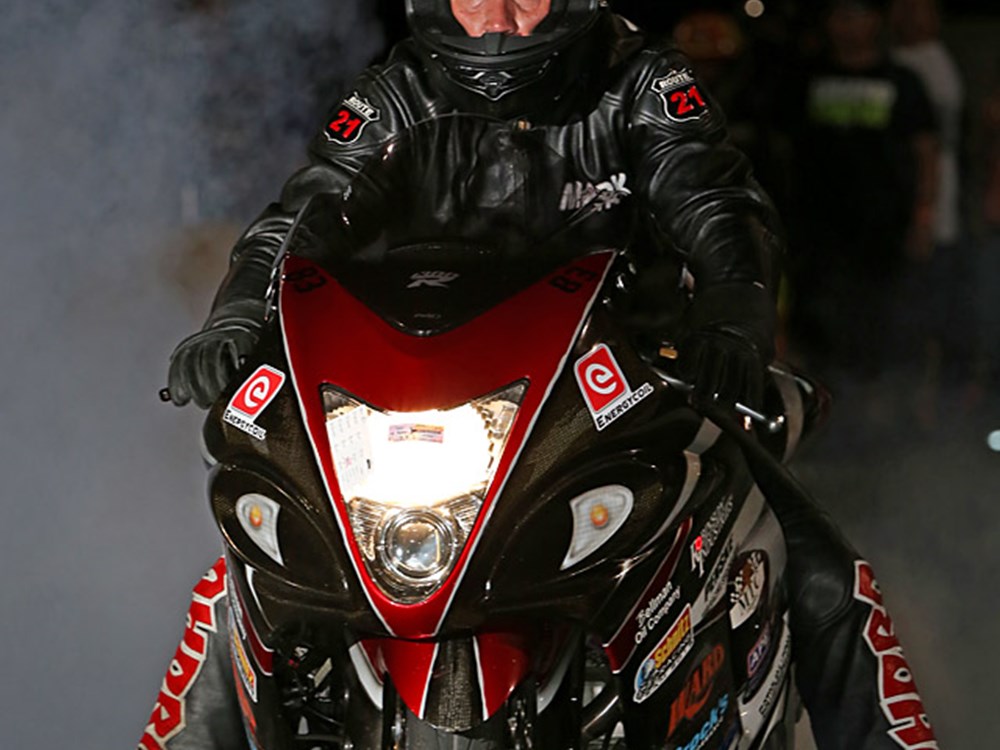