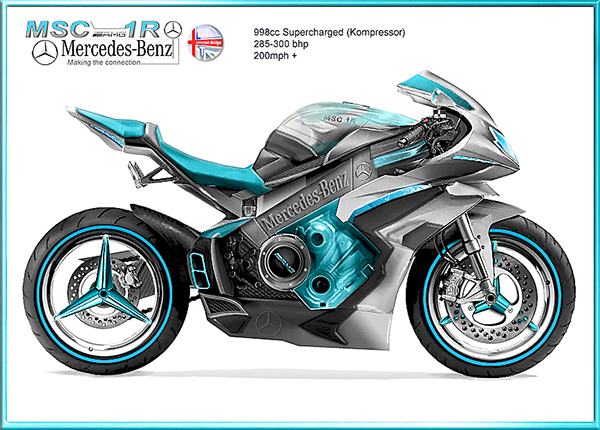 British designer Lee Thompson brings his supercharged Mercedes motorcycle concept to the table, and we like what we see. The concept idea was aimed at the supercharged Kawasaki H2, when Lee asked himself: “What could take that on?” and this was his solution. After hearing some rumors that Mercedes could potentially move into the segment, he put his pen to paper and this was what he came up with.

This Is How Awesome A Mercedes Motorcycle Could Be!

Obviously, Mercedes currently still have their 25% share in MV Agusta (although that could change at any time, if the Polaris rumors are to be believed) and if they were so inclined, building something like this would be child’s play for the auto giant. However, we’re very much in the realm of fantasy – but that doesn’t meant that we shouldn’t dream. 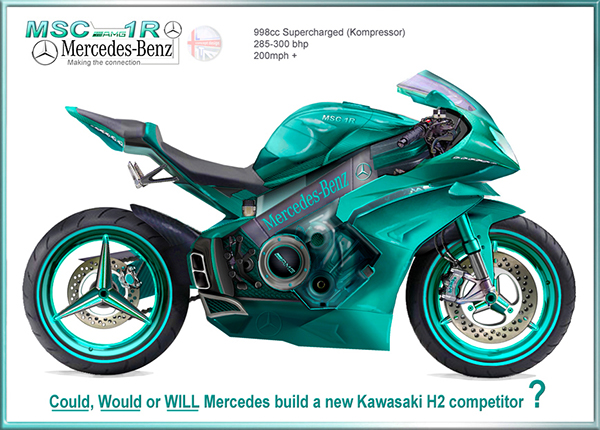 As you can see, the body of the bike would be built around a supercharged 1000cc engine with an estimated power of up to 300 horses and a top speed that’s north of 200 mph, that would be wrapped in clear Perspex (Plexiglas) to show off the MSC 1R’s inner workings. For the rest of the bodywork, Lee has opted for an aerodynamic shape, based around a twin beam frame, a single sided swing arm, and a lot of design cues from Mercedes’s auto side of things: such as the exhaust, the wheels and of course, the F1 inspired livery. 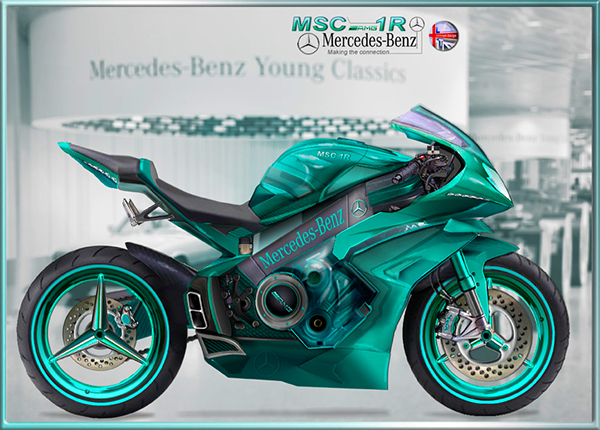 While this is an older concept, we think it’s just a relevant today – supercharged technology is set to become the norm for the big manufacturers, MV Agusta is once again on the ropes, and there is always room for an aggressive sports bike to roll on to the scene from a leftfield source. Will it happen? Of course not. But that doesn’t mean that someone shouldn’t attempt something similar. Come on, bring us an MSC 1R to play with… 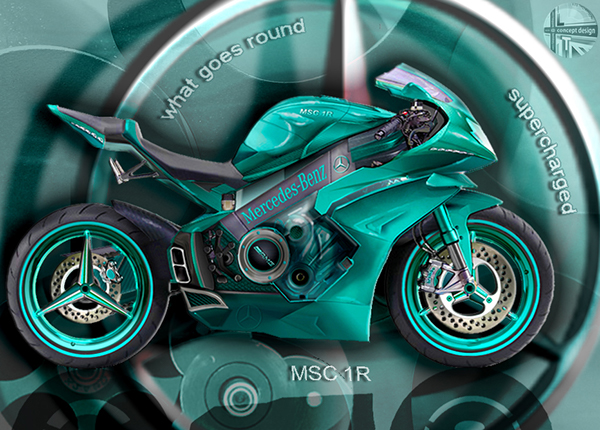 Thanks go to Lee Thompson for these amazing renderings! 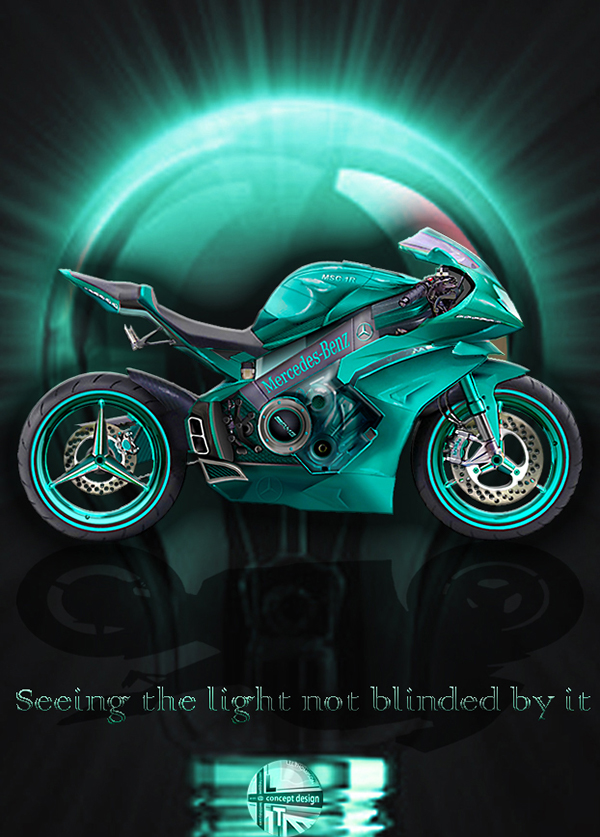