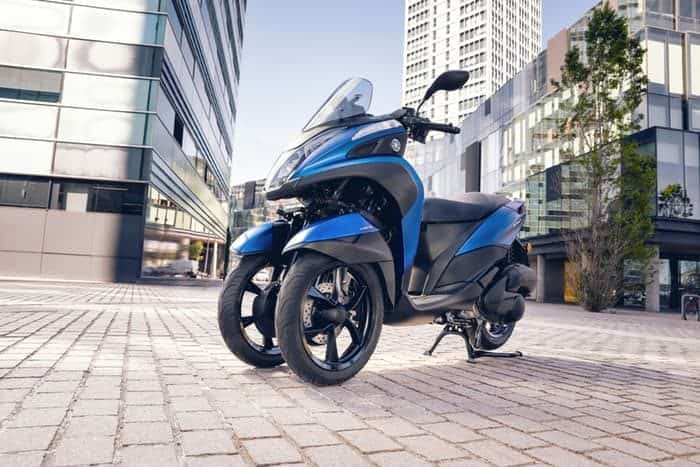 Scheduled to go on sale in Europe from September 2016 onward, Yamaha has introduced us to the Tricity 155: a three-wheeled, leaning multi-wheel (LMW), 155cc commuter scooter. Yamaha have shown us the Tricity 125 before, and we’ve seen a few other concept models, but while 125cc bikes are alright, 155cc is certainly superior. 30cc goes a long way when you’re talking about small engines, and for the serious commuter, 155cc is a much better option. And what’s more, this isn’t just a bigger version of the Tricity 125 engine, it’s a completely new engine. 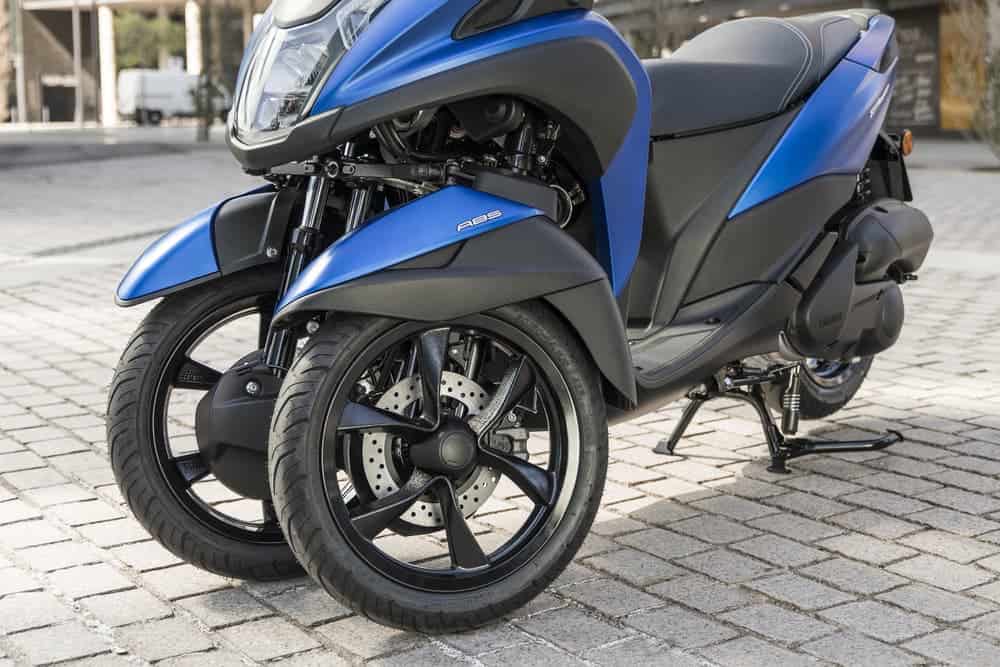 The engine is a single cylinder, four stroke, four valve, liquid-cooled unit that produces 14.9 hp and 10.6 lb-ft of torque. The motor also features Yamaha’s new Blue Core technology, which apparently offers a blend of performance and fuel economy to maximize the 155cc engine’s potential. The Tricity comes with automatic transmission, and a belt drive. Now, we’re going to go out on a limb and guess that most of our readers haven’t taken a ride on many of Yamaha’s small capacity, fully automatic scooters – did we guess right? Well, they’re deceptively quick and have some pretty wild acceleration – we’re talking 0 – 60 km/h in the blink of an eye. It’s no wonder that there are so many dedicated racing championships in places like the Philippines, because these little machines rip. 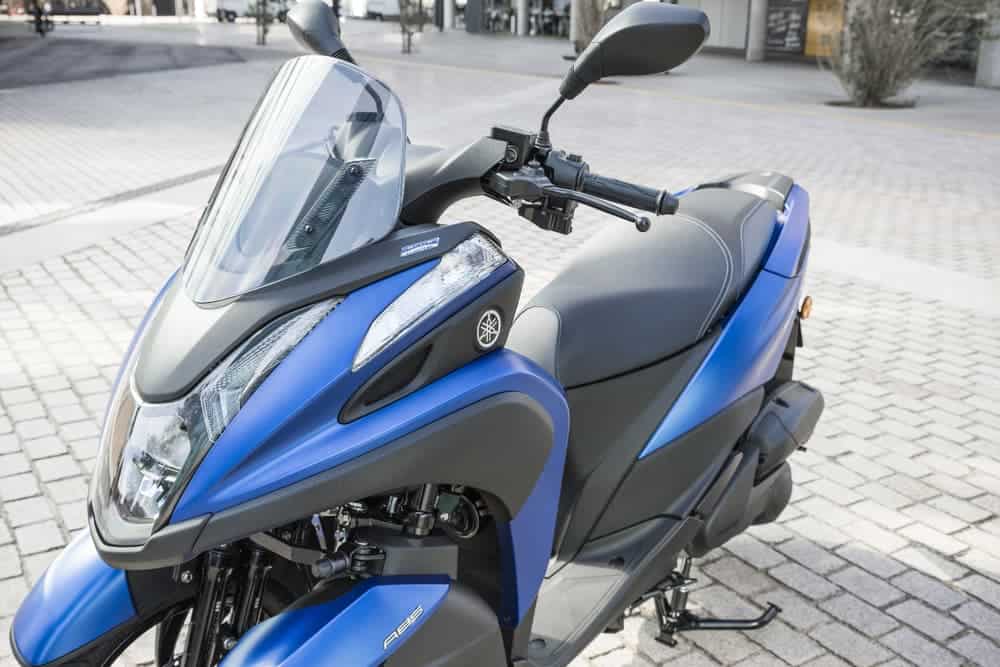 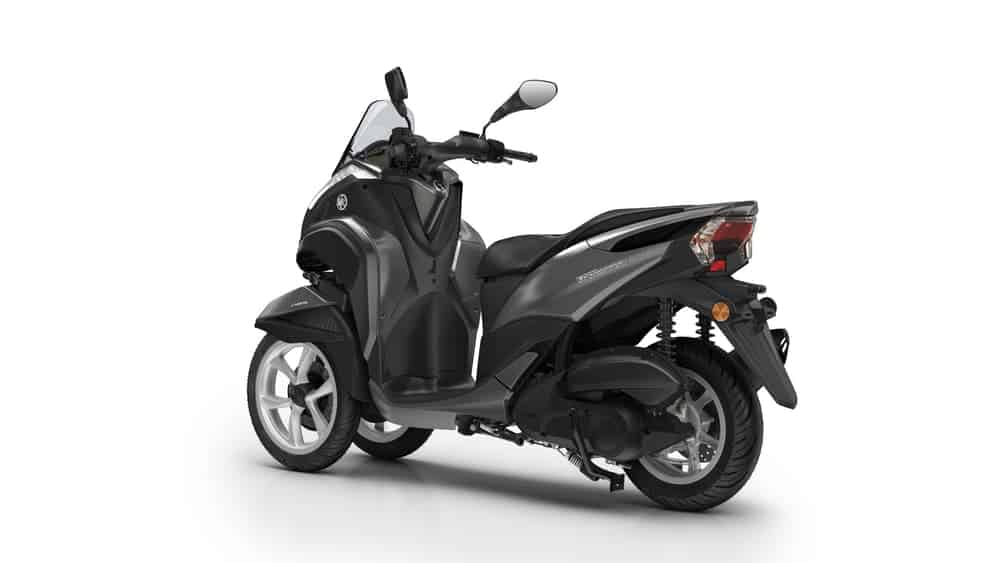 But racing isn’t on Yamaha’s mind. In fact, the Tricity has been given more floorboard space to offer more storage and luggage space, USB charging sockets as standard, LED lights, a unified braking system, and ABS as standard. It’s quite obvious that this is being built to cater for those in need of a small but versatile transportation system, but aren’t quite ready to make the leap to two wheels. And if you’re a bit scared about jumping on a little scooter, having a third wheel will be a welcome compromise – not only for the sake of stability, but to offer the rider a little more road presence. 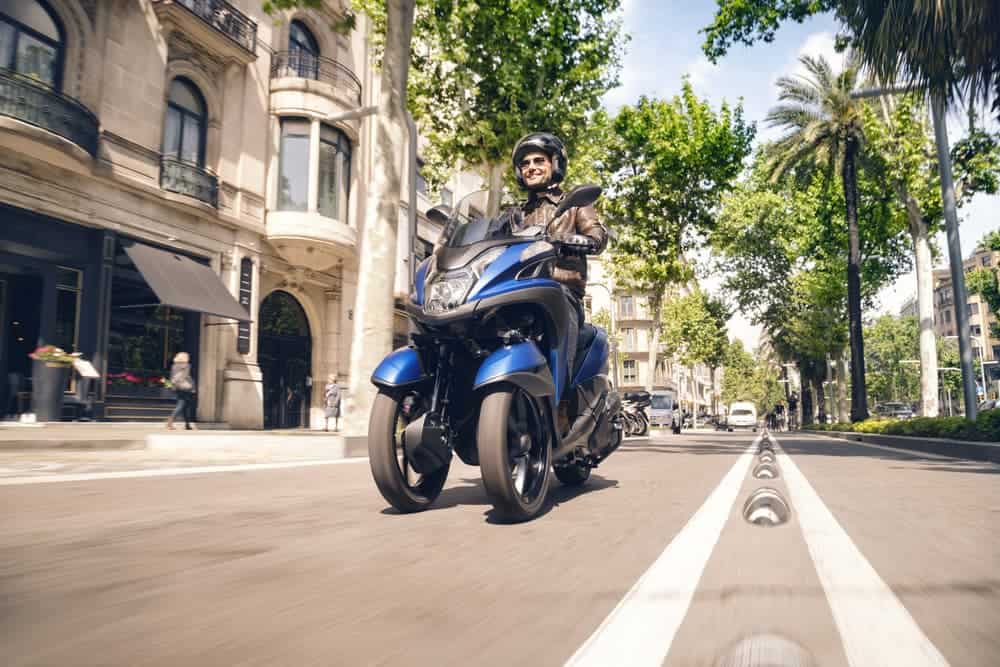 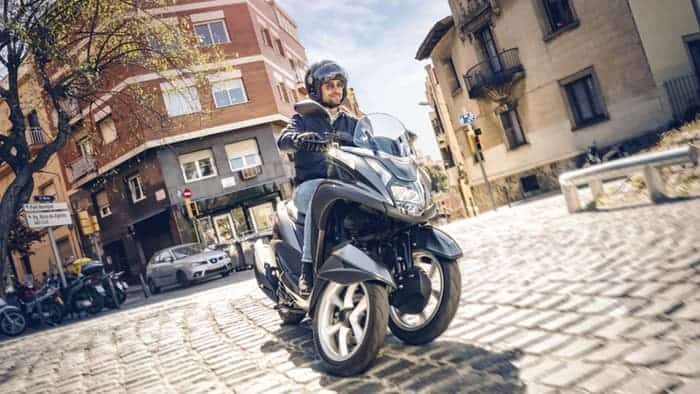 Personally, I don’t think the idea’s going to fly in the USA, however, for the winding city streets of Europe or the congested cities of Asia, it’s definitely a smart move. In fact, Yamaha have given the production of the Tricity line to their Thailand arm of the corporation. Will they even come to the US? To early to tell, but I’d lean towards “no.” Why are we showing you? Because Yamaha have a serious interest in developing their multi-wheel leaning bikes, and the MWT series will certainly make an appearance on American shores. Until then, feast your eyes on this. 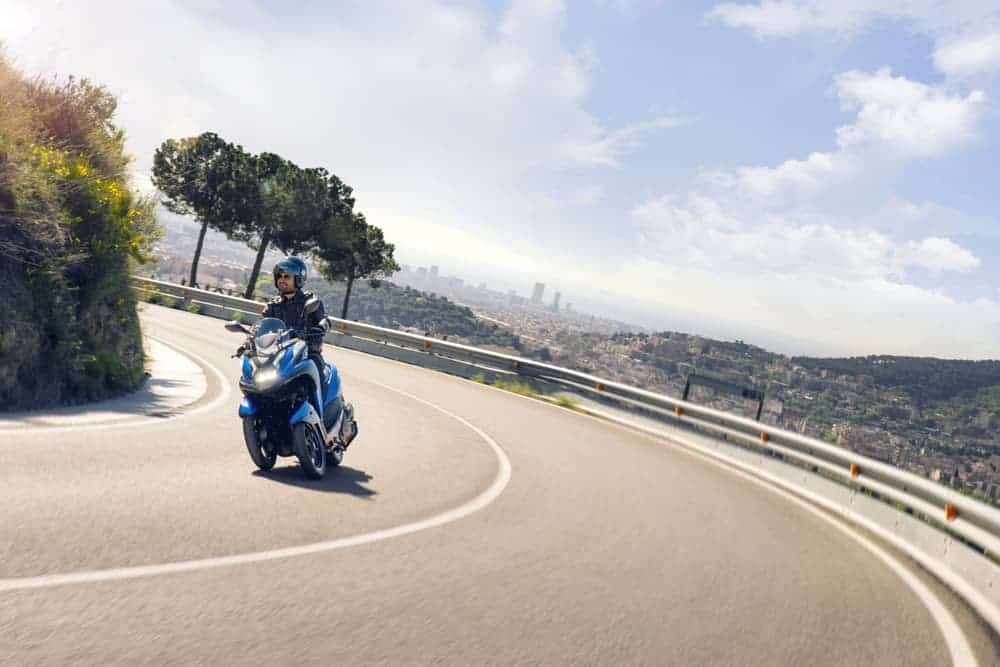