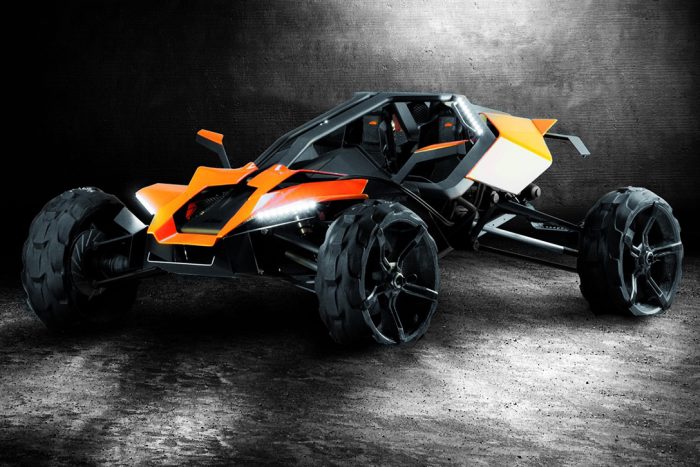 It’s no wonder that KTM has become the world’s fastest growing motorcycle manufacturer: they have a history of building reliable and interesting machines, they have a unique and eye catching design aesthetic, and most importantly, they value and put a high price on innovation. While we’ve all been distracted by the RC and Duke series, KTM’s R&D department have been busy playing with four wheels, mated to individually steerable electric motors, and the result is called the KTM AX Buggy…

At a first glance, it’s not hard to see where KTM have got their inspiration from. They already produce legendary off-road motorcycles, and their super light sports car, the X-Bow, has received positive acclaim from all over the world. Here, it seems, they’ve taken the best of both worlds and rolled them into one. 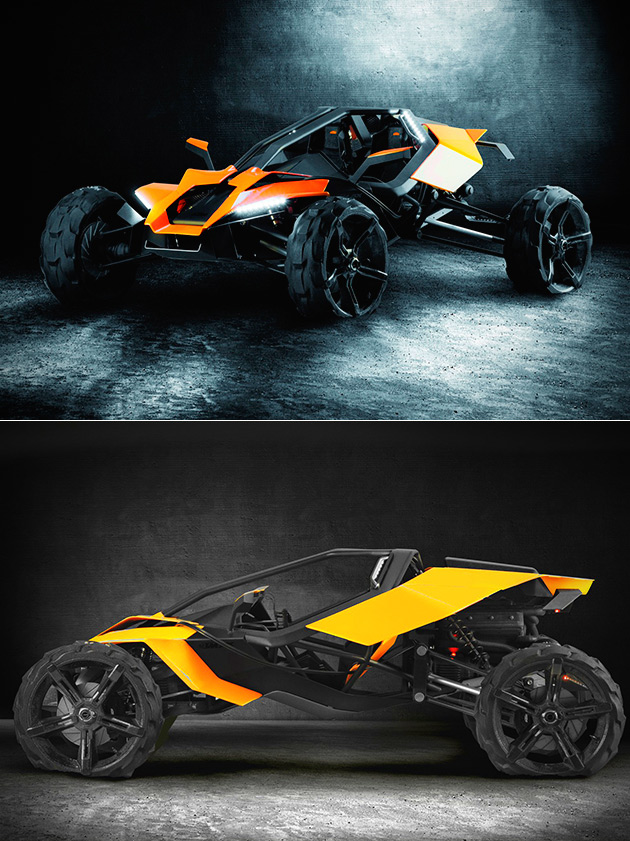 The concept was designed by Markus Klung and Lucas Fuchs, and while their inspiration was drawn from the worlds of “off-road” and “sports car,” they also weaved a little bit of eco-friendly technology into their new mix to please the environmentally conscious adventurer. It’s powered by a hybrid propulsion system and comes with four individually steerable electric engines. On top of that, they’ve done away with the X-Bow’s super car DNA and transplanted it with some dirt bike logic: the AX comes with a high ground clearance, long travel suspension, and suitably chunky tires that offer incredible traction. In a word, no matter what you put in front of it, sand, snow, rock…it’s going to get over it! 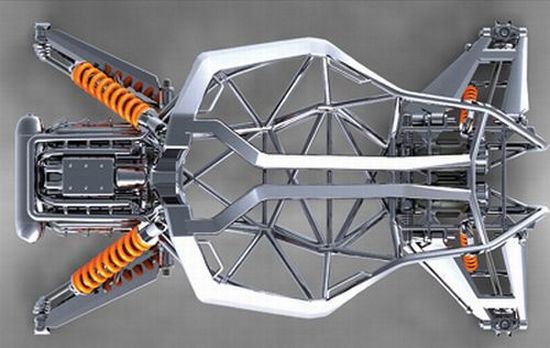 There is also a super lightweight chassis, and a matching roll cage – just in case an over enthusiastic rider/driver was to flip the beast. “The frame of the KTM AX consists of a lightweight space frame structure into which the individual components are placed. The built in rollover protection is an additional safety feature for the two occupants,” one of the designers was quoted.

All in all, it looks like a serious amount of fun. However, it’s only a concept at this stage of the game…and we think KTM should be spending their time developing a road going version of their RC16 MotoGP prototype rather than this…but we’ll settle for either, to be honest.