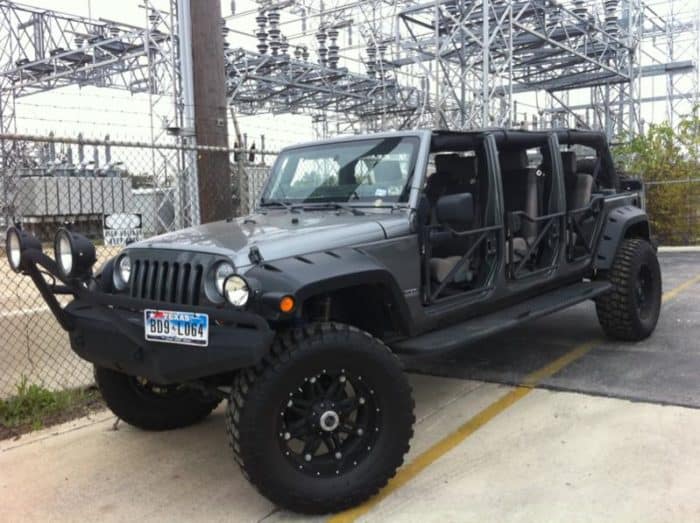 Regardless of impractical they may or may not be, stretched versions of familiar vehicles hold a certain kind a weird fascination for many of us. It’s no surprise then that this particularly interesting creation caught our attention when Forgiato Wheels posted a picture of it on their Facebook page. 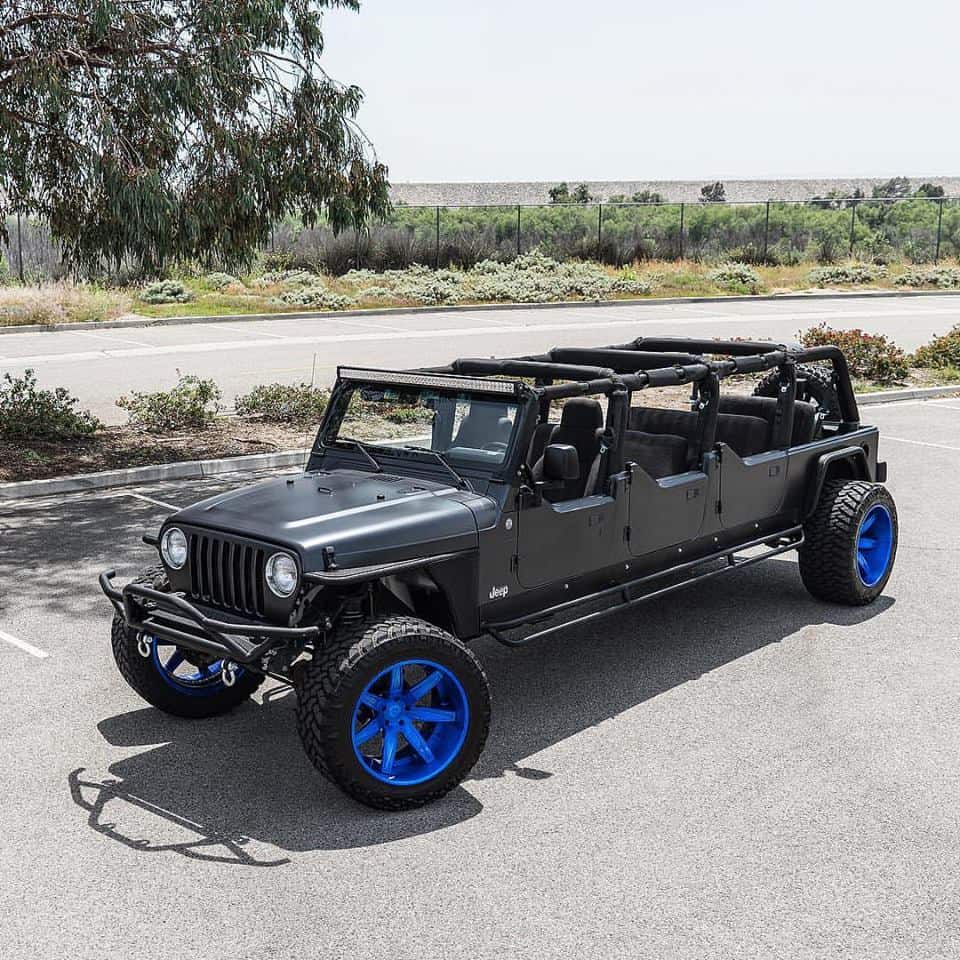 The vehicle in question is called the JKUS, which is short for JK Unlimited Stretch, and it’s a six-door version of Jeep‘s iconic Wrangler. Those extremely loud candy blue wheels might be what your eyes are drawn to first in one of the images, but they soon become the smallest part of the story when you take a good look at what they’re fitted to. 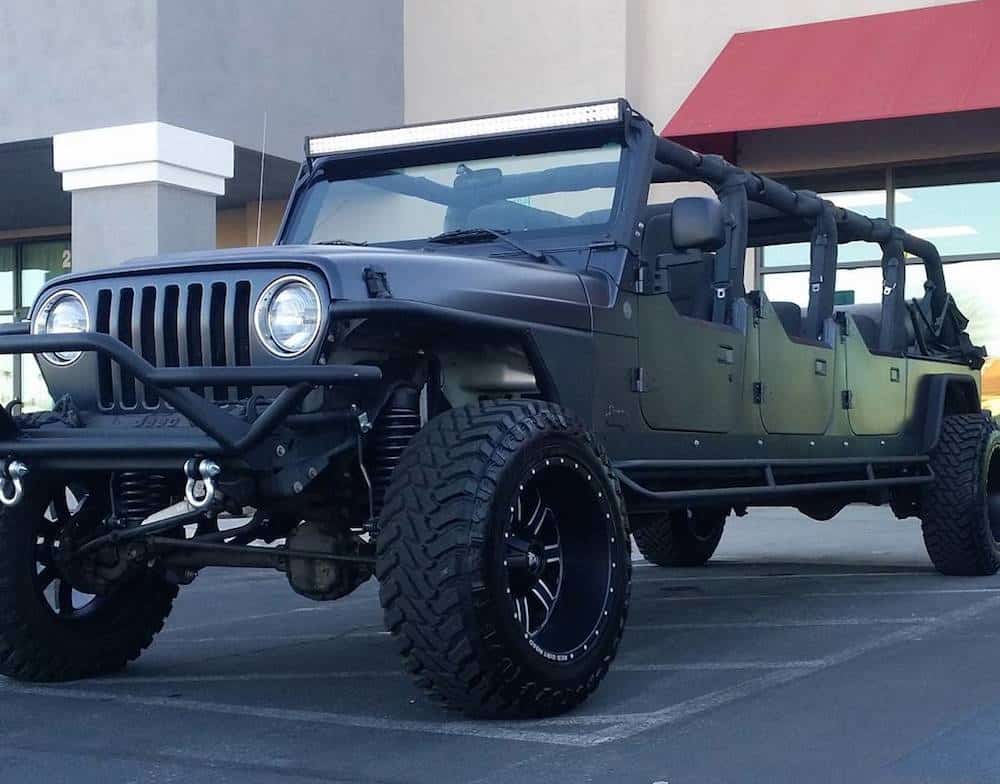 While the majority of stretch vehicles are usually just created to cope with the extra passengers the additional seating allows for, the JKUS retains genuine off-road credentials with a lifted suspension, tow hooks, a roll-over cage and tons of articulation.

This seriously cool vehicle belongs to an outfit called Swat Motorsports of Las Vegas and although we don’t know what it is used for, it definitely looks as though it could be an awful lot of fun. 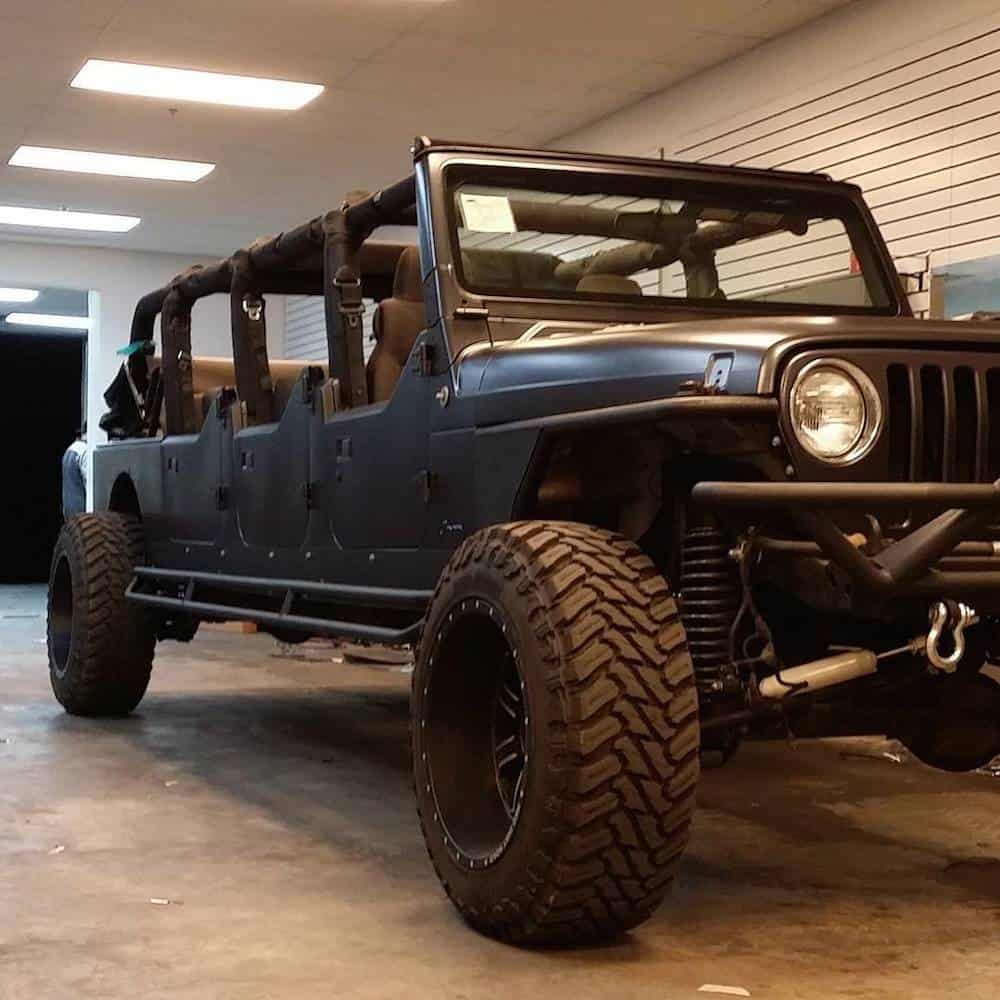 You know what it’s like though? You wait a while for a stretched Jeep Wrangler to arrive and then two come along at once! At least, that’s what happened when a Google search was embarked upon to get some more images of the JKUS. What came up? That’s right, another stretched Wrangler, this time from San Antonia, Texas. 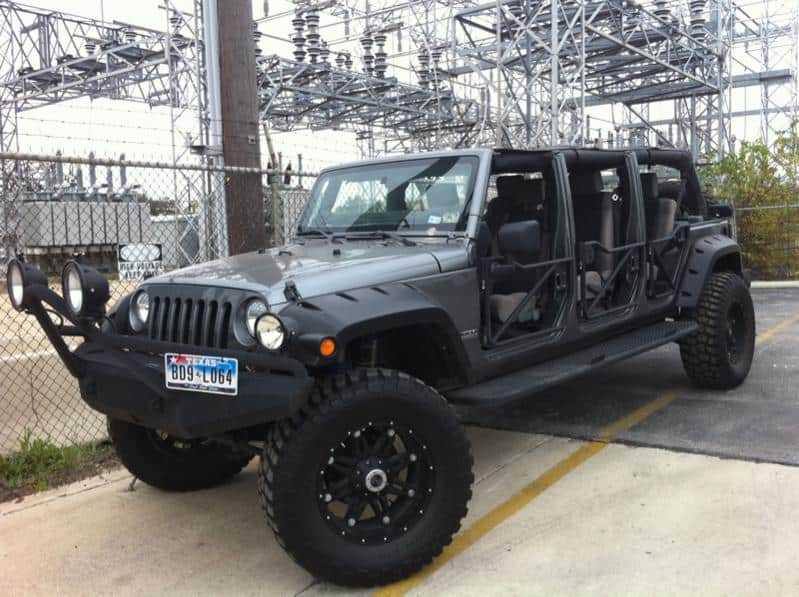 The thing is though, the one in Texas goes a couple of steps further than the JKUS by including a Hemi engine under the hood and having tubes instead of doors. 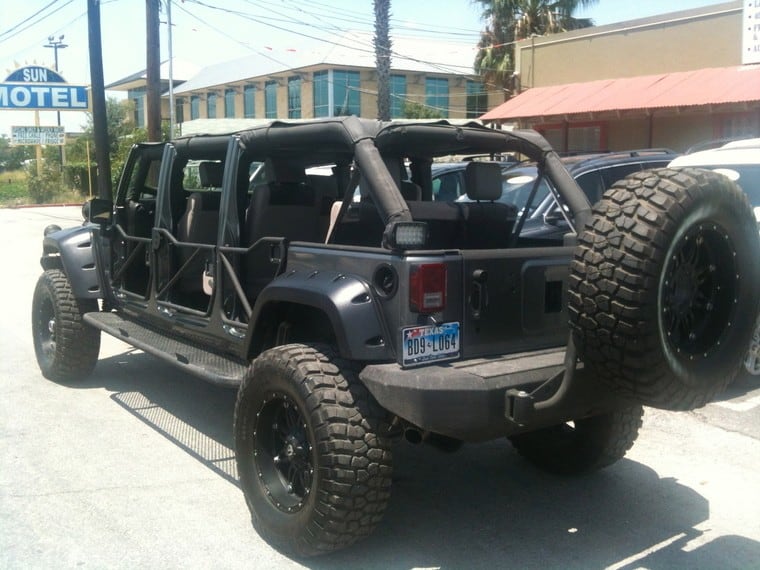 They’re both seriously cool vehicles, so have a look at the images and see which one you prefer.