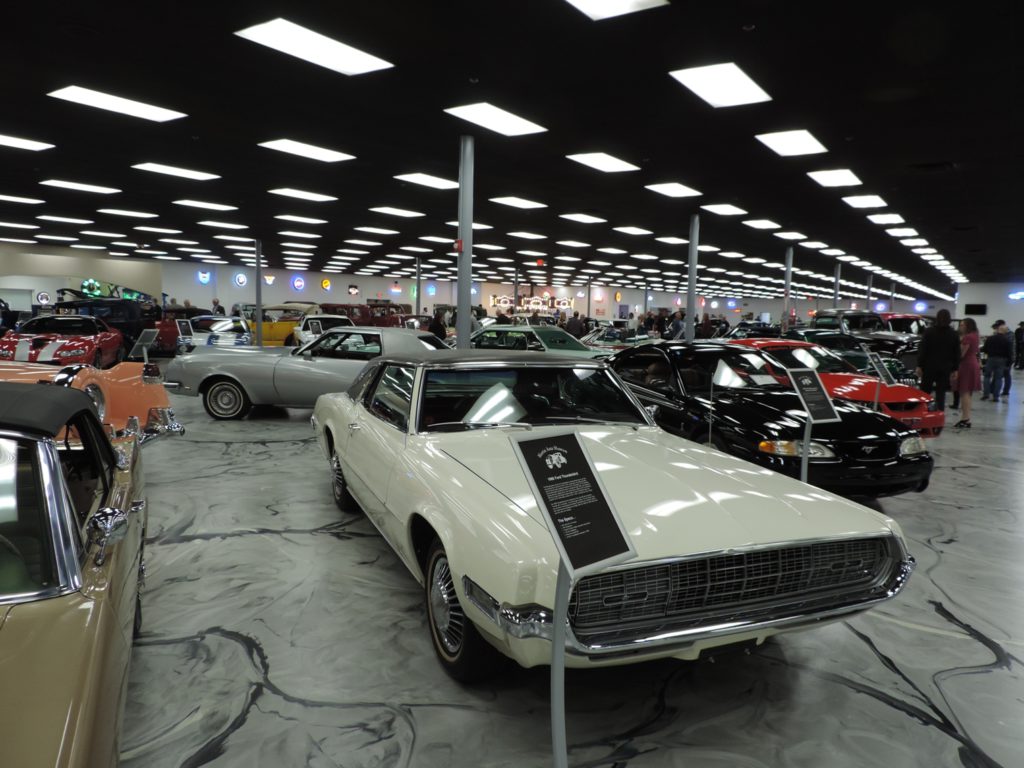 The Martin Auto Museum has an eclectic collection of cars.

The Martin Auto Museum in Glendale, Arizona recently moved into a larger space, but still maintains its unique singular approach to visitors. The car museum encourages its visitors to touch the cars, sit in them, and even look under the hood. All of this is done with the intent of encouraging more of the general public to become involved in the classic car hobby.

When Mel Martin established his Martin Auto Museum and Event Center in Arizona he bucked tradition. He doesn’t rope off the cars or have alarms sounding if you get too close. He encourages the guests to check out the cars. Want to sit behind the wheel for a picture? Sure go ahead. Take a look under the hood? Well sure, pop the hood open. This hands-on approach is a welcome change from other car museums.

Mel Martin, now 91 years old started collecting cars at age 16 in Mayer, Arizona, about an hour north of Phoenix, Arizona. His uncle gave him a 1917 Douglas dump truck used in the nearby mines and he held onto it ever since. That solidified his fascination with cars in general and later restoring them.

At age 17, Martin started a service shop next to his father’s Richfield gas station in Mayer. Martin was a self-taught mechanic who could rely on some advice from his uncle if necessary. His shop thrived and later he added towing services to his company.

In 1954 he moved to Phoenix and set up a repair shop in Phoenix. Unfortunately, he soon found out there were numerous repair shops that he would be competing against. One of his employees mentioned he could do bodywork and soon Martin shifted to an auto body shop.

Martin increased his empire by adding yet again towing to his business with M & M Towing, eventually adding sixteen trucks that were also used at auto auctions. He also ran a tire recapping business. He expanded into buying and selling commercial real estate and eventually constructed commercial buildings as well.

Along the way, he collected cars and stored them at his business properties. At one property he owned, Martin stored 24 cars in a 5,000 square foot shop that housed five car lifts. This was the beginning of showing his collection, but he realized it was too small to allow for public access. When he had time he would work on restoring these classic cars.

In 1982 he sold his businesses to focus on his car collection and the commercial real estate business. He helped run an auto auction business as well through 1992. He originally was going to open a business focused on Mustangs and had collected 105 Mustangs at his 10 acre home site. But his wife wanted to move and a business partner grew disenchanted with the business, so Martin sold most of the cars.

While touring a building that was for sale in 2004, Martin commented that it would make a great site for a car museum and he bought it. It had 18,000 square feet of usable space to display his cars. He was able to squeeze 65 cars into the building, but admits that it was a tight fit. Originally his collection was only open by invitation, but in 2008 he opened it to the public. It helped that his business was along an interstate freeway.

Earlier this year Martin moved operations to a new facility on nearly ten acres with 107,000 square feet of display space and over 700 parking spaces in Glendale, Arizona. He estimates that he has room for 160 cars. But that won’t stop Martin from buying additional cars for the museum. He already has eight in his shop being restored and figures he can just rotate the cars on display when he reaches the maximum capacity. 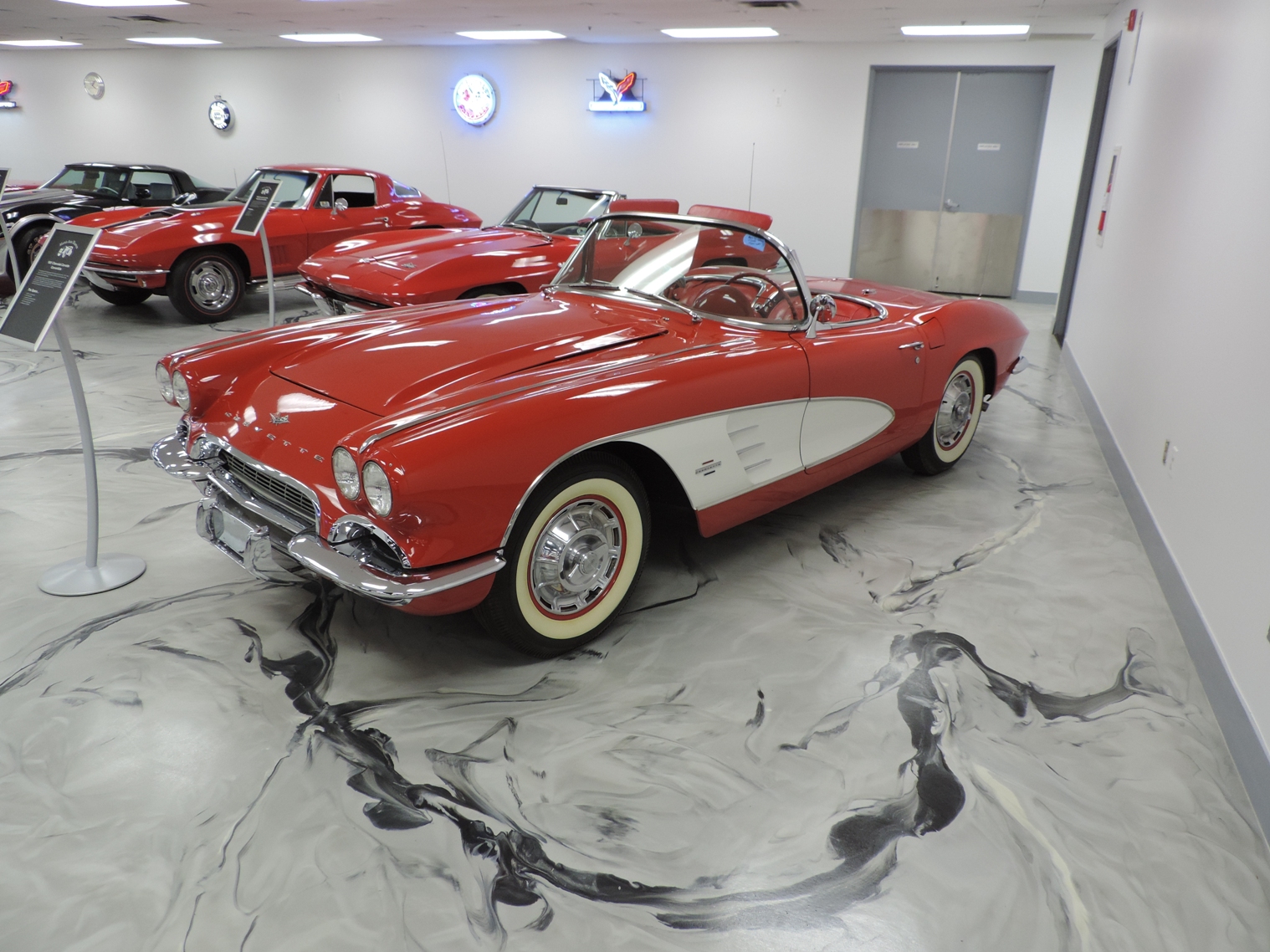 You’ll immediately notice after entering the museum that most are not roped off or behind stanchions. Martin encourages his guests to look at the cars up close, sit in them if they wish, and check out what is under the hood. Martin noted, “If they get scratched by golly we’ll fix them.” Only three cars, all aluminum-bodied cars with fragile body panels, are roped off.

Martin is a proud member of the National Association of Automobile Museums (NAAM) and says many other museum heads complain to him that his “hands-on approach” is wrong. Martin counters that notion saying “the younger generation needs to be involved” in these classic cars. He tells the other museums, “you do what you want and I will do what I want.”

To further his goal of getting youth involved in the hobby, The Martin Car Museum and Event Center has dedicated a repair shop area for high school youth to learn the craft. He is in negotiations with nearby high schools to establish these educational efforts. He also has a room devoted to auto-themed arcade games for entertainment.

Martin wisely added in his building several dedicated event spaces for up to 450 people. This helps as a revenue stream and allows for a broader segment of the public to experience his collection. His museum is focused on expanding the classic car hobby to others.

He has a simple strategy for adding to his collection. Martin says “if I like the car and it is the right price I buy it”. Martin has a wide variety of cars but admits to liking the Cadillacs.

Martin’s favorite car though is a red 1930 LaSalle. After having overdrive installed in it to make it more roadworthy, he piloted the car for two Great Races. He allows it to be used for weddings and parades and says; “it feels like home when I drive it.”

Two of Martin’s relatives are directly working in the museum and he plans on supporting the museum with more cars and financial support. This should ensure the Martin Auto Museum carries on with its hands-on approach to appreciating vintage cars for generations to come.


5 Certifiably Insane Engine Swaps That'll Have You Shaking Y...
10 of the Fastest and Most Powerful Buicks of Their Time
17 of the Best Cool Car Wraps
The Top Jeremy Clarkson Favorite Car Models (& Where He's Wr...
History of the Chevrolet Camaro Engine
Why The Quail, A Motorsports Gathering Is Car Week's Premier...