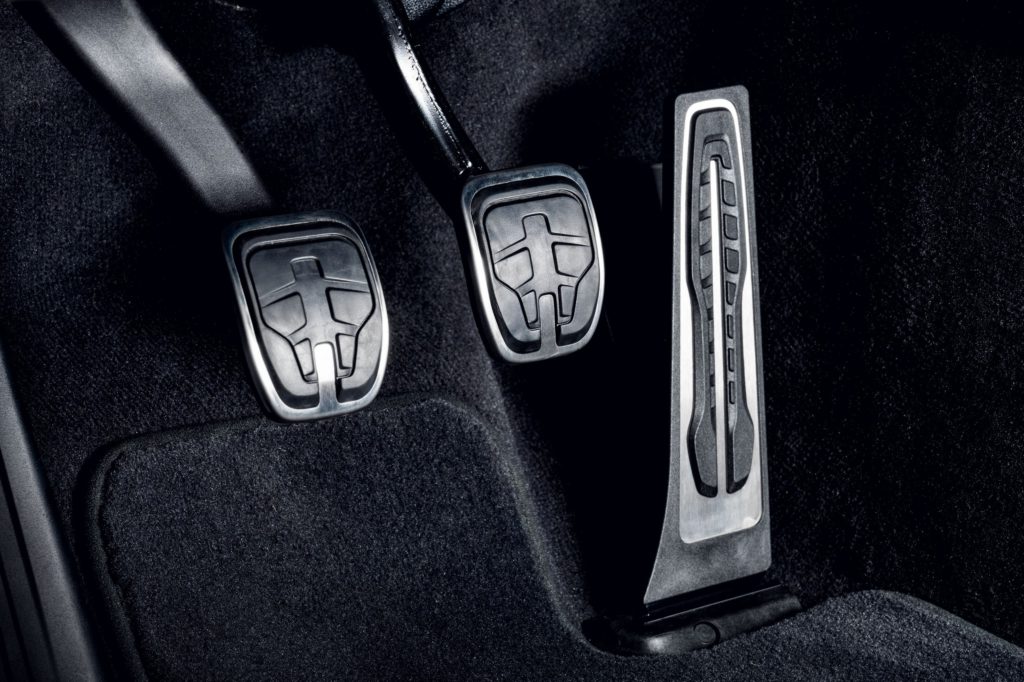 When the Toyota GR Supra was announced, enthusiasts didn’t rejoice at the return of the iconic sports coupe. Instead, forums, websites, and social media echoed with moans and complaints. How dare Toyota, they said, bring back the Supra without a manual transmission?

Well, we’ve got some good news. A lot of complainers had best grab their checkbooks and head to their Toyota dealer.

The Toyota GR Supra is getting a stick-shift, and we expect it will be arriving soon.

“Did you think we were done?” Asks a simple post to Twitter from Toyota USA, accompanied by a photo that clearly shows three pedals in the driver’s footwell of a Toyota GR Supra.

Did you think we were done? 😏 Stay tuned… #Supra #Manual #LetsGoPlaces pic.twitter.com/kmIhnpRJdg

Toyota UK expanded on the upcoming car on its own social channels, acknowledging that there was a very large outcry from the car world. “Toyota Gazoo Racing sports car customers and fans have spoken and we’ve listened. A Toyota GR Supra with an all-new, tailor-made manual transmission is coming soon.”

That same post from the UK said that the manual transmission for the Toyota GR Supra had been engineered to “offer enthusiasts something that is closer to the Gazoo Racing DNA.” The company also promised that it would enhance the driving experience.

Gazoo Racing, Toyota’s performance arm, has put manual transmissions in almost everything to wear the name, which does serve to somewhat tarnish the Supra news. Even the forthcoming GR Corolla gets a stick (and only a stick).

Gazoo will also be giving the stick-shift Supra an external identifier. The company showed off a new red Supra script badge that will let anyone behind the car know that you’ve picked the three-pedal one.

What we don’t know is what version of the Toyota GR Supra will get the manual transmission. The car shares its platform and major components with the BMW Z4. The Z4 already offers a manual transmission, but only on the base-model Z4 sDrive 20i. That car offers a 194 hp 2.0L turbo-four: a power level not offered in a GR Supra. It does suggest that the engineering necessary for a new pedal set and new transmission mounts are already in place.

Toyota offers the GR Supra in the USA with two engines, a 255 hp version of the BMW 2.0L turbo-four and a 382 hp turbocharged inline-six. Both are offered today only with an 8-speed automatic.

Another possibility is that the manual will be part of an even more powerful special edition. Rumors from Japan have circulated over the last few months of a GRMN Supra.

Short for Gazoo Racing Masters of the Nurburgring, the GRMN badge has been used before on a special limited model of the GR Yaris. The car was lightened by more than 40 lbs., lowered, and had a new mechanical limited-slip differential. It was also meant to be tuned specifically for each driver and to be a much more hardcore version of the car.

The rumors circling around the Toyota GR Supra for GRMN treatment suggest around 500 hp. The power would come from a version of the inline-six already found under the hood. But in the case of a GRMN version, it would be the uprated engine found in the BMW M3.

That last bit is speculation, of course. But for Toyota to make such a big change to the Supra’s transmission, we would expect more than just that tweak (and a higher price tag) to come with it.

For now, Toyota says it will reveal more information in the coming weeks. We think we can be patient for a little while longer, so stay tuned for more on the three-pedal Toyota GR Supra.


The Best of 2021 Volvo
The Best Volvo Models for 2020
The Best Porsche Vehicles for 2020
The FireFall MGU.
10 Fastest Lexus Cars Ever Made
Ultra-Rare Auto Books Up For Grabs at Geared Auction