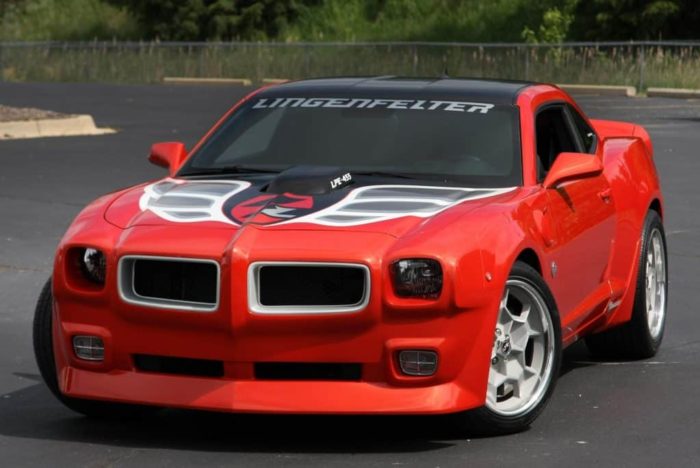 GM has received tons of mail from owners stating that they want to see the return of both the Pontiac GTO and/or Pontiac Firebird for the next generation Alpha platform. Sources stated that GM is looking to create limited editions to sell through the GMC/Buick/Cadillac dealer networks.

GM has started to invest in outside performance shops for fresh designs and possible unique warrantied performance parts. The names of the performance shop contracts were not spilled but we guess that someone like Hennessey Performance, etc. A company that could either offer injection molding possibilities or at least small based manufacturing and tuning would likely win the contract.

The latest news we received is that the project was to either be announced or debuted at the 2019 Detroit Auto Show. Sources stated that it would debut at the same time as the 7th Generation Camaro SS.

The vehicle would share a majority of components as the 2020 Camaro SS but we were informed that the 6.2L engine would be forced induction and although they wouldn’t divulge if it was on the LT4 engine or a close spec engine, sources said that the forced induction side was to be handled by the 3rd-party. Maybe similar to the HPE750 upgraded ZL1 Camaro?

It seemed that trickle down technology was key from current high spec GM vehicles. The magic word was weight reduction, It was made clear that lightweight carbon fiber and alloy components would be key for the vehicle to hit a sub-3000 lb curb weight.

When asked about the styling cues of the GTO and if it would be nostalgic of generations prior, or a modern take on styling and performance; we were told that the vehicle would differ from the 2020 Camaro SS but the styling would be in similar form. When asked if they had the design in show ready concept form, we were told no and that a few key design changes were in order. That is all that we know. As we learn updates, you will too.