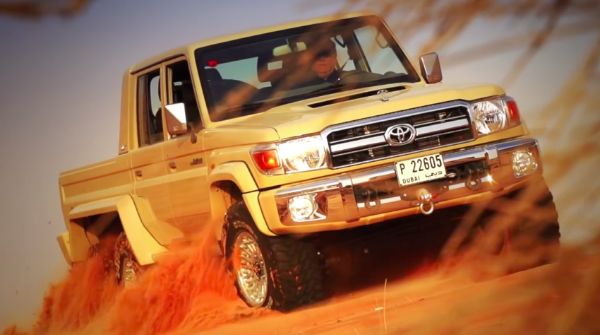 The Toyota Series 76 Land Cruiser has a reputation around the World for being one of the most durable and capable vehicles available anywhere. It is a favorite of militaries, humanitarian agencies, VIPs, mining companies, and warlords.

Unfortunately, we miss out on the best off-road vehicles Toyota has to offer. We don’t get the Toyota Hilux pickup, the vehicle of choice for terrorists around the World or the Series 76 Land Cruiser, the vehicle of choice for militaries, humanitarian agencies, mining companies, VIPs, and warlords. The Hilux is a pickup that is built along the same lines as the Series 76 in that it is amazingly reliable and has a reputation for being nearly indestructible.

How do you make one of the most capable 4×4 vehicles in the World even more capable? 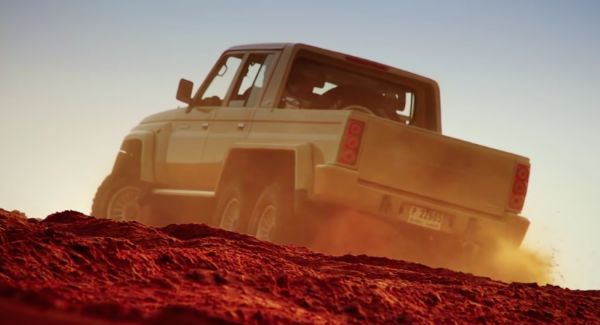 This is exactly what the people at NSV Dubai did. They added an extra axle from a Land Cruiser, making it a vehicle similar in spirit to the Mercedes-AMG G63 6×6. While the G63 6×6 is faster and more glamorous, the Series 76 6×6 is more reliable, probably more durable and definitely more utilitarian with a huge bed that has a carrying capacity of 3.3 tons. 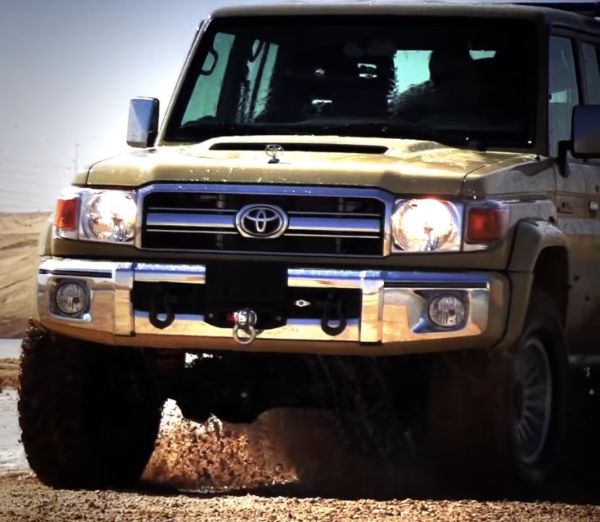 Buyers have a choice of either an automatic or 5-speed manual, dual range transmission. Power is transmitted to the ground through a 6×6 drive system. 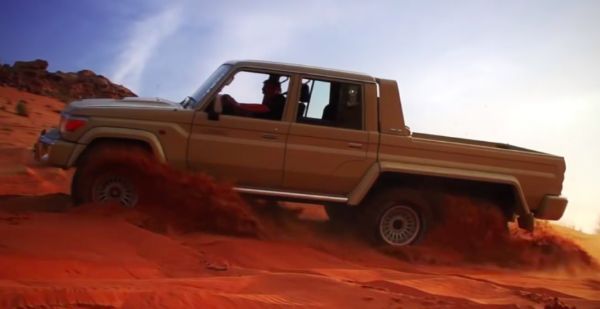 Buyers of the Land Cruiser 6×6 also have a choice of between a single or quad cab body as well as a chassis-only or custom-made payload box option.

In contrast, the G63 6×6 is only available in a quad cab version running a 5.5 liter twin turbocharged V8 putting out 536 horsepower and 561 lb-ft of torque.   This is sufficient to propel the monster from 0 to 60 miles per hour in 7.8 seconds, accelerating all the way to a top speed in excess of 100 miles per hour. 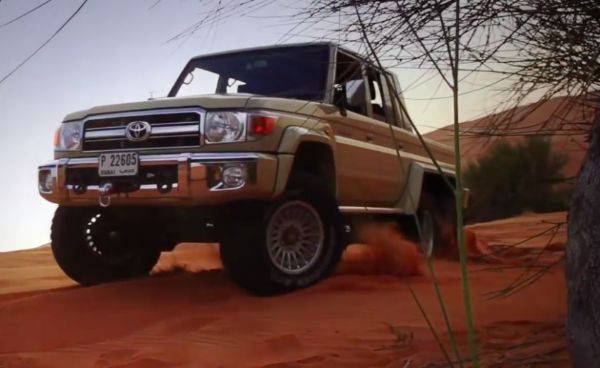 While the AMG G63 6×6 is a massive beast of a machine, I for one prefer the utility and ruggedness of the Land Cruiser 6X6. Additionally, one can most likely buy at least a couple examples to Series 76 6×6 for the price of the G63 6×6.

It is a downright shame that we as Americans will never experience the Toyota Series 76 Land Cruiser. It is a travesty that many of us will likely never even see the Series 76 6×6 in the United States.


Why Do Teslas Keep Plowing Through First Responder Sites? Fe...
Nissan Titan Texas Edition Is More Bling Than You’d Ever Nee...
Nigel Mansell Collection Goes to Auction: F1 History Up For ...
Do You Drive One Of These Known 10 Deathtrap Cars?
Best 2019 New Cars
2021 BMW Alpina XB7 is a Beautiful Beast