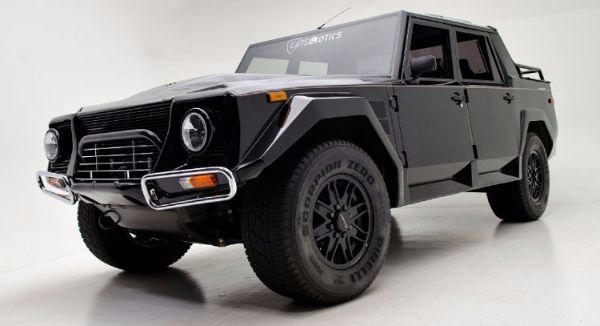 Produced between 1986 and 1992, only 301 units were ever produced. The LM002 can trace its origins to the Cheetah, the only military vehicle to be built by Lamborghini in 1979. Initially designed as a vehicle for the oil and gas exploration industry, the “Cheetah” was powered by a rear mounted Chrysler V8 engine. Only one prototype was ever produced and it never made it to testing with the U.S. Military. 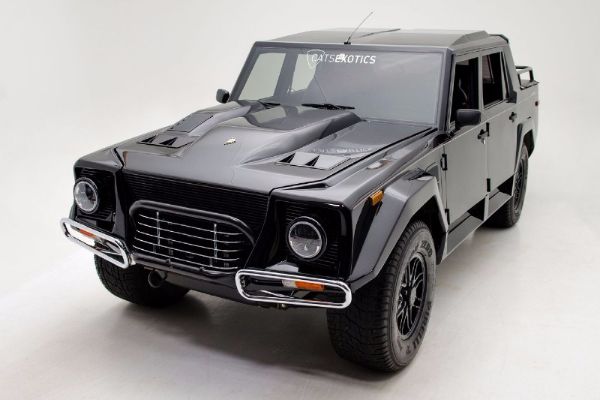 The LM001 was an off-road prototype based on the Cheetah. It was shown at the Geneva Auto Show in 1981. Powered by a rear mounted 189 horsepower 5.9 liter V8 built by AMC, the production version of the LM001 was going to have the same V12 engine that powered the Countach. 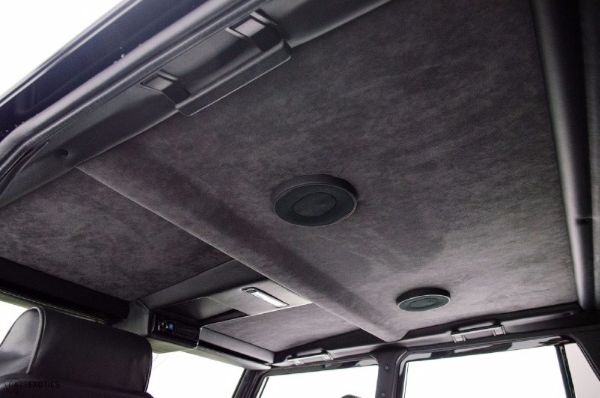 The Lamborghini LM002 was unveiled at the Brussels Auto Show in 1986. Civilian models were outfitted with a full luxury package including full leather trim, power windows, a tilt steering wheel, and air conditioning. 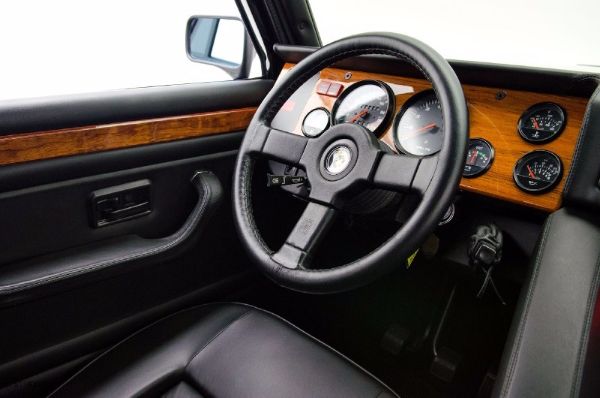 Lamborghini commissioned Pirelli to make the massive Pirelli Scorpion tire that came in sizes 325/60 VR17 and 345/60 VR17. While the Scorpion tire is no longer available, two different versions were made, one design for ‘mixed’ use and the other for ‘sand’ use. The tires were both a ‘run-flat’ design that enabled the tires of the LM002 to withstand the extreme heat of a desert environment. 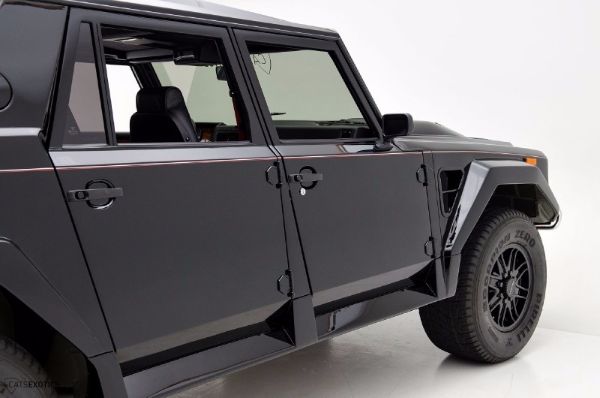 Needless to say, one needed to own a small country in order to fuel the LM002. Massive tires along with a very thirsty Lamborghini V12 engine resulted in fuel consumption of 8 miles per gallon. For this reason, the Lamborghini LM002 came with a 44.6 gallon fuel tank. Even that was not sufficient for many owners as there are several stories of the thirsty Lambo running out of gas.

The LM002 shown here has an asking price of $449,888. It was produced in 1990 and just finished a 5-year mechanical and cosmetic nut and bolt restoration. 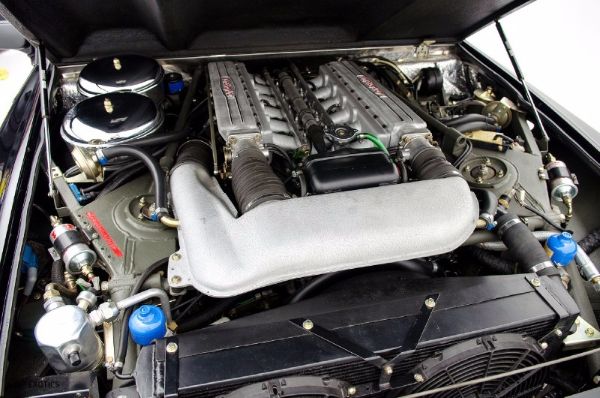 This particular LM002 is one of 48 vehicles that was upgraded to “America” specifications. A “final edition” of the LM002, the America edition had a newer and larger 5.2 liter V12 block and heads borrowed from the Lamborghini Diablo. It also included a wheel upgrade in addition to numerous cosmetic enhancements. 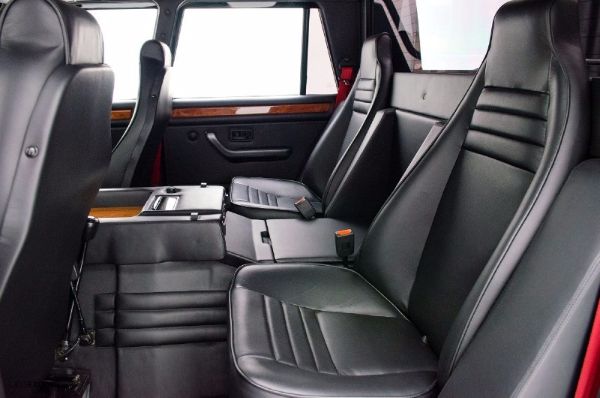 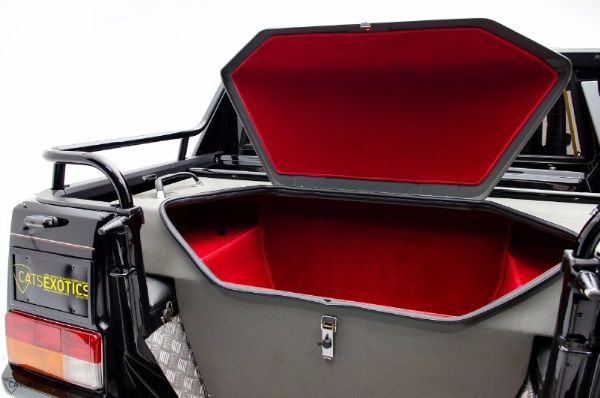 There is no doubt that the LM002 is a beautiful vehicle. However, the $450,000 price tag may just be the price of admission as the operating costs on this thirsty beast will be astronomical.