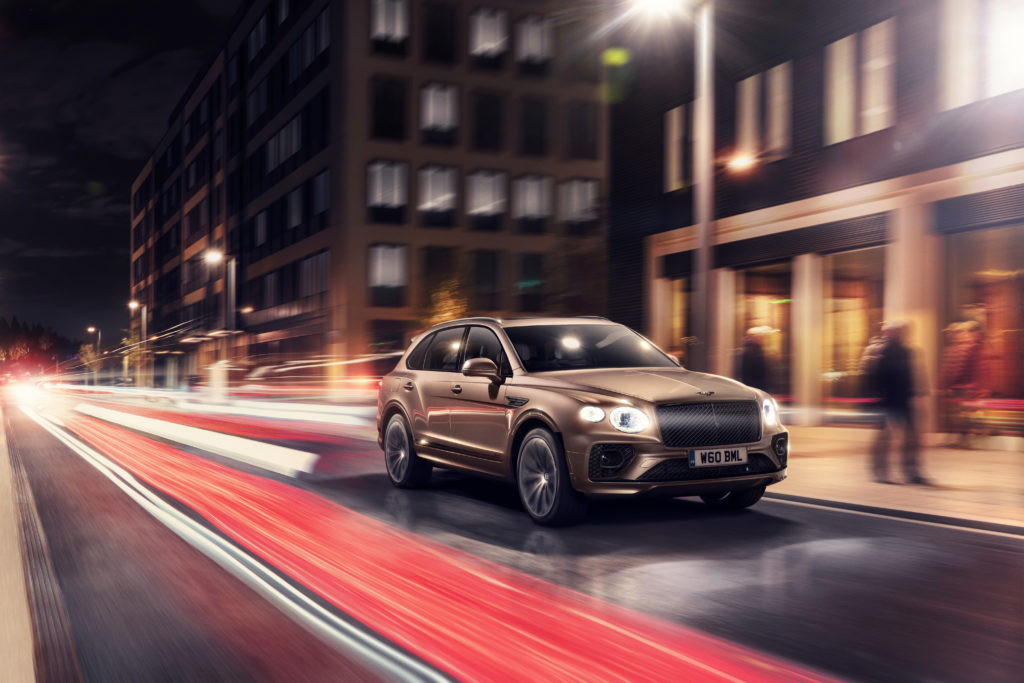 It’s not too often that green driving and big luxury SUVs are spoken in the same sentence. But British luxury brand Bentley is keen on expanding its presence in the green vehicle market with a plan to offer electrified versions of its current models over the next few years. This is especially true with the Bentayga SUV, which has rapidly become a key seller for Bentley. The current generation Bentayga Hybrid is no exception, and Bentley is determined to help the Bentayga PHEV stay fresh against a growing roster of electrified rivals. To help achieve that, it has unveiled the 2021 model which brings new technology and styling to green-focused shoppers.

Falling in Line With Its Siblings

Bentley designers already facelifted both the standard Bentayga and the range-topping Bentayga Speed models a short while ago, and it’s no surprise that the Bentayga Hybrid benefits from the same round of updates. That includes revised exterior styling headlined by a reworked front end with rounded headlights, a new side profile with larger fender vents, as well as new oval-shaped taillights and exhaust tips that help the big utility fall in line with Bentley’s current design language which made its first appearance on the Continental. 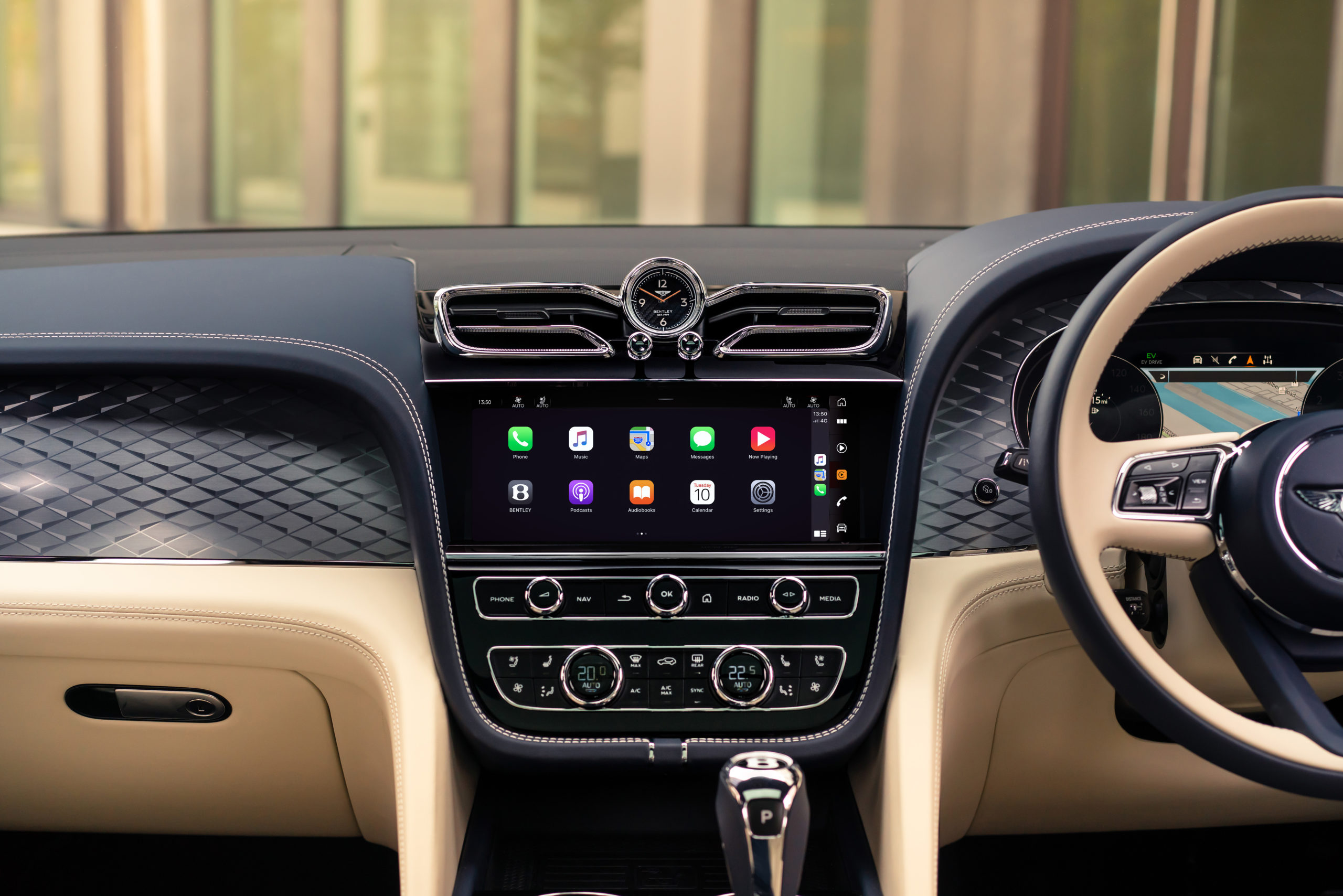 The interior follows the same script and is largely carried over from its siblings, but Bentayga Hybrid buyers will be drawn to the all-new 10.9-inch infotainment system that finally makes its way to the hybrid for 2021. In addition to the bigger screen, the system also features Apple CarPlay and Android Auto capability along with improved loading speeds. Hybrid variants will continue to offer model exclusive menus for certain functions including battery charge, as well as the ability to find nearby charging stations. 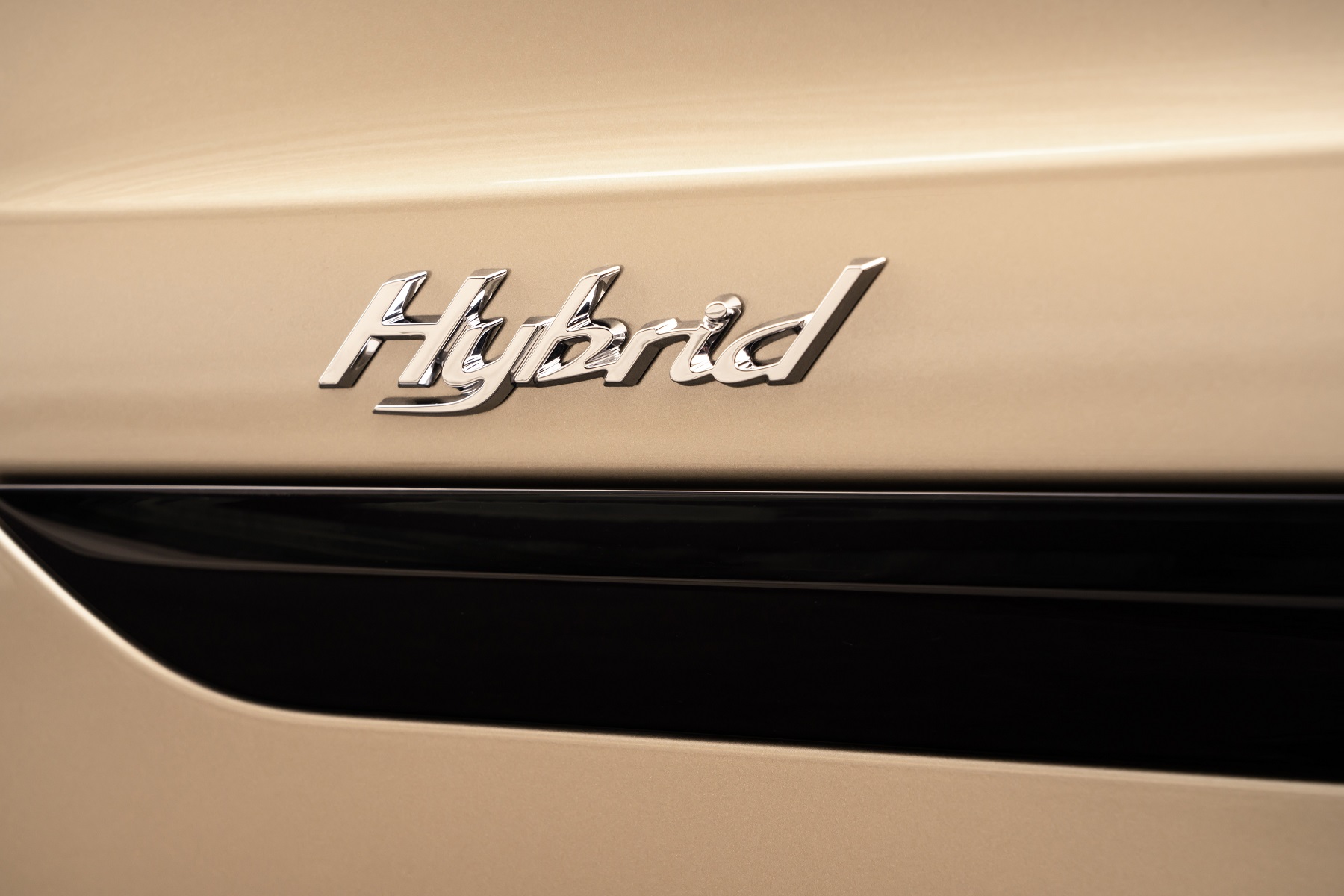 With the bulk of the updates reserved for the exterior and the interior this time around, the 2021 Bentayga Hybrid makes do with the same performance hardware that defined its outgoing predecessor. That means a 3.0 liter twin-turbocharged V6 paired with an electric motor to help produce 443 hp and 516 lb.-ft. of torque.

Bentley did not reveal EPA figures for all-electric driving but confirmed that the Bentayga PHEV is still capable of achieving 31-miles of range in NEDC testing. That should translate to about 18-miles in EPA math, which is what the 2020 model had to begin with.

While that figure may seem a bit meager at first glance, Bentley revealed that its internal studies showed that almost 100-percent of current Bentayga Hybrid owners use EV mode on a regular basis, with half of those owners taking journeys of 30-miles or less. The Bentayga plug-in hybrid has a 31-mile all-electric range.  This adds up in a big way, with Bentley revealing a 67 percent increase in zero-emissions during 600 plus mile tests in San Francisco.

The electric motor is powered by a 17.3 kWh lithium-ion battery pack which can go up to 100,000 miles before it needs to be replaced.

The Bentayga Hybrid also comes with the Bentley Hybrid Efficiency Navigation System which is designed to help drivers maintain maximum efficiency. The system creates a pressure point in the accelerator pedal when the Bentayga is in EV Drive mode. This helps create a tactile boundary between the EV and the Hybrid driving modes and encourages the driver to stay in EV mode for as long as possible.

Part of a Broader Plan

Bentley did not reveal pricing for the 2021 Bentayga Hybrid, but confirmed that it’s available to order now from showrooms. The revised hybrid will be one of two PHEVS that Bentley will be releasing this year, and a key step in its Beyond 100 strategy. This strategy aims to form the backbone of Bentley’s green vehicle initiatives with the company offering electrified versions of all of its models by 2023. 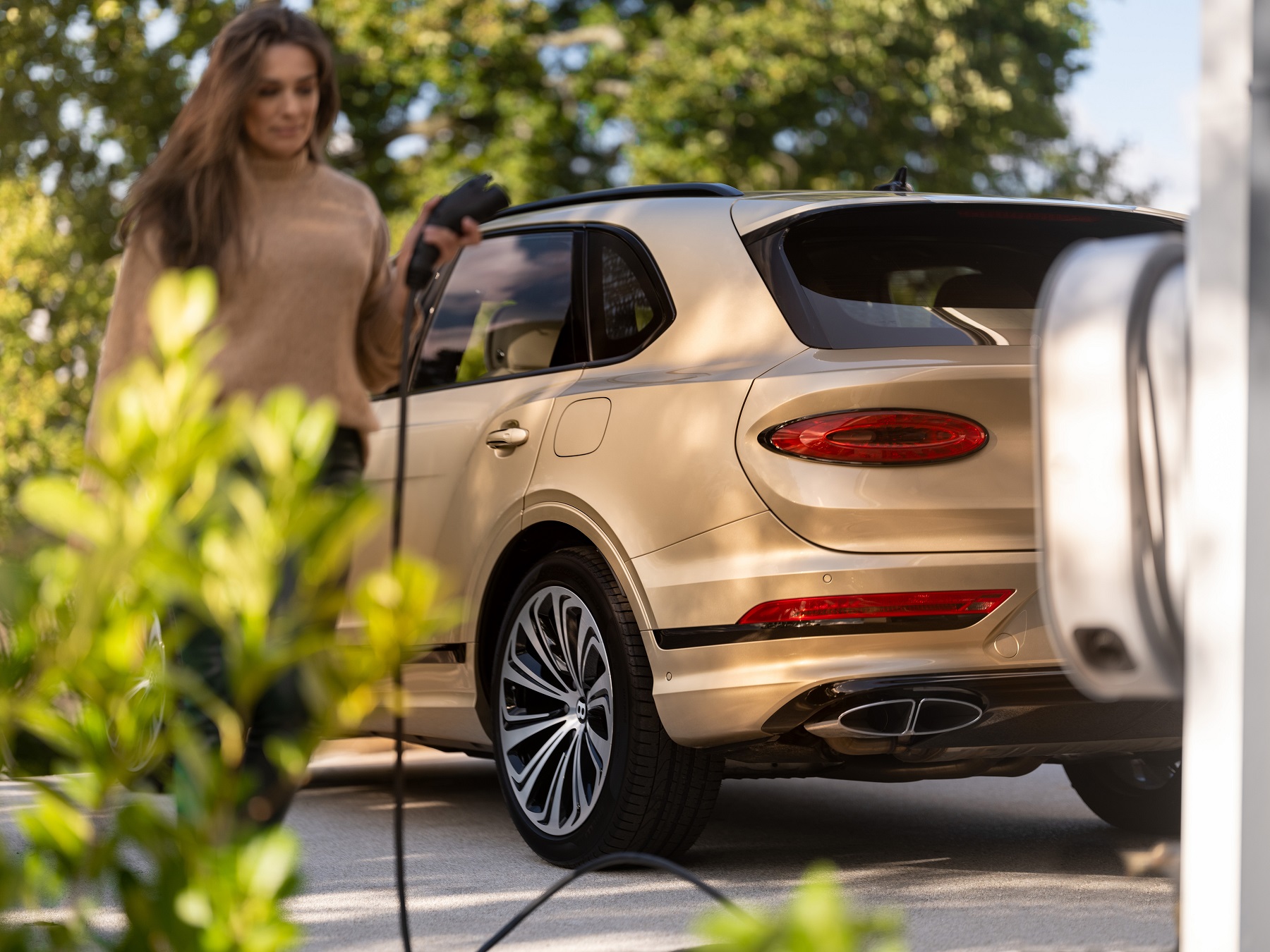 In addition to that immediate goal, Bentley is also planning to release an EV offering by 2025. Details surrounding that model remain a closely guarded secret, but look for the Bentyaga Hybrid and other electrified Bentleys to help provide the brand with real-world data which can then be used to help refine and improve future green offerings before they make their way to consumers.