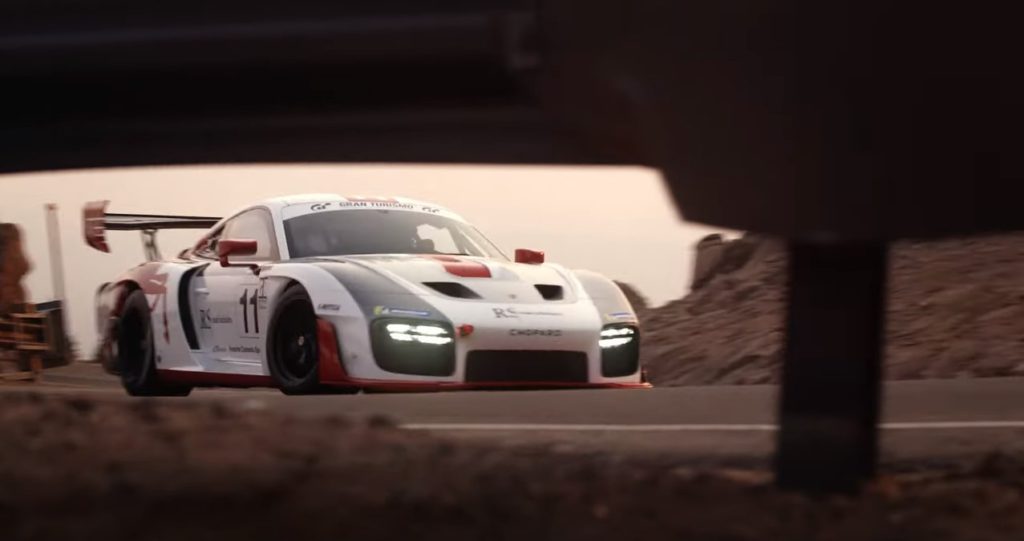 If you think of the combo of Pikes Peak and Porsche, 9 times out of 10 you are going to think about Jeff Zwart.

As Autowise’s own Joybeth Sullivan has previously mentioned, Zwart has climbed to the top of the Pikes Peak International Hill Climb 17 times and has won his class 8 of those times. A few years back automotive videographer Will Roegge captured Zwart flying up the mountainside as part of the documentary 2011 documentary, Porsche, the Road to Pikes Peak. For 2020, Roegge returned to capture Zwart in his 2020 chariot – the Porsche 935.

Before Roegge’s 2020 Pike’s Peak Race video, Zwart’s 2020 racecar was recently featured in a Hoonigan AutoFocus episode. In the AutoFocus video legendart automotive photographer Larry Chen got up close and personal with the 935 and shared all of its details.

The rare 1-of-77 machine, the Road Scholars x Ingram Collection Porsche 935, was prepared by E-motion Engineering. Described by Zwart as taking all the best bits of the GT2 RS, including the 700 horsepower drivetrain/engine combo, and the GT2 Clubsport, while taking all of its styling cues from the iconic 935s of the past. While the name comes from the 935s of the late 70s, Zwart says that most of the styling can be attributed to the 935 “Moby Dick” car.

When Chen got up close with it, it still featured a beautiful raw carbon look, but as you can see in the race video, Zwart changed that before it hit the mountain. The race livery encompassed the red and white Team Salzburg Porsche 917 that won Le Mans, the modern-day Porsche RSR program, and Zwarts personal 2002 Pikes Peak Mobil 1 car.

This Pikes Peak Porsche 935 build is Zwart’s first race car that only features two pedals, as he usually prefers to row his own gears. Not only is the 935 his first two-pedal race car, but it features a unique half steering wheel which is also a personal first for him.

Even with attempting the run with a slew of firsts, Zwart was able to perform with a positive result up the mountain. He marked his personal best time ever, the fastest overall top segment time, and 5th place overall in the standings. He managed all that and a 2nd place finish in Time Attack class. Zwart’s 2020 Pikes Peak official race time of 09:43:92 is impressive!