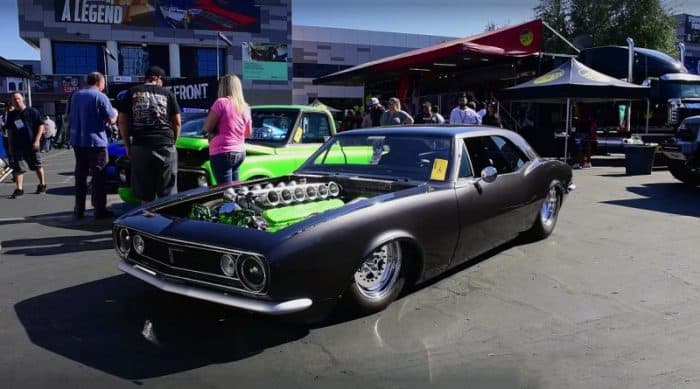 I can’t remember the last time that I was genuinely caught off guard by a 1967 Camaro. The 67-69 Camaro has been done so many times, and in so many styles, that it seems like a kind of “I have a muscle car now” kit. Pick a style, get some new wheels, and buy a crate motor. That’s all it takes, and you can live the muscle car life in relative comfort. This particular Camaro, on the other hand, has had a wild ride that shows no signs of stopping. 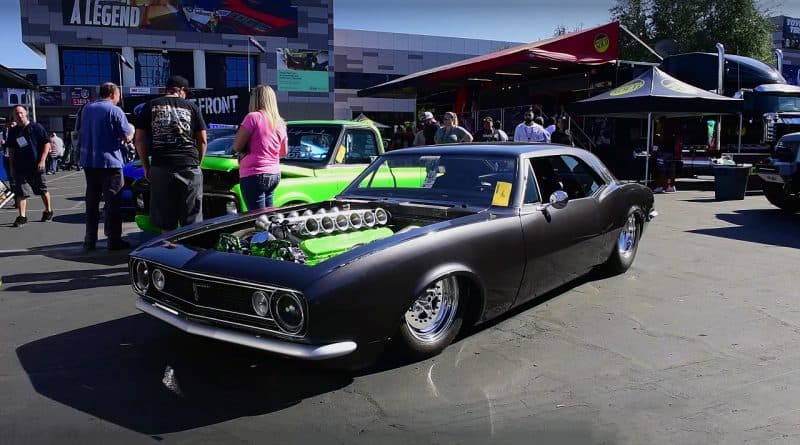 Mike Heim bought this car when he was 19, using it as a daily driver then a race car before finally parking it for a number of years. It wasn’t brought back to life until Matt and Shane Corish approached Mike at a car show to see if he had a rolling chassis handy for them to stick one of their engines into. The engine in question was a prototype of their Chevy V12 engine, based on the LS1 and constructed using two LS1 blocks stuck together. 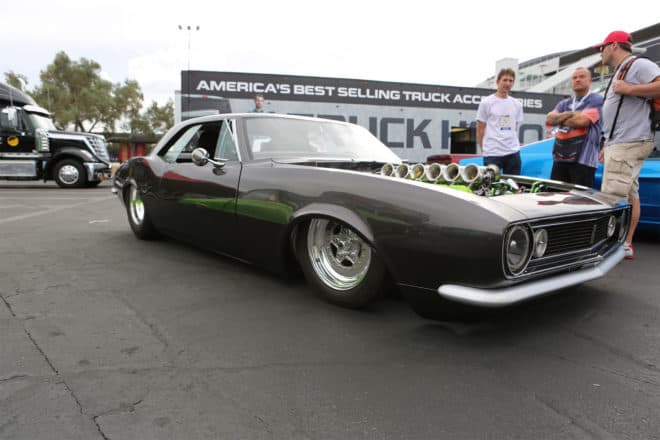 It is really hard to stand out in the muscle car world with a V8 of any kind. Everything from massive twin-turbo racing engines to turbo diesel V8s have been done. V12 engines are generally found in high-end sports cars and luxury cars, meaning that they are pricey and delicate, not particularly muscle car-friendly. The clever engineering employed by the Corish brothers has given hot rodders who are looking for some extra zing a viable option that isn’t a V8 and isn’t shy when the big pedal hits the floor. 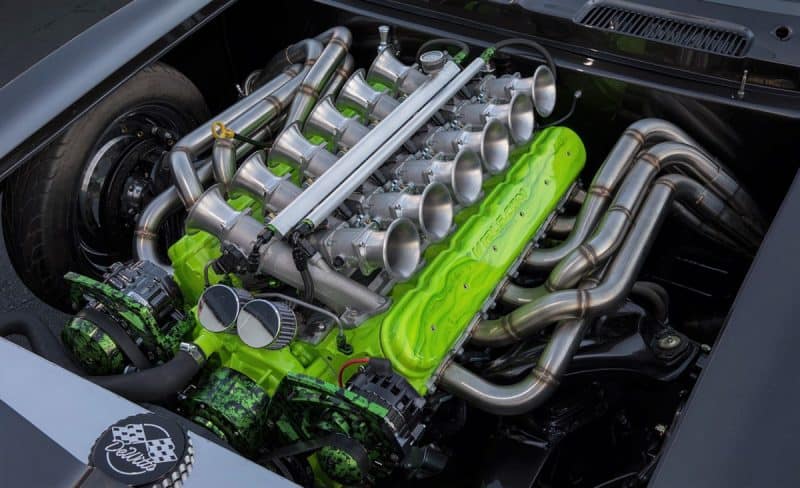 Mike, who is the owner of Quality Custom Rides, is no stranger to ambitious builds. A car with this engine under the hood would need to be a real show-stopper, so Mike and his team set out to make this Camaro a bit more special. They channeled it to sit three inches close to the pavement. Once that was done, they chopped the roof and set the roof at a slightly more menacing angle. Finally, suicide doors were installed.

The big engine and low roof make for a very matchbox-car look that puts all of the emphasis on that monster of an engine. That emphasis extends to the underside of the car as well. To keep the car a bit more authentic, the frame is the original that came in the car and the suspension in front is modified to look like the factory arrangement. In the rear, the air springs sit in the trunk and a cantilever system helps raise and lower the car. 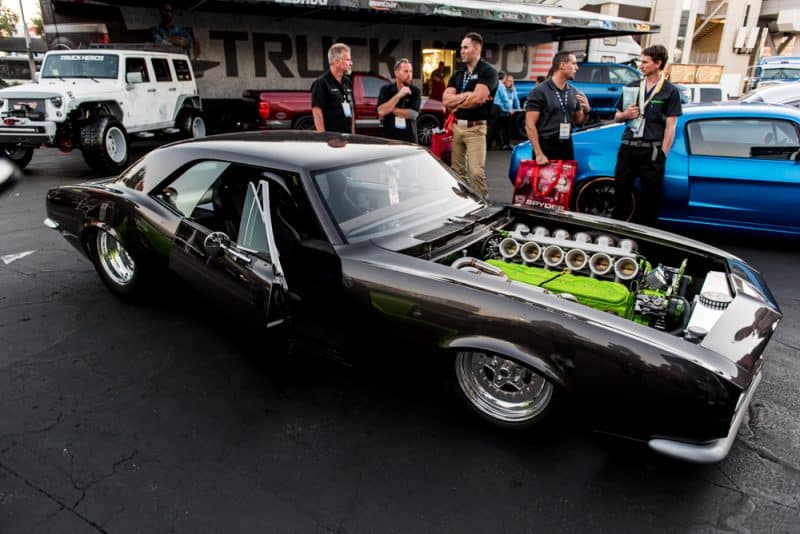 The air suspension helps the car sit close to the ground, and it can actually steer and drive all the way down. To make the engine even more noticeable, the V12 was fitted with individual throttle bodies and painted a bright shade of green. It really is impossible to miss. 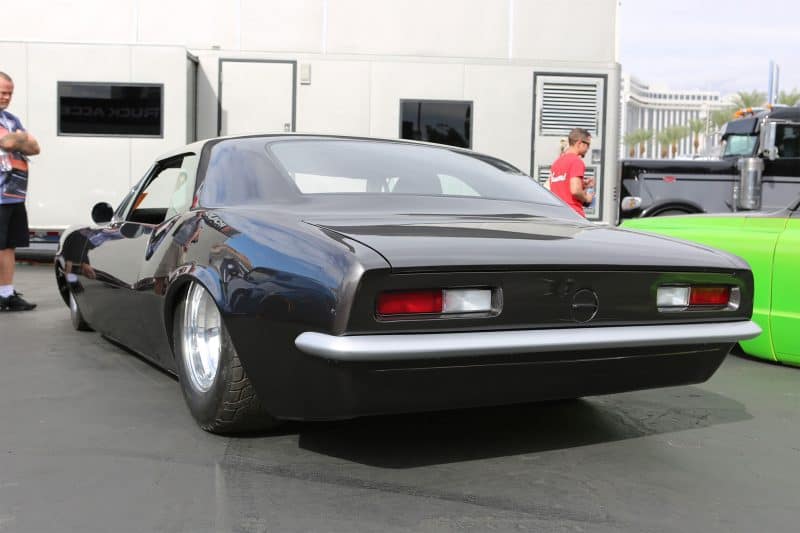 This car is low, fast, mean, and totally unique. It’s hard to believe that all of the wild ingredients that went into this car still made something that is pretty simple to understand at first glance. Being understated is underrated.


The Jeep Renegade May Have Problems During Hard Braking As S...
2020 Top 5 Cheapest New Cars You Can Buy in the USA
The Best Mustangs From 12 Eras of Pony Car Perfection
Polestar O2: Gorgeous EV Roadster Concept With a Built-in Vi...
10 Cars That Faked Their Horsepower Ratings
15 Best-Selling Electric Cars (and 10 That Never Made it)