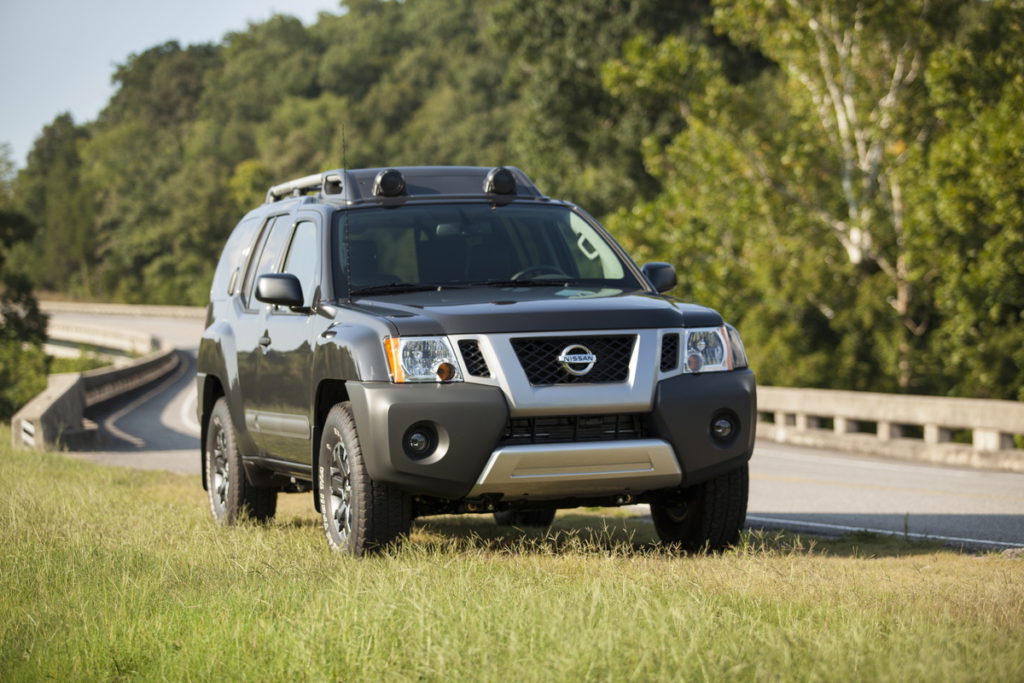 The love affair between consumers and the off-road SUV segment is heating up once again. The segment itself is riding a new wave of demand with the revived Ford Bronco poised to bring the fight to established off-road icons like the Jeep Wrangler and the Toyota 4 Runner. However, Nissan has been noticeably absent from the fray, with the Japanese auto giant axing the trail-ready Xterra SUV back in 2015. Nissan dealers are not blind to the winds of demand, though, and have begun asking the company for a revival of the Xterra to help give them a potent weapon to steal sales away from Ford, Jeep, and Toyota. 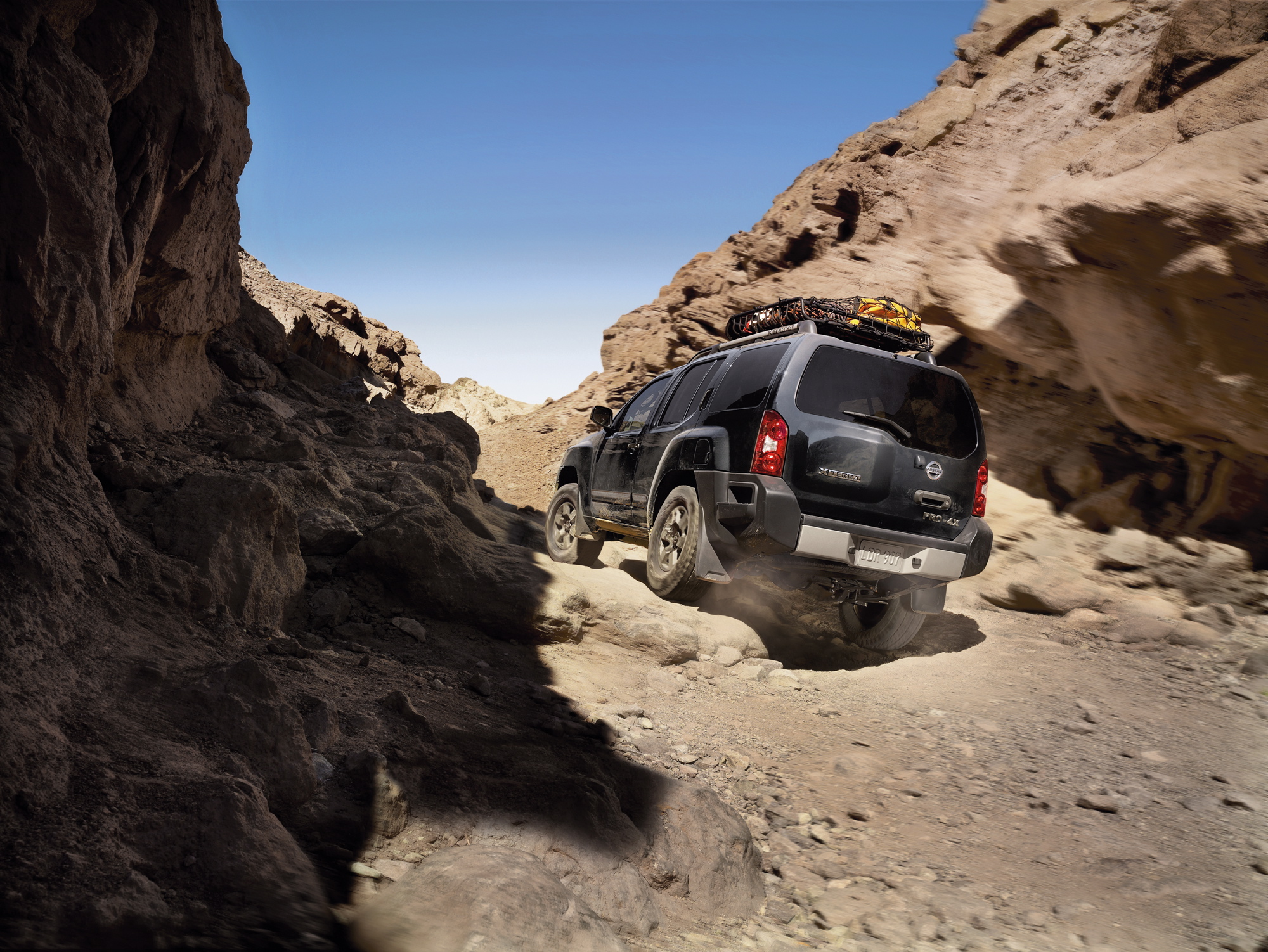 When Nissan first began work on the Xterra in the mid-1990s, it represented a significant shift in direction for the company in terms of design and development. Unlike other Nissan models, the Xterra was designed to embrace its U.S. heritage, with the original development for it taking place at Nissan’s Design America Studio in California versus its facilities in Japan. This allowed Nissan to zero in on what U.S. buyers truly wanted in an off-road SUV and helped give the Xterra a distinct identity in the process.

That included a strong emphasis on ruggedness and simplicity, with the company originally offering only two trim levels, the base XE, and the slightly richer SE. A 2.4 liter 143 hp engine served as the base engine, and it could be mated to a 5-speed manual transmission. SE buyers got access to more power with that trim featuring a 170 hp 3.3 liter V6, which was mated to a 4-speed automatic.

Nissan’s marketing at the time promoted the Xterra as having “everything you need, nothing you don’t,” and that meant luxury and other comfort-focused features were secondary to some of the off-road-focused equipment it had on offer to conquer the trail.

A major update in 2005 brought a new styling language and reduced the engine lineup to just a standard 4.0L 261 hp V6. But the basic mission remained the same, and that held up until 2015 when the Xterra was axed. Slumping sales caused Nissan to not move forward with upgrading the model to comply with new emissions and safety regulations.

2022 Xterra Potentially Playing A Game Of Catch Up 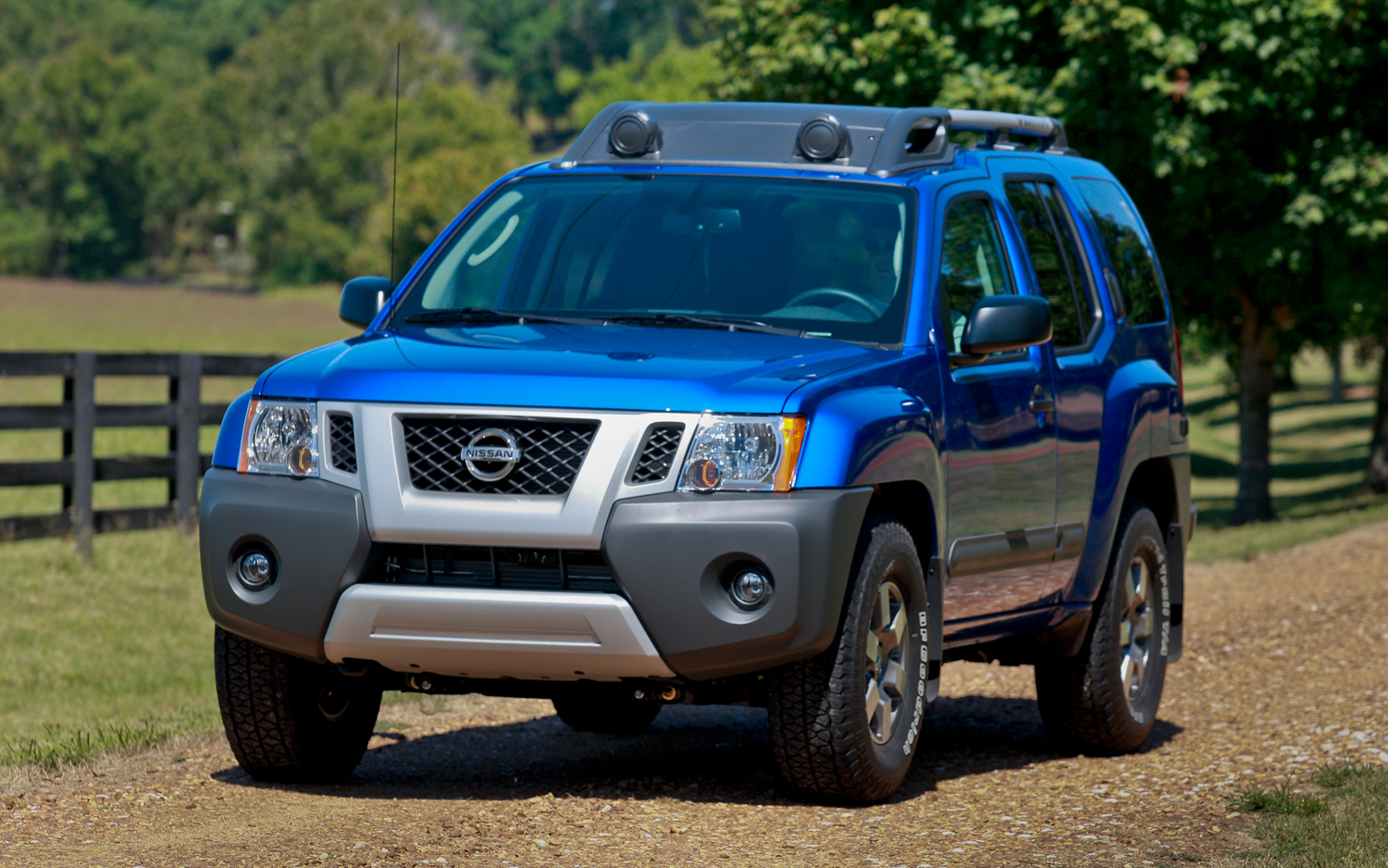 Other automakers have made massive strides in the off-road arena since the Xterra’s exit 6-years ago. The revived 2021 Land Rover Defender 110 and the Ford Bronco are several recent examples of this. Despite this, Nissan dealerships in the U.S. are confident that a revived Xterra could still bring a big infusion of sales to the company if given the green light.

“The rugged body-on-frame utility segment is on fire, and we’re missing out on key business for the brand,” said Tyler Slade, an operating partner at Tim Dahle Nissan in Salt Lake City, in a recent interview with the folks at Automotive News.

Slade’s statements are backed up by some very key figures when you view 2020 sales figures for some of Xterra’s potential rivals. Jeep, for example, managed to move 201,311 Wranglers while Toyota sold 129,052 4Runners. Those numbers are very impressive, considering that the nation was in the grips of an on-going pandemic that caused havoc in most segments of the automotive industry. Meanwhile, Ford logged over 190,000 reservations for the revived Bronco. However, that model had its rollout to dealerships delayed recently by COVID-19 related part shortages, which pushed its arrival to dealerships into the summer of 2021.

While these combined figures create a formidable sales mountain for any Xterra reboot to climb, Slade is still confident that Nissan dealers can sell between 70,000 to 80,000 Xterras in the U.S. annually. That would be enough for the Xterra to at least be a potent disruptor, especially in 4-Runner and Wrangler sales. 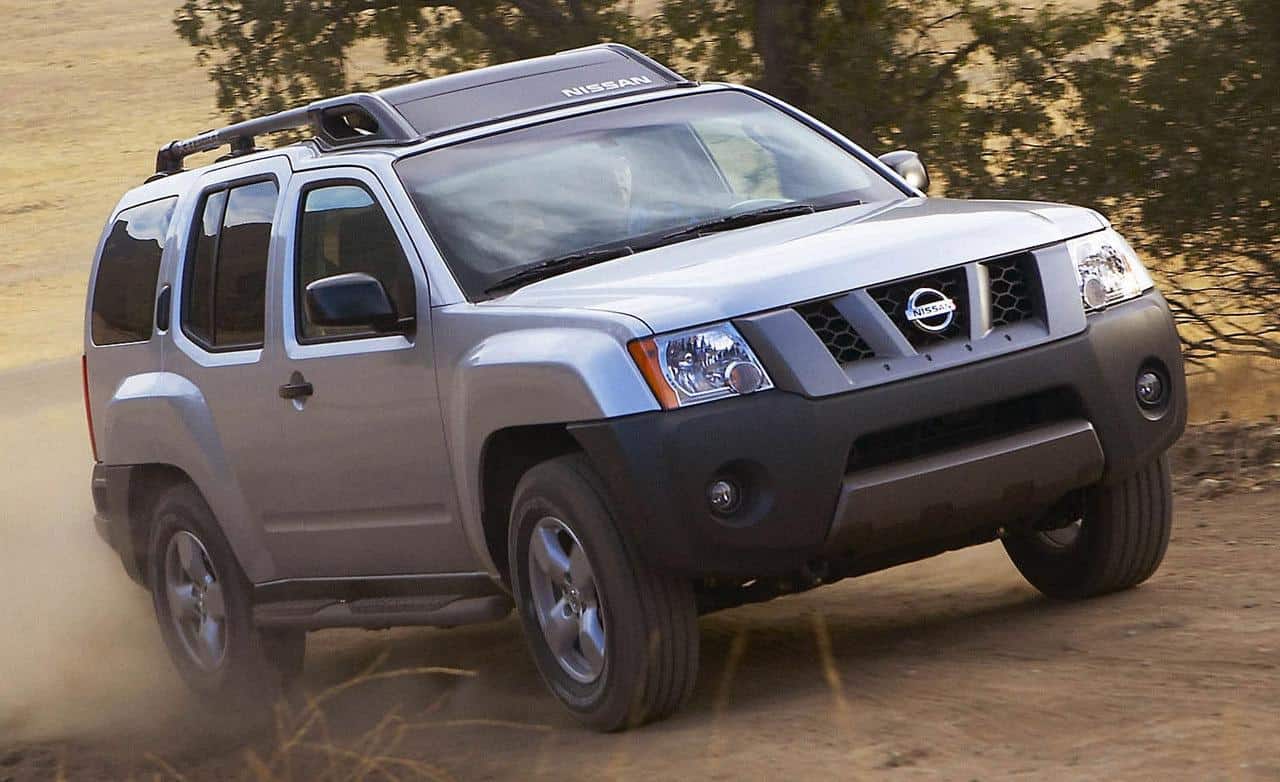 A key goal that Nissan will need to achieve with the Xterra is to ensure that it maintains the value-focused pricing ladder that played a prominent role in helping the Xterra have some of its early success with consumers. Before it was axed in 2015, the second generation Xterra had a base price of $25,670 when it was equipped as a 2WD S with an automatic transmission. A manual transmission was also available in the Xterra, but that required buyers to either go for the $26,670 4WD equipped S variant or the $30,590 version of the Pro-4X.

That pricing ladder was in the proverbial sweet spot for SUV buyers at the time. Any subsequent pricing hierarchy will need to maintain the strong focus on value, especially in the face of the Ford Bronco, which starts at $33,200 for a base model with the $35,880 Big Bend and the $38,545 Black Diamond model following closely behind. A similar situation exists at Jeep with a base Sport model in the 4-door Unlimited trim starting at $33,210 and volume focused variants resting between $35,155 and $43,405.

On the other side of the coin are some of the higher-priced rivals that the 2022 Xterra could face when out on the trail. The 2021 Lexus GX460 is a healthy $53,250. While it has old-school off-road body-on-frame chops, it also has a glammed up Lexus interior and boasts a 4.6L V8 that makes 301 hp and a 6-speed automatic to boot. The interior has not aged gracefully, though, and the Xterra could have an advantage if engineers can successfully blend modern technology with the cabin’s rough and tumble character at a far lower price point.

Another key rival is the 2020 Land Rover 110, which brings the Defender nameplate back to the United States. The $49,900 base Defender has a design that blends sleek modernism with iconic elements from its ancestors. A 290 hp 4-cylinder is the base engine, but buyers can also add a beefier 3.0L 395 hp turbocharged inline-six that comes with fuel-sipping hybrid technology. The Defender also boasts an impressive arsenal of off-road equipment out of the box with higher trims adding Terrain Response 2 and All-Terrain Progress Control. Any potential Xterra revival will need to use a similar toolbox of technology but without breaking the bank for buyers.

Will Nissan Pull The Trigger On Xterra Revival? 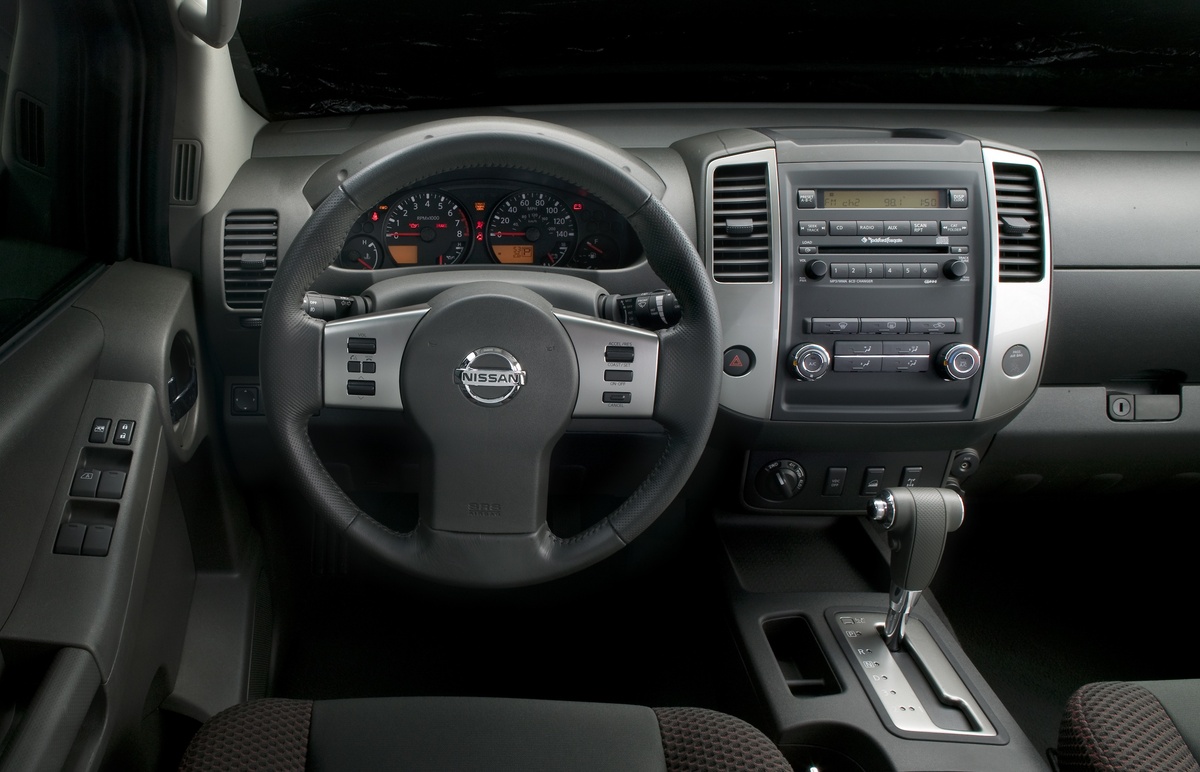 For its part, Nissan has stated in the past that it could revive the Xterra nameplate, with Nissan Chief Operating Officer Ashwani Gupta telling dealers recently at a corporate meeting that their voices have been heard and that his team is pondering such a move. However, Nissan has not made any significant moves that would point to such a thing being in the works with the company keeping silent on the matter when asked about it.

We suspect that’s partly due to Nissan focusing on more pressing matters at the moment, including the launch of an all-new Frontier pickup and recovering from a 33% slide in U.S. sales during 2020. There’s also the possibility that company execs are watching Toyota and waiting to see what it does with a potential revival of the FJ. That model has also been the subject of separate rumors, and Toyota has followed Nissan’s lead in not revealing whether it has plans to bring the FJ back into the fold. If it does look for the FJ to potentially borrow styling cues from the 2019 FT-4X concept to achieve a more futuristic look. 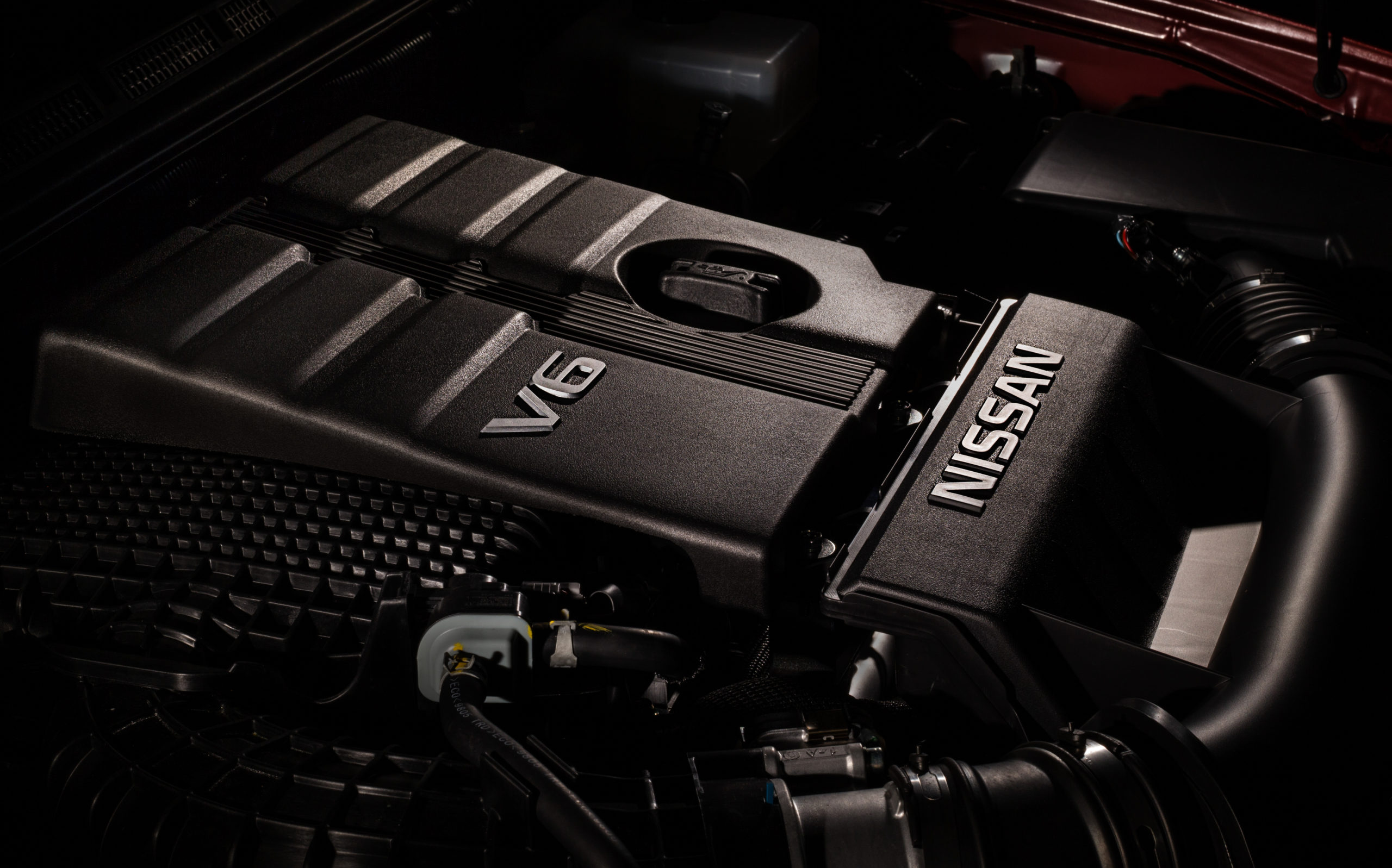 But if Nissan does revive the Xterra, look for it to maintain its strong family ties to the Frontier pickup. That means a design that benefits from the Frontier’s new suit of clothes and helps push the Xterra into the modern age as well. The interior could also benefit from the Frontier’s magic and we would really like to see the Xterra add more mobile-focused technology for younger buyers, including Android Auto and Apple CarPlay capabilities as well as better quality plastics.

The Frontier’s 310 hp 3.8L V6 would likely also be carried over to the next-generation Xterra, along with the 9-speed automatic. We highly doubt that a manual alternative will make its way to the Xterra this time around due to low customer demand. The Bronco is getting a manual though, so there is still some market demand and hope for 3-pedal lovers.

The Fanbase Is Strong 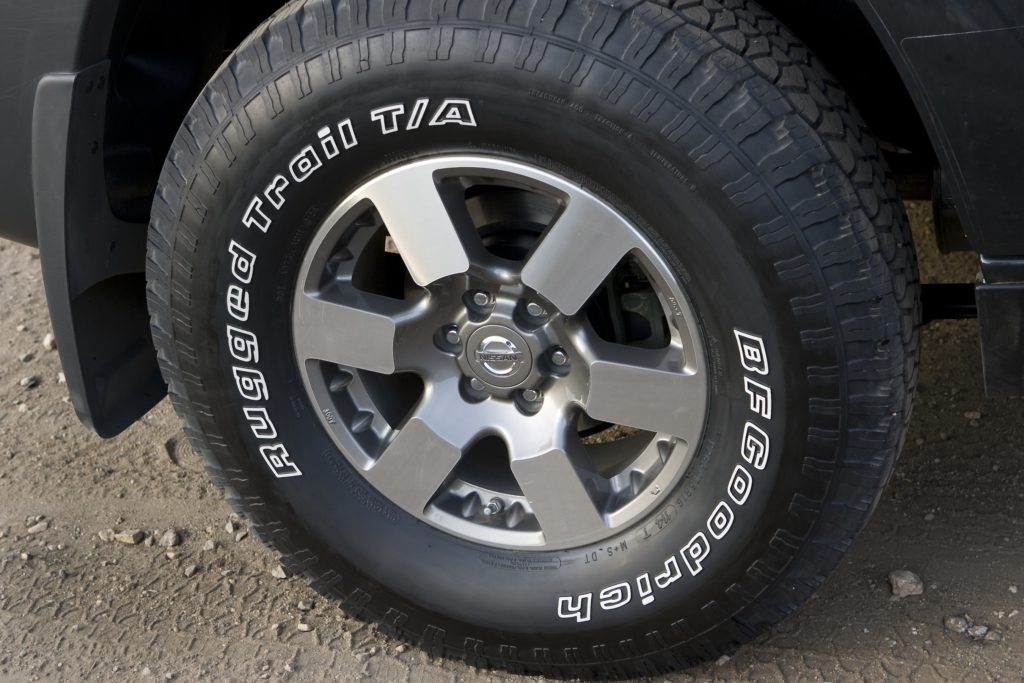 Sadly the revived Nissan Xterra currently exists only in our imagination, but when/if it makes its triumphant return to the real world, the rugged off-roader will have plenty of fans waiting for it. As mentioned, the Xterra had an impressive degree of success when it first appeared, with that rapidly transforming into a loyal fanbase.

“The Xterra brought people to our showrooms we hadn’t seen before, and it drove sales across model lines. We’ve still got people coming in and asking for it,” said Scott Smith, chairman of the Nissan National Dealer Advisory Board.