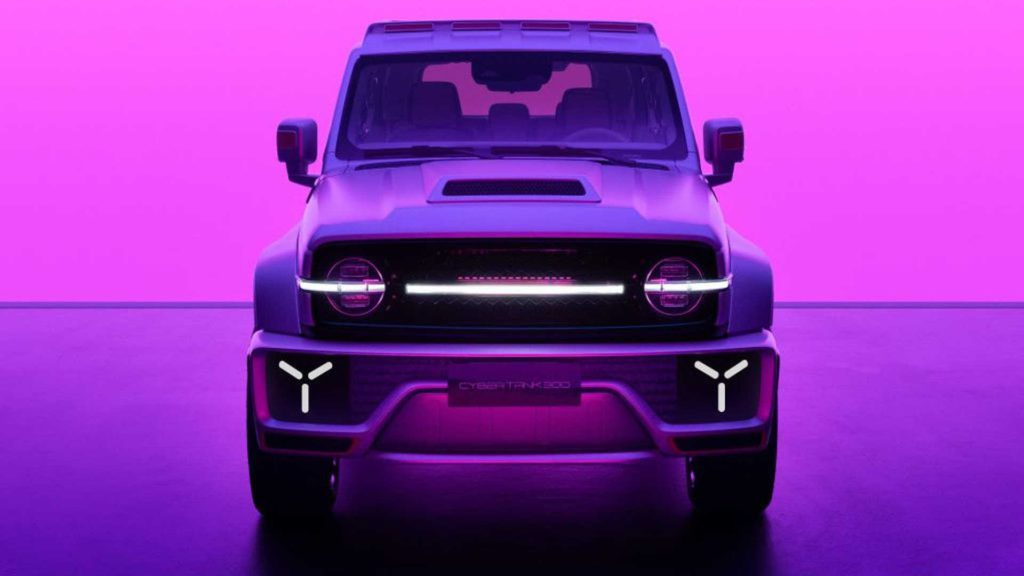 Ever wondered what would happen if you took a Suzuki Jimny and threw it into a blender with a Mercedes-Benz G-Wagon, and then mixed the two?  You might end up with the WEY Tank 300. This spunky off-roader was first unleashed into the Chinese market in 2020 and has managed to make a name for itself during its brief time in production. This is mainly due to its rugged construction as well as its small size. But what if you’re a luxury SUV buyer looking to flaunt your wealth in a sensibly sized package. WEY thinks it has the answer with the Cyber Tank 300 Concept. 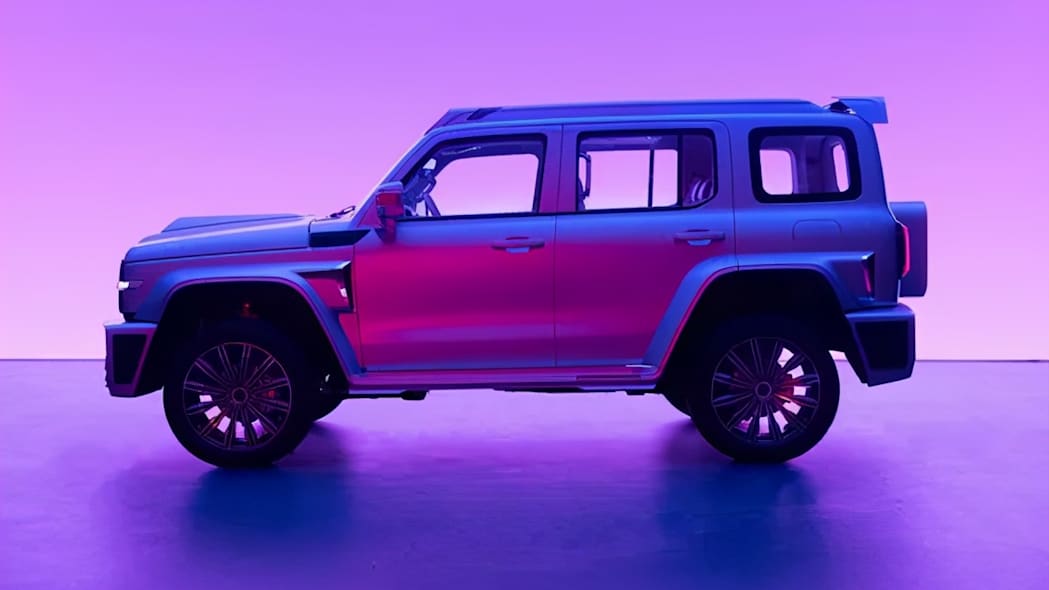 A Beefier Package In A Shapely Suit

For the moment, the Cyber Tank 300 exists purely as a one-off concept, but it’s clear that WEY is looking to punch far above its weight class with this particular variant. The concept shares the bulk of its design language with the existing Tank 300, but this ‘Cyber’ version builds on this with several styling cues that remind us of the G-Wagon.

The headlights feature a small strip of LED lights that run along the grille center and help connect the headlights. A small hood scoop also adorns the hood, and the chunky flared wheel arches further enhance the concept’s toughness. 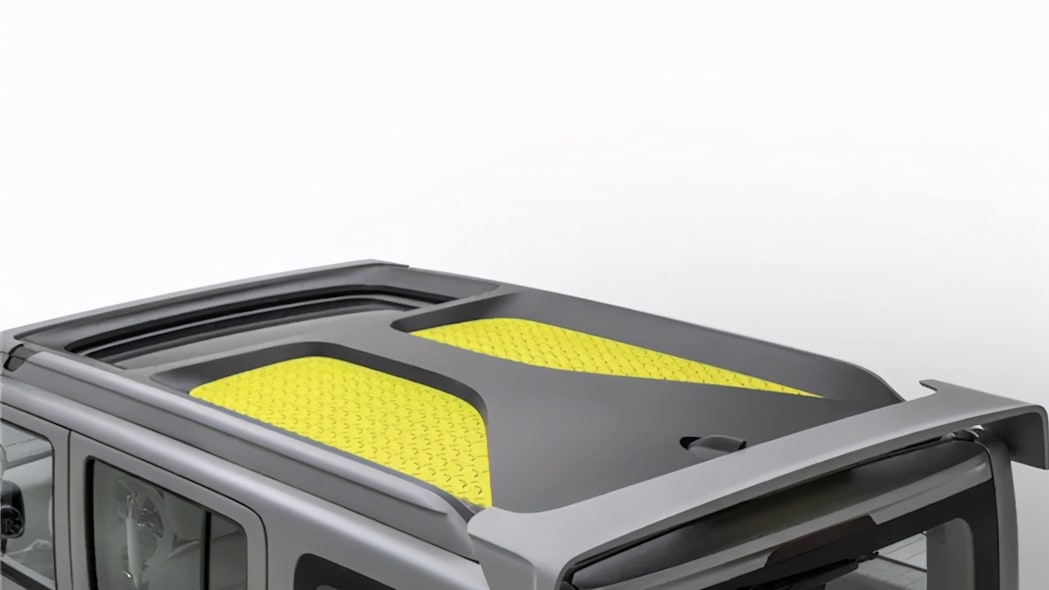 Other goodies include a solar panel mounted on the roof, a large roof spoiler, Y-shaped foglights, a square-shaped spare tire cover, and new wheels outfitted with off-road tires. While it appears that the Cyber Tank 300 can easily handle a day of trail busting, we suspect a potential production version will spend the bulk of its time on pavement.

Haven’t We Seen This Before? 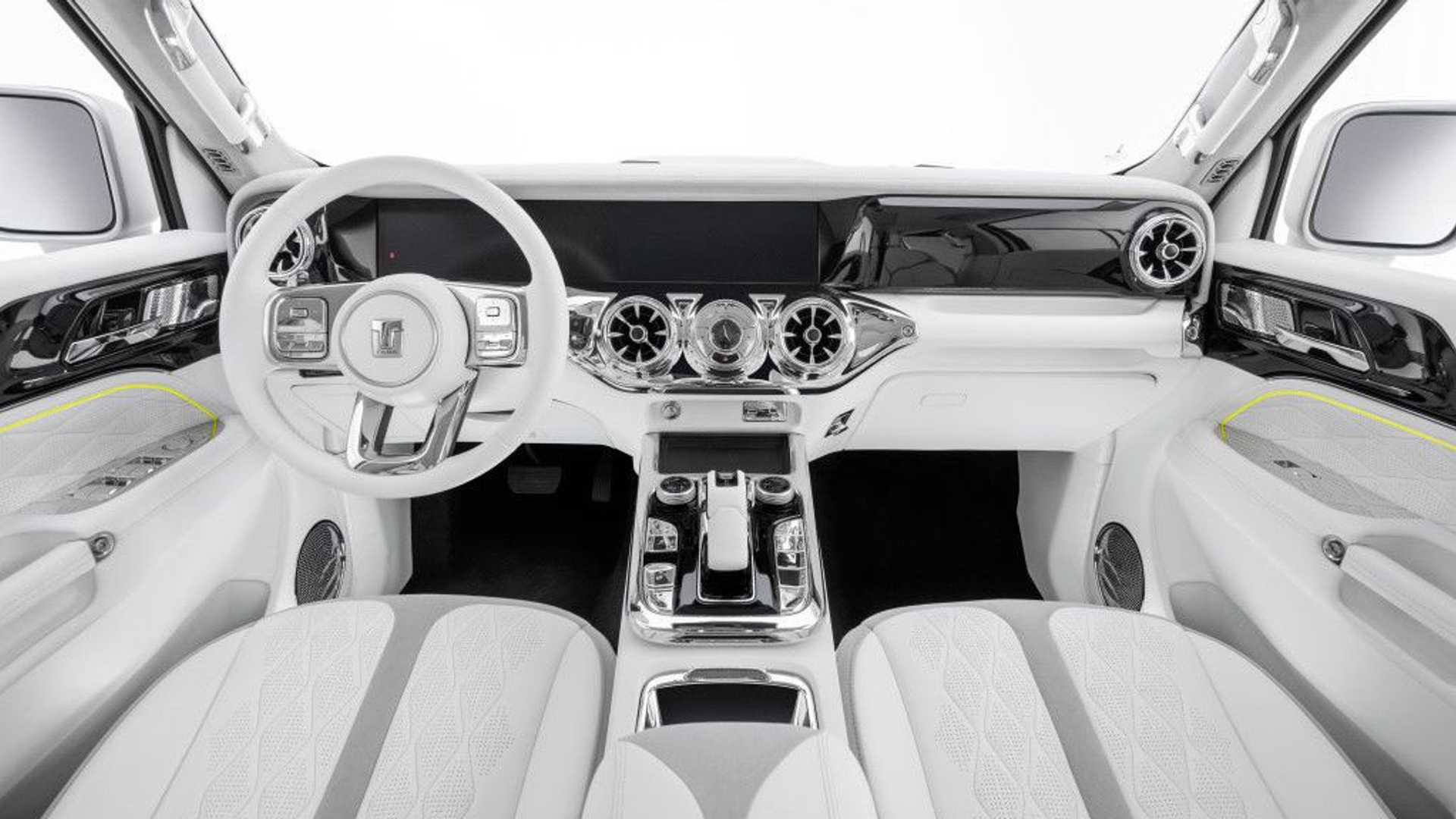 Slip inside the interior of the Cyber Tank 300 Concept, and you would be forgiven if you thought you were in a current Mercedes-Benz offering. The cabin is finished in bright white leather and features circular-shaped air vents and splashes of aluminum trim. It has a strong resemblance to the current generation G-Wagon, and it also comes with yellow accent trim and strategically placed pieces of piano black plastic trim. 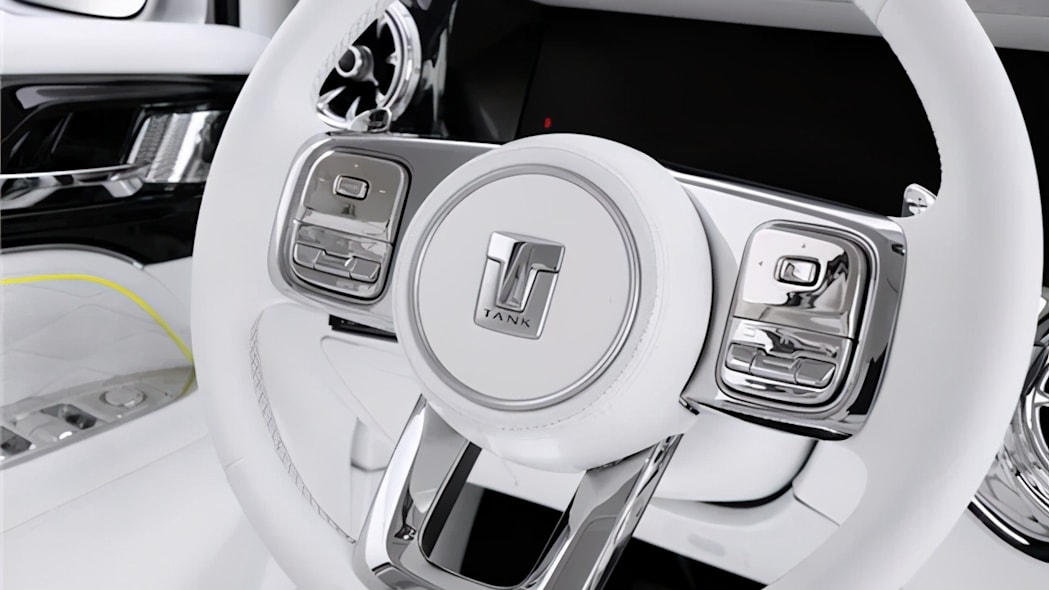 An item that caught our attention is that the concept appears to feature a fully digital instrument cluster to go along with its large infotainment screen. Unfortunately, the company released all of its images of the cabin with the screens off, so we get to wait a bit longer to see how it operates and what it looks like when it’s fully booted up -if that ever actually happens.

That aside, the lavish interior appointments here on this Cyber version are a noticeable step up from the current version of the Tank 300, which is distinctively less lavish and embraces a more analog theme regarding the way it handles business. In fact, the only giveaway we spotted in its disguise is the funky-looking gear shifter which is lifted from the standard Tank.

Will The Cyber Tank 300 Enter Production?

The big question will be whether the Cyber Tank 300 will get the green light for production after it soaks up the spotlight at the 2021 Shanghai Auto Show? The popularity of SUVs and other utility vehicles is slowly becoming a global trend, with some buyers in international markets embracing SUVs for the same reasons that have hooked U.S. buyers. WEY officials didn’t reveal what’s lurking under the hood of the concept, but we suspect that it will continue using the standard Tank’s 2.0L turbocharged 4-cylinder, which is good for 227 hp and is mated to an 8-speed automatic.

Pricing information is also up in the air given its current status, but we suspect that a production Cyber edition will have a significant premium over the Tank 300’s $27,000 base price. We suspect that this will not dissuade customers from buying one, especially wannabe oil barons, oligarchs, and even social media influencers looking to make a styling statement in a decidedly smaller SUV package. 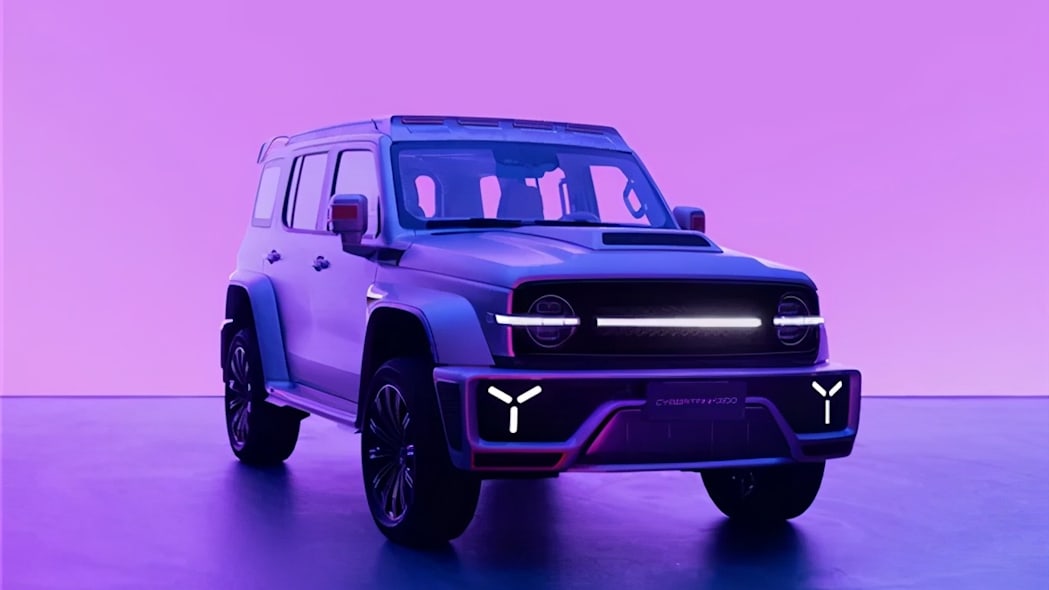 Of course, there is also no plans to see this vehicle on U.S. shores, although we’d love to have a go in one. If a G-Wagon and Jimny had a baby that was then raised by a Russian Oligarch the WEY Cyber Tank 300 Concept would be the result.