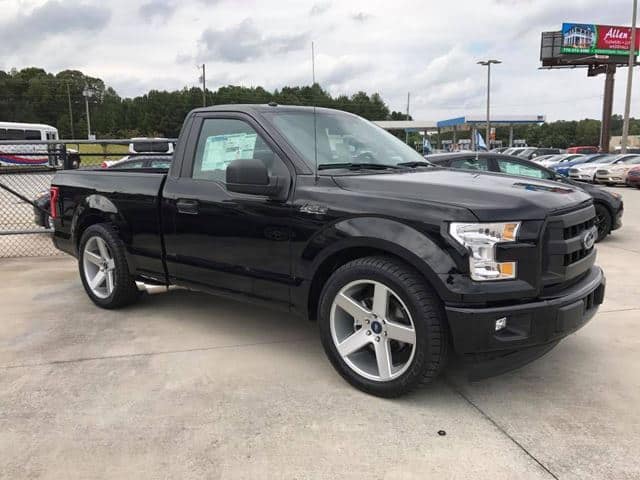 A rather peculiar truck has been making its rounds on the internet this week. The Pioneer Ford dealership in Bremen, Georgia, recently made a couple of posts on its Facebook page about a rather special truck – a Ford F-150 SVT Lightning Tribute.

The Ford F-150 SVT Lightning was a fantastical street truck that was introduced for a brief stint from 1993 to 1995. A second generation came about in ’99 and was king until 2004. During its reign, it didn’t sell terribly well, but confusingly also seemed to capture the hearts of millions. Just about everyone that remembers the Lightning loves it.

The concept was pretty simple: take a single cab barebones Ford F150, slap a supercharger on it and doll it up a bit. The second-gen Ford SVT Lightning engine was a 5.4L V8 capable of 360 hp (380 after 2001) and 440 lb-ft of torque (450 after 2001). The Ford SVT Lightning was dubbed the World’s Fastest Production Pickup Truck by Guinness World Records in 2003 and now, it seems, people are looking to bring it back. With numbers similar to or exceeding the original Ford Lightning specs, who wouldn’t want that?

The Pioneer Ford F-150 Lightning Tribute is the first proper rendition we’ve ever seen since the original, and most others seem to agree. Since its reveal, the truck has garnered attention from all over. 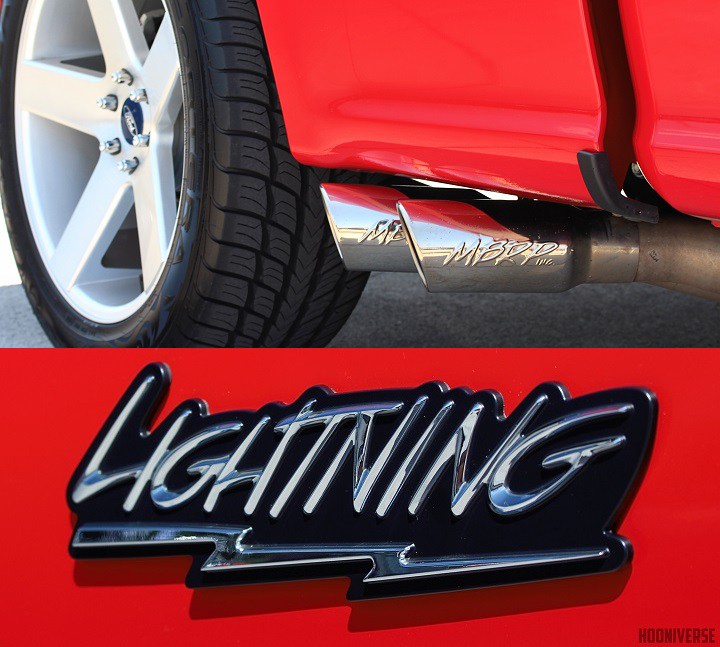 This special edition tribute started life as a 2017 Ford F-150 XL – the absolute base model. The truck already came equipped with the optional 5.0L V8 and from there, the dealership added a Roush Phase 2 supercharger, high-capacity/low-restriction air induction system, Roush high-flow fuel injectors, and all the other necessary supporting mods. While there are no available torque specs, we do know that the dealership also equipped it with an MBRP 3″ cat-back side-exit exhaust, tuned suspension, and 22″ inch rims that are a perfect throwback to the original Ford SVT Lightning wheels. Also, the new Ford SVT Lightning specs project power to be somewhere in the ballpark of 650 hp. 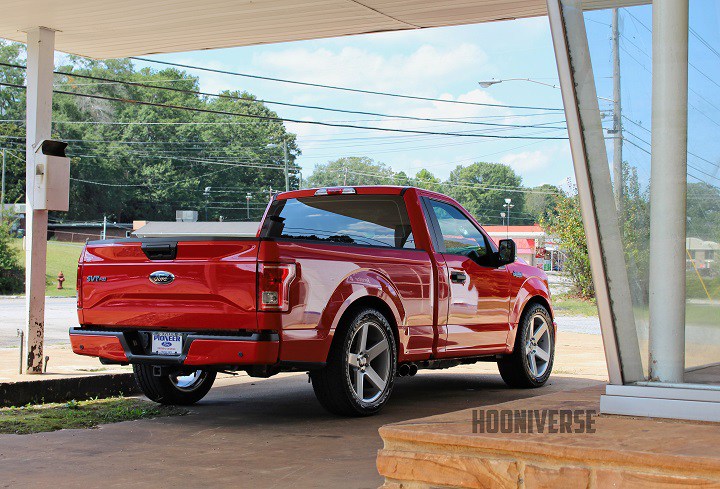 Perhaps one of the coolest parts about this whole thing is that both the truck and supercharger not only retain their factory warranty, they’re even eligible for an extended warranty. Since this custom Ford SVT Lightning tribute was made using Roush parts and the dealership is an authorized Roush retailer/installer, the warranty is not voided.

So far, Pioneer Ford has made two of these special edition Lightning tributes and has plans to make a third. While enthusiasts love this black one for its barebones approach and simple cloth interior, the next version will be based on a 2018 model and feature a gray microsuede and leather interior. While this version rides on stock suspension and lowering springs, the 2018 Ford SVT Lightning should see a proper Bilstein suspension setup. 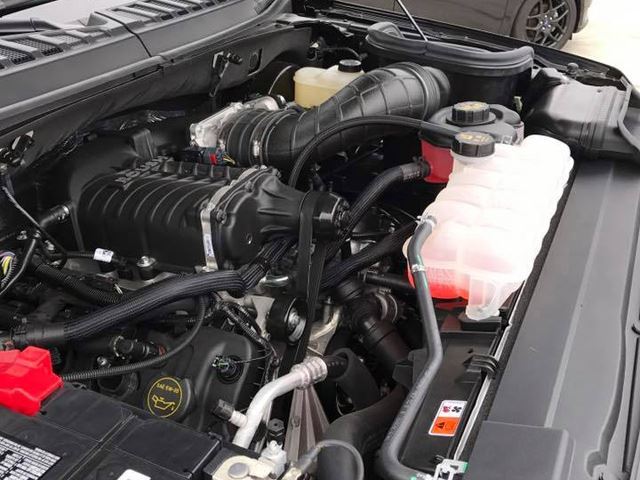 Before this tribute, the closest thing to the F-150 SVT Lightning probably has to be the Roush Nitemare F-150. If we had to take a stab at it, we’d say that one day, a technician was bored on the lot. He looked around and saw some 2017 XLs that weren’t selling, a few extra potential Ford lightning parts lying around, and a badass truck waiting to happen.

Maybe, if we’re extra lucky, Ford will see the buzz this truck is generating and decide to bring the Lightning back once and for all. The Raptor is cool and all, but I think I speak for the collective automotive community when I say we’d love to see the Ford SVT Lightning make a proper comeback.

The Pioneer Ford Lightning Tribute has an MSRP of just under $50,000 and can be purchased from the dealership and financed just like any other car. Based on the excitement generated by these first two examples, we’d say it’s a safe bet we’ll be seeing more to come next year with even more goodies.

If you’re curious as to what this monster looks like in action, here’s a video of the first version (in red) roasting some tires. Headphone users beware.

Love it? Hate it? Think the SVT badges on the back are ever-so-slightly blasphemous? Let us know in the comments below!


5 Of The Toughest Russian Off-Road Vehicles You Never Heard ...
Extremely Rare and Cool Special Edition Packages and Limited...
Best Truck Campers of 2021 [Buying Guide]
One-Off Cruise For A Cause "Hope Edition" Shelby GT500SE To ...
The 20 Longest Lasting Vehicles Available Today
9 of the Most Expensive Chevy Trucks Ever Sold at Auction