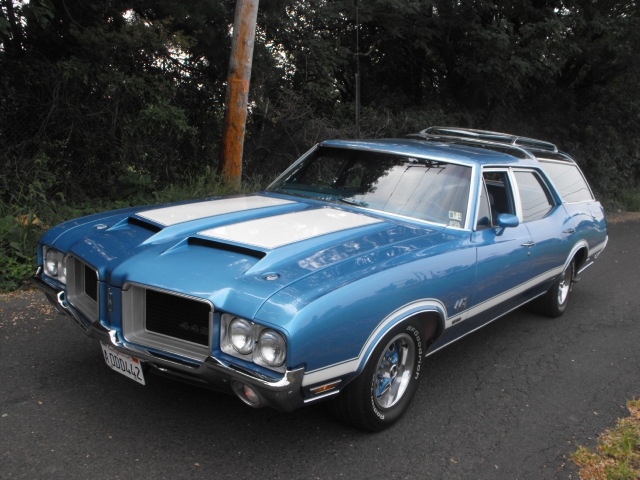 Like pizza and beer or chips and salsa, some things were just intended to go together. Consider the queen of the wagons (and not just Olds, but all station wagons of that era) was the Vista Cruiser, with its raised roof and extra sidelights so the back of the wagon was always a sunny place.

And the king of muscle cars in 1970 was the Oldsmobile 442 with the W-30 option, the most powerful of the era. And while it wasn’t offered to the public, two Olds Vista Cruiser Wagon were built by Oldsmobile as a 4-4-2 with the W-30 package. But now it’s not entirely clear where both cars are. 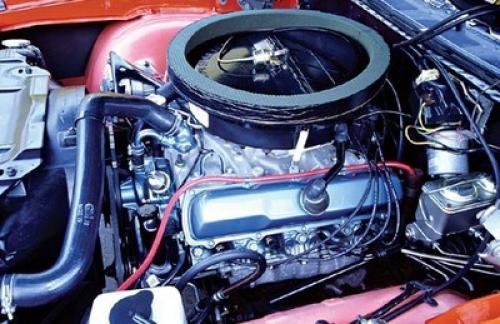 A little more of the 4-4-2 W-30 package: The engine was a 370 HP 455 CID V-8  producing  a diesel-like 500 pound-feet of torque at 3,600 rpm. Engineers fitted an aluminum intake manifold topped with a specially calibrated, 750cfm Rochester carburetor.  The W-30 engine had a more aggressive camshaft, and heads with bigger exhaust ports and valves. All W-30 engines were blueprinted at the factory.

Other W-30 features included the lightweight Outside Air Induction W-25 fiberglass hood to feed plenty of fresh air to the engine. Today original hoods W-25 hoods are so rare they’re selling for around $5,000. Also included were plastic inner fenders, an aluminum differential housing and cover and less sound insulation, to cut weight.

Now to the whereabouts of the two Oldsmobile Vista Cruiser 4-4-2 W-30 wagons. Both were taken off the assembly line by Oldsmobile Engineering and turned into W30s with all of the special 442 parts, before being handed over to Popular Hot Rodding magazine for testing. Nicknamed “The Wonder Wagons” the chain of custody now starts to get a little murky. 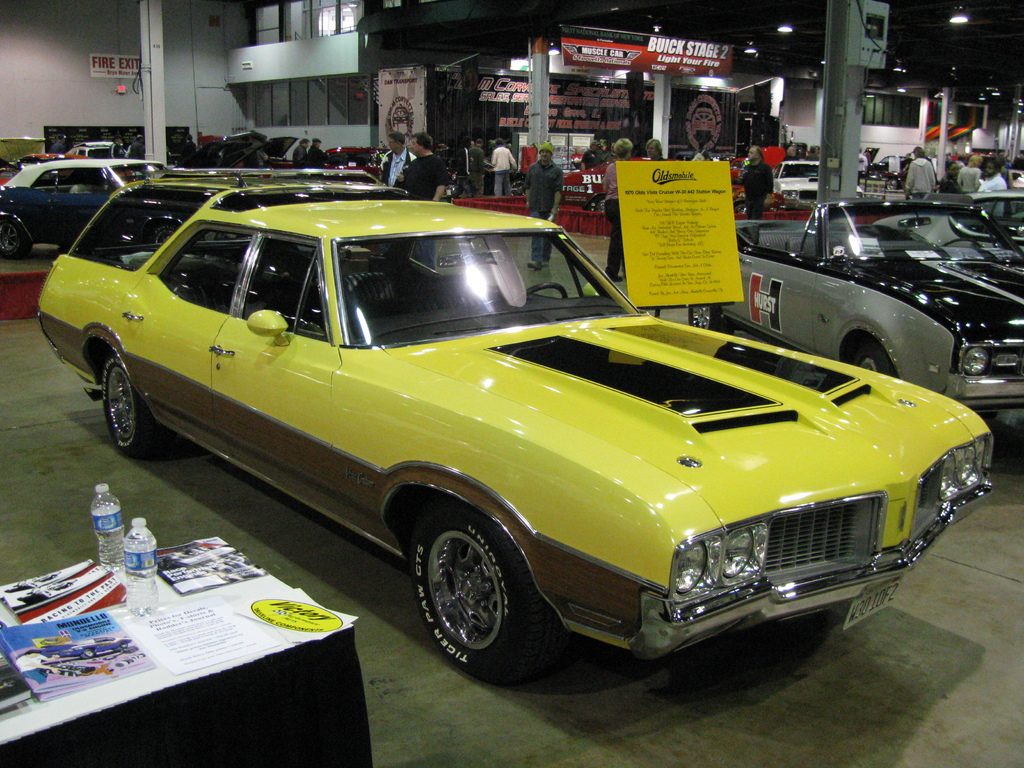 Along the way, one wagon was snapped up by the late Oldsmobile expert Joe Mondello, who owned the car until his death in 2011. It’s reportedly now gone into a private collection. The other wagon was reported to have been shipped to Car Life magazine in Japan and is believed to have been sold to someone in country.

A very nicely finished 4-4-2 W-30 clone built on a 1971 Vista Cruiser. We had to use this image for the article as good shots of the two original cars are impossible to find.

There are clones aplenty floating around. Some are constructed from original OEM W-30 components, replicating the car as closely as possible. Other clones are assembled from recently-produced aftermarket parts. Original parts have become so rare that some unscrupulous sellers are grinding letters off castings to present them as special high performance parts that they are not.