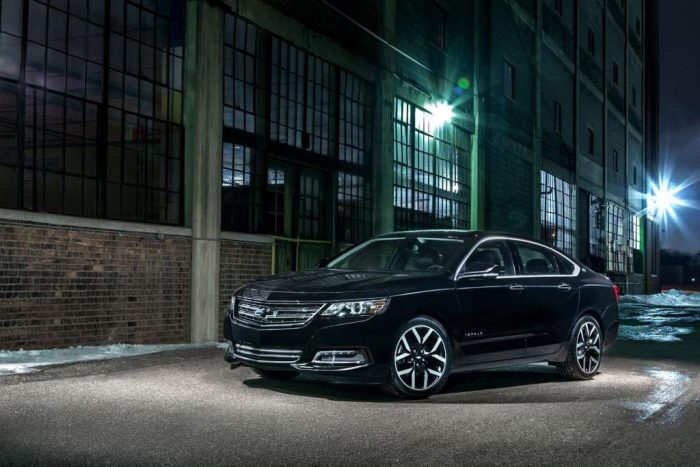 Mobster cars are always black. They are also always sedans, always fast and almost always RWD. So, Chevrolet is obviously playing that mobster car theme here with their latest installment of the popular Impala. Based on the 2016 Chevrolet Impala, the new Midnight Edition Impala is exactly what you think it is. It’s as black as the blackest night and, dare we say, it’s very, very cool. The new Impala certainly has the look of a cool car, but it has some drawbacks that somehow make it less appealing. First of all, it is a front-wheel-drive car and, more importantly, the looks of this car are very subtle and underplayed. Considering the history of the Impala and the radical, eye-catching designs it came from, subtle isn’t necessarily something we want here. 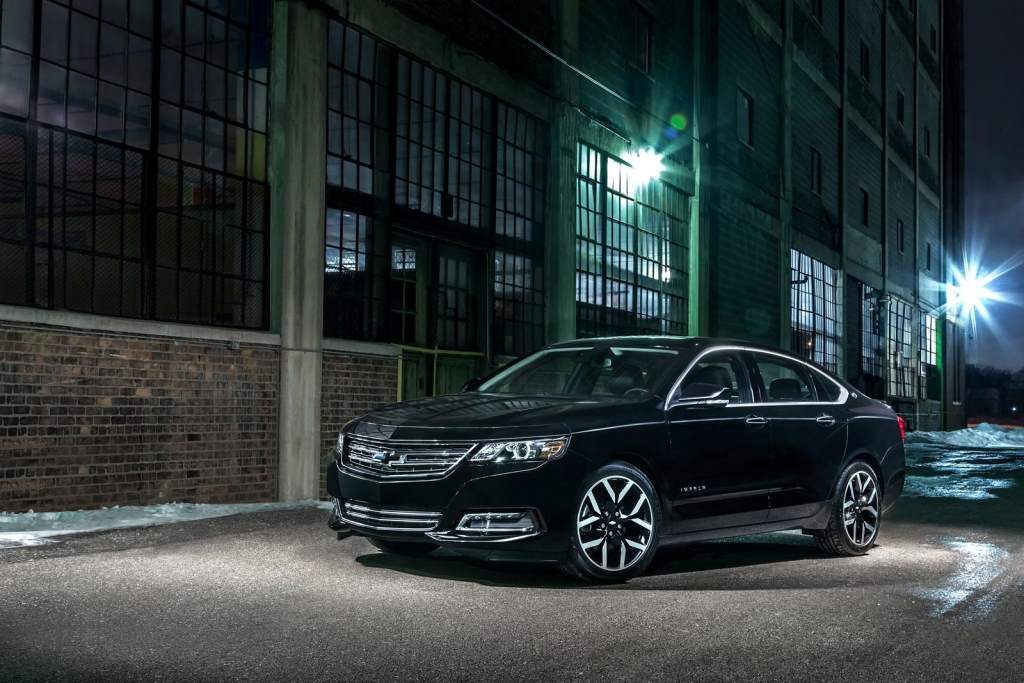 The looks of the thing are certainly more in line with the looks of an RWD car. Take a look at that crease at the sides at the back. Often, that crease represents a car with RWD and this one isn’t that at all. Now, the Chevy Impala Midnight Edition certainly takes all it needs to make this car a good-looking and handsome sedan. The aggressiveness of the thing is spot on, the mystery surrounding it is biblical and the only thing we’d like to see added are blackened rear windows. That would certainly bring everything to a whole new level. 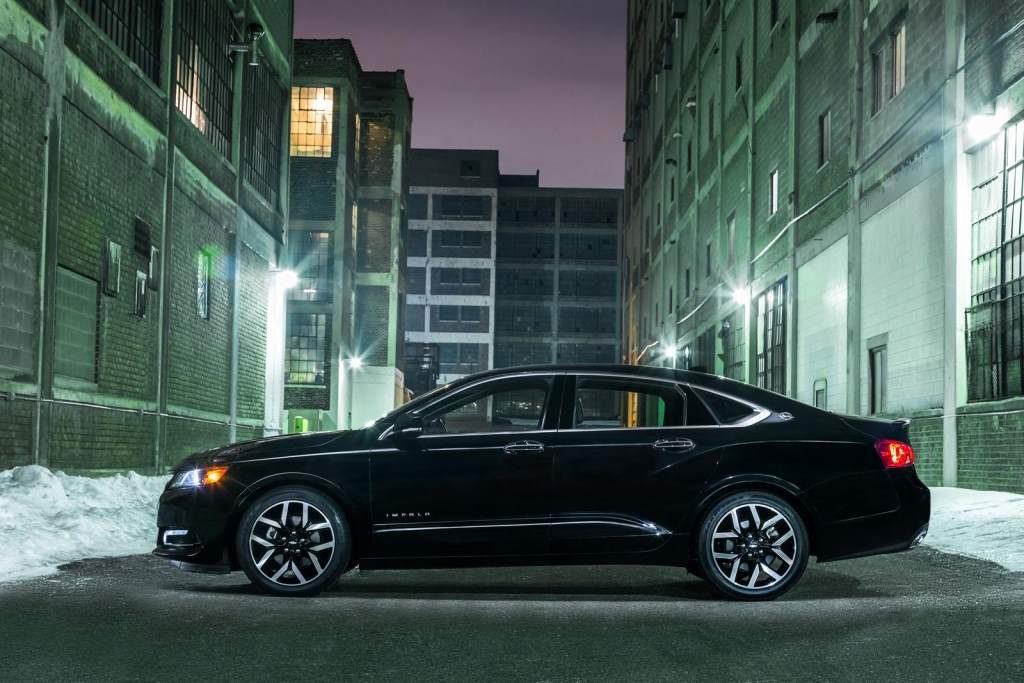 Pimping the car with a lot of black isn’t exactly an easy task. The car somehow looks like a camouflaged vehicle at night and it seems that Chevrolet really wanted to do just that. On the pictures they’ve provided us with, the Malibu is pictured at night in black at some remote production facility or something. You think this was done by accident? No way, Chevy knows what it wants to do with the Impala. They want to make this car bad again. Jaguar even had the commercial at the Superbowl saying that it is good to be bad and it seems that Chevy wants to follow in the same footsteps. The question is, can we really even put an FWD 4/6-banger Impala in the same category as a growling, frothing-at-the-mouth British muscle car? 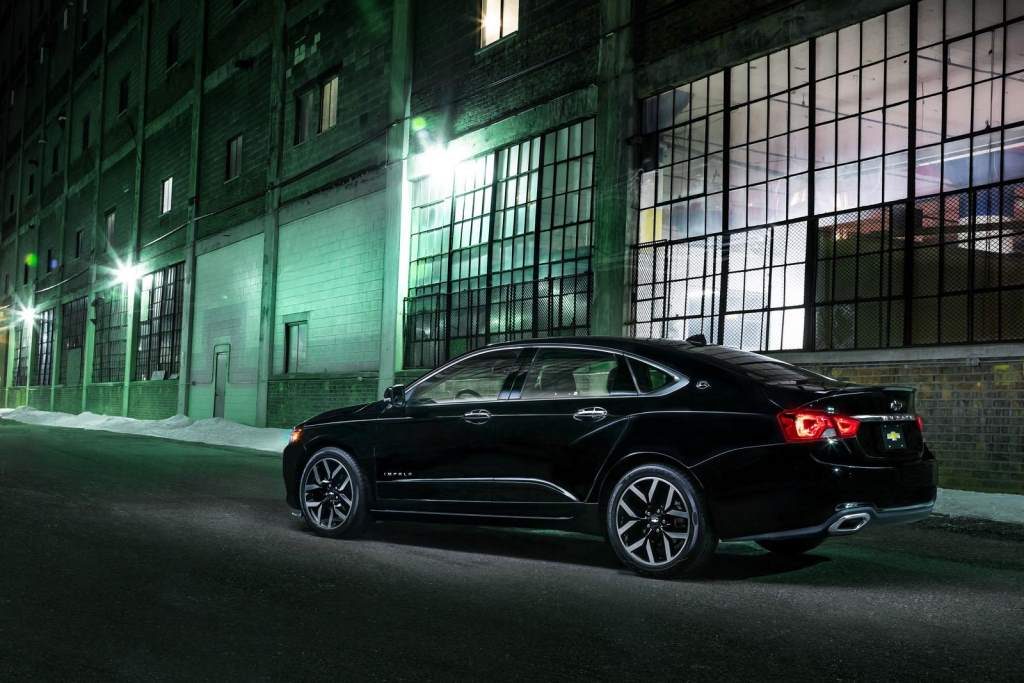 In order to make a somewhat mobsterish look, Chevrolet painted the car in a special Jet Black color. The color certainly is wonderfully executed, but the details on it really prove that the Midnight Edition Chevy Impala is actually nice to look at. The 19-inch aluminum wheels have some nifty black accents on them and even the rearview mirror housings lost their chromed coating and received a Jet Black finish. 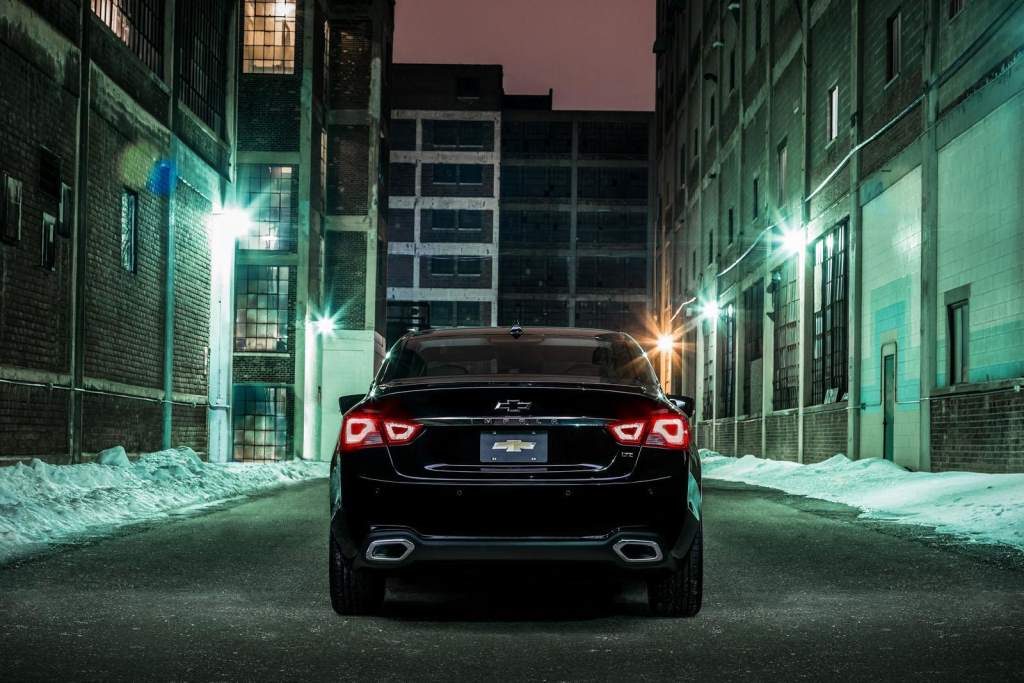 At the front, the dominant element is the grille – now blackened – and, amazingly, the famous bow tie plaque on it is colored black. By doing this to their car, Chevy is definitely trying to get a message across to its buyers. If it proves successful, we are positive the Midnight Edition trim will spread like a wildfire throughout Chevrolet’s offerings. When it comes time for the 2017 Chevy Impala Midnight Edition, however, we would certainly suggest blacking the rear windows to really tie the car together and get rid of that less-than-sinister fishbowl look.

This all happened just before the summer season starts and the 2016 Chevy Impala Midnight Edition will become available for purchase at the start of the season. As expected, the Midnight Edition package will be available with all the cars except the base trims. This means that buyers will be able to opt for it on the 1LT, 2LT, and LTZ trims with prices that range from $995 to $1,595.

Interestingly, models equipped with both the V6 and inline four engines will be able to get this treatment. It’s a good thing that a beefy V8 isn’t a prerequisite for a mobster car…no, just an added bonus, really.