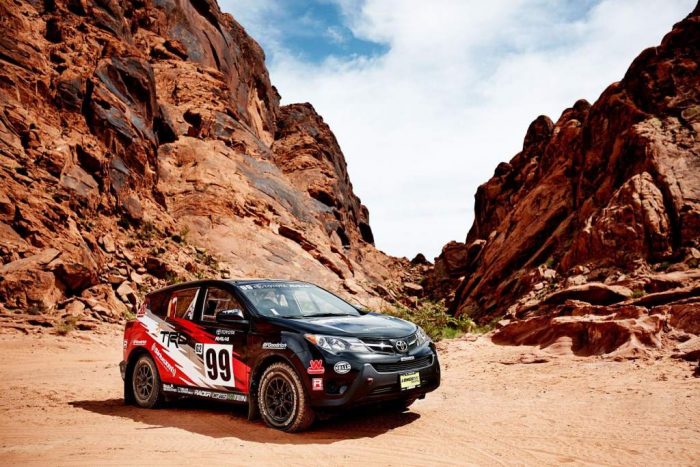 Thinking about the wonderful world of rallying and about the Toyota RAV4 at the same time is almost impossible. After a bit of digging around the Internet, we actually managed to dig up a few proper rally cars based on the Toyota RAV4. The reason we started this quest, however, is because – and you’re not going to believe this – Toyota has actually made an official RAV4 Rally car. Now we have the Toyota RAV4 which is a front-wheel-drive car with a 2.4L 4-cylinder developing 176 HP and it is a rally car at the same time. That’s awkward, isn’t it!? 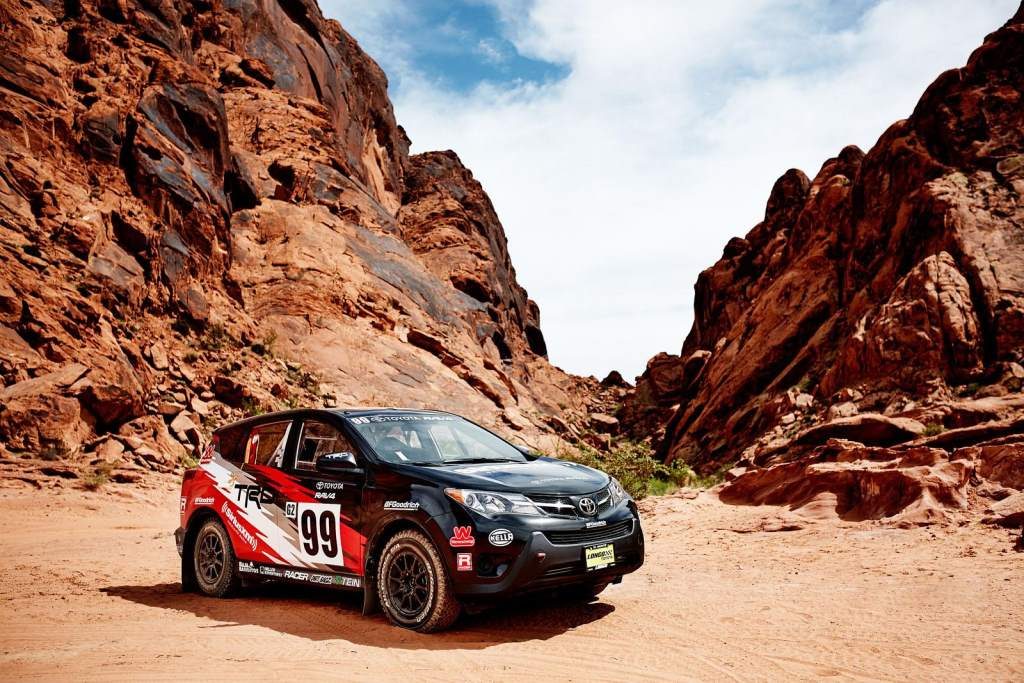 Prepared for events such as the Idaho Rally, the Mendocino Rally, Rally Utah, the Gorman Ridge Rally, the Prescott Rally, and the Mt Hood Rally, this rather interesting Toyota RAV4 Rally car will be driven by the son of the famous Rod Millen – a chap called Ryan. Apparently, Ryan Millen has been involved with Toyota Motorsport since his childhood. No wonder there, as his father is one of the best known figures in the off-roading world.

As a refresher, we will just say that Rod Millen raced the hell out of many Toyota Motorsport cars and his passion for racing has been passed from generation to generation. Nowadays, basically every Millen is in the racing business with Ryan being the one who will try his luck in the rally RAV4 after he won the 2014 Baja 1000. 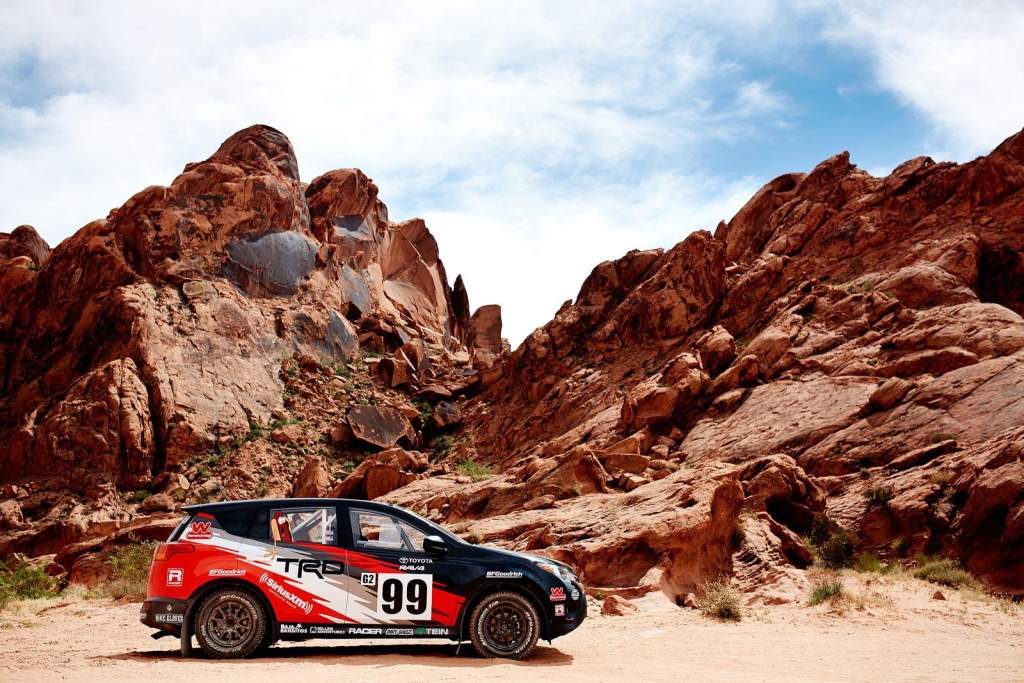 In order to prepare the car for the tasks of rallying, Toyota had to shed some excess weight. As it turns out, by removing much of the interior parts, insulation and unnecessary equipment such as the A/C and radio, the RAV4 was lightened by 500 lbs. That’s actually pretty substantial considering the car doesn’t exactly have an intimidating powerhouse under the bonnet.

The speed should be better, but then again, a rally isn’t always about speed. Tackling harsh terrain cannot be done only by a light and powerful car. The car is actually still running on stock brakes, but it did receive new pads and a new suspension setup from TEIN. Suspension travel is much longer now, leaving the RAV4 much more better-equipped to tackle some seriously rough terrain – the likes of which the car was certainly never intended to encounter on your average trip to the supermarket. For this reason, the underbody of the car was protected significantly for any large rocks or obstacles, and a proper full rollcage was installed to race specifications. 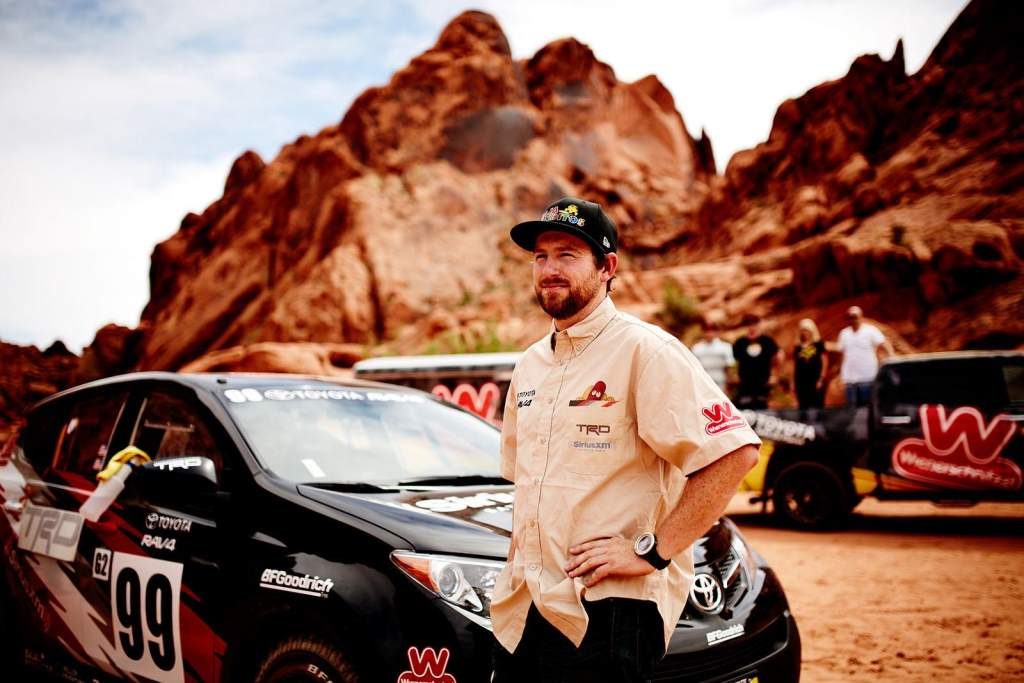 As for the last touch, BF Goodrich all-terrain DOT 215/75R15 tires found their place on the RAV4. Although the Toyota received a number of off-road worthy touches, the 2.4-liter engine inside remained the same. With 176 HP and 172 lb-ft of torque, this isn’t exactly the best bet for rallying; personally I’d say you’d want at least 250 hp and a turbo in a car like this to really get into the thick of things, but there’s a reason I’m not behind the wheel, either, so take that with a grain of salt!

Apart from leaving the engine unchanged, the transmission stayed stock as well. You would think that a quicker and more durable transmission might be in order for something of this magnitude, but it seems to all go off without a hitch in execution. We’ve linked a clip from Jay Leno’s Garage that showcases the car in action below, so be sure to check it out! 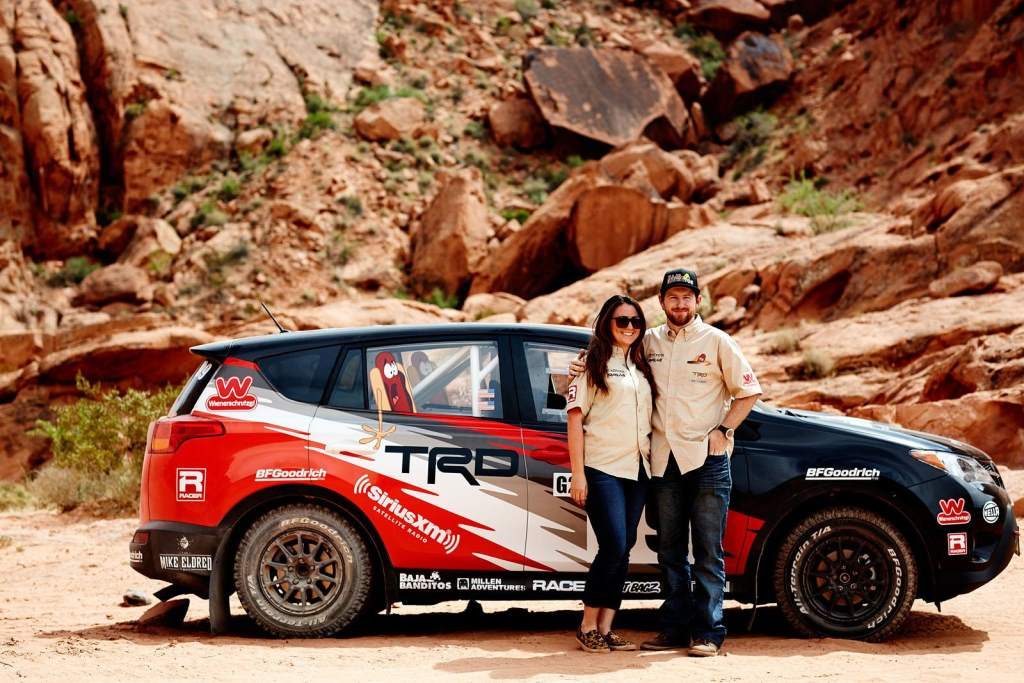 Ryan Millen is running strong this year. He won the 2014 Baja 1000 in the Toyota Tundra TRD Pro and he is certainly very excited about the races he’ll be doing this year. The Toyota RAV4 Rally might just be the car that will secure more wins for him, and fans of the rally RAV4 are cheering him on from all over.