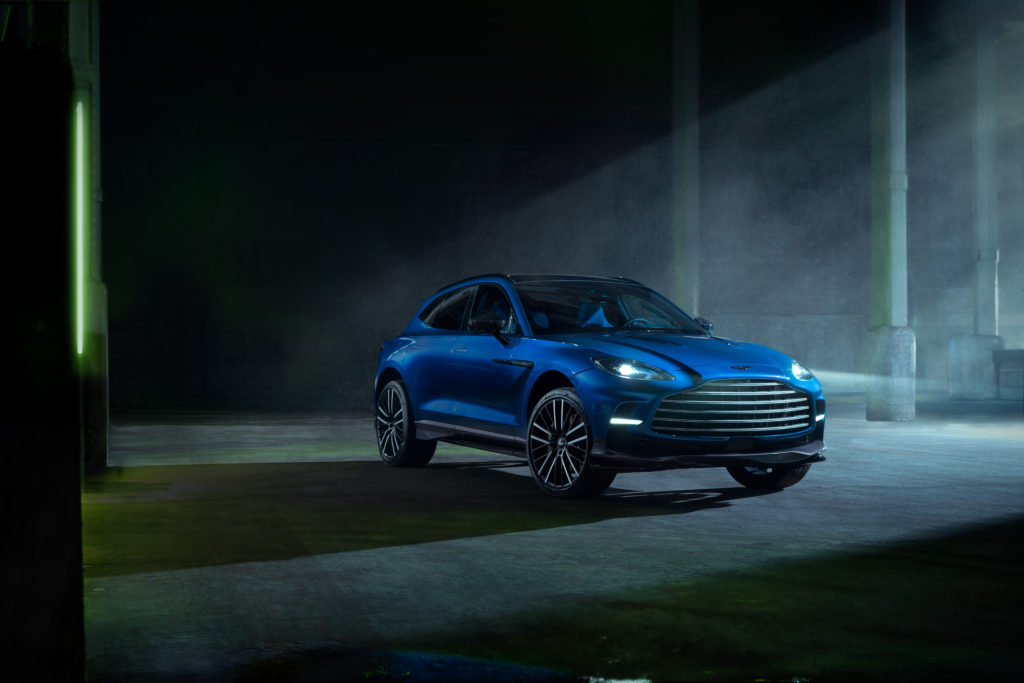 Today, Aston Martin announced the release of the 2022 Aston Martin DBX707 which the brand claims to be the “world’s most powerful luxury SUV.” The DBX707 replaces the DBX in Aston Martin’s lineup. The 542-hp DBX was Aston Martin’s first foray into the SUV waters, and the DBX707 promises to dramatically up the brand’s offering. 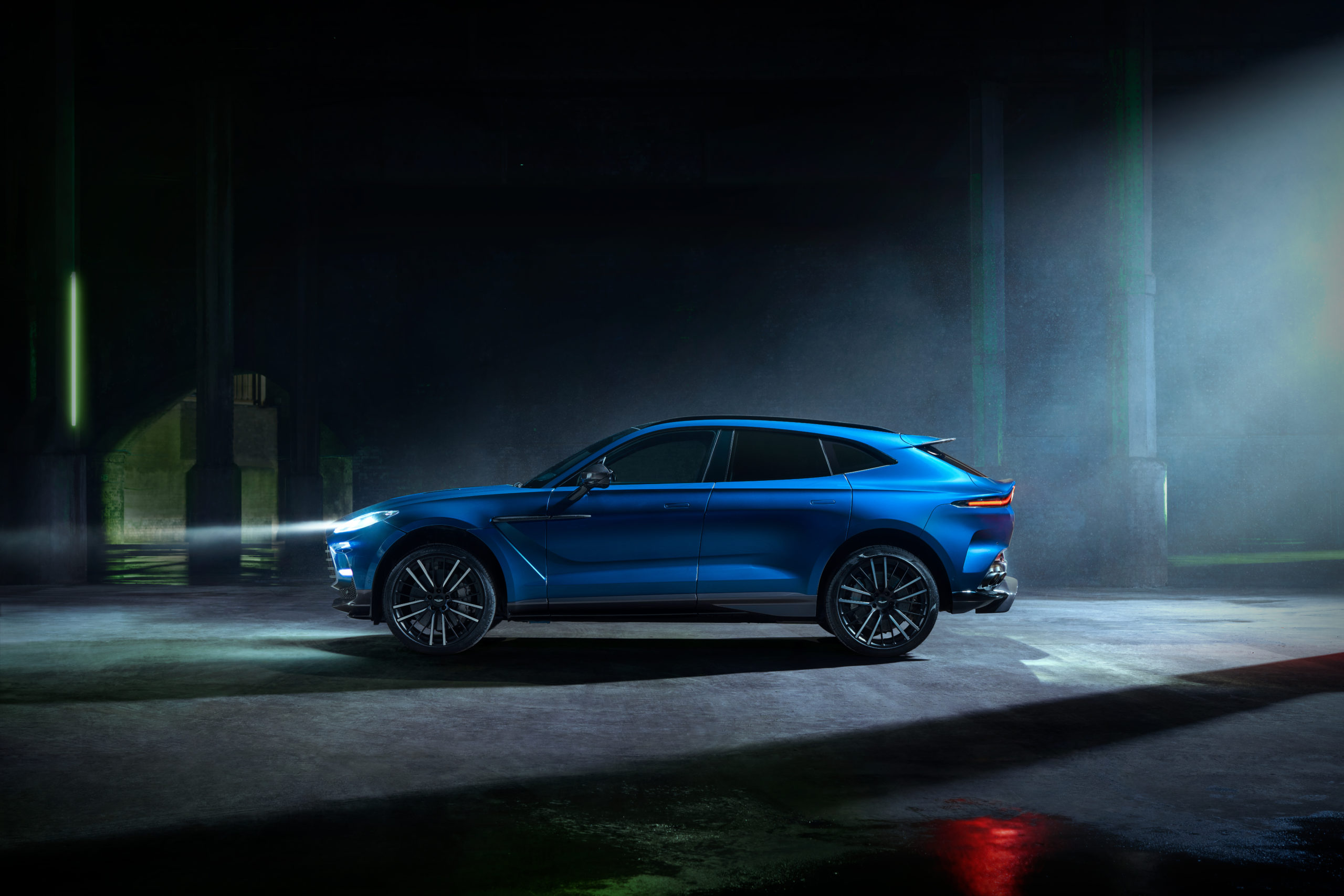 Aston Martin calls the new DBX707 a “sabre in a segment of sledgehammers” — but what exactly does that mean when it comes to performance?

Under the hood, the DBX707 gets outfitted with a 4.0L twin-turbocharged V8 delivering 697 hp and 663 lb.-ft. of torque. The DBX707 also gets upgraded to Aston Martin’s 9-speed ‘wet clutch’ automatic transmission which allows for the big bumps in performance over the old DBX (V8). 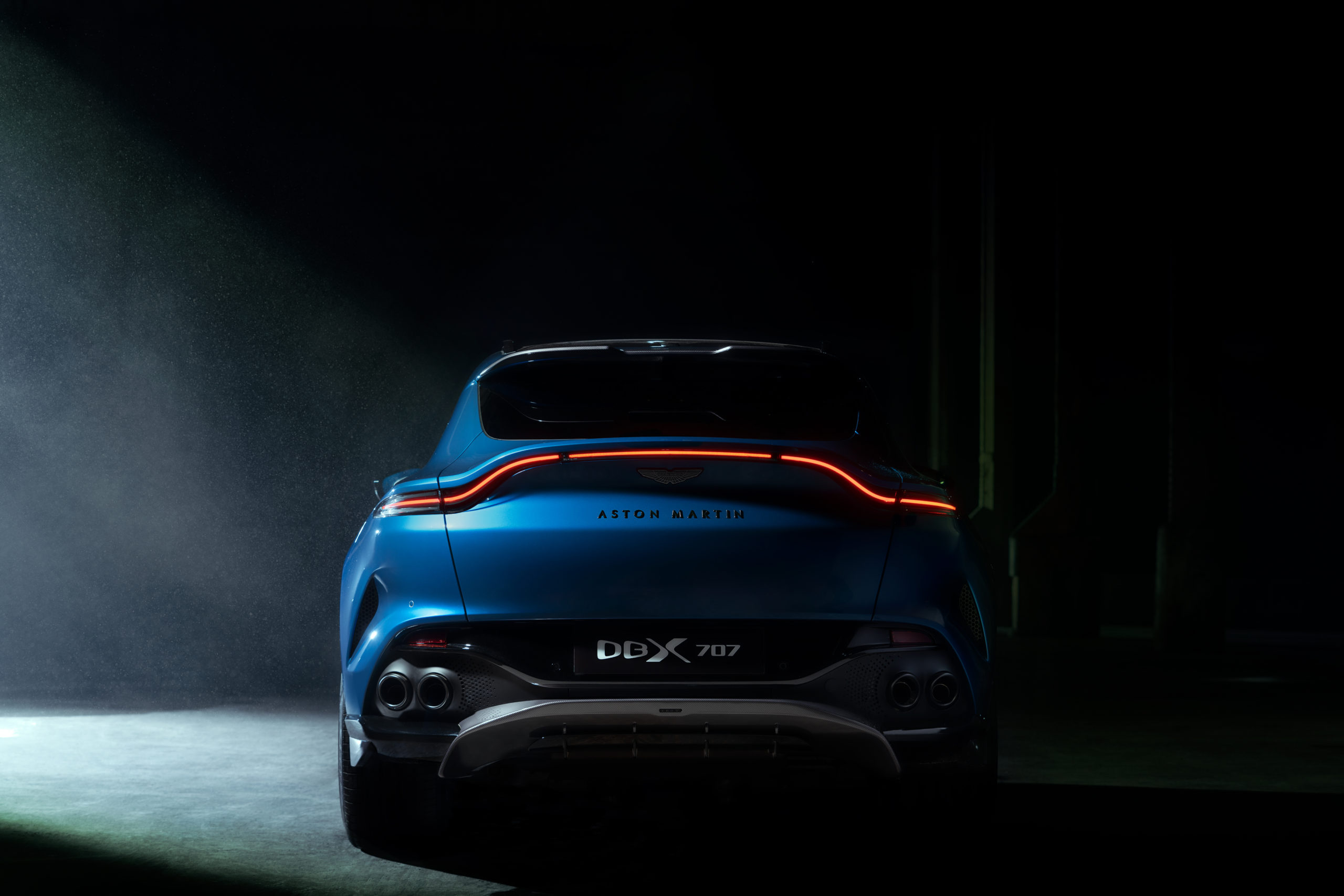 Aston claims the new 9-speed tranny delivers faster and more direct gear changes as well as improves launch capability. The DBX707 can hoof it from 0-60 in 3.1 seconds — not showstopping (you won’t be beating any Teslas off the line) but still respectably quick for a 5-door SUV that weighs almost 5,000 pounds. Aston Martin records the top speed at ​​193 mph. 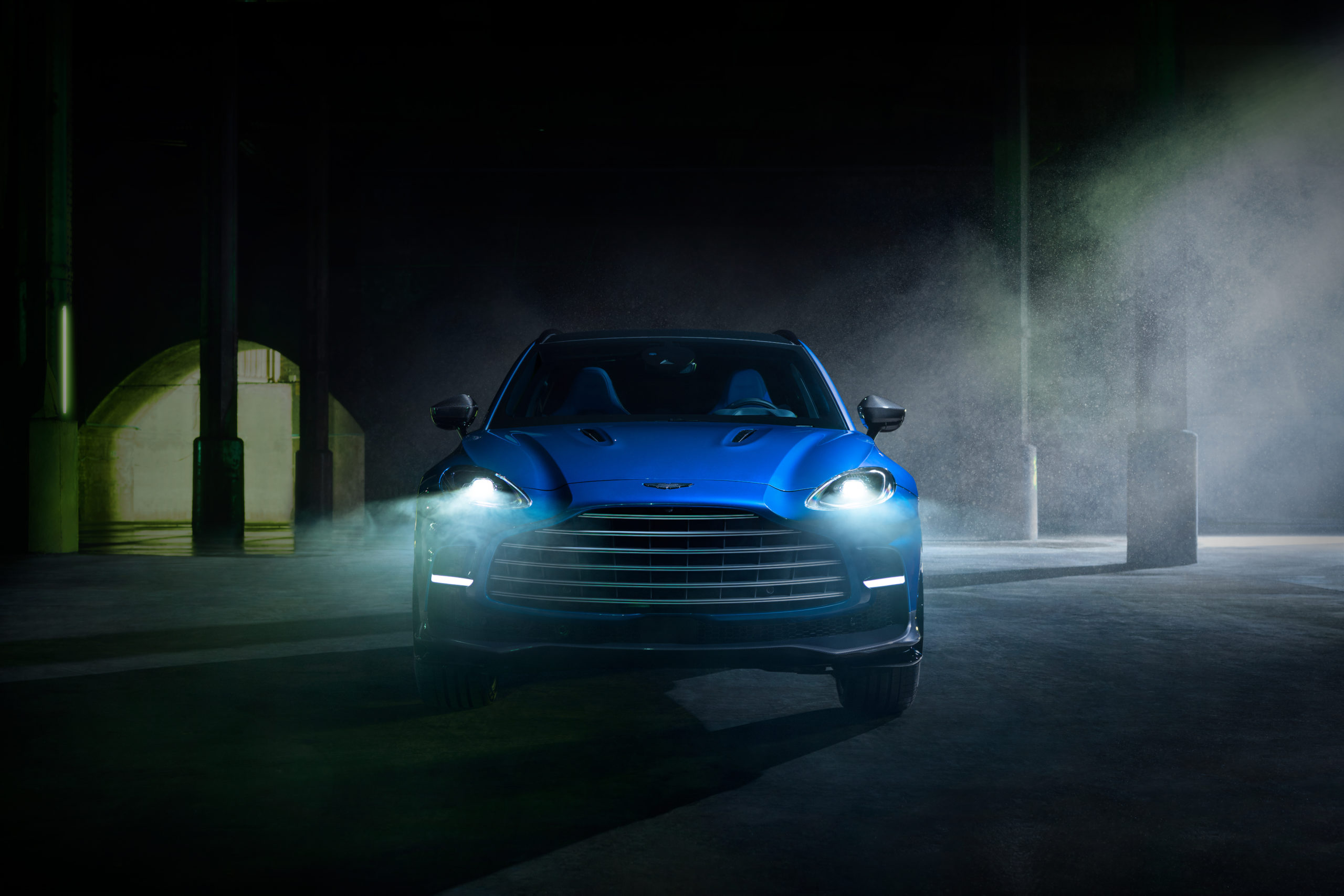 In terms of stopping power, the DBX707 sports 6-piston calipers and carbon ceramic brakes. 22-inch rims are standard, or the DBX707 can be optioned with 23-inch alloy rims instead. 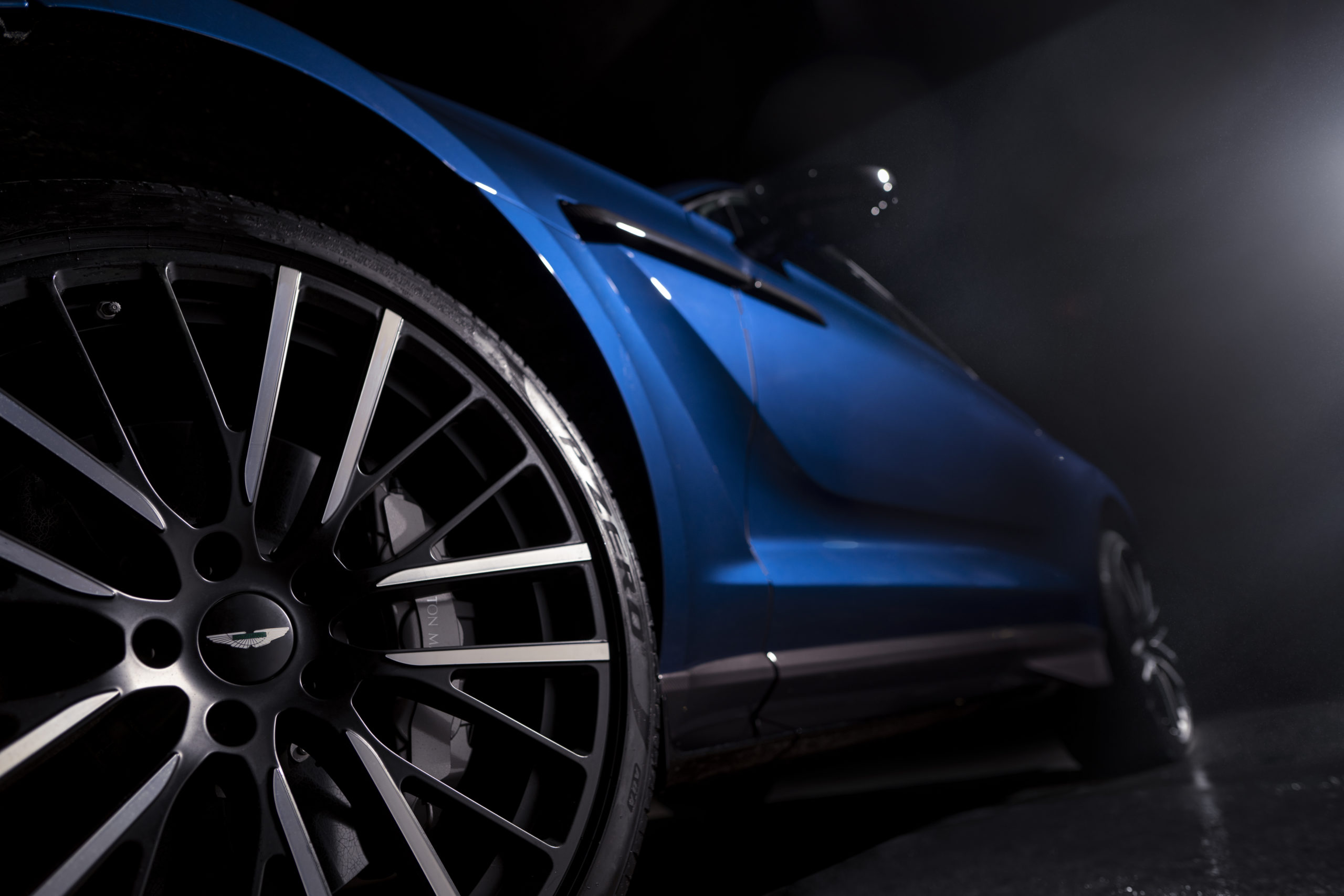 The DBX707 also gets an updated electronic limited slip rear differential. Torque distribution front-to-rear remains fully automatic, but the driver also has the ability to direct 100% of the torque to the rear. Aston promises that this RWD biasing results in the “agility, sporting feel and dynamic character of a true sports car” — should you wish to forget you are, in fact, driving an SUV. 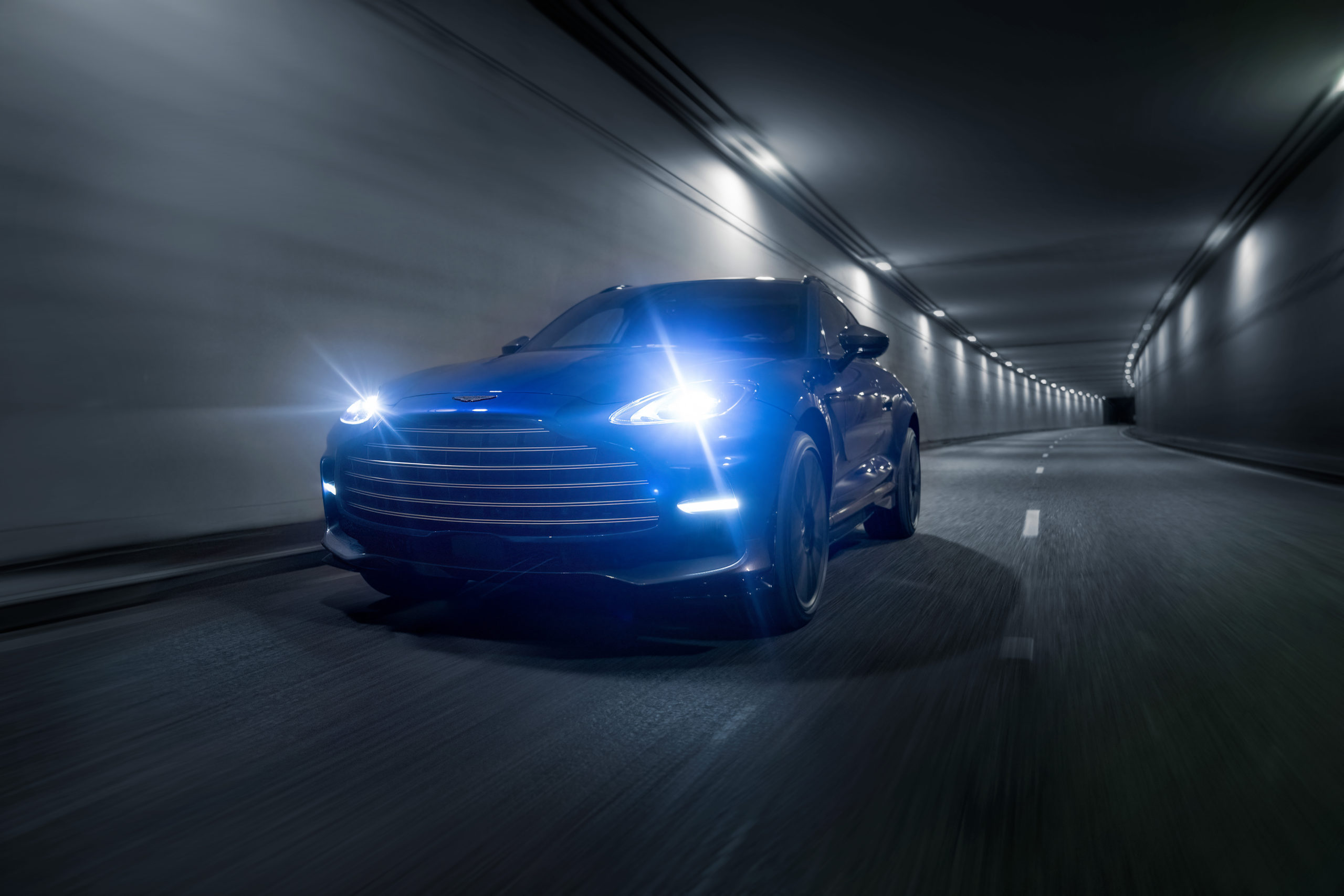 The DBX707 wasn’t exactly meant to blend in with the crowd. The exterior gets a makeover that, in keeping with the times, features a larger front grille, a new front splitter, and a new lip spoiler on the roof wing. 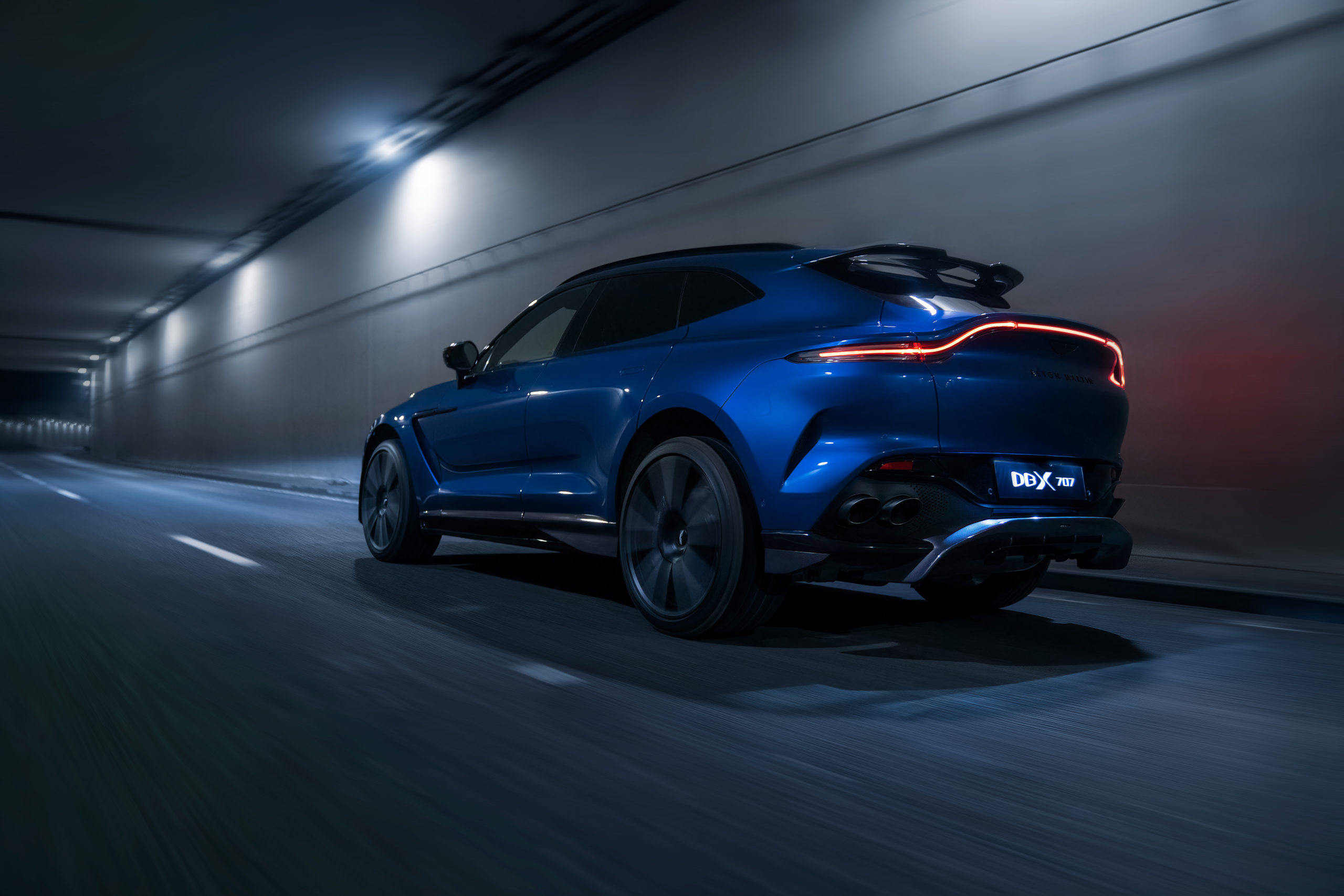 Aston Martin claims these enhancements also aid in performance (read: improved cooling and aerodynamics) though they might as well be for show. You’ll likely never know the difference unless you’re taking the DBX707 out for some spirited laps of the Nürburgring. 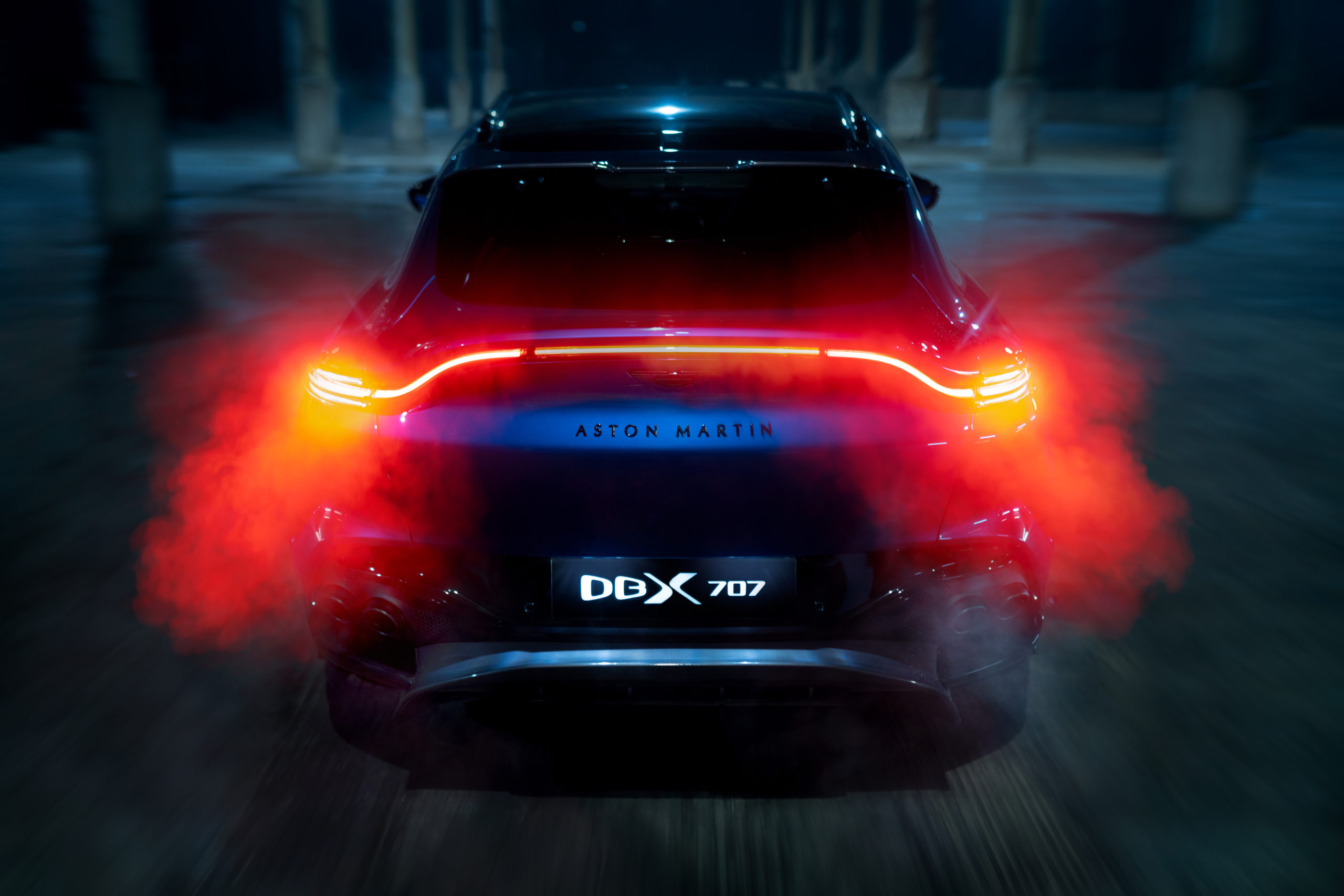 Around back, the DBX707 gets a new rear bumper, a custom-tuned quad exhaust, and integrated quarter panel vents designed to accentuate the DBX707’s muscular, ground-hugging stance. 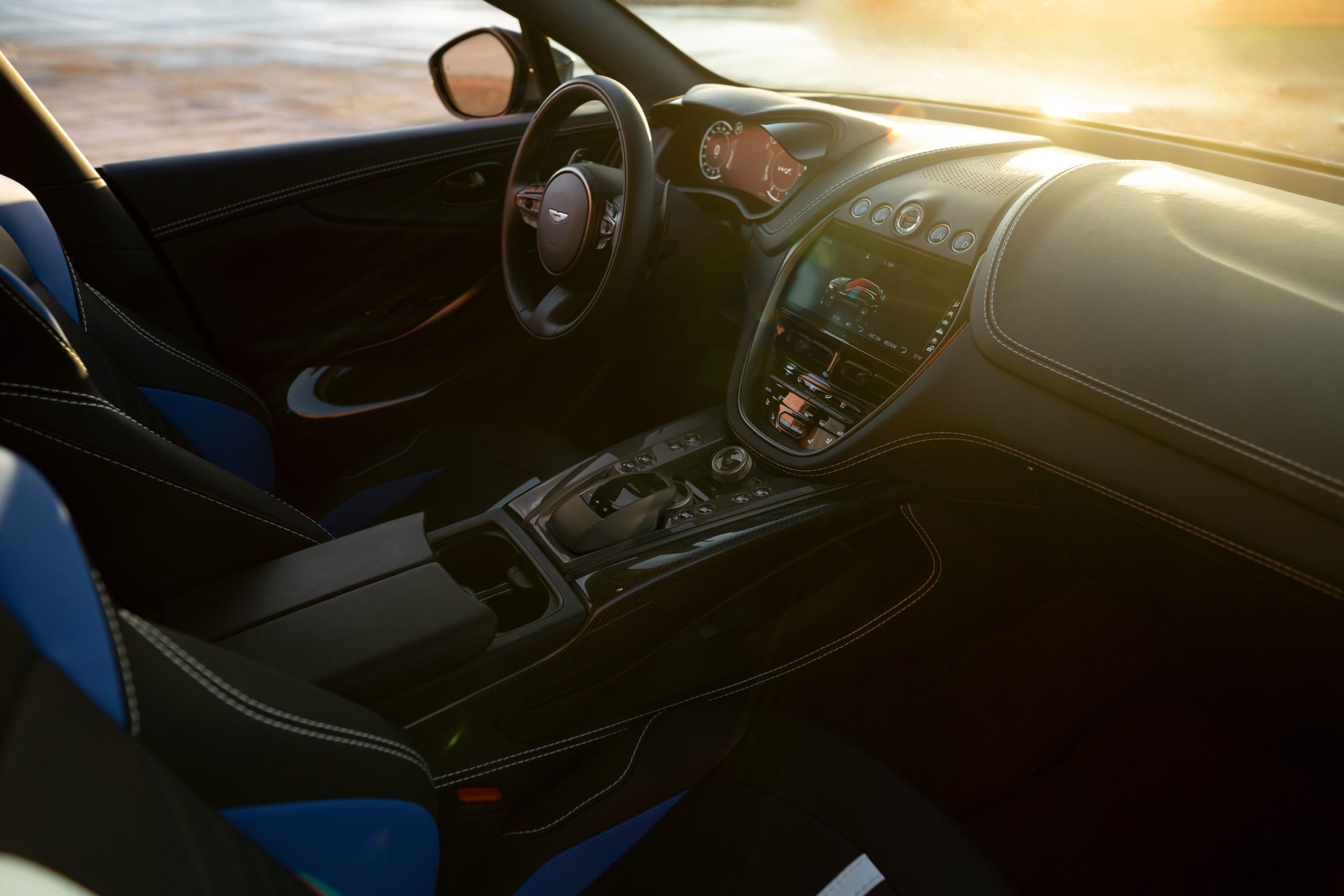 The interior of the DBX707 is where the luxe really comes into view — though still in keeping with the SUV’s sporty vibes. From the 16-way electronically adjustable seats (heated front and rear) to the 14-speaker Aston Martin Premium Audio System, the cabin is decked with all the creatures comforts that should come standard in a luxury SUV. 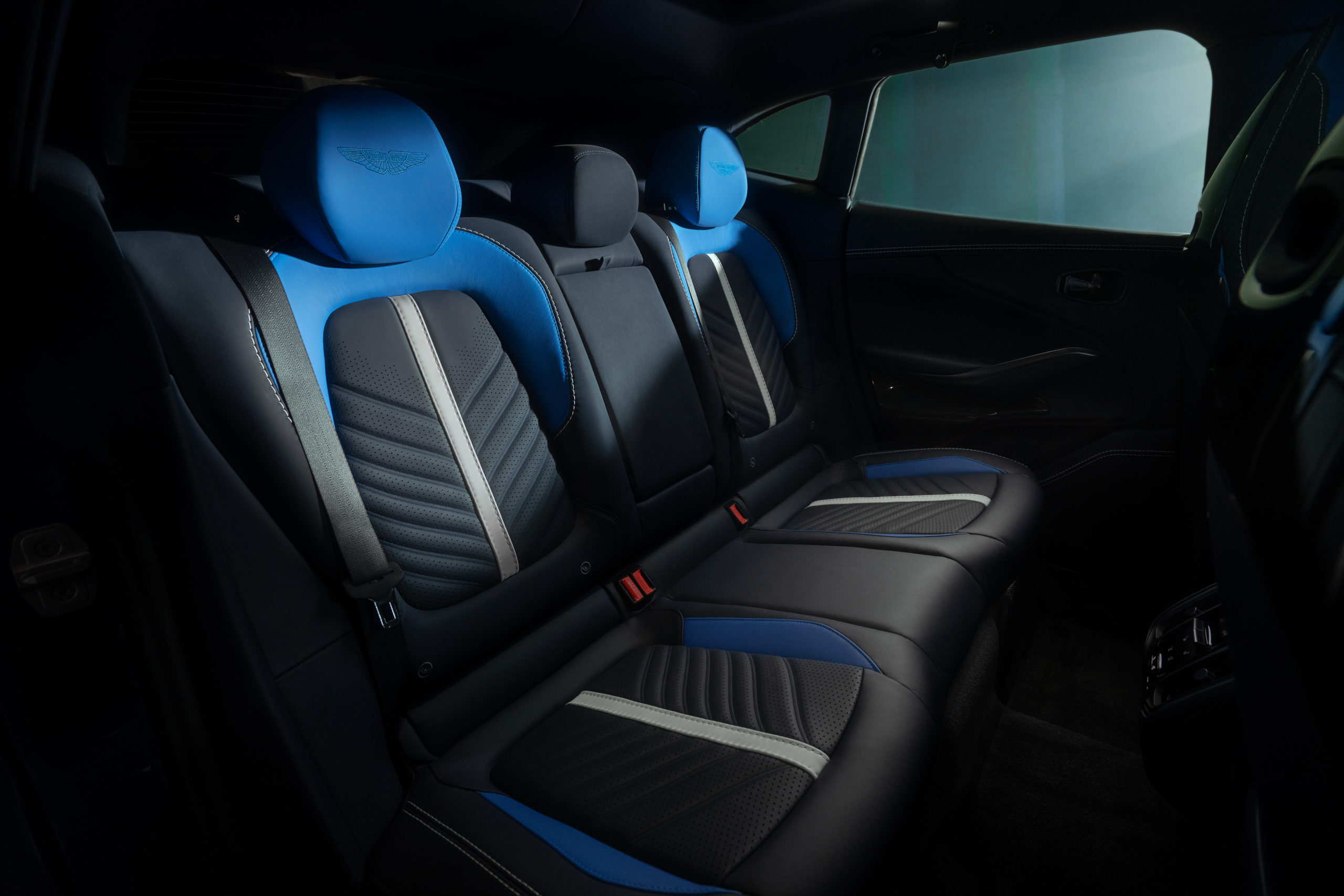 Customers can opt for one of three different interior finish-outs — all of which come with a healthy sprinkling of leather, embroidery, and Alcantara. Carbon fiber accents can be optioned in as well.

In terms of tech, the DBX707 gets the usual suite of modern-day features for both safety and convenience with a 12.3″ driver display and 10.25″ center console display dishing up the goods. 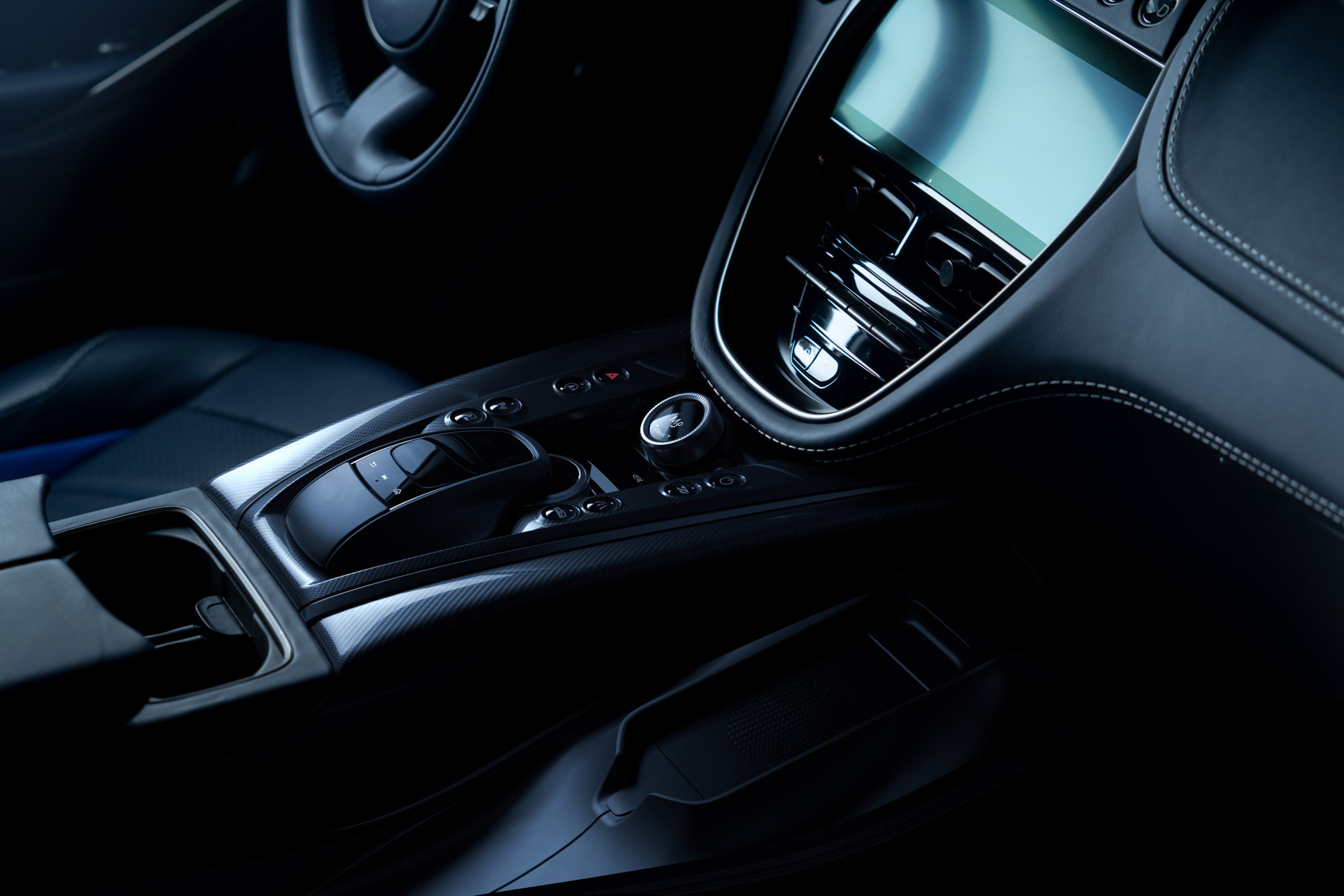 For customers who really want to go the extra exclusive mile, Aston Martin offers a bespoke service — Q by Aston Martin — to completely customize the DBX707. From exclusive colors and unique graphics to tinted carbons and only-in-your-car materials, these commissioned models are custom-tailored both inside and out.

A Superlative Price to Match 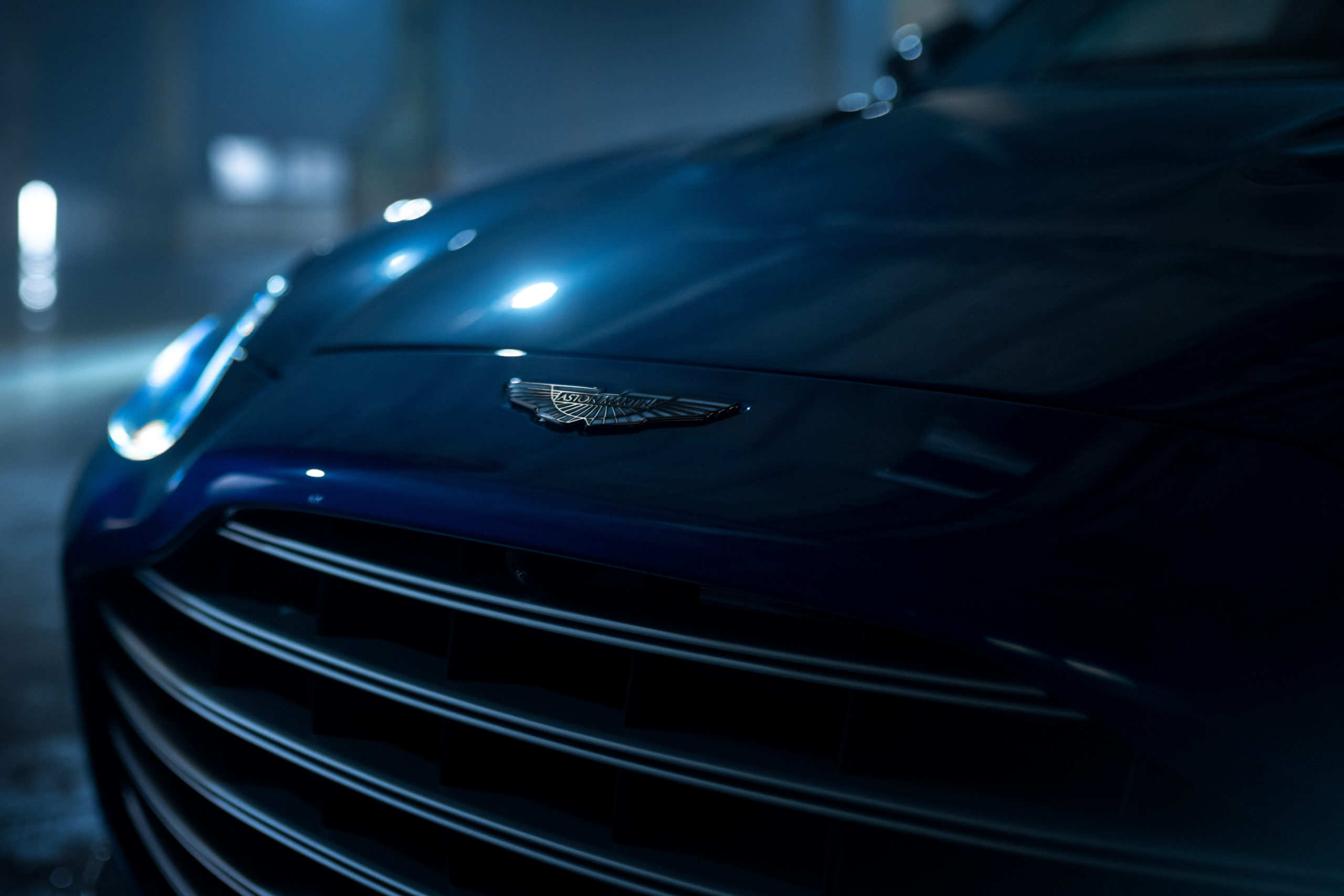 Wondering what a class-leading “alpha” SUV is going to set you back? Starting MSRP for the DBX707 sits at a cool $232,000 before options (no price mentioned for that bespoke Q customization).

That’s a solid $100k above the starting MSRP for the base 2021 Mercedes Benz G 550. Trust Aston Martin to deliver an SUV that makes a G-Class Merc look affordable. It even bests the Lamborghini Urus in terms of base model MSRP, proving that one-upping the SUV competition in all areas really was Aston Martin’s goal. 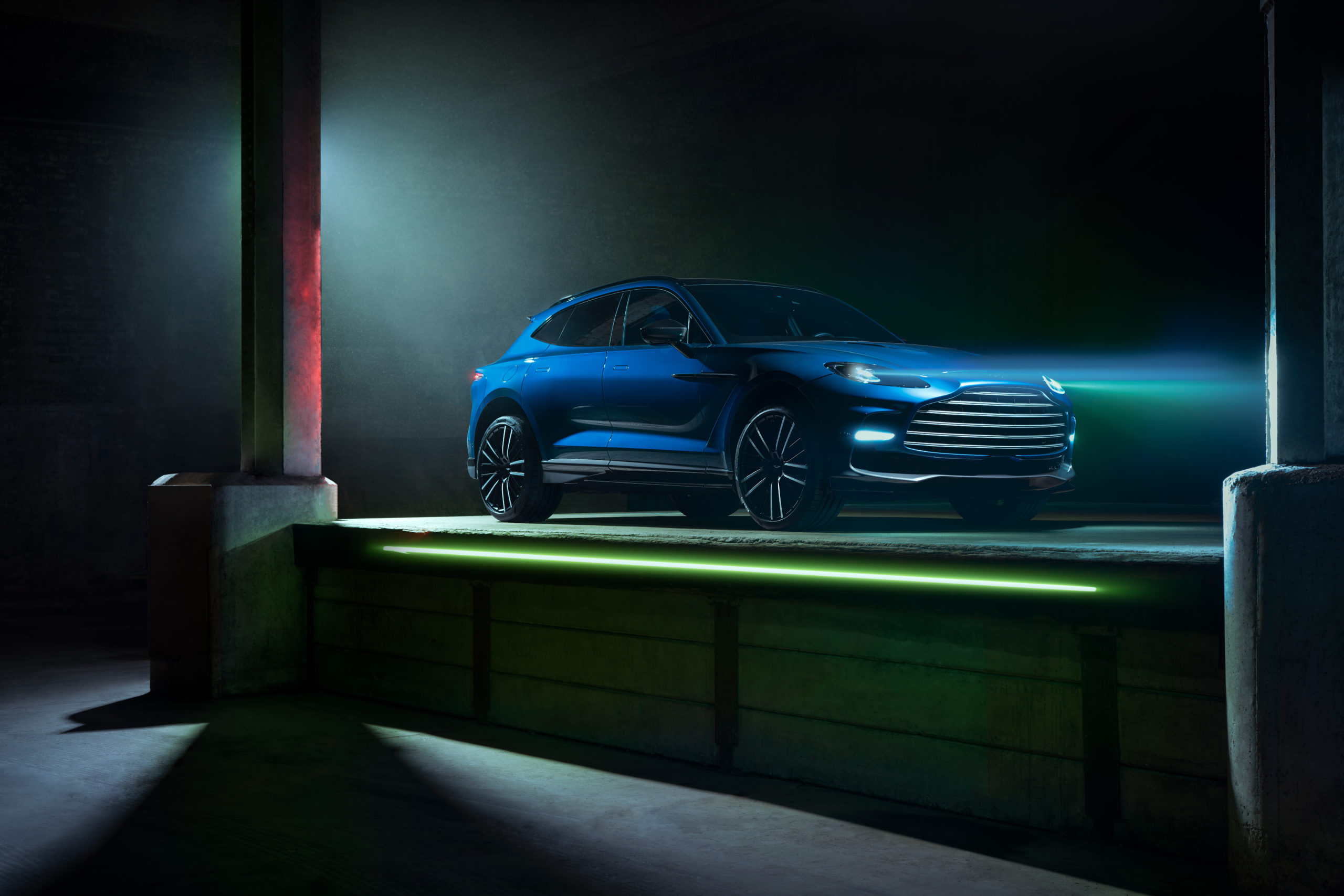 Of course, all those superlative claims have yet to be backed by some real-world consumer driving. Customers itching to put some miles on their very own DBX707 should be able to get behind the wheel this summer. Time will tell if the DBX707 holds up to its hype.