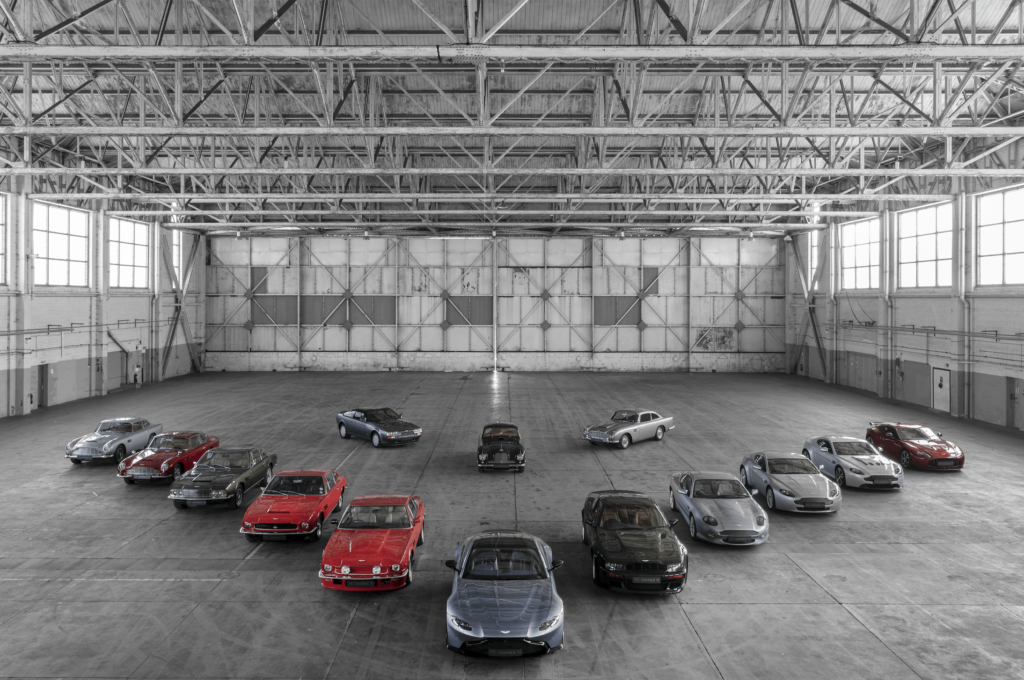 Since 1913 the British manufacturer Aston Martin has been creating stunning automobiles. Aston Martin is known for its iconic look, luxury, as well as performance. An integral part of the Aston Martin legacy comes from their Vantage line of cars, which celebrates its 70th anniversary in 2020. In the span of seven decades, there have been a total of 13 different Aston Martin Vantage models.

With 2020 marking the 70th year of the Vantage, we’ve decided to delve into the history of the iconic nameplate. The Vantage has taken many forms in the last 70-years, with a number of redefining moments along the way.  The 1950 Aston Martin DB2 was the first car to have the Vantage specification. From there, the Aston Martin Vantage name has broken just about every mold in the luxury sports car world. Today the Vantage nameplate rests on its own model of car, one that is extremely refined, quick, and instantly recognizable as an Aston Martin.

When asked to speak about the Vantage name, Aston Martin’s President Dr. Andy Palmer, had this to say; “Today’s Vantage and Vantage AMR sports cars represent the latest interpretation of what this single, yet incredibly evocative, word means to drivers around the world.”

The word ‘vantage’ means, “a place or position affording a good view of something.” The Aston Martin Vantage line signifies just that — a line of top-quality vehicles that provides the good view of life. At the beginning of the Vantage line, the word vantage referred to a redesigned, higher-performance model of a pre-existing vehicle. As the years went on, the Vantage would become its own distinct model. 1950 brought about the first Aston Martin with Vantage specification, but it wasn’t until over twenty years later in 1972 that the first full Vantage model was released. Today the Vantage line comprises more than 1/3 of the cars built by Aston Martin.

In Aston Martin magazine, Jonathan Bell writes, “From the outset, Vantage signified enhanced performance, achieved by collaborating closely with the designers and engineers working on Aston Martin’s nascent racing programme. In fact, the archives show that renowned Austrian racing car designer Robert Eberan von Eberhorst — famous for his early work with the Auto Union team and later the Aston Martin DB3 racing car — headed up the project. Vantage had arrived and from then on it was a name to be reckoned with, gracing some of the most beautiful, powerful and striking cars built by the factory.”

Of course, the best and only way to tell the story of Vantage is through the lens of the car models released over the years. The beginnings of the Vantage line and Aston’s escalating reputation within the racing world go hand-in-hand. So, without further ado, we begin with the vehicle that started it all — the Aston Martin DB2 with Vantage specification.

The Most Iconic Cars Of The Aston Martin Vantage Series 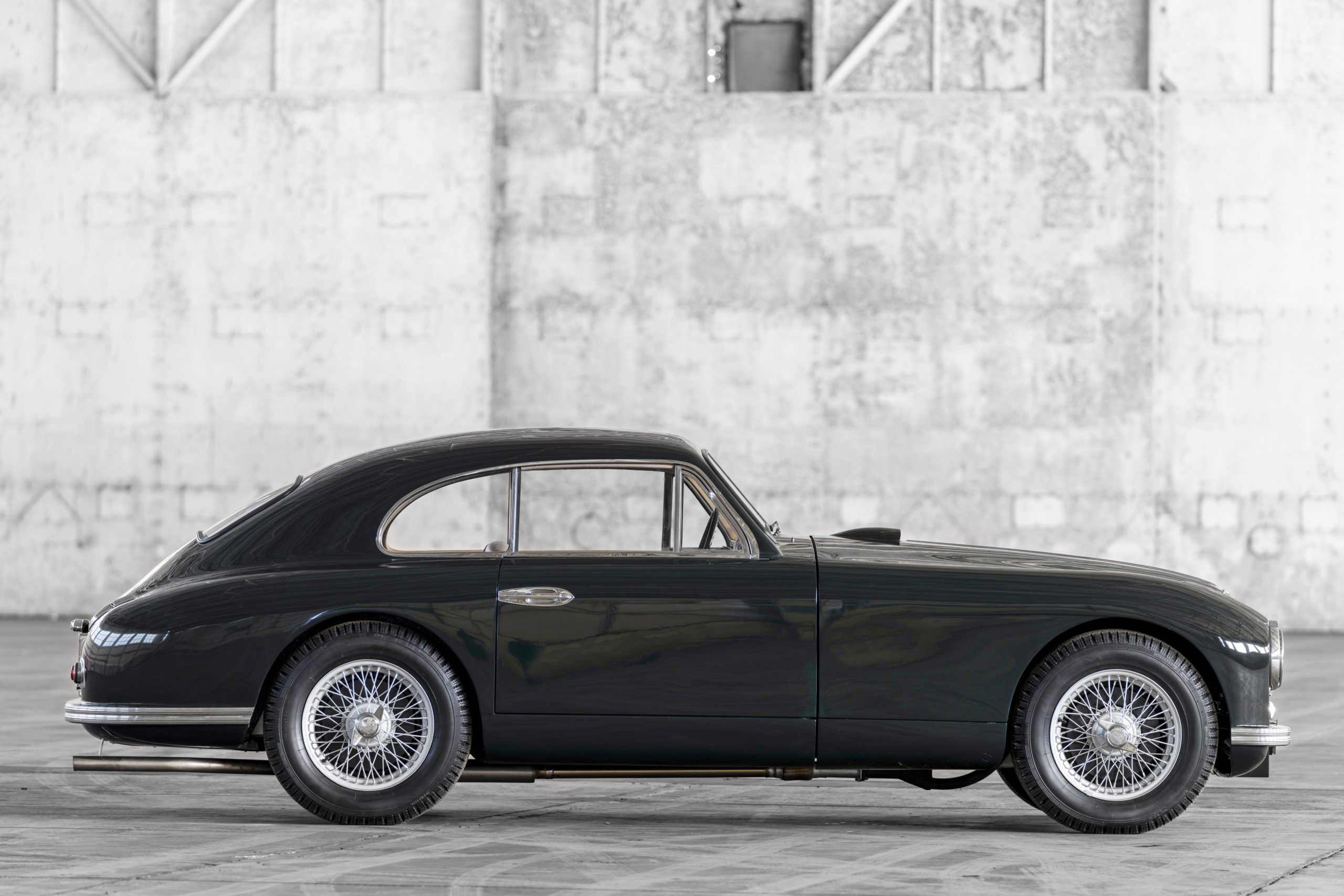 The Aston Martin DB2 with Vantage specification was in production from 1950 to 1953. The main Vantage spec feature was a higher horsepower 2.6-liter engine. It put out 125 hp, about 20 hp more than the standard DB2. This was achieved through a higher compression ratio and larger carburetors.

The car was offered in two-door saloon and drophead coupe configurations. Only 248 DB2s were ever produced. At this early first state in the Vantage name, it meant that the car was tailored toward performance-focused drivers. 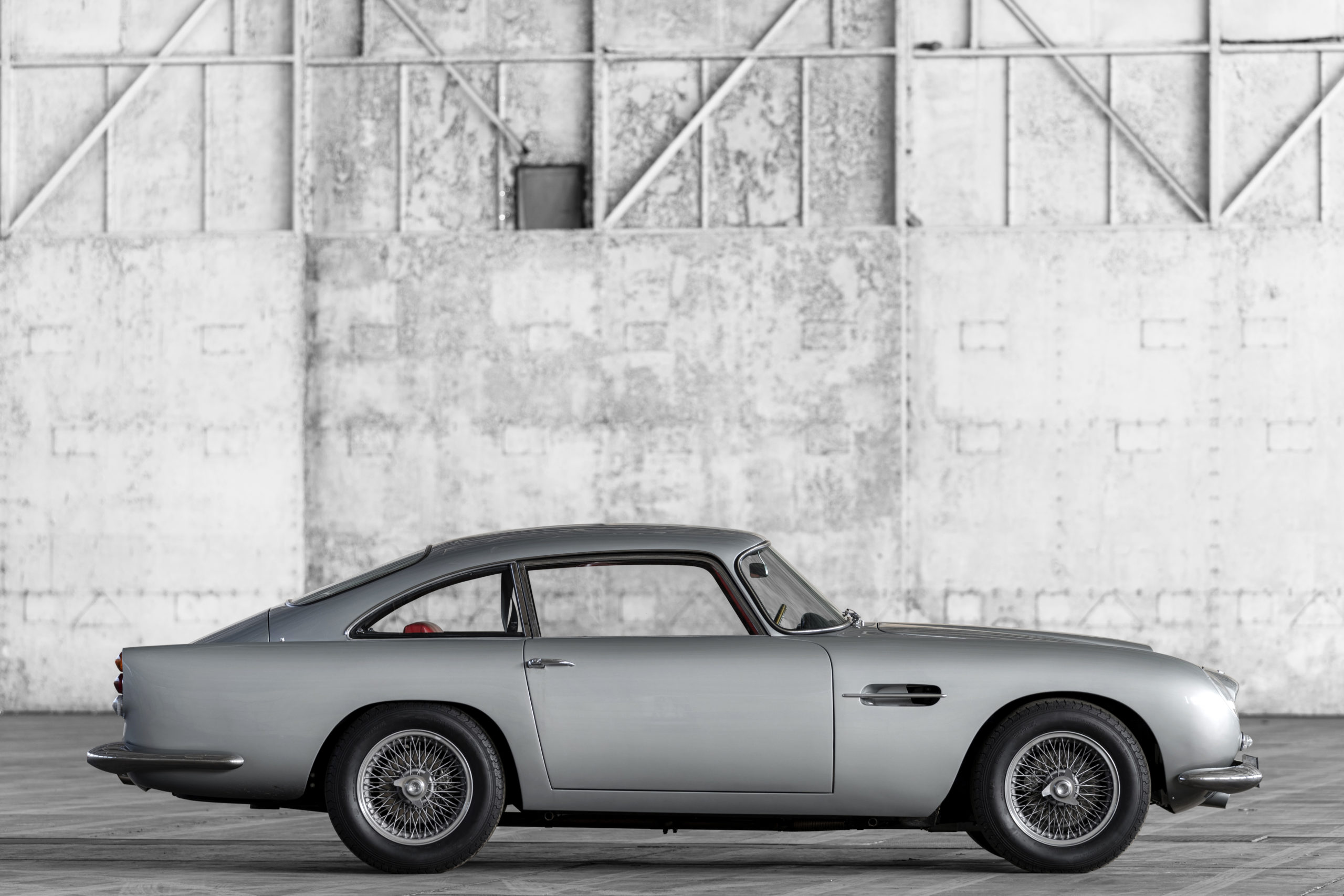 Eleven years later, in 1961, the DB4 came to the forefront. With the DB4, the Vantage engine was improved further to feature three (in comparison to two) SU HD8 carburetors. Along with that, there was an even higher compression ratio, larger valves, and new cylinder heads. And the power increased to 266 hp. The main notable aesthetic appearance upgrades include aluminum trim and unique headlights. 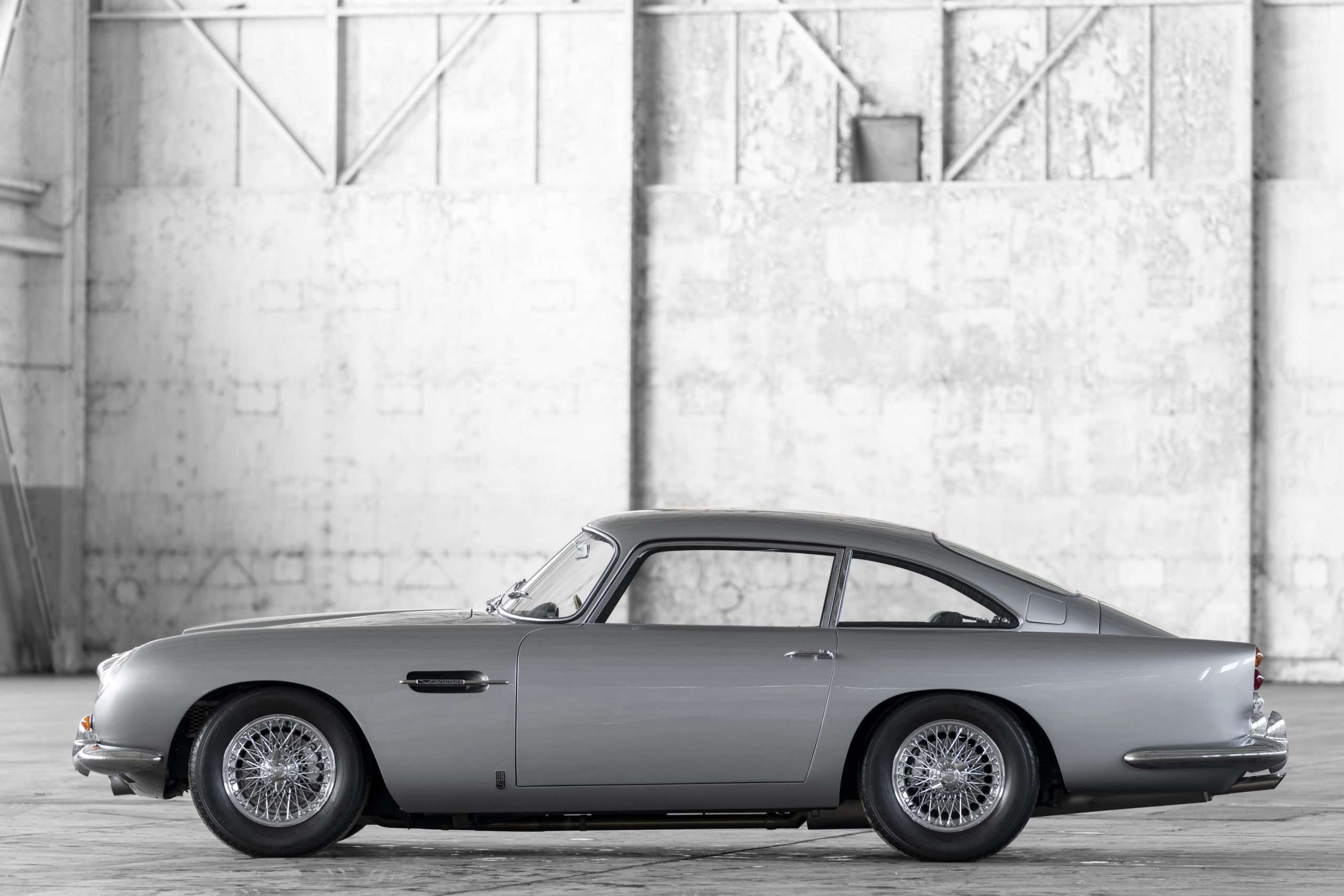 The DB5 is perhaps one of the most notable Aston Martins in history. And that is all thanks to James Bond. The DB5 was used in the filming of Goldfinger as the film’s iconic “gadget” car. This summer, Aston Martin announced that they will be producing a limited run of cars inspired by the Goldfinger DB5. These will be built with replica gadgets from the film.

If you are thinking that this photo of the DB5 Vantage looks no different than the DB4 Vantage, you are correct. The aesthetic look of these cars is nearly indistinguishable. However, while they do look similar, the DB5 Vantage is even rarer than the latter.

Of the 887 Aston Martin DB5 cars produced, only 68 cars were fitted with the optional Vantage engine. This rare engine had triple Weber carburetors and produced 325 hp. To make it even rarer, the DB5 convertible with original Vantage production was produced in the single digits, with only eight cars produced in its entire run. 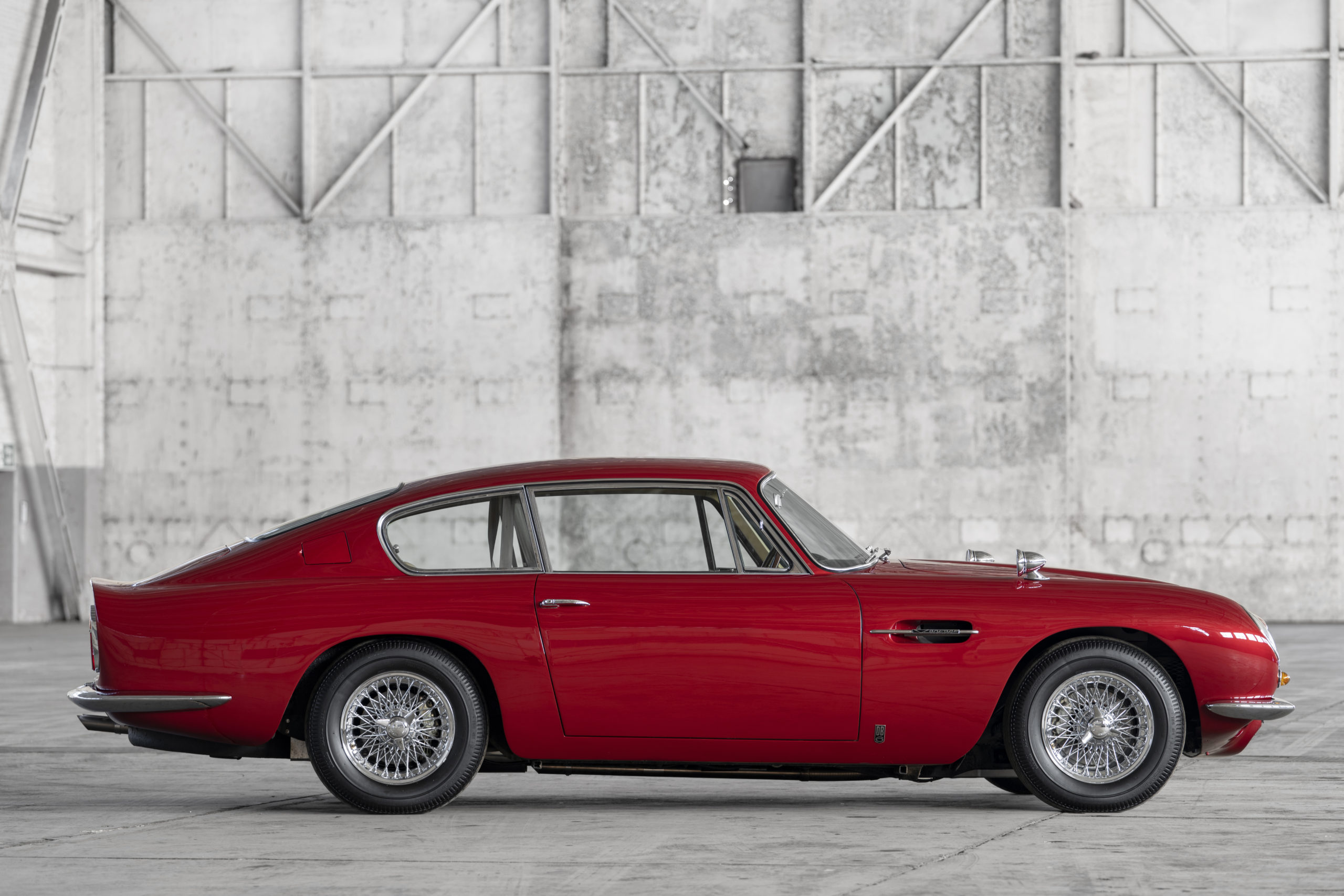 This Aston Martin DB6 was manufactured in 1965. While the body did not stray far from the DB4, the internal bodywork was vastly improved in this design. The DB6 had a similar 4.0-liter straight six as the DB5 Vantage, able to generate an output of up to 325 hp.

Available in both the two-door saloon and Volante, the DB6 Vantage is extremely rare to see out in the world today. The Volante, a wonderfully classic Aston-Martin-way of saying convertible, means “flying” in Italian. If one of the few owners of a gorgeous Volante DB6 happens to be reading this, you already know that we are all very jealous of your flying out on the roads. 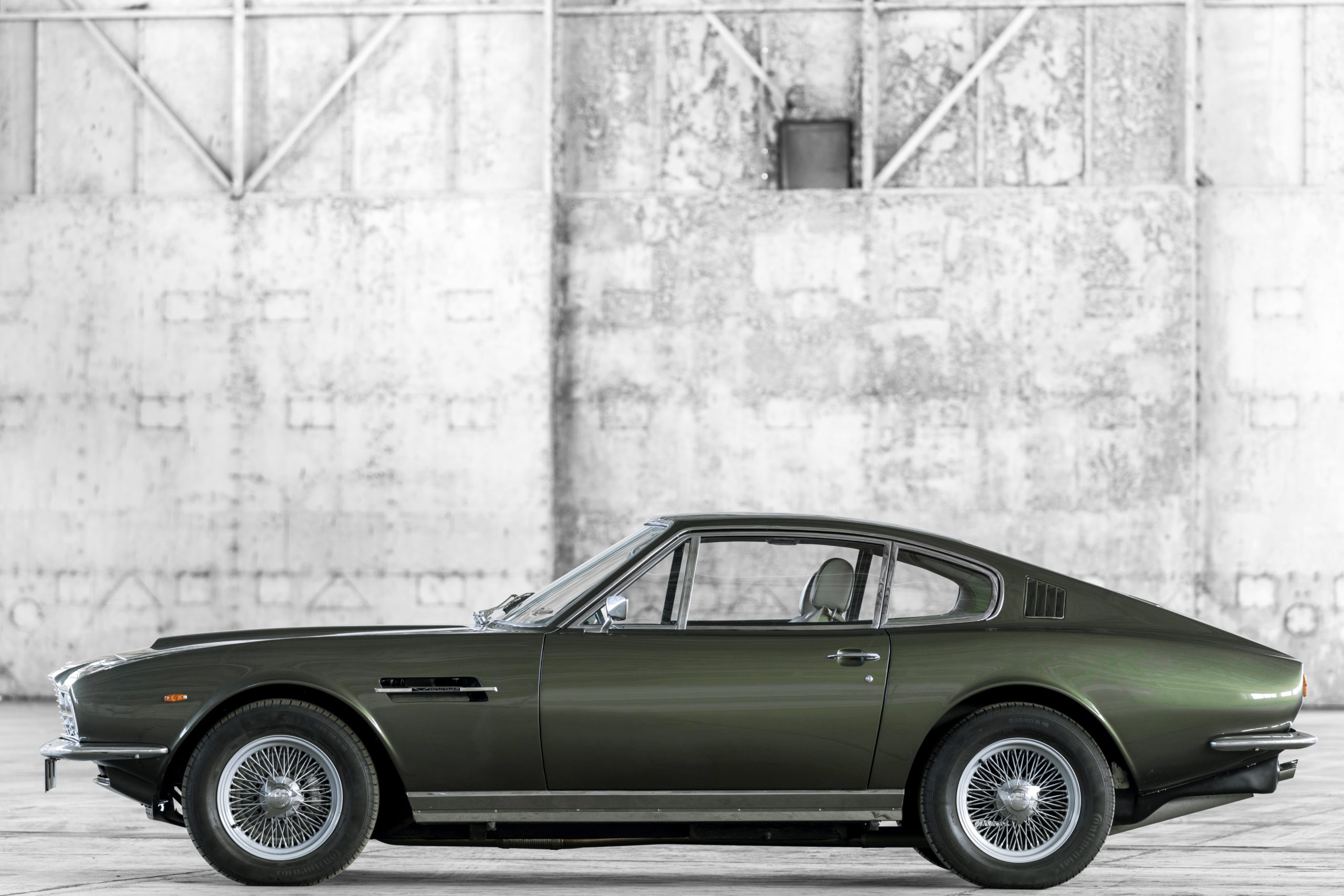 Coming to the forefront in 1967, the Aston Martin DBS is when the Vantage line began to experiment with all kinds of groundbreaking vehicle design, both internally and externally. William Towns, a British stylist and interior designer working for Aston Martin at the time is credited as the person responsible for THE Aston Martin look. This look, designed by Towns, entails the modern, angular shape of most modern Astons.

Similar to its predecessors, the DBS features a six-cylinder, 3,995cc Tadek Marak engine. The DBS was substantially heavier than the DB6, so to counter that, the Vantage version has revised camshafts to enhance performance. 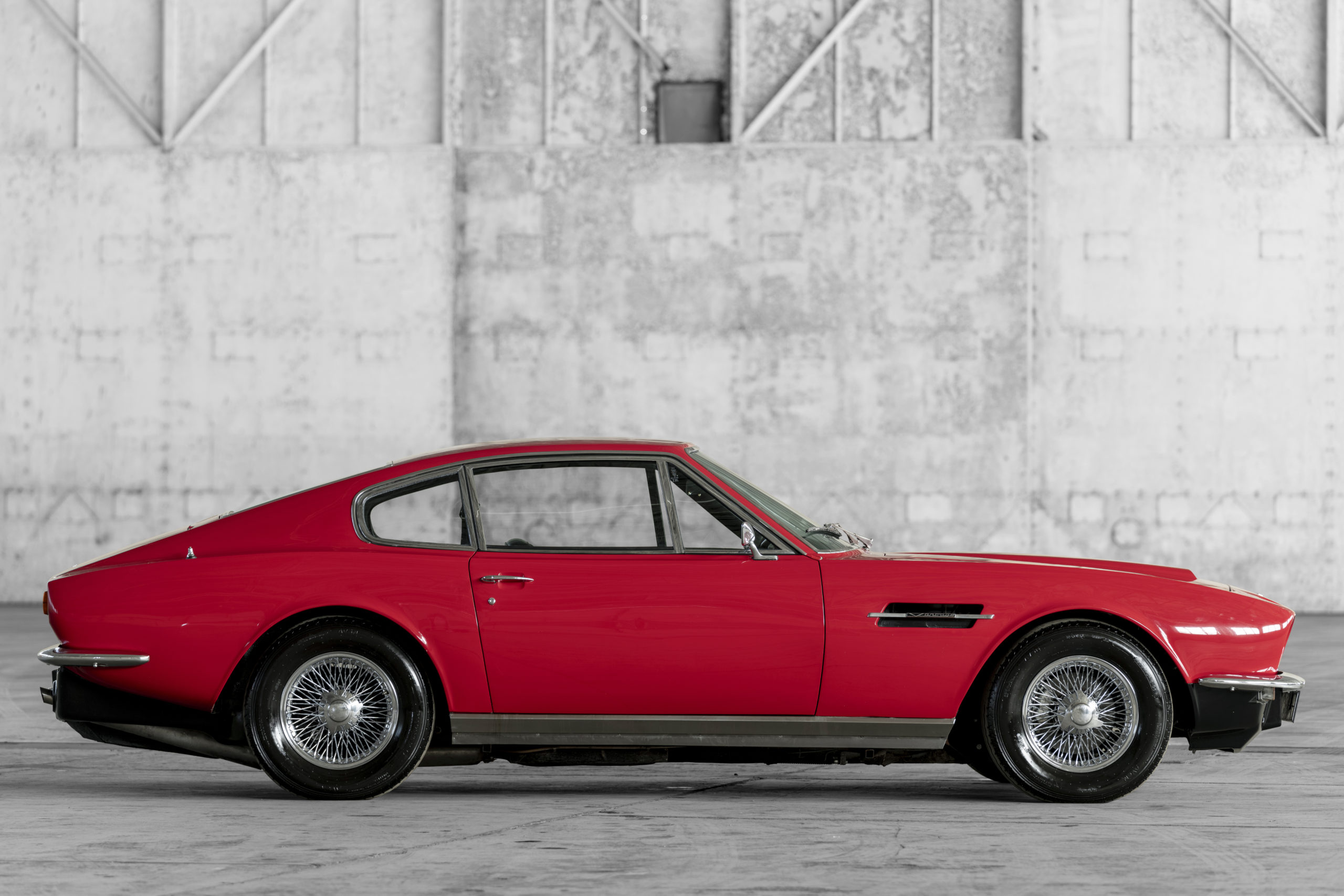 Because the DBS Vantage was not able to have a V8 engine due to production constraints, Aston Martin worked hard to produce a car that did have the V8 engine. With that, the Aston Martin AM Vantage was born. Only 70 cars were created with production beginning in April of 1972. Notably, this car is the least expensive when priced as new compared to all other Vantage models. 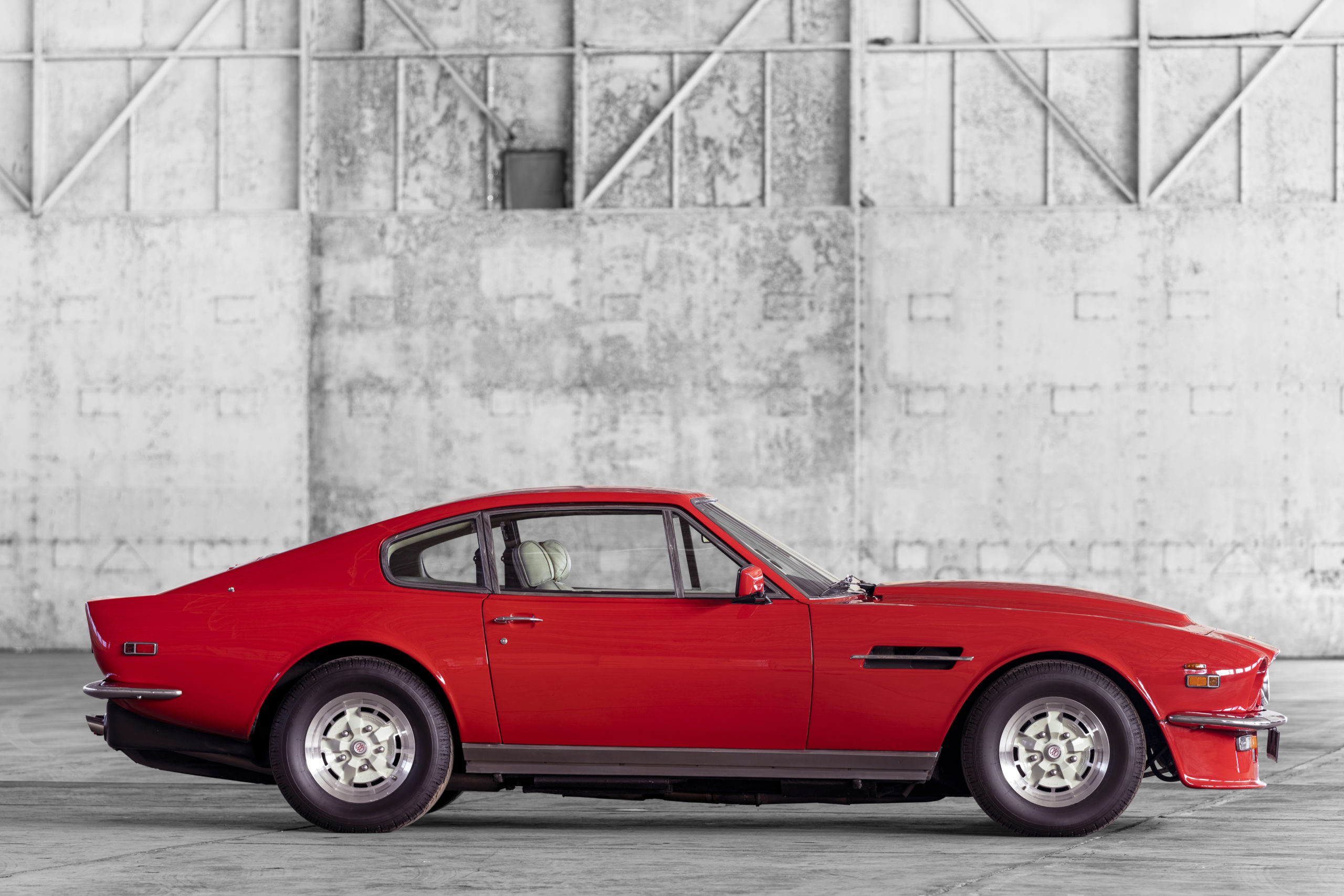 The Aston Martin V8 Vantage is the vehicle that quite literally accelerated Aston Martin even further into the racing world. Able to accelerate from 0–60 mph in 5.3 seconds, this car could do 170 mph in 1977. Because of this, the V8 Vantage was considered “Britain’s first supercar.”

The speed capabilities were a result of an increased compression ratio, high-performance camshafts, and larger carburetors. The V8 Vantage is said to have superior performance when compared to such icons as the Lamborghini Countach, the Porsche 911, and the Ferrari 512BB of its day. 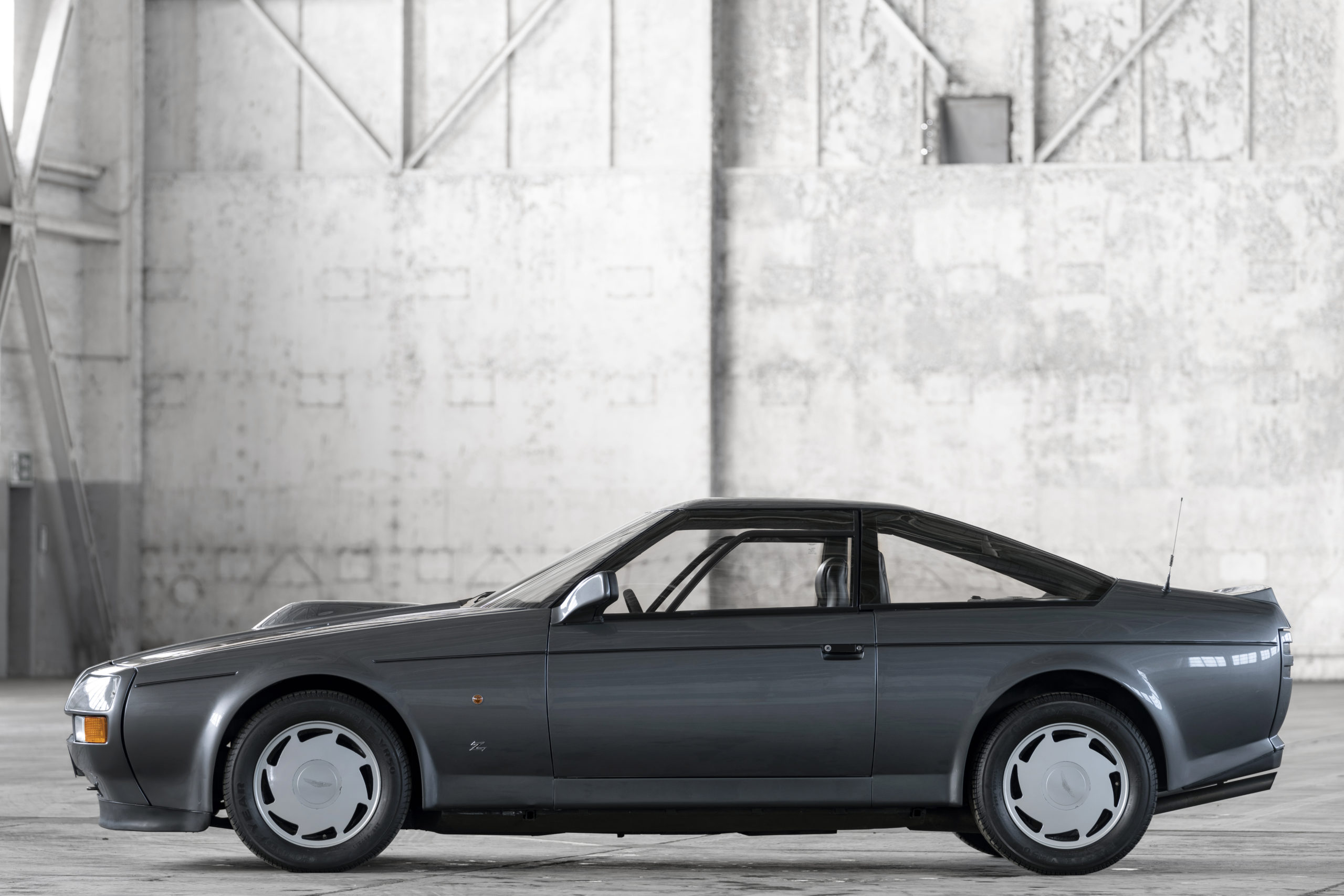 In 1986, the Aston Martin V8 Vantage Zagato was released with the V8 Vantage engine producing 410 hp. Notably, the partnership between Aston Martin and Zagato (a famous Italian Coach-maker) was revived after 23 years because of this machine. Only 52 of these incredibly unique cars were created in its entire production run. 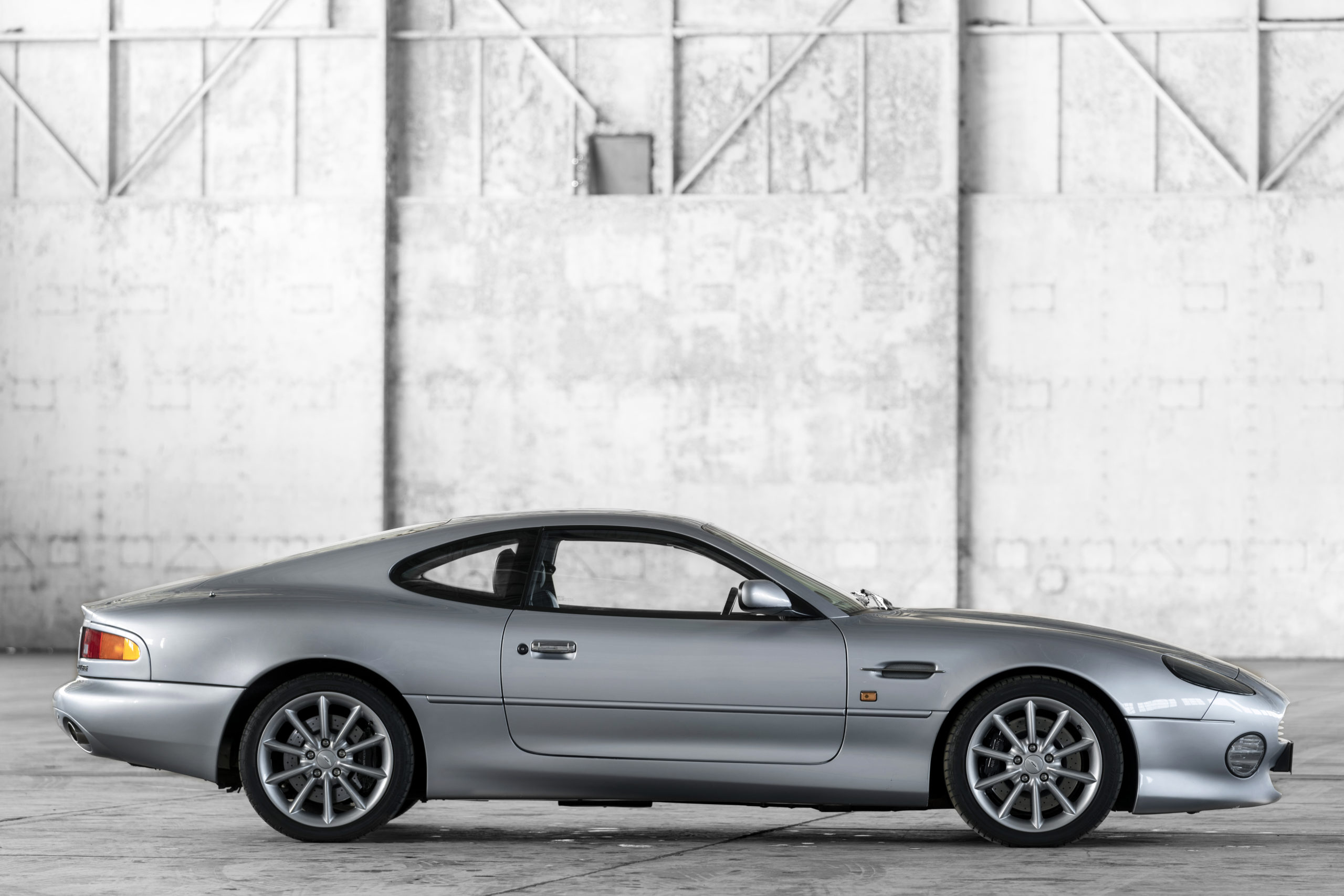 In 1999, the Aston Martin DB7 V12 Vantage took the Geneva Motor Show by storm. And it had a whole new look compared to its predecessors. You can thank the amazing designer, Ian Callum, for the innovative design of this vehicle. Also, it contained a 5.9-liter V12 engine with 420 hp and 400 lb.-ft. of torque.

Notably, this car was available with a six-speed manual transmission, could do 0-60 mph in 5-seconds, and hit a top speed of 184 mph. In total, 2,091 DB7 V12 Vantage coupes were produced over a span of fewer than 5-years. That was the highest production volume of any Aston Martin model to that point. 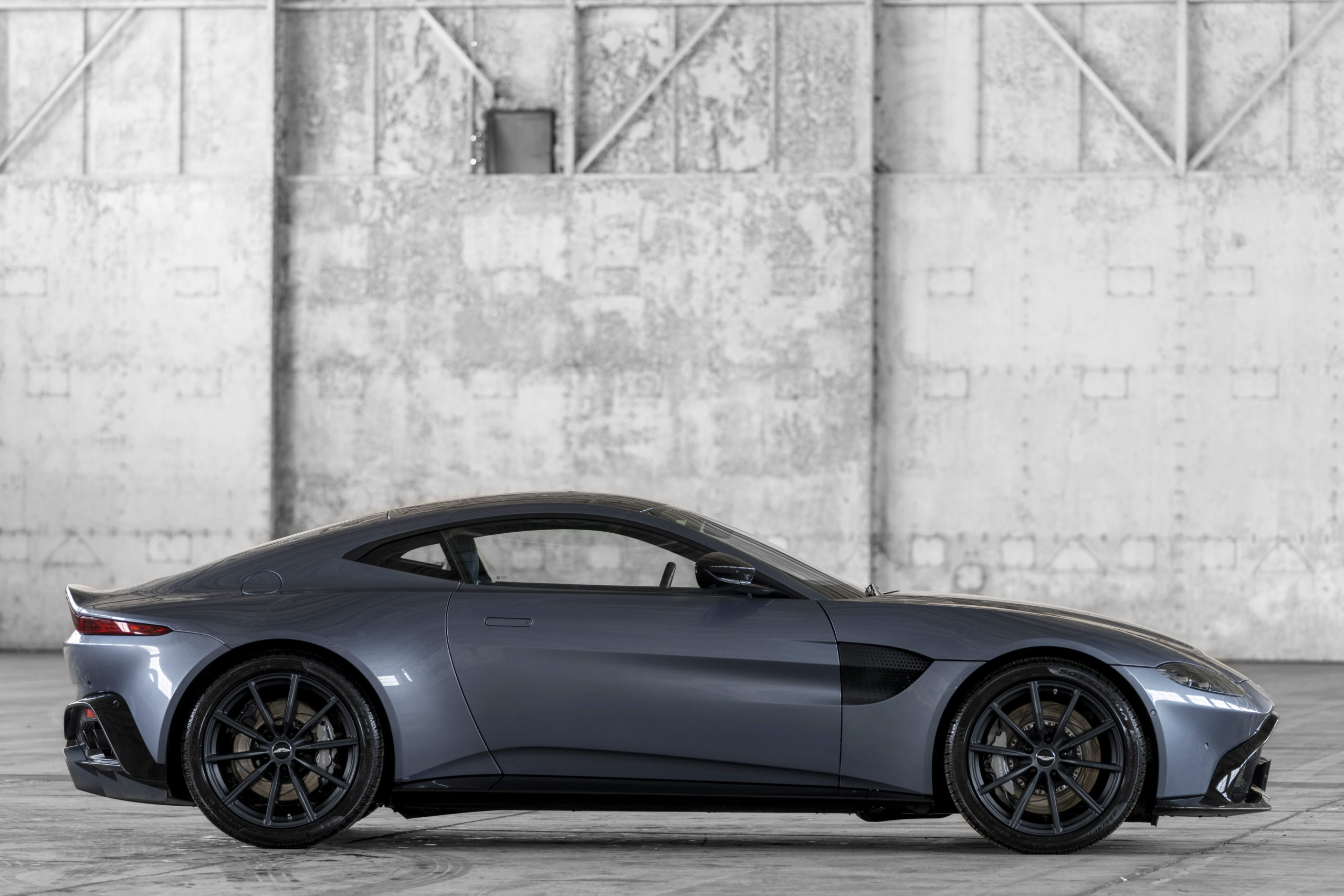 And now, we have the beautiful and current Aston Martin Vantage. After 70 years of climbing toward perfection, we’d say this car is pretty close. It is a two-seater with an unmatched, sleek design. Most importantly, this beast can go from 0-60mph in under 3.5 seconds with a top speed of 195 mph. It has a 4.0-liter turbocharged V8 engine that produced 503 hp and 505 lb.-ft. of torque. To achieve the ultimate in weight balance and shifting speed, the new Vantage has a rear-mounted 8-speed automatic gearbox specially manufactured by ZF. 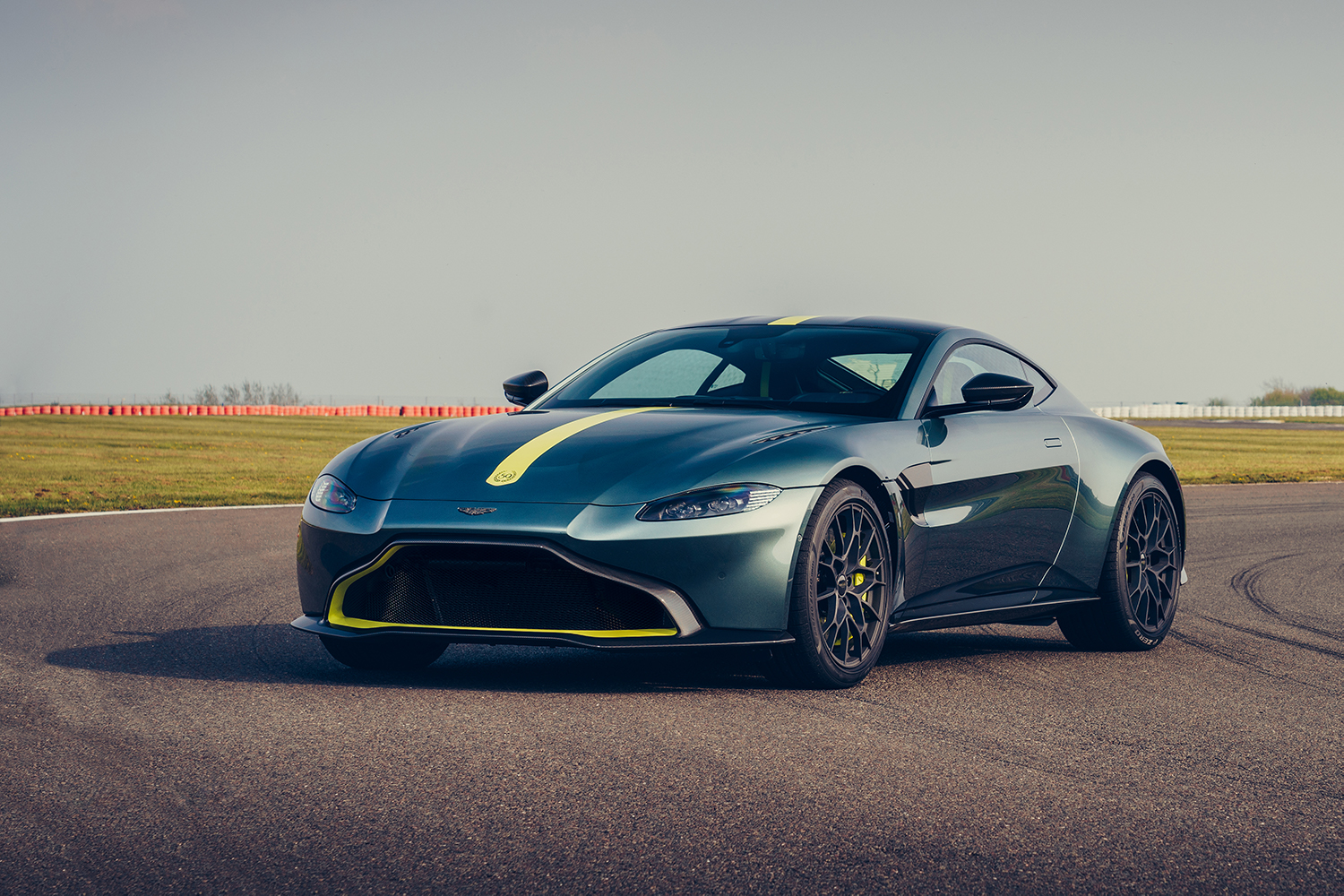 Released in 2019, the Vantage AMR has a motorsport-inspired 7-speed manual transmission that stands out from the other Vantage models. It might not shift as fast as it’s brethren but the Vantage AMR is an extremely sharp and driver-focused machine. The Vantage AMR boasts an AMG-sourced twin-turbo 4.0-liter V8 putting out 503 hp.

The Vantage AMR starts at $179,995 and only 200 were created in 2019. If you missed out, other Vantage models will be available with the same manual transmission starting in 2021.  Best of all for the speed enthusiasts, this car is a 200mph capable machine. 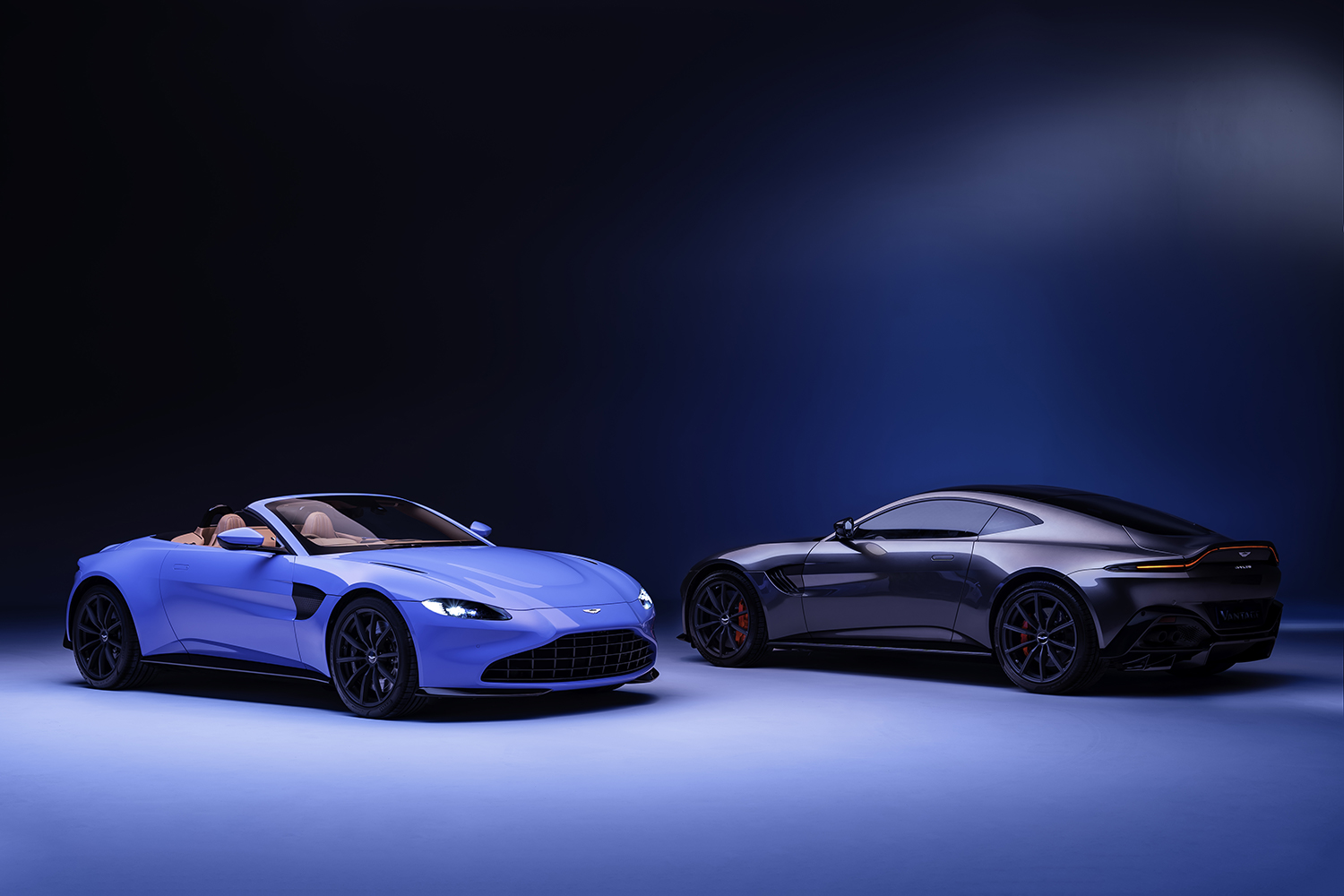 The 2021 Aston Martin Vantage Coupe will set you back at least $146,000, while the Vantage Roadster starts at $161,000. Both the Roadster and the Coupe will have 503 hp with 505 lb.-ft. of torque. Notably, the Roadster will have the world’s fastest convertible roof, able to fold away in just 6.7 seconds.