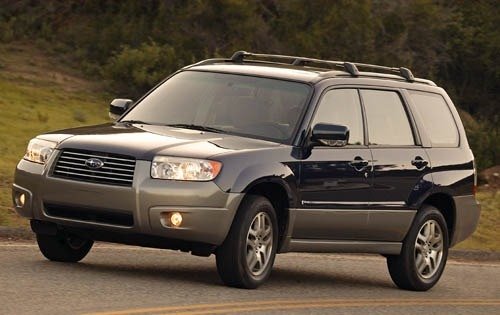 Whether you are short on cash or looking for a reliable car for your college student, you don’t need to break the bank to get what you want. There are numerous nice cars on the market that are also cheap. You just need to know what you’re looking for. 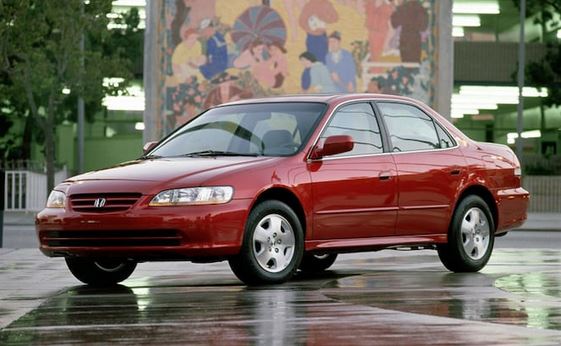 To be honest, there is nothing wrong with grabbing yourself a used $3,000 Honda Civic any day, but why not pay just a little more and grab yourself the bigger sibling? The Accord is just as affordable and if you find one from the late 90s, you get a little more room as well. Not only that, but these cheap yet nice cars are reliable and have some sweet features you won’t find in low-budget options.

Another reason the Accord is superior to the Civic when talking about used vehicles is that you’ll have a hard time finding a Civic which hasn’t had modifications. The sixth generation Accord was the most purchased to date and it was available as both a coupe and sedan. Look for the LX or EX trim and you’ll get a 2.3-liter I4 VTEC engine that produces 150 horsepower. Stay away from the DX, though, as this was the budget-oriented trim and it came with no powered anything, rear drum brakes, no cruise control, and no audio system. The EX trim, on the other hand, had ABS, keyless entry, cloth seats, alloy wheels, and rear disc brakes as standard with the option to include leather seating, a power sunroof, and CD player. 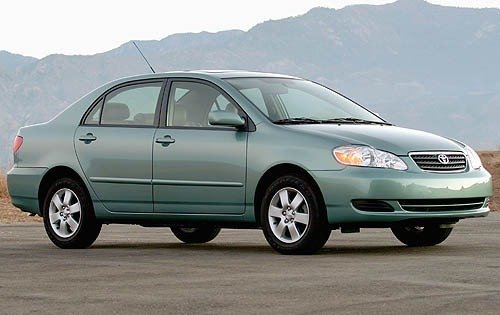 The ninth generation Corolla is a great addition to any list of nice cars that are also cheap. That’s because this car was extremely reliable and offered decent handling and options. In the 1.8-liter engine, you can expect similar power as a Civic with 140 horsepower, but the fuel mileage is better at about 38 mpg on the highway.

We know the Corolla isn’t overly exciting, but it’s nice in the sense that it provides reliable transportation and is a great choice for a starter car. This is also a great car to simply use as a second vehicle for when your daily driver is in the shop or you have unexpected house guests.

With the popularity of the Corolla, you won’t be at a lack finding what you want because the used market is absolutely brimming with these cheap sedans. A quick glance through several generations shows many quality used Corollas for just around $3,000.

Nice cars should have all-wheel-drive, right? I agree. That’s why the Subaru Forester made our list. The second generation runs about $6,000 for a decent used vehicle but that little chunk of change gets you quite a lot of features. First of all, you have Subaru’s famed symmetrical all-wheel-drive, which is huge for anyone that lives where it snows. Second, this crossover has lots of cargo space making it perfect for your outdoor adventures.

From a reliability standpoint, there are no glaring issues. Plus, the base engine is a 2.5-liter four-cylinder with 170 horsepower. That makes it fairly competitive even to some new cars. The downside to the Forester is the fuel economy with highway numbers at 26 mpg. While this isn’t terrible, it’s something to consider if you plan to do a lot of commuting. 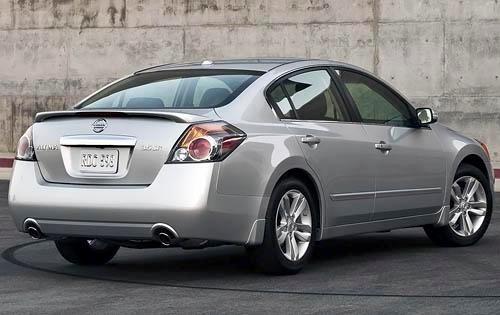 The fourth generation Altima has been a popular option for teenagers looking for a first car. That’s because it has the comfort needed to make it a great cruiser while offering superior handling. It also has a fantastic reputation as far as maintenance is concerned. The vast amount of cargo space, as well as interior room, makes it great for spring break road trips as well.

The base model features a 2.5-liter inline-four engine with 175 horsepower. This Sedan will score 29 mpg on the highway, which isn’t terrible, but even if you find the 3.5-liter V6 with 270 horsepower, the fuel economy only goes down to 27 mph on the highway.

Considering what you are getting, the Altima is a true bargain. You can find many models for well under $10,000 but finding the V6 for a decent price could be a challenge. 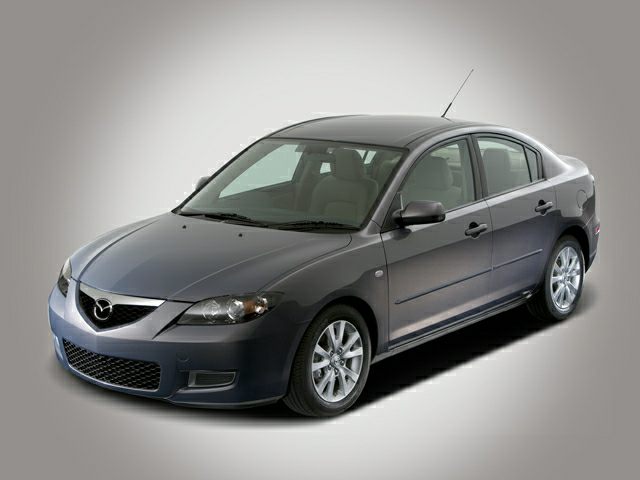 The best way to find nice cars is to look for something that is practical, fun to drive, and affordable all in one. While this combination can be difficult to find, the first generation of the Mazda Mazda3 seems to fit it well.  It was available in both a hatchback and sedan model and has aged well over the years. It is still a reliable ride, especially for students.

The engine options vary, so you’ll want to pay attention to what you purchase. In both years, you can find a 2.0-liter four-cylinder producing 148 horsepower. This one offers the best fuel mileage at 32 mpg highway. There’s also the 2.3-liter four-cylinder producing 160 horsepower. This one loses some fuel mileage down to 29 mpg highway, but is a bit more spry and has better throttle response.

If you want the best bang for your buck, watch for the Touring and Grand Touring trims because you’ll get more features. They came with side curtain airbags, side-impact airbags and electronic stability control all as standard equipment. Running a quick search of my local area gave me seven of these for under $4,000. 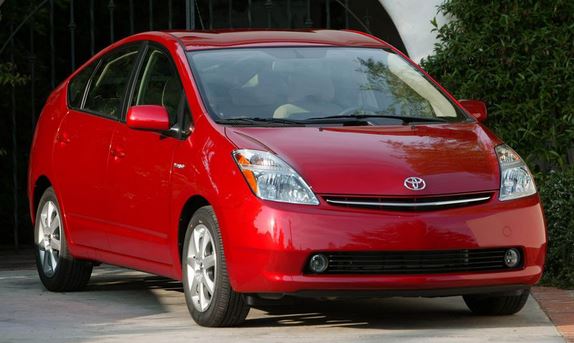 If battery power is important to you but you don’t want to spend a lot on nice cars, then why not opt for a Toyota Prius? They’ve earned a reputation for being trustworthy and the second generation offered a nice hatchback design. The hybrid system is made up of a 1.5-liter four-cylinder gas engine plus a pair of electric motors which pump out 110 horsepower.

Obviously, one of the best aspects of owning a Prius is that you can expect 45 mpg while driving on the highway, making it the perfect option for those who have longer commutes. The reason you want to opt for the second generation over the first is because it is more environmentally friendly. In addition, it grew six inches in size and features a more aerodynamic design.

I was able to find several options in my metro area for under $5,000, but there is something to be aware of. There had been complaints in the past regarding sudden acceleration and possible rollover in the Prius. That led to some of them being recalled. In addition, there were also complaints about lighting issues that led to a bunch of warranty repairs. This isn’t a concern if you are purchasing a used model that has had these complaints addressed; just be sure to ask the owner for paperwork regarding the repairs. 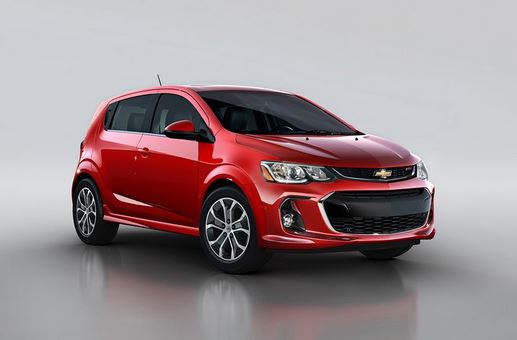 Previously known as the Aveo, the Chevrolet Sonic is a cheap option if you are looking for a newer car. With many used options under $10,000, it’s a great choice as a second vehicle or for a beginner driver. There are two styles available: the four-door sedan or five-door hatchback. In addition, there are several engine options. These range from a 1.8-liter inline-four that produces 138 horsepower and 125 lb-ft. of torque to a 1.4-liter turbo inline-four producing 138 horsepower and 148 lb-ft. of torque.

Clearly, there isn’t too much of a difference between these two engines except that one is going to have turbo lag. The base engine gets 35 mpg on the highway while the turbocharged engine gets 37 mpg, making this a great option for commuters. Since 2015, the Sonic has offered OnStar plus 4G LTE and a standard built-in Wi-Fi hotspot, so there are a few perks to going with a newer model. 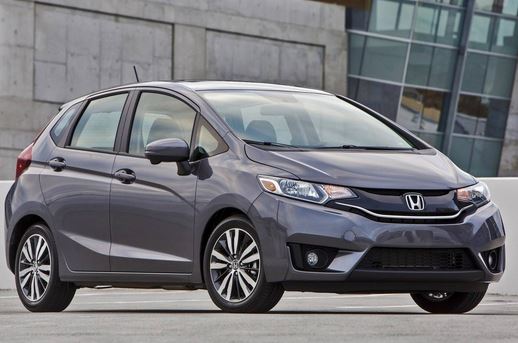 Now seems to be an appropriate time to also mention the Honda Fit as an option when shopping for affordable nice cars. The price goes up slightly from the Sonic, but you get the reliability that comes with the Honda brand. Their powertrain is also quite efficient with a 1.5-liter inline-four that produces 130 horsepower with the six-speed manual or 128 horsepower with the continuously variable automatic transmission. Newer models have options that include automated emergency braking, adaptive cruise control, and lane-keeping assist.

This mid-size sedan is much like the Altima and it offers some of the best driving dynamics of our list. At its launch, the Fusion came in three trims: S, SE, and SEL. The base engine was a Mazda-designed 2.3-liter Duratec 23 inline-four which produced 160 horsepower and 156 lb-ft. of torque. The SE and SEL models came with the 3.0-liter Duratec 30 V6 engine and had 221 horsepower with 225 lb-ft. of torque.

The Ford Focus won its matchup with the Honda Accord and Toyota Camry based on styling and reliability from Consumer Reports. In addition, there were head-to-head tests conducted by both Car and Driver and Road and Track that both listed Ford Fusion as more “fun to drive.”

From 2007, the V6 models had available all-wheel-drive and Sirius Satellite Radio was an option on both the SE and SEL trims. In addition, those two trims also had the front passenger fold-flat seat as a standard feature. It’s easy to find one of these nice cars for under $5,000. 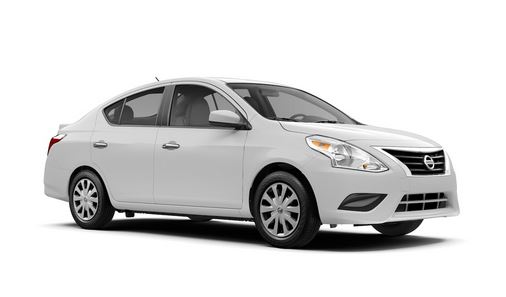 When you think of cheap nice cars, you don’t automatically assume that you’d be able to get something newer, but prices of the 2017 Nissan Versa start right around $10,000. That’s not too shabby for a vehicle that’s fresh off the lot. It comes with a 1.6-liter inline-four that produces 109 horsepower, so don’t expect to get anywhere quickly in this budget-friendly automobile.

With that said, there are some strong positives about this cheap option. Unlike many cars of its size, the backseat is adult-friendly and the interior proves to be roomy. The ride is surprisingly comfortable and you can expect 39 mpg on the highway. If you need trunk space, the Versa’s got that too! 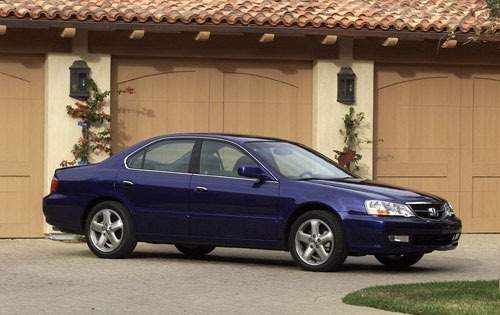 Derived from the Accord platform, the Acura TL was redesigned in the second generation with a 3.2-liter SOHC VTEC J32 V6 engine that produced 225 horsepower. It also came with a five-speed automatic transmission with SportShift. They even added side-impact airbags and a newer navigation system.

In 2002, the Type-S model was added, which gave an additional 35 horsepower and 17-inch wheels, plus firmer seats and suspension. It’s easy to find a deal on this higher class sedan for right around $4,000, making it a great option for one of our cheap nice cars.

Before you go to purchase one of the nice cars you find, run down this quick checklist to make sure you get what you want.

– Start with plenty of research on the model you choose.
– Look around for the best pricing.
– Ask the seller lots of questions before purchasing.
– Do your own physical assessment of the car and take it for a test drive.
– Get a history report.
– Attempt to negotiate the price.
– Avoid any financing from the dealership if you can.
– In the end, trust your gut.

Nice Cars in Your Future?

Let us know what nice cars you see in your future. Remember, just because you need to find a cheap car doesn’t mean you need to sacrifice style, ride comfort, or features. Take your time and perform plenty of research until you find the low-cost car which fits your needs.