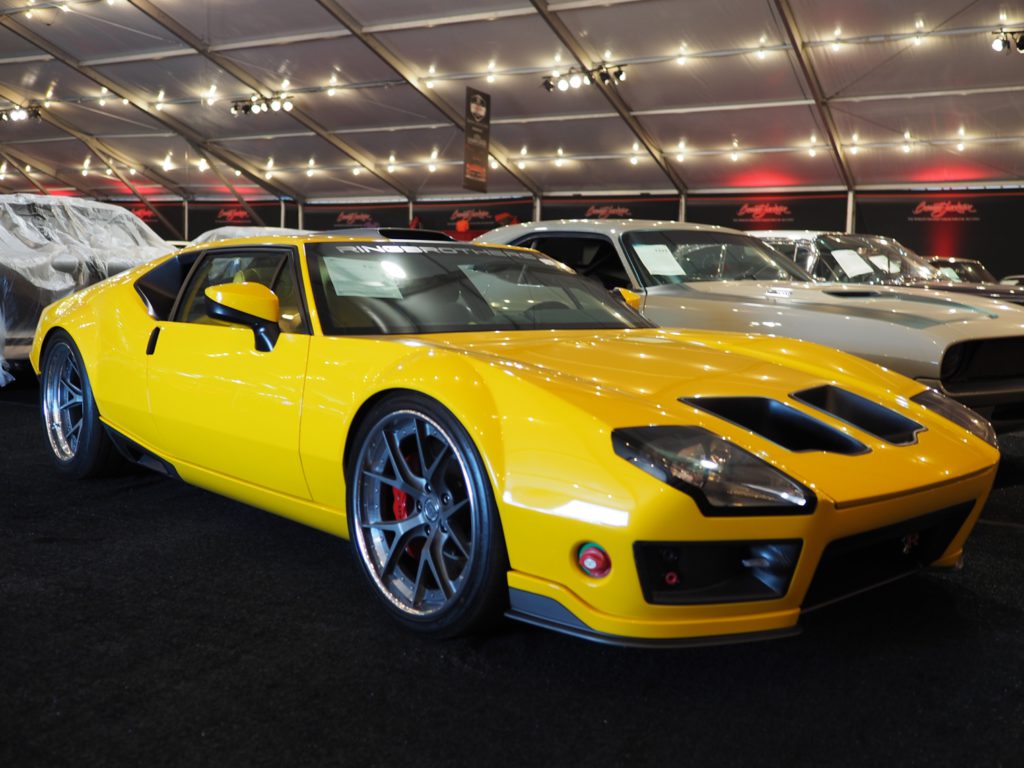 Ringbrothers took a classic but worn-out 1972 De Tomaso Pantera and added their custom touches to the blazing yellow car now called “ADRNLN” before unveiling it at the 2013 SEMA Show. After a stint as a Prestone promotional vehicle, it was sold to Richard Rawlings from Gas Monkey Garage in 2015. Seven years later it sold again at the January 2022 Barrett-Jackson car auction. 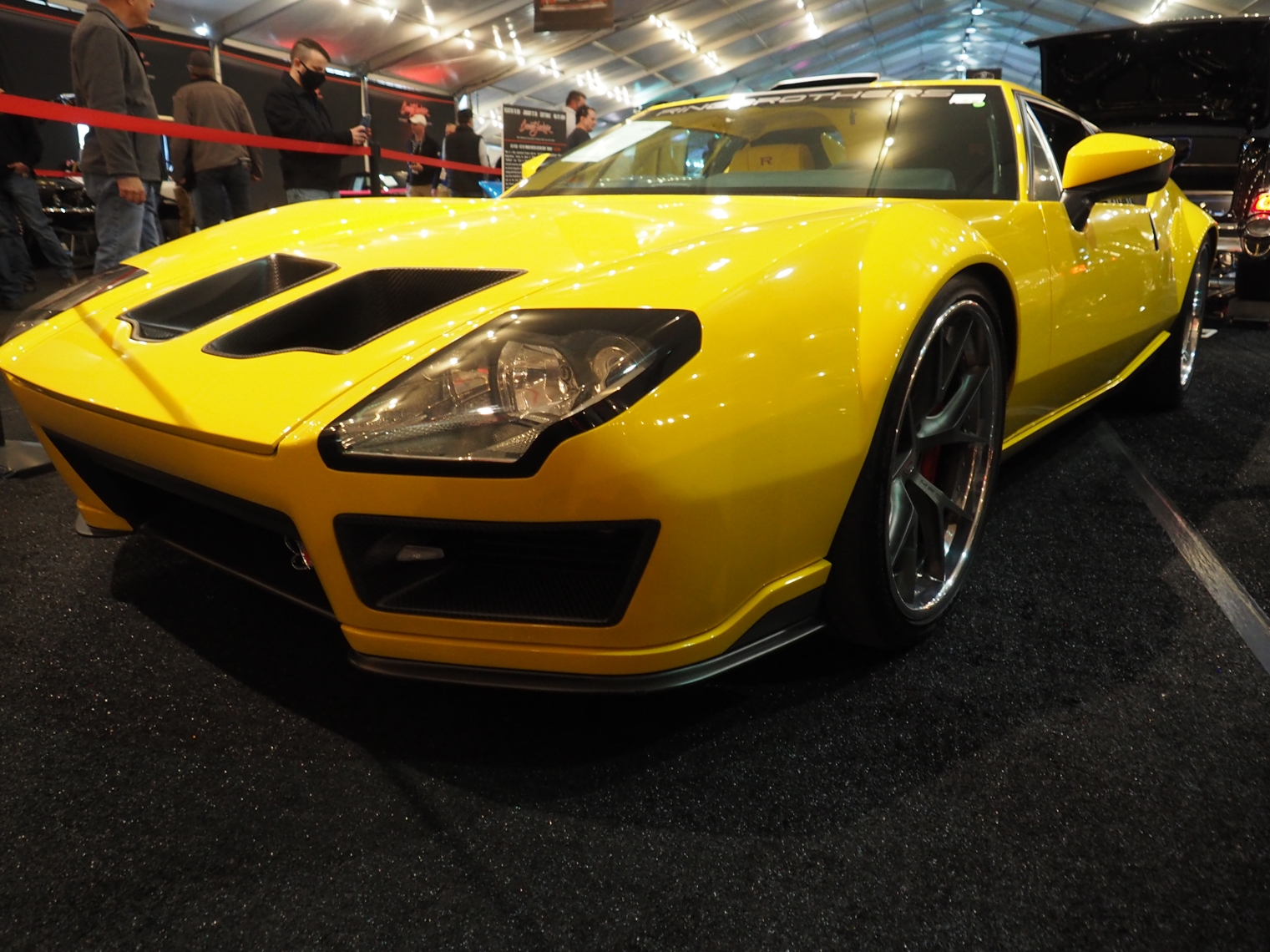 The wedge-shaped De Tomaso Pantera was an Italian mid-engine sports car produced from 1971 to 1992. Between 1972-1975 the Pantera was sold in America through Lincoln-Mercury dealers, with about 5,500 vehicles being sold. The 1972 De Tomaso Pantera featured a 5-speed manual transmission 351 Cleveland engine that produced 325 hp.

Mike and Jim Ring operate Ringbrothers in Spring Green, Wisconsin. Besides running a local body repair show for the area residents, they customize high-end classic cars that often show up at SEMA (Specialty Equipment Market Association) and then hit the car show circuit. But check out their custom cars quickly, as the vehicles often are shipped out of the country to foreign buyers like this 1969 Charger. 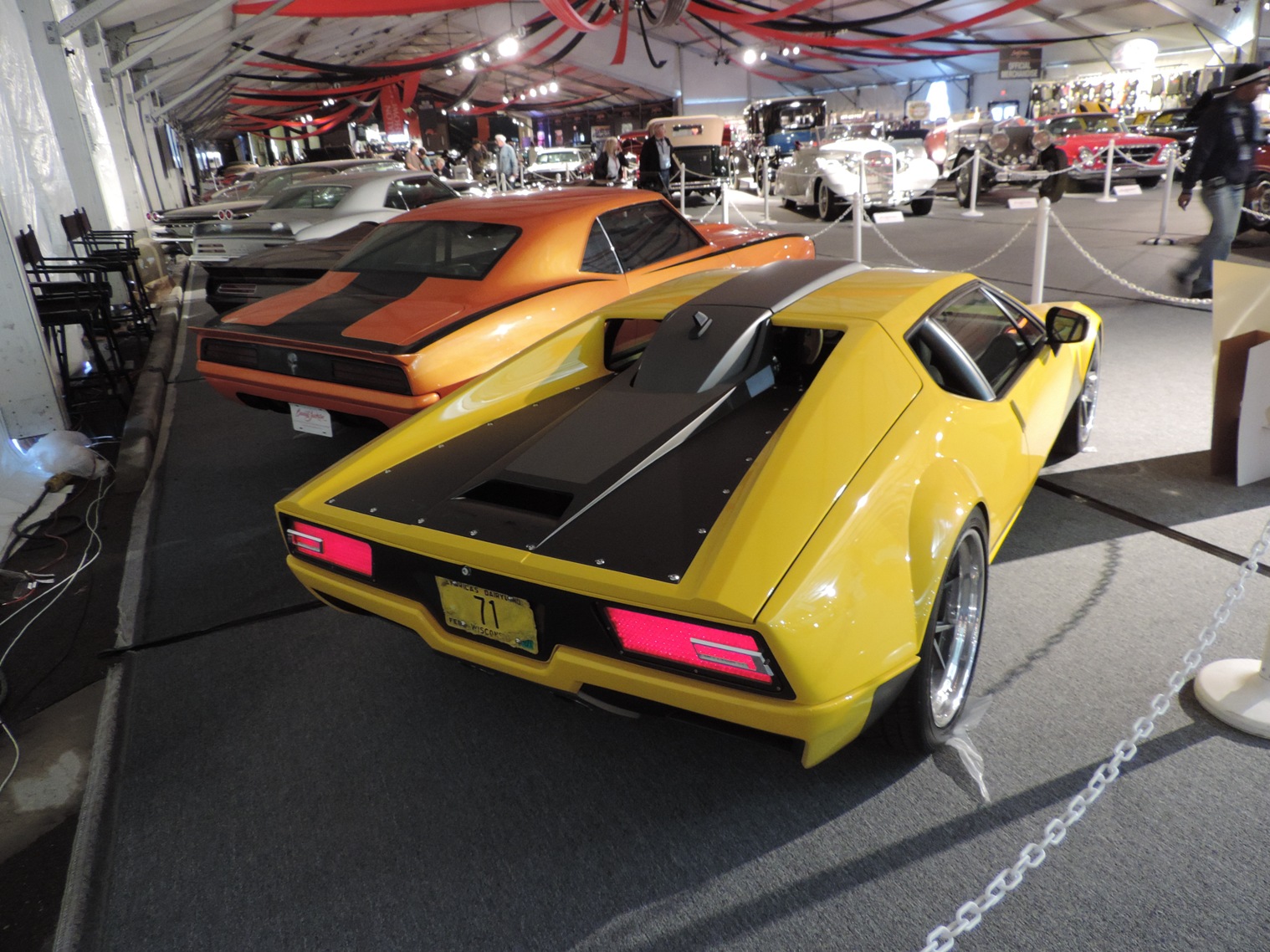 While working on this Pantera, a visit with Nike show designers inspires the Ringbrothers’ design, which includes a black leather driver’s seat and a yellow passenger seat. Prestone sponsored the award-winning car at the 2013 SEMA Show, which might explain the bright yellow, antifreeze-like hue.

They created an air scoop for the engine intake across the roof, flared out the wheel wells, and added some lightweight carbon fiber parts, including front cooling ducts for the Baer brakes. The ducts look similar to a Ford GT’s front-end design. The Ringbrothers also crafted fixed headlights to replace the hide-away stock fixtures. 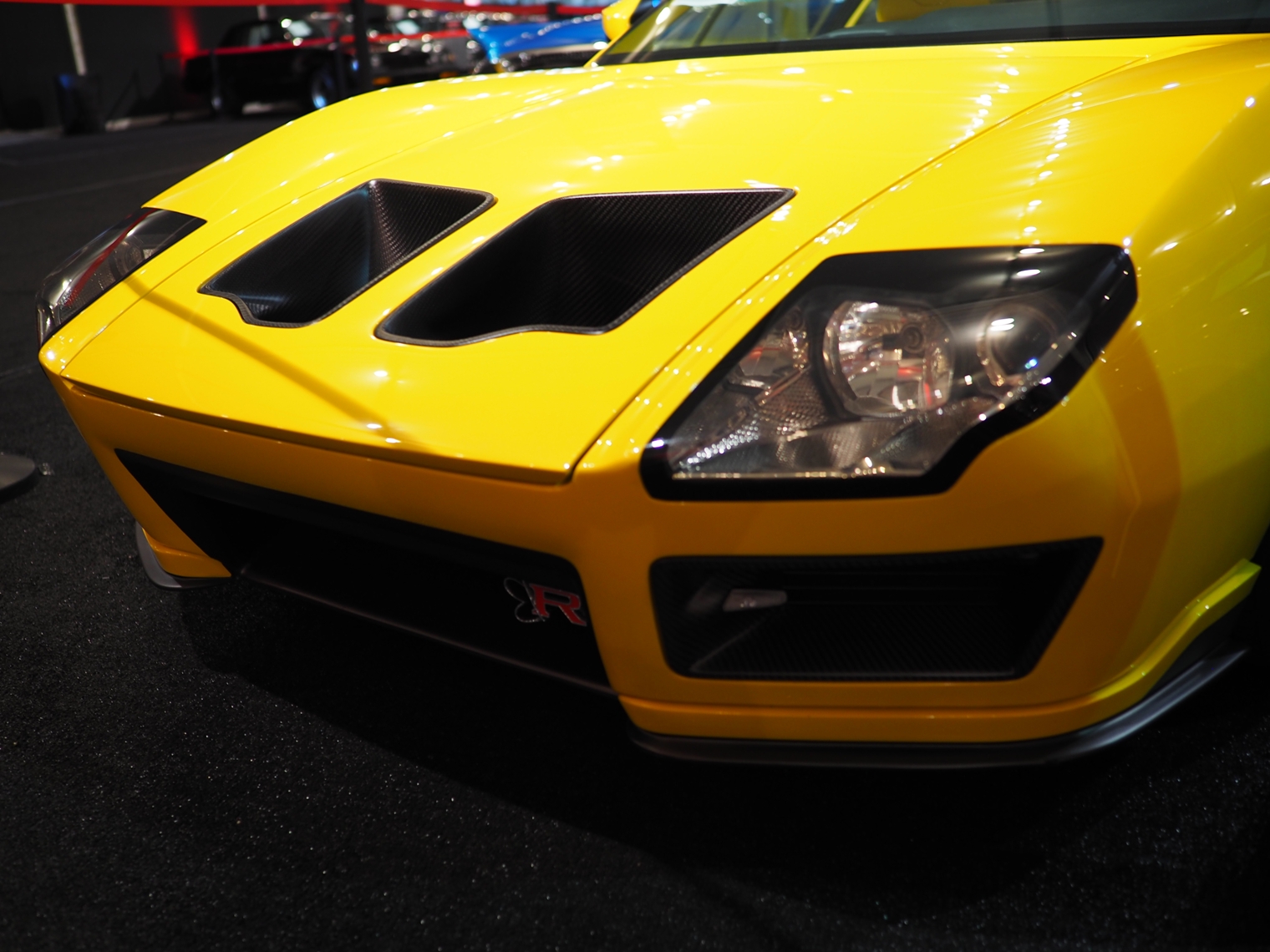 Mike and Jim Ring emblazed ADRNLN lettering along the rear of the car. The car rides on HRE wheels and uses Flowmaster mufflers for a throaty sound.

The Ringbrothers used a custom suspension from the Roadster Shop, and the car now includes a rear-facing camera and monitor as well as a refreshed interior. A Corvette Z06 clutch and flywheel have been inserted for reliability as well.

Craig Jackson, CEO of Barrett-Jackson stated, “I could spend all day going through how many things have been customized on this. I got to say looking around it … the modern conveniences added to it, makes it a whole package.” 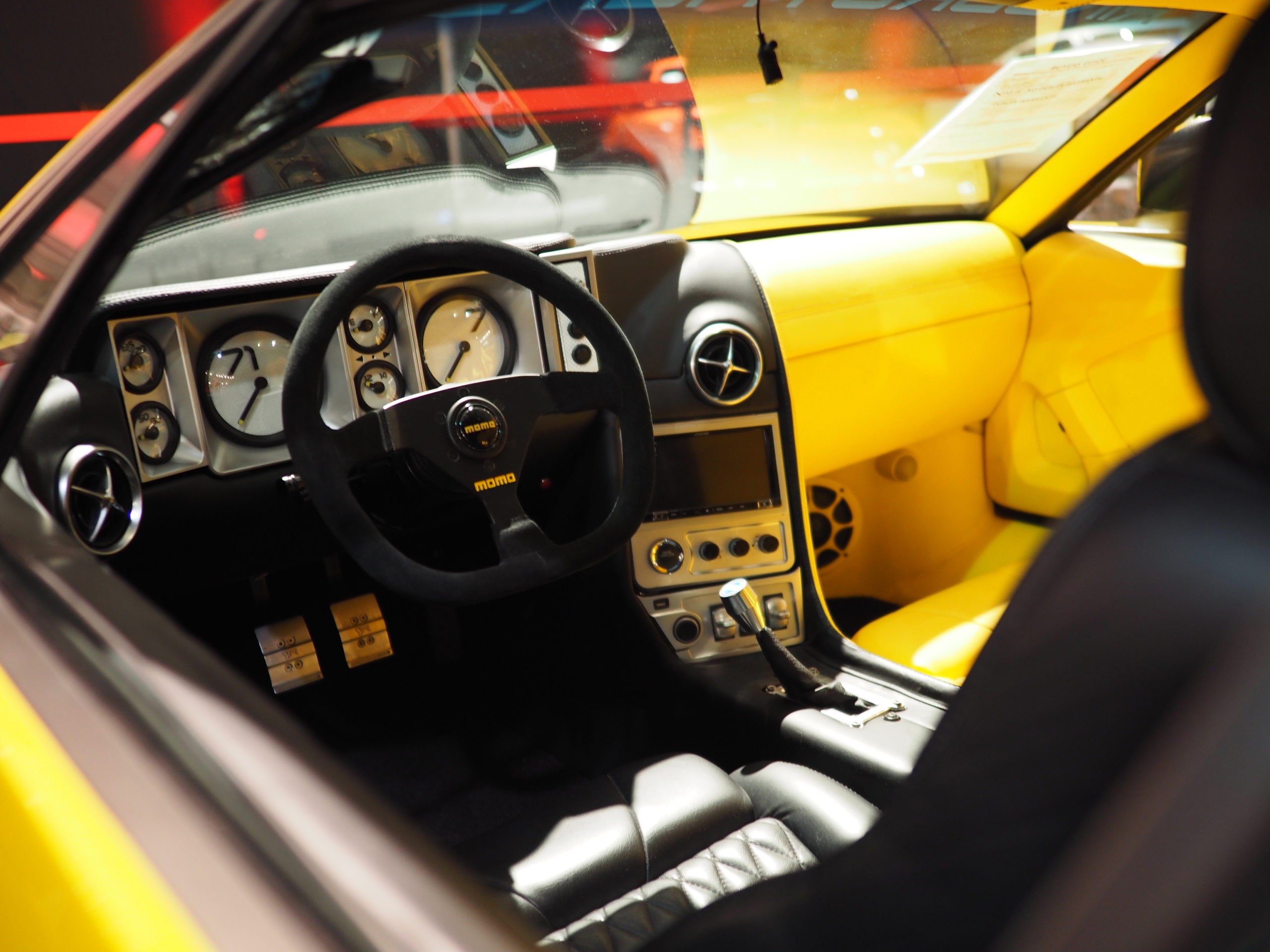 The car sold in 2015 for $330,000 at a Barrett-Jackson auction to Richard Rawlings from Gas Monkey Garage. At that time, his winning bid set the record for the highest price paid at a public auction for a Pantera. The car was later exhibited at the Petersen Museum in Los Angeles California in 2018. It surfaced again for the 2022 Barrett-Jackson car auction where it drew plenty of attention and bidders. 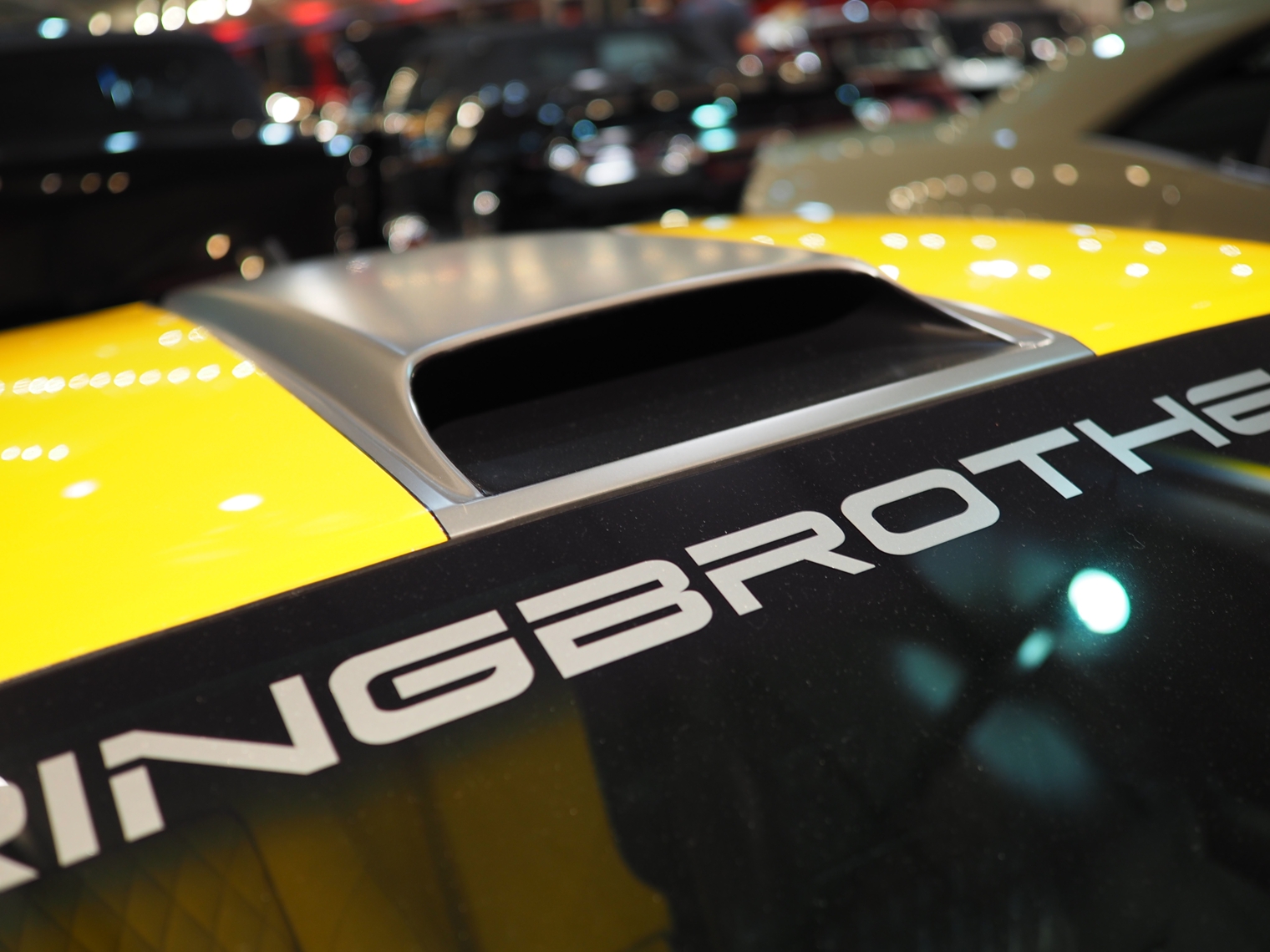 It was not clear if Rawlings was the seller or if the Pantera had been previously privately sold. On January 29, 2022, it rolled across the Barrett-Jackson stage where it again sold for $330,000 (all prices include a 10% buyer’s premium). It is unclear who is the buyer or the car’s final destination.

Hopefully, this Ringbrothers creation will continue to stay in the States.


Seriously Ugly Aftermarket Rims
8 of the Best 2021 Luxury Cars
Toyota Enthusiasts Call Out Hummer, So We Made The 'HummJ'
The Best GPS App: Navigation Made Easy
What is "Top Tier" Gasoline and Should You Care?
The 2022 Bentley Continental GT Speed Might Be The Ultimate ...