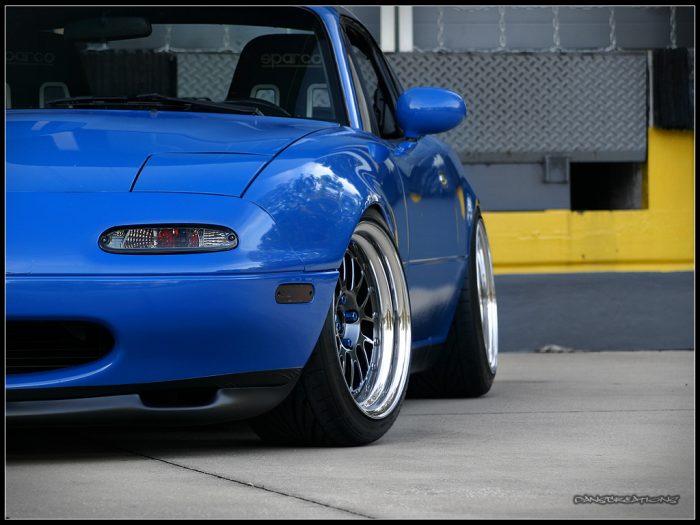 There’s a man who grew up around everything automotive. He learned the ways of the welder while he was in his single ages, and then soon, became his father’s right & left hands. The knowledge, and experience he acquired over the years, was vast beyond any technical school’s training. Not to say that you can’t get a good education from MMI, or anything, it’s just experience, and opportunity normally provides a better foundation for what you want to do in your life. Getting back, this man continued his passion of automotive welding, fabrication, and soon he created new style of car that would soon grace the roads of America. This man’s name is Martin Wilson, and his company is called Monster Miata. 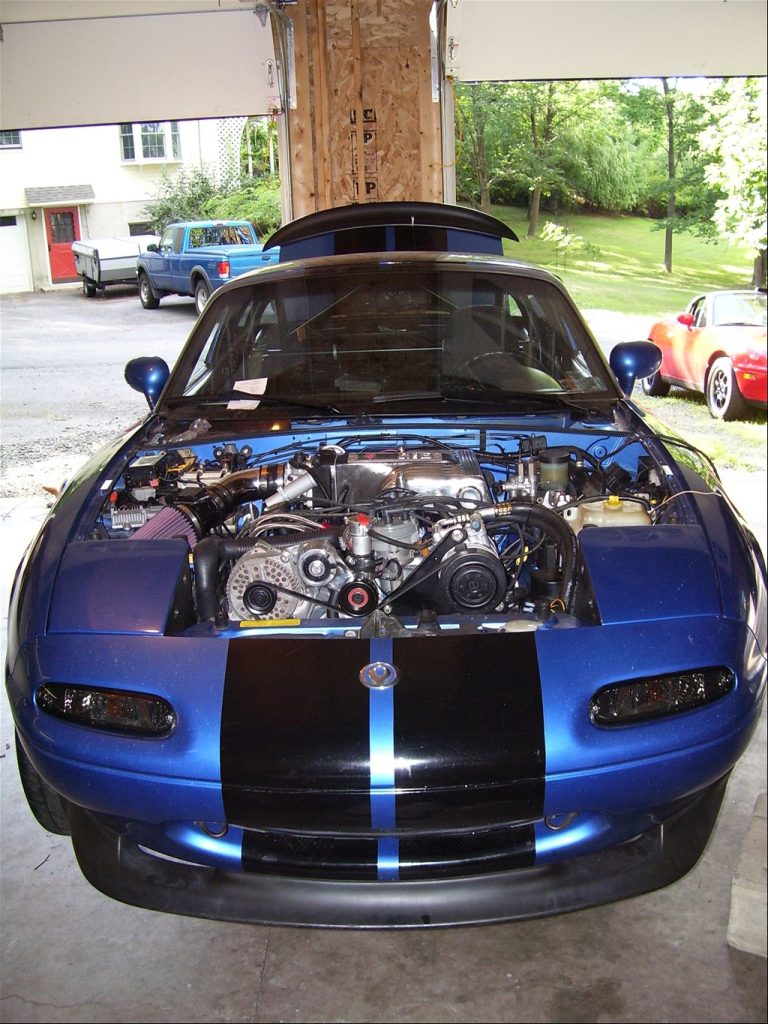 Martin Wilson found himself at a point in his life where fabrication was the key point in basically everything he practiced. So, he took it upon himself one day to create something new and fresh for the world to see. He took his personal Mazda Miata out for a drive, and immediately knew he had to change it somehow. He automatically thought back to his roots, and opted for bigger, and better power. A Ford 5.0L V8 was chosen as the power plant for the Miata, and that my friends was the best decision he ever made.

The Miata’s frame, and body were already great to begin with, so mating the Ford V8 to it, didn’t take much effort. A cut here, and a weld there, create some custom motor mounts, drop in the motor, wire it up, and then you move to the rear of the car. The drive shaft, along with the rear differential were swapped out for stronger units. The middle of it all was Mazda’s gearbox. It was a stout piece of work on its own, and honestly did not require to be modified by much. Depending on the owner of the vehicle, a set of taller, or shorter gears could be installed for the type of driving/racing that would be done. A shorter setup would insure great drifting, but taller gears would be best for circuit track racing. Martin took his dream further by creating a custom suspension, package, that incorporated, new coil overs, struts, tracking arms, bushings, and reinforced frame work, that could with stand the amount of torque that the Ford V8 would constantly be trying to tear the ground up with. 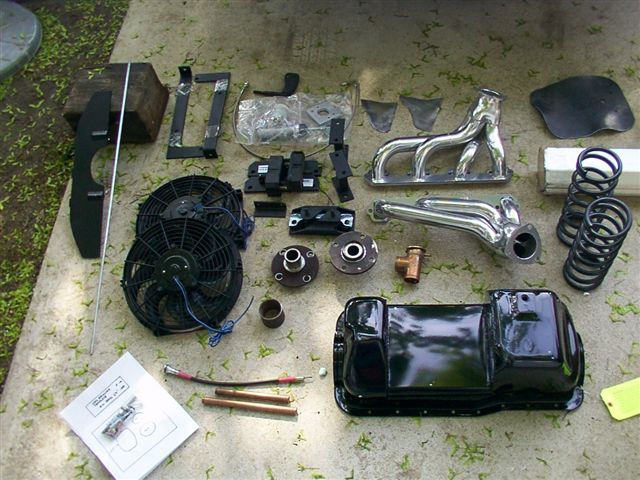 There’s a well known saying, “With Power comes great Responsibility”, and this mantra came into play with the new set of wheels and tires, that were not only wider, but also stiffer to handle everything the Ford V8 had to offer. To completely finish the kit, Martin, and his team designed a body kits that would not only look good, but also house those new wider wheels, & tires. Making this Monster Miata a done deal.

Martin has built over 100 of these Monster Miatas, and is still building them for whoever wants a Kick Ass small framed car that can hang with the best of them on any track. Legal or not. So if you have about $18,000, your own Miata, and have a hunger to drive an all around mechanically sound, daily driving, track car, look up Monster Miata, and give Martin a call to see what he can help you create.