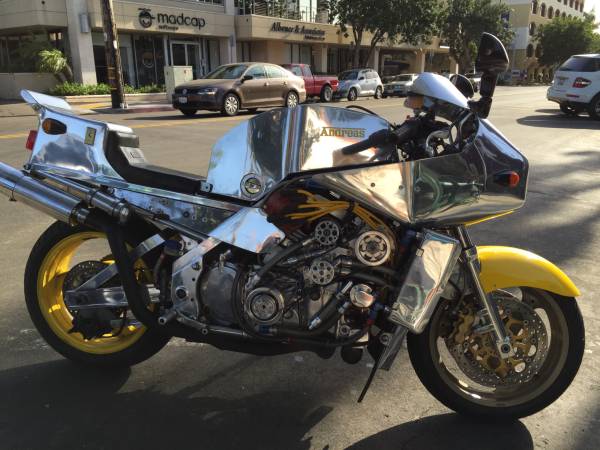 That’s right, if you’re currently in the market for a unique and bespoke Dino Ferrari engine’d motorcycle then look no further than Craigslist. You’d think that such a spectacular machine would be supported with an equally spectacular add…but you’d be wrong. Craigslist it is! 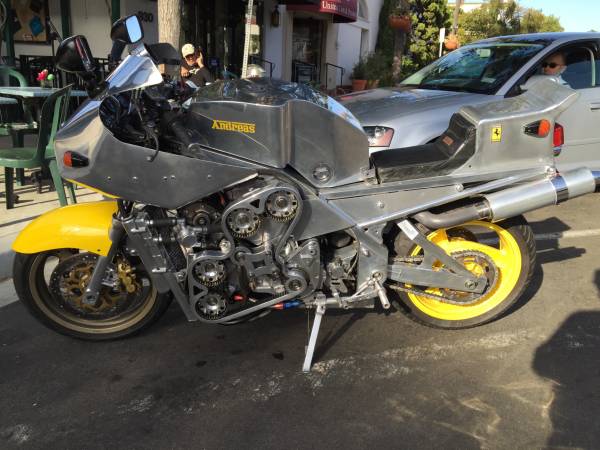 More than a few people have heard of retired and acclaimed motorcycle racer Andreas Georgeades (or George the Greek, to his friends) and apart from having a fairly decent racing career under his belt, he’s also spent his time building a few bizarre machines, namely these bad boys: a strange trio of bespoke Dino Ferrari motorcycles. This particular model is currently listed at $250,000, a small price to pay for a bit of history, right? 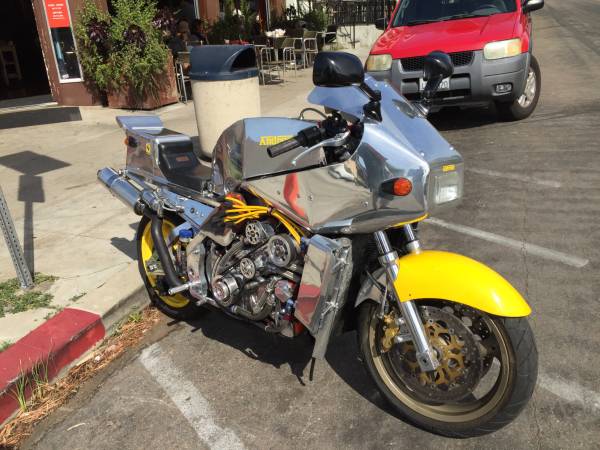 Well, the jury is still out about that. This Ferrari motorcycle was laboriously built over a period of five years and is equipped with a powerful V6 engine…that was then supercharged, paired with a unique and fitted with an Andreas Georgeades one-off timing system. Let’s not forget that Georgeades was a pioneer of the knee down style of riding, scored points at the Canadian Gran Prix back in ’67 (no mean feat when you’re racing against Giacomo Agostini and Mike Hailwood) and he seems to be pretty handy on the tools as well.

Who Wants A Custom Ferrari Motorcycle? 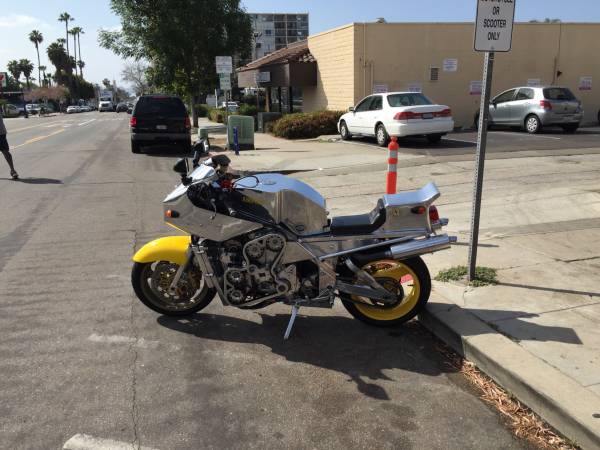 Nearly every part of this motorcycle has been made by hand, including the frame and suspension, which begs us to ask the question: ‘why?’ Back in an interview in the 1990s, he said ‘I wanted to bring the mystique of the marque to my two-wheel riding’ adding ‘plus, I like the excitement of effortlessly going 130 plus!’ Looking at all of the work he put into building this Ferrari beast, ‘effortlessly’ might be the wrong turn of phrase. Unless you consider five years of slaving away effortless, of course. 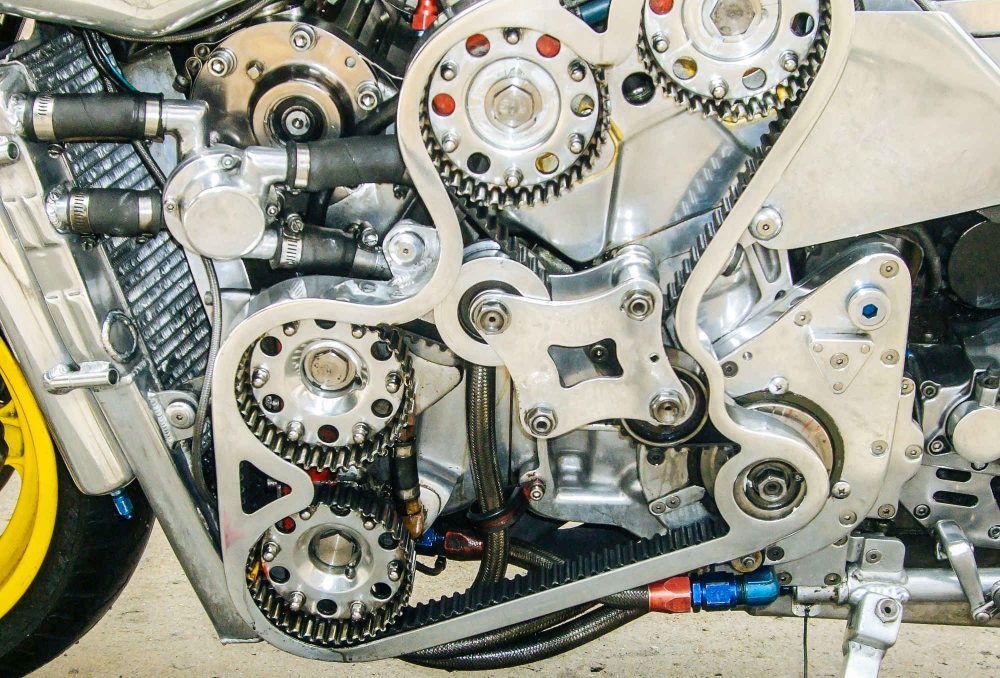 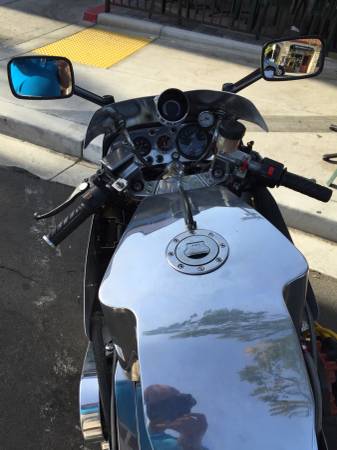 Apart from this sterling machine, Andreas built two more between 1978 and 1998; another Dino powered V6 machine and an insane 301 Ferrari V8 named ‘Andreas’. Sadly, those two aren’t for sale – but if you do find yourself wanting to ride and admire this museum worthy machine then head over to Craigslist and test your haggling skills. My guess is that he won’t budge an inch on the asking price of $250,000 but who knows? It’s up for sale so perhaps times are getting hard? Even at half the price, it’s still a lot of money for a motorcycle though! Good luck!


12 Awesome Ways To Upcycle Motorcycle Parts
What’s Special About The 2018 Kawasaki Ninja ZX-10R SE?
The Indian FTR750 Gets A Stunning Makeover For AMA Pro Hillc...
What If Harley-Davidson Buys Ducati? Here's What The Rumors ...
Take A Look At The Luxurious 2015 Ducati 899 Panigale
Honda Updates The CBR650F And CB650F For 2018!