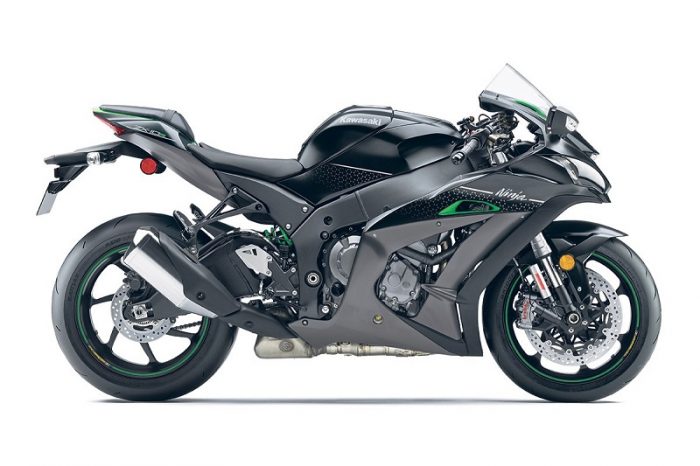 Team Green’s latest addition to their top tier sportsbike stable is the 2018 Kawasaki Ninja ZX-10R SE, but what’s so special about it to warrant the “SE” title? Well, there’s certainly more to it than a new paint job and a couple of extra letters on the name, but before you get too excited, there aren’t as many fancy upgrades as you’d think. However, what upgrades it has are worth their weight in gold. 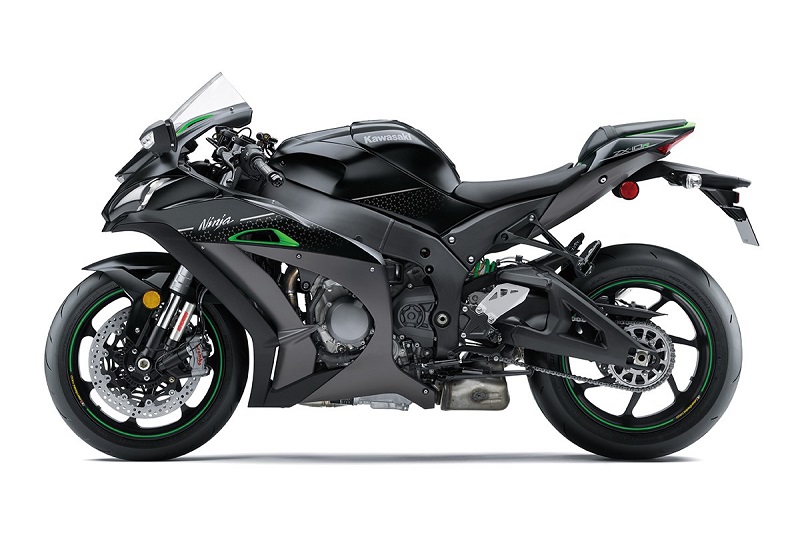 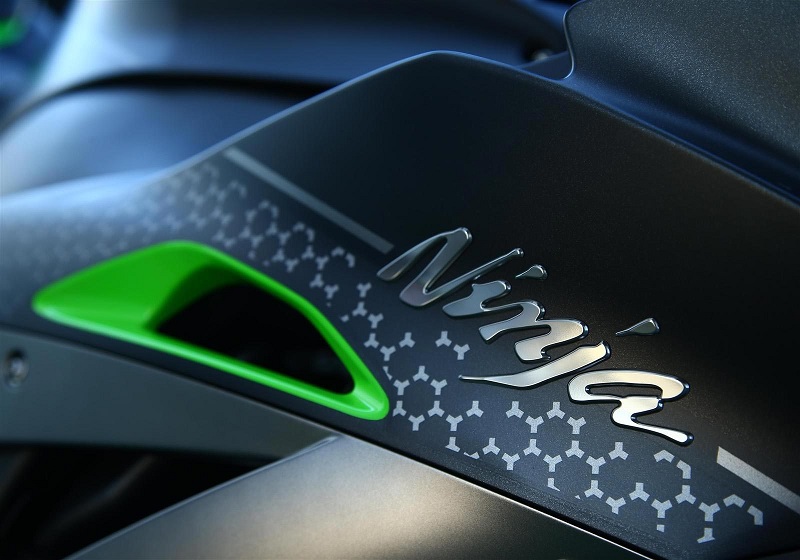 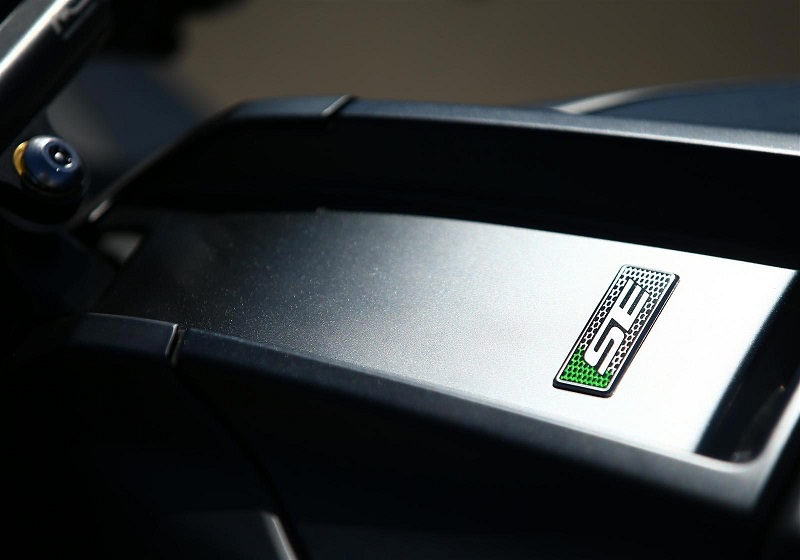 These sensors measure the ever changing movements of the fork and shock internals, once every millisecond, and send the information back to the 2018 ZX10R SE’s inertial measurement unit (IMU). The IMU then sends that information to the ECU, which uses a series of solenoids alter the bike’s damping settings in real time, as you’re riding. And just when you thought you were the suspension master because you can replace your own fork seals… Anyway, there’s talk on the wire that these Showa units may even put some Öhlins suspension packages to shame…but that’s down to individual preference. 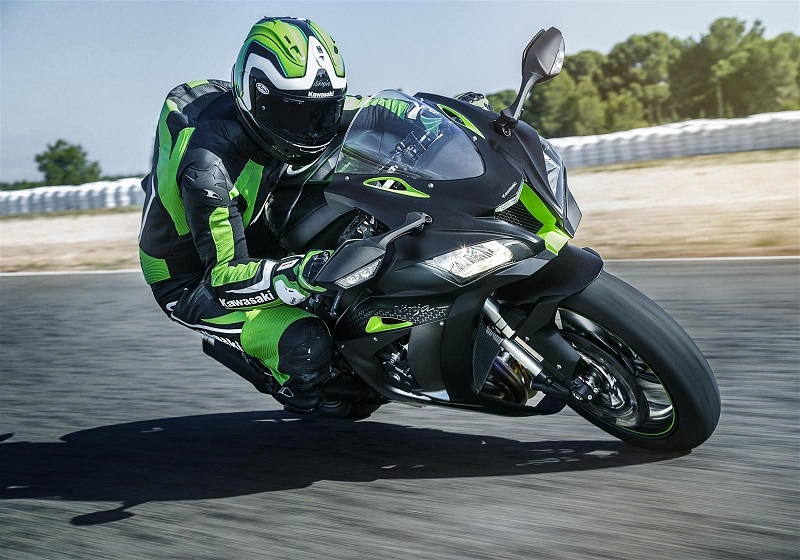 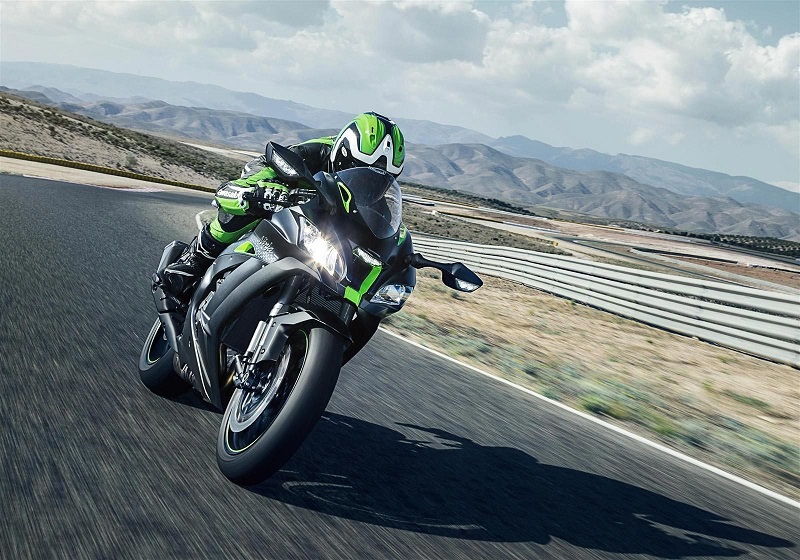 The next significant upgrade on the 2018 Kawasaki Ninja ZX-10R SE comes in the form of a set of new forged aluminum wheels that are more commonly found on the ZX-10RR homologation special, which offer a more nimble ride experience whilst trying to keep the bike’s overall weight down. The addition of electronic semi-active suspension added some unwanted weight onto the ZX-10R SE, but even the addition of lightweight wheels was unable to offset much of the beasts 459 lbs. 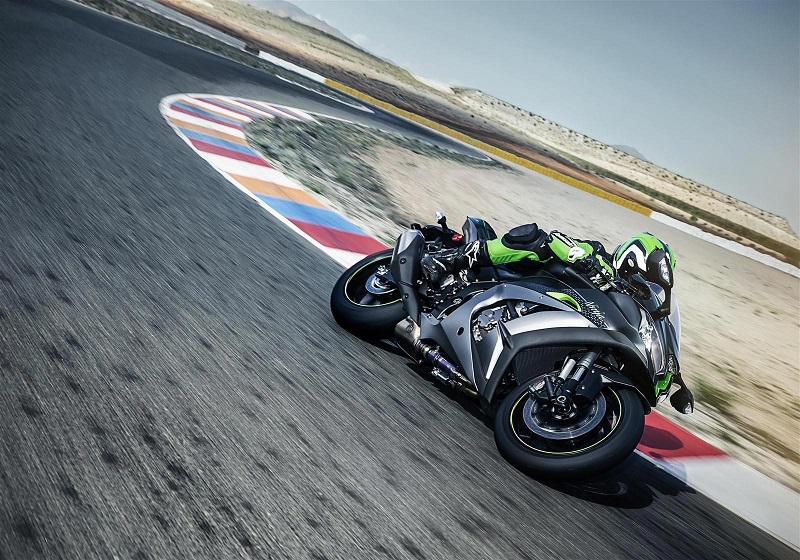 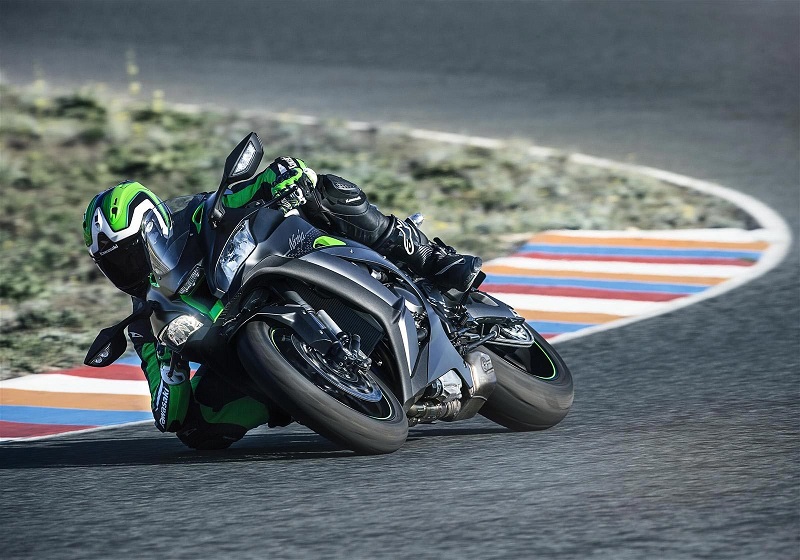 It’s heavier, but it isn’t at all more powerful either. The usual 998cc engine still produces the same quoted 197.3 hp as the standard model, but to make up for the lack of a power boost, Kawasaki have treated the ZX-10R SE with the same up-and-down quickshifter found on the ZX-10RR, for gear changing ease. 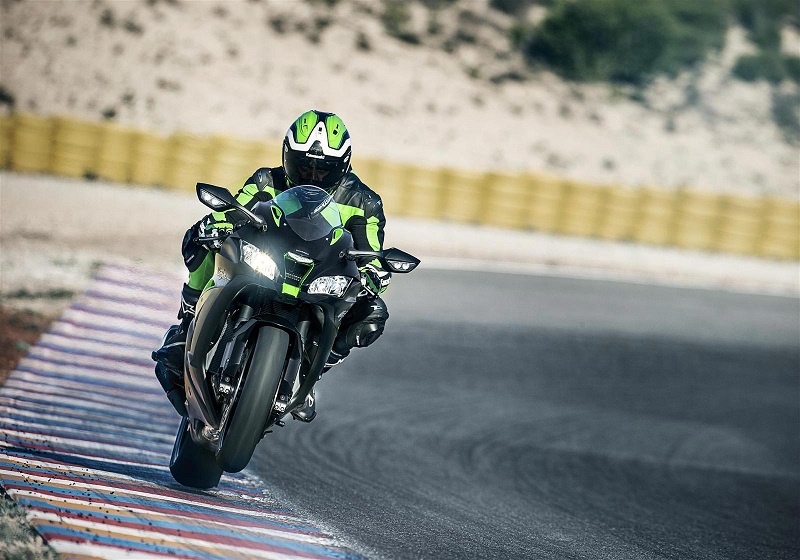 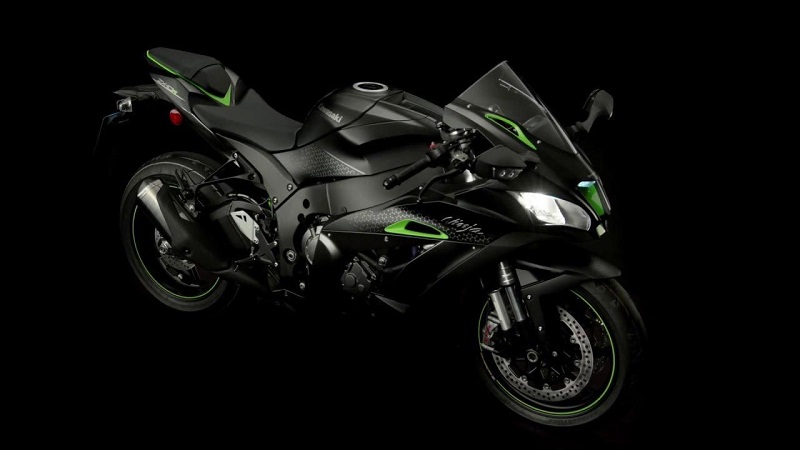 Color options are limited to Metallic Flat Spark Black and Metallic Matt Graphite Grey…but if you want something special for your ZX-10R but don’t feel like shelling out on the SE version, here’s something that might interest you: 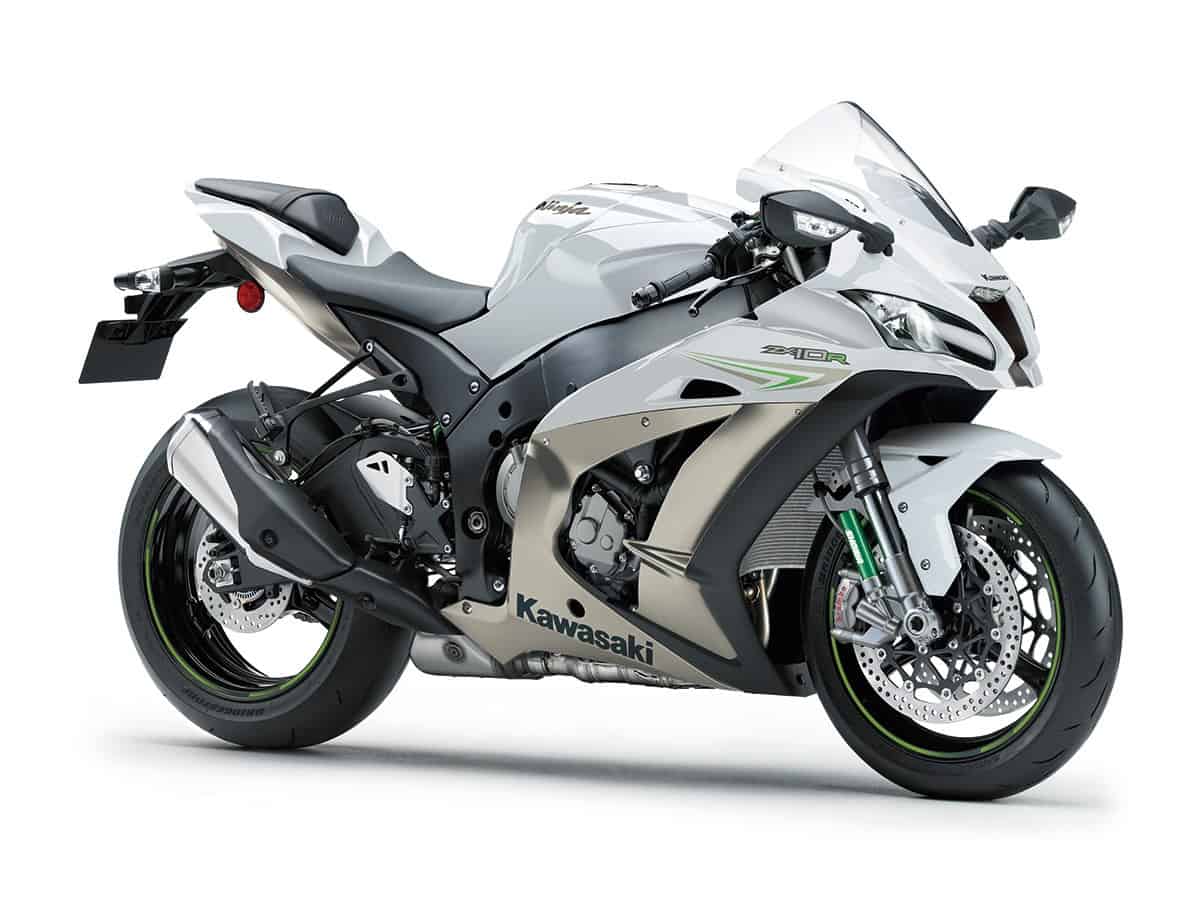 Kawasaki has added a new color option for the new ZX10! If you’re tired of seeing the usual Kawasaki Lime Green, then perhaps you’ll be tempted by the Pearl Blizzard White and Metallic Flat Raw Titanium that will be on offer from next year. The new livery is a welcome addition to the lineup – some people love the existing Lime Green and Ebony paint scheme, but others aren’t so pleased with it. For me, the green is one of my least favorite things about Kawasaki bikes. It’s not the color really, it’s more to do with the lack of options. Kawasaki are here to right that wrong!

The brand new livery is visually stunning and comes with a few neat styling accents. Most of the 2018 ZX10’s bodywork panels are painted with the Pearl Blizzard White, save for the lower fairing which comes in a striking Metallic grey, and in places the white has been given a few cool graphic details. There are new green Kawasaki details on the front, and the front fork’s nitrogen reservoirs have also been given the classic Kawasaki green treatment. It seems like we can’t escape the green completely, however, it really works here. 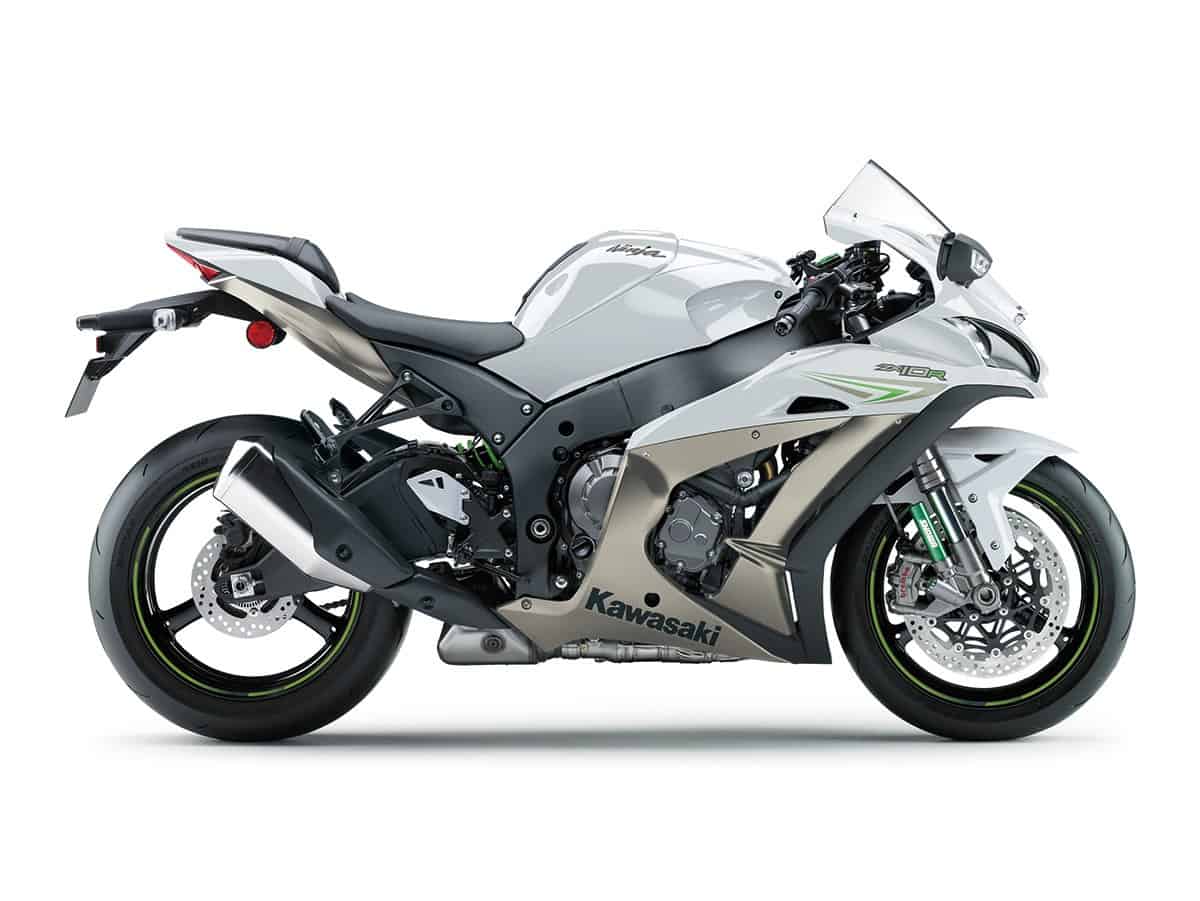 As for the specs, pricing and availability, we’ll just have to wait and see! The current edition of the ZX10 has received critical acclaim all over the world, and we expect the new model to do even better!


10 Cities Where Your Motorcycle is Most Likely to be Stolen
The Mercedes MSC 1R Supercharged Concept
The KTM AX Buggy Concept
Take A Look At The Luxurious 2015 Ducati 899 Panigale
Ducati’s New 939 SuperSport: To Buy Or Not To Buy?
Stream The Pikes Peak International Hill Climb Over The Web!