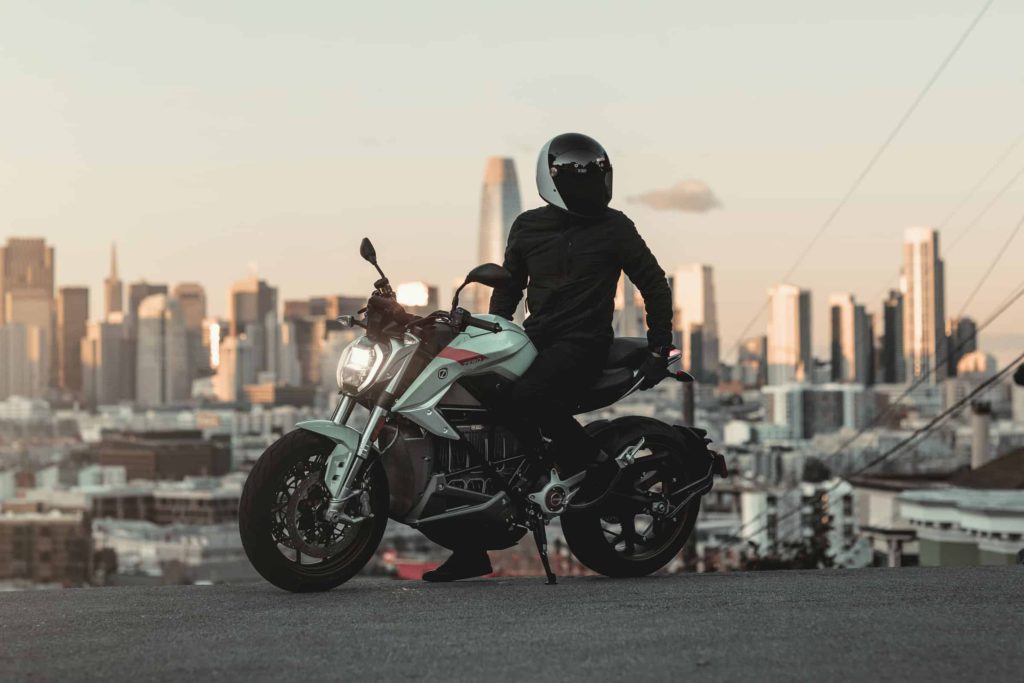 Here at AutoWise we’ve had an interest in Zero Motorcycles for some time now. We even have a whole page dedicated to all things Zero. This comprehensive company overview traces the pioneering electric motorcycle maker from humble beginnings as a one-man operation with a cobbled-together “frankenbike” in Santa Cruz, Calif. in 2006, to today being a global industry leader with a range of sleek machines and a presence on four continents.

We recently caught up with Dan Quick, Director of Communications for Zero Motorcycles, for an update on both his company and the broader “e-moto” market in the U.S. 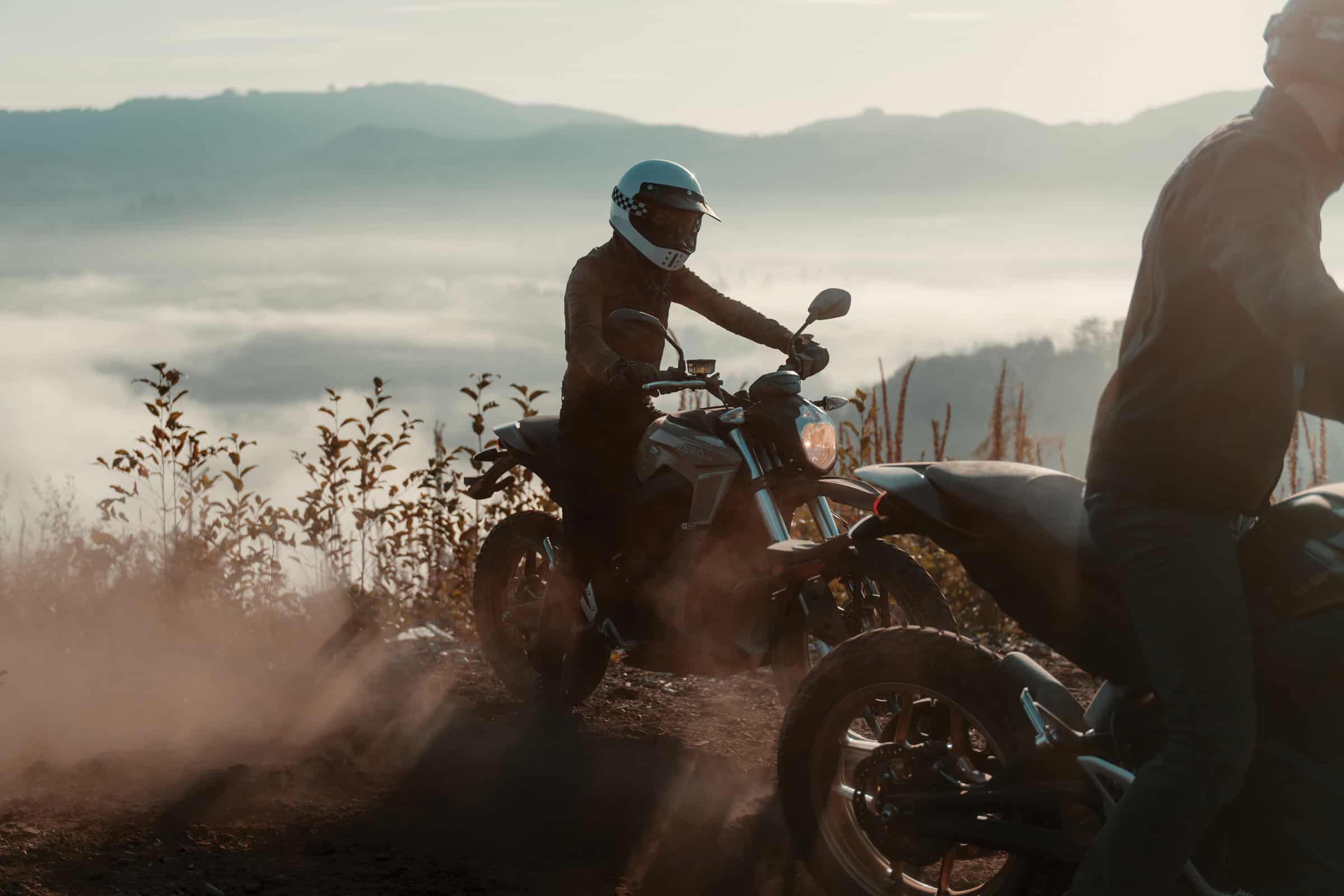 The very concept of what is considered “sustainable” has changed over the lifetime of Zero Motorcycles, which released its first volume production model in 2010. Automobile manufacturers of all stripes are striving to “go green.” This, combined with the development of lithium-ion batteries with high output per charging, has made electric motorcycles a much more viable reality to many consumers in multiple markets.

“The market is thriving,” said Quick. “At Zero Motorcycles, we’ve been seeing even our aggressive growth targets appear conservative after the fact year after year.”

“The powersports industry, as a whole, is mostly flat since the 2008/2009 subprime mortgage collapse. EV’s, however, we have been seeing a once-in-a-lifetime exponential growth over that same time period and Zero Motorcycles has been following that trendline.”

Government incentives to automakers who produce electric vehicles, and to individuals who purchase them, have further encouraged this trend. For example, in the U.S. the E-Motorcycle Federal Tax Credit, also known as the 2-wheeled plug-in tax credit, was included in the Tax Extender and Disaster Relief Act of 2019. This includes a 10% credit (up to $2,500) on 2- or 3-wheeled electric vehicles.

Additionally, U.S. taxpayers will once again qualify for a 30% rebate (up to $1,000) on costs associated with the installation of an EV charging station like Zero Motorcycles’ Zero Quick Charger. Both these credits had expired at the end of 2017, but are now available through the end of 2020, and retroactively to cover e-motos and charging stations purchased in 2018 and 2019. 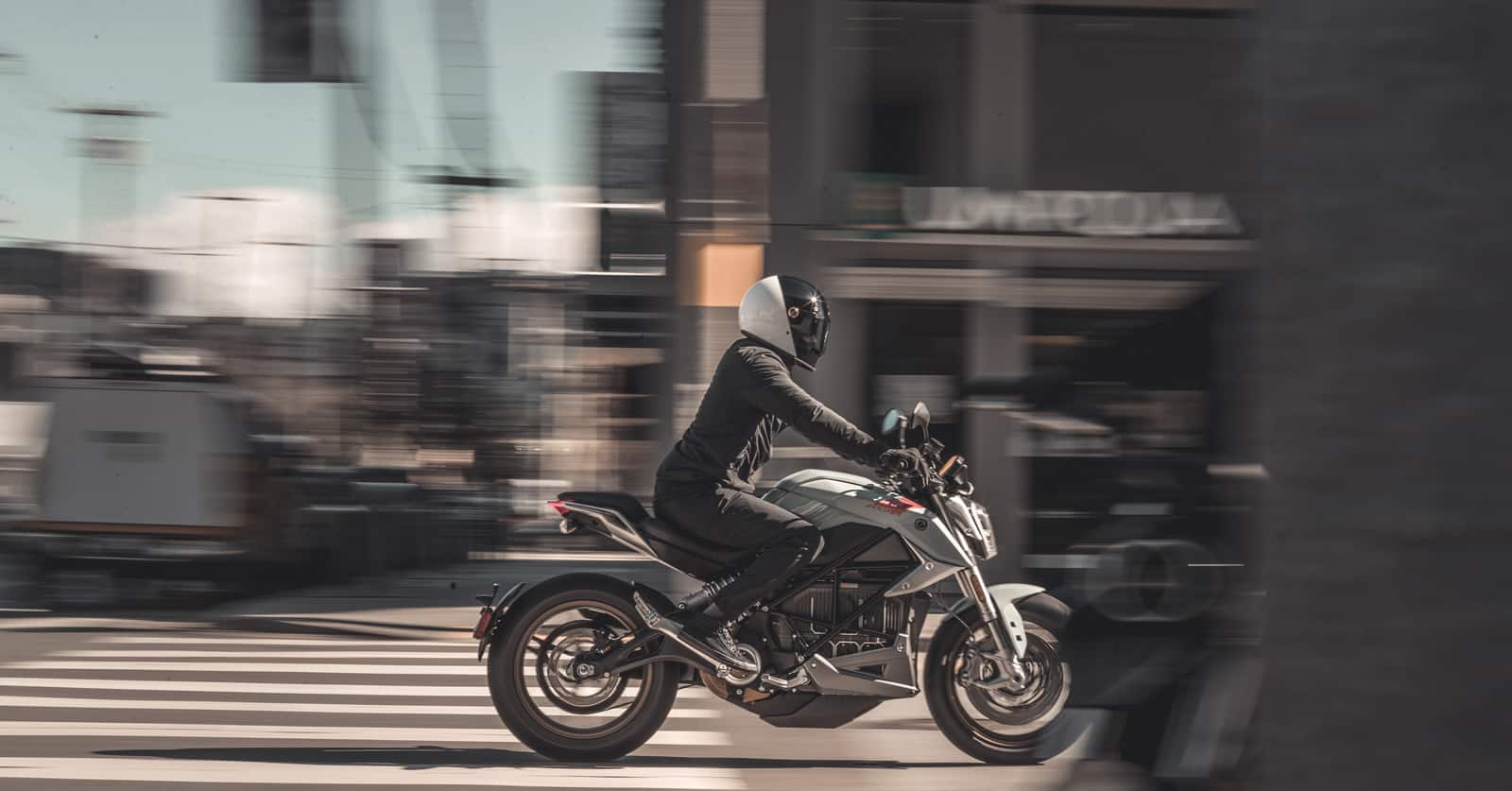 According to a March report by Transparency Market Research, the total worth of the global electric motorcycle and scooter market is expected to exceed $14.29 billion by the end of 2027, with a formidable compound annual growth rate of 7.1% between 2019 and 2027.

“There used to be a time when certain benchmarks were expected to be met before electric motorcycles ever really ‘made it’ and those tended to revolve around specs like going 100 mph, getting 200 miles of range, and charging in an hour,” Quick explained.

“Zero has met or exceeded all of those features, some of which in models that have been out for over five years, even … [But] the industry as a whole still uses relatively new technology. Therefore, we continue to introduce technology, range, and performance boosts to each model year.” 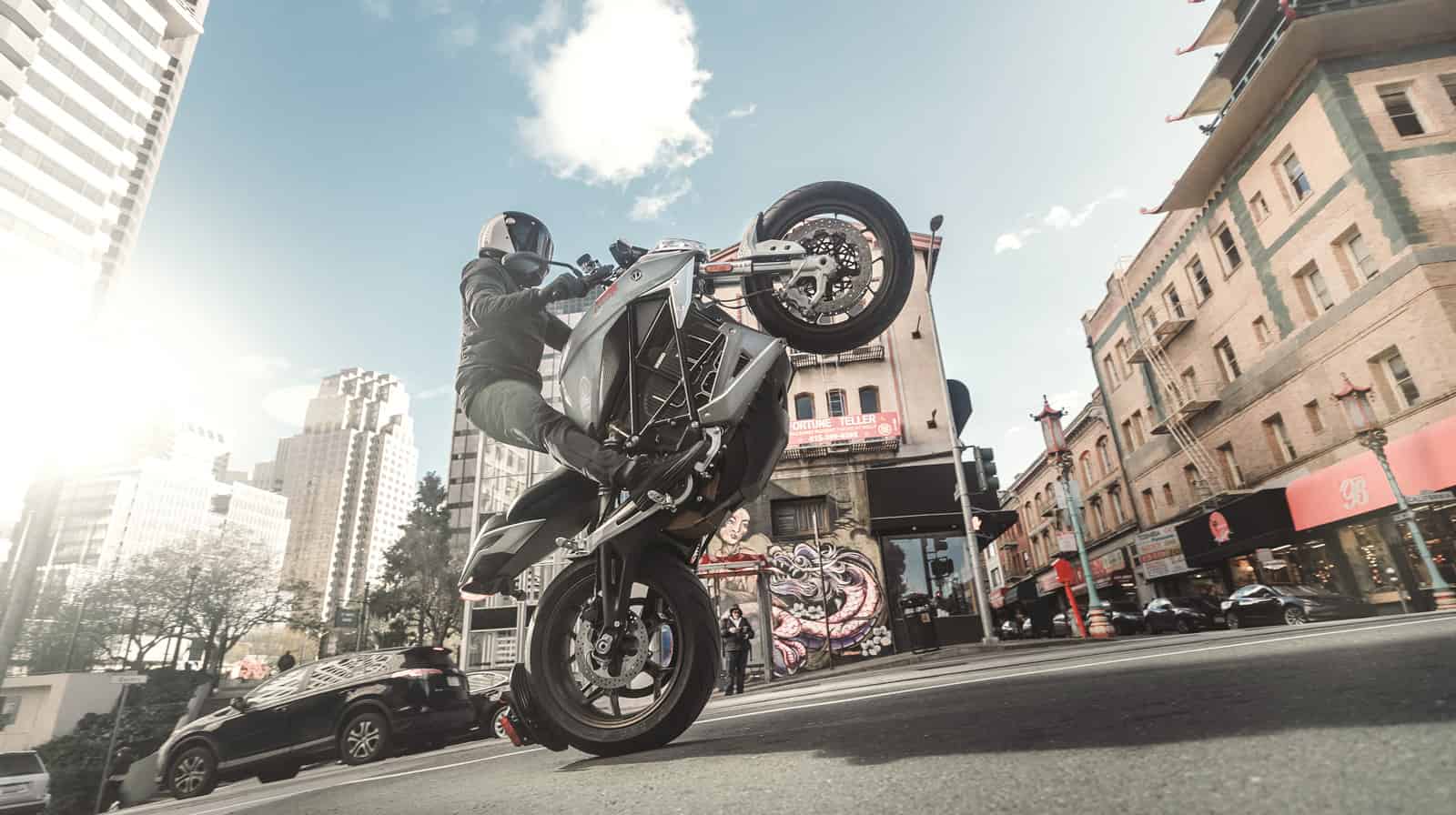 Originally called Electricross, Zero Motorcycles is the brainchild of aeronautical engineer and inventor Neal Saiki. The first Electricross bike, “The Drift” motocrosser, boasted twice the power of a Honda CRF150, yet weighed 100 pounds less (largely thanks to a super-lightweight aluminum frame) and was, of course, near-silent.

Zero’s initial focus was on off-road bikes, and for good reason. E-technology at the time only allowed for low top speeds and battery range, but these were largely irrelevant to off-roaders. And e-bikes like the Drift and its successor the Zero X (Electricross changed its name to Zero Motorcycles in 2007) offered instantaneous power while being eco-friendly and quiet enough to avoid complaints from nearby communities while off-roading.

By 2008, Zero had expanded into a new building and had 25 employees. A strategic partnership with capital market investment company Invus LP facilitated an innovative new generation of e-motos. These benefitted from Zero’s revolutionary “Z-Force” electric powertrain and a lightweight aerospace aluminum frame.

In 2010, Zero began volume-shipping its Zero S – the first mass-produced electric street motorcycle. Today, Zero Motorcycles offers a range of five astonishingly capable and practical street bikes, and four dualsport bikes. These include the Zero SR, which AutoWise’s Joe Appleton dubbed “probably one of the most useful electric motorcycles out there” in his 10 Motorcycles That Should Convince You To Buy An E Motorcycle! article. 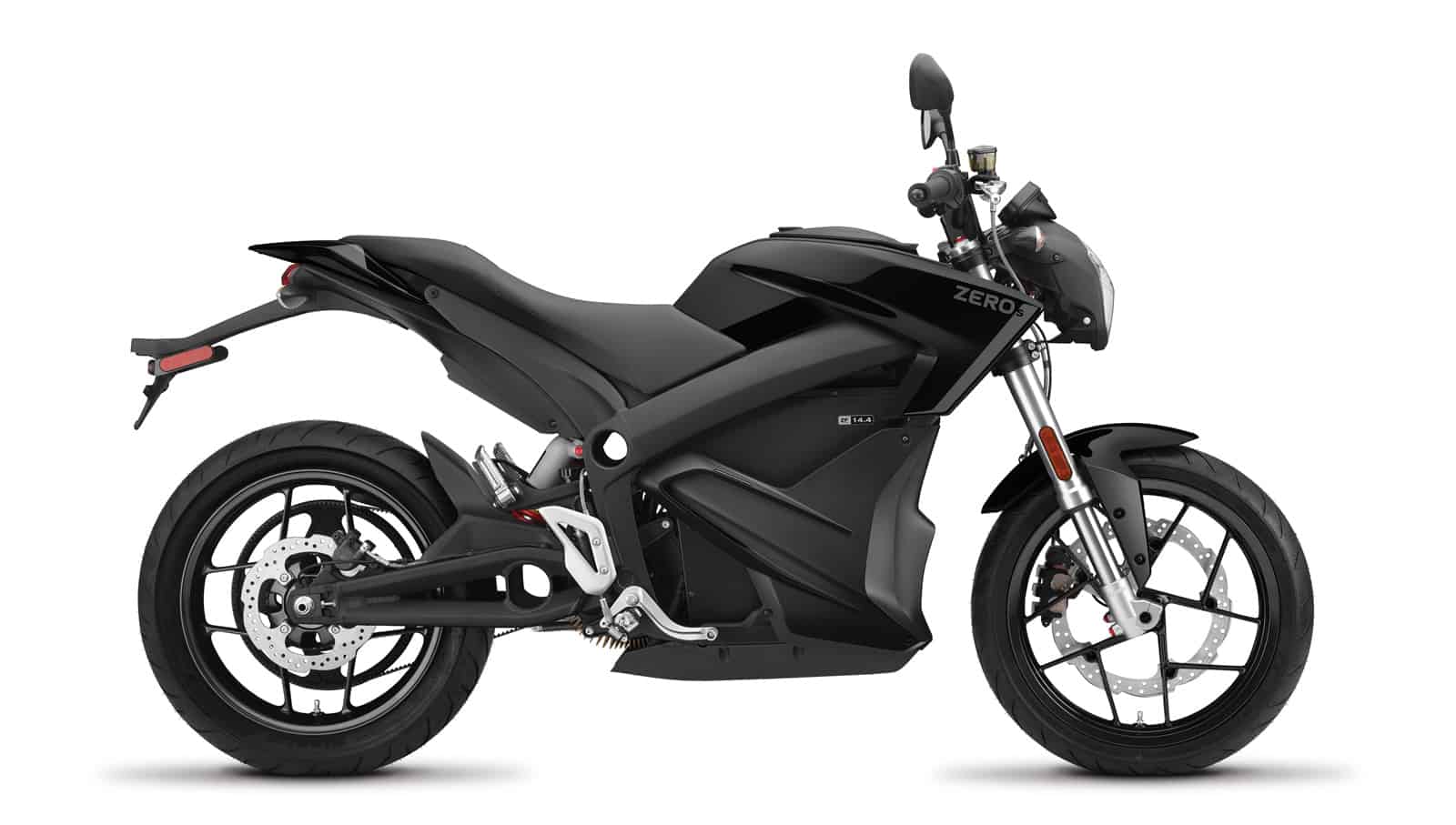 According to Quick, Zero currently employs “a few hundred” people at its Scotts Valley, Calif. headquarters, and “another couple hundred” in its European office in Alkmaar, the Netherlands.

“Since being founded in 2006, Zero has put more electric motorcycles on the road than all other manufacturers combined each year – and that’s going to repeat again in 2020,” said Quick. “Zero Motorcycles’ consistency, performance, and longevity serve as a bedrock for the ever-growing electric motorcycle market to be built from.” 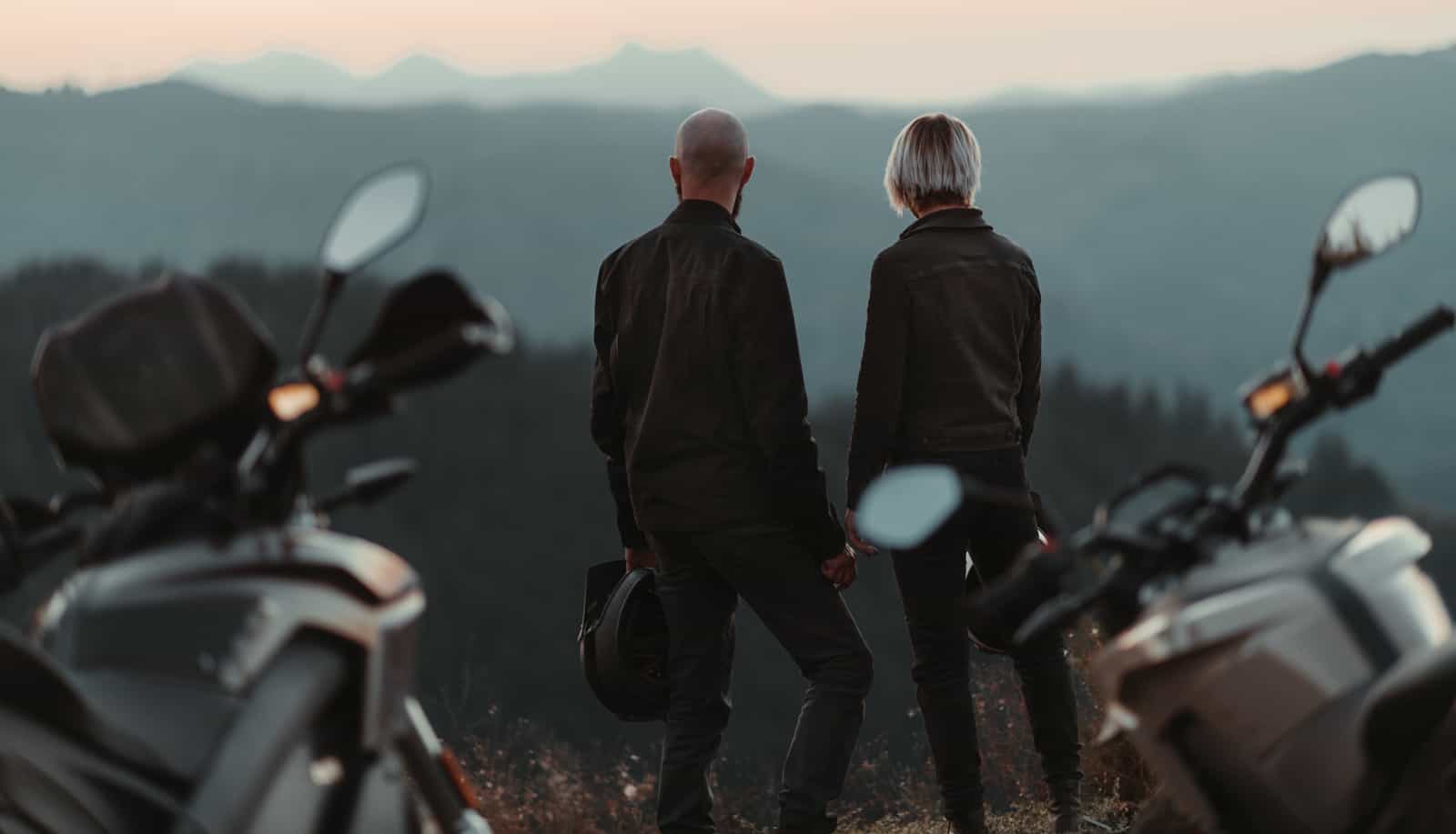 Quick explained that owners of Zero Motorcycles tend to fall into one of several categories. Each of these in itself says something about the current position of e-motos versus traditional internal combustion engine (ICE) motorbikes.

The first of these categories is defined by Quick as “enthusiasts.”

“This rider has owned bikes for years and probably has more than one in the garage and chooses to add an electric to their fleet so naturally chooses a Zero,” he said. “The one thing I find interesting about this rider is his or her Zero tends to migrate toward the front of the garage and the previous pick of the ICE litter begins to attract a little dust in the back.”

“This person likely grew up riding but chose to stop for some event, maybe the birth of a child or maybe he or she laid down a bike,” he continued. “They’re a bit older now, have a bit more disposable income, and are ready to hop back into the scene. The effortless experience, low maintenance, and virtually nonexistent cost of ownership … appeals to him or her immensely.”

The third-largest group of Zero buyers is early adopters, which encompasses what ICE motorcycle manufacturers have traditionally termed “non-riders.”

“This person loves to be on the cutting edge, is keen to try out the latest and greatest in any field, and isn’t afraid of new or emerging technologies,” said Quick. “I personally love this group because while the legacy companies don’t currently have anything that appeals to him or her, Zero Motorcycles are exactly what this rider has been looking for but simply didn’t know about it.”

Zero Motorcycles also produces a line of e-motos for police and security use. Based upon standard models, these are additionally outfitted with police lights, sirens, crash bars, and storage accessories. Starting with Zero’s local police department in Scotts Valley, there are now more than 80 police and parks departments in the U.S. using Zero bikes, and global police forces from Hong Kong to Colombia have followed suit. 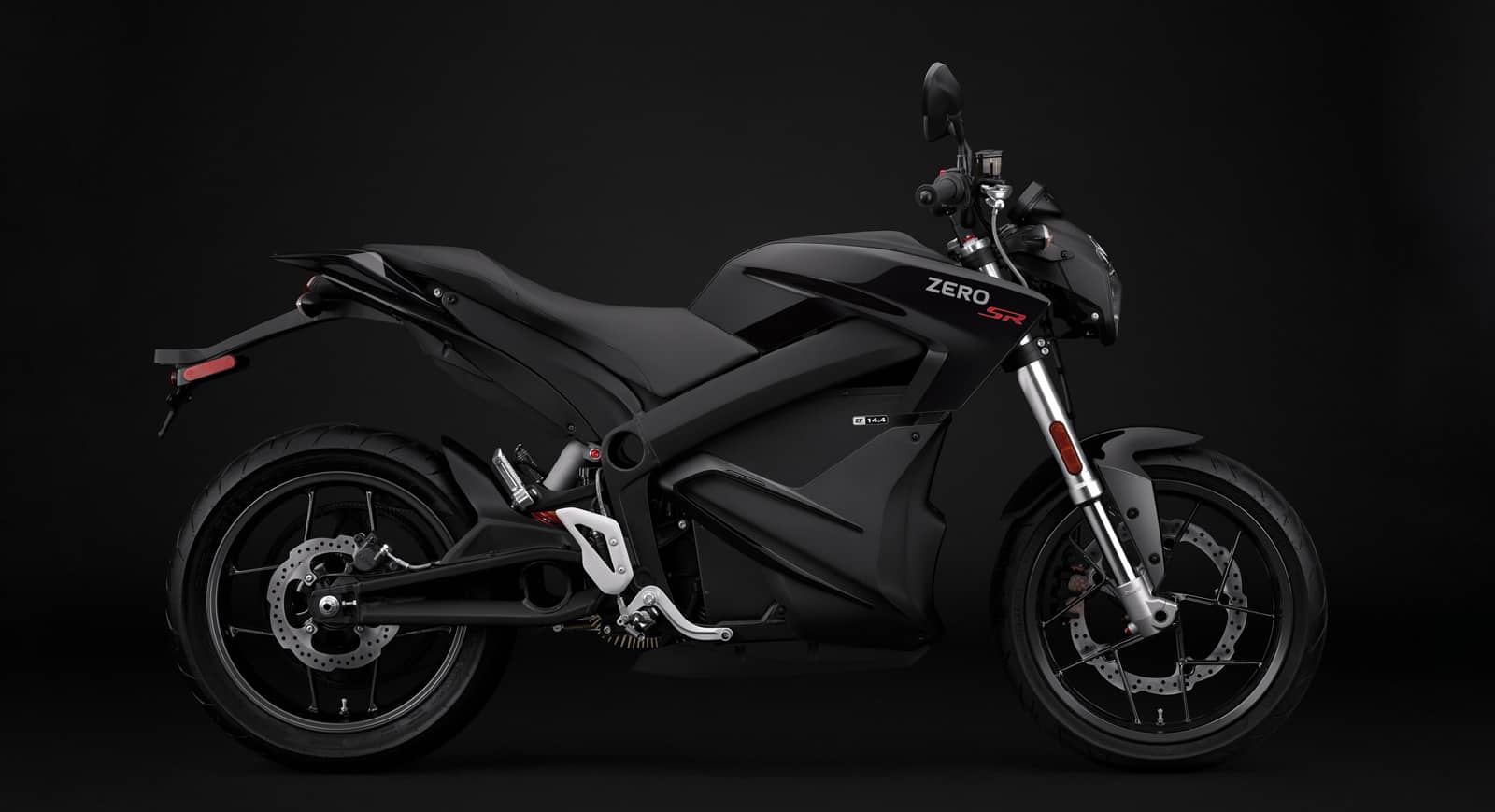 Electric motorcycles are still viewed by many prospective buyers as being prohibitively expensive. And while that remains ostensibly accurate – the Zero SR, for example, lists for more than twice the MSRP of a Suzuki SV650 –, Quick contends this is only part of the equation.

“On the entry-level motorcycles, yes, you can expect Zero to be about 15% or so more than their nearest premium gas equivalents,” he said. “However, when you consider a model like the award-winning SR/F, for example, you get 140 ft.-lb. of torque, 110 hp, and all comfortably under 500 lbs.”

“To find that along with Bluetooth and cellular connectivity, Bosch Advances Motorcycle Stability Control, customizable ride modes, and all of its other class-leading features in the gas realm, you’re going to be spending substantially more than what it would cost for a brand new SR/F.”

And then there’s the substantially lower cost of ownership of an e-moto compared to an ICE bike. This time last year YouTuber Clay Bearman posted an interesting video comparing the real-world costs of riding his Zero SR versus what he calculated would be those same costs with a comparable gas-fueled motorcycle. He concluded that over five years of ownership he’d save around $1,500 in fuel alone, not to mention other costs associated with internal combustion engines (oil, spark plugs, etc.). 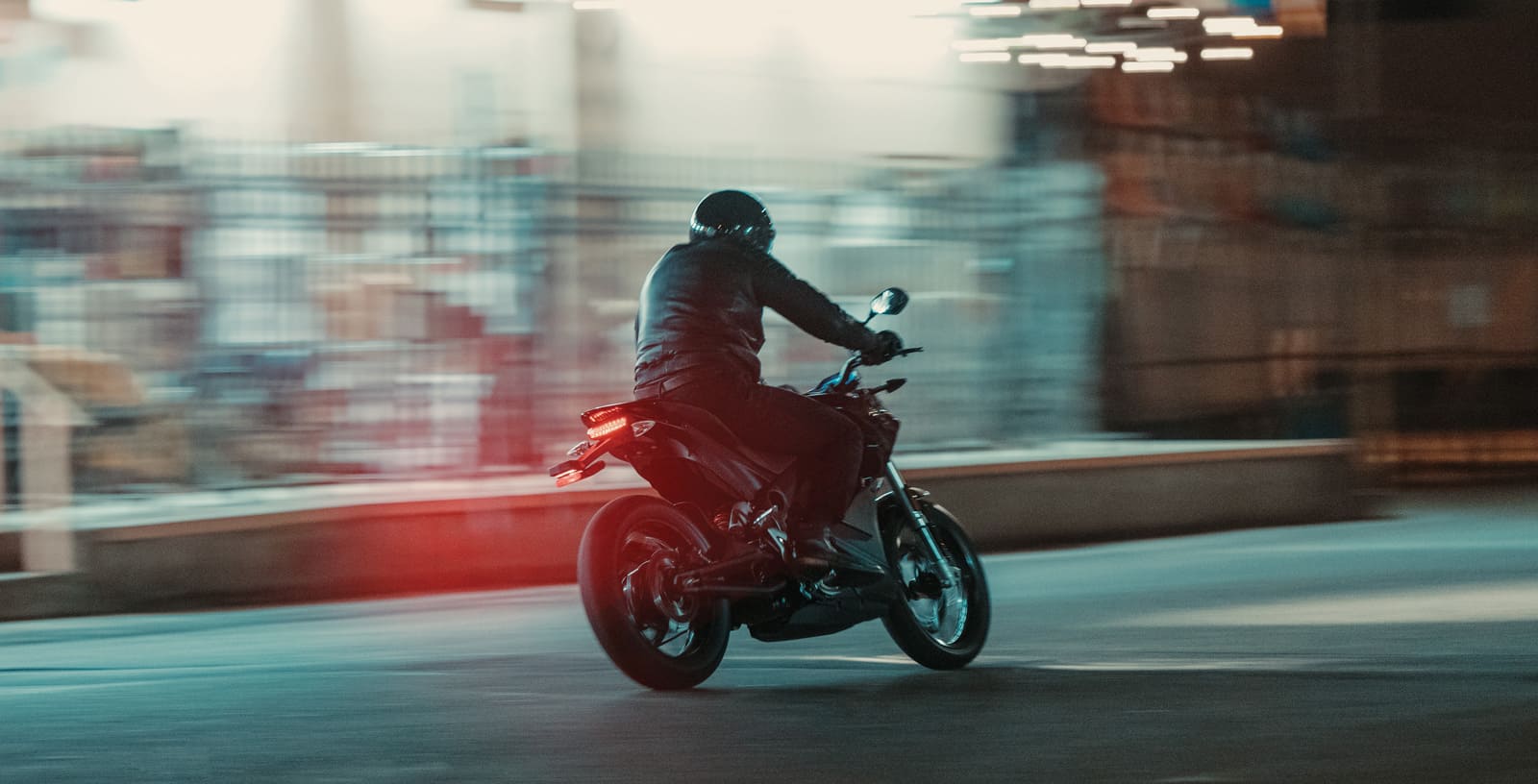 So while cost-of-ownership savings may not yet completely cancel-out the additional purchase price of an e-moto compared to an ICE bike, there will come a day quite soon when this will indeed be the case.

And the environmental significance of the zero-emissions from Zero Motorcycles should not be underestimated. Because, as AutoWise’s Nick Schoeps detailed last month, while motorcycles comprise less than 1% of transportation in the U.S. and typically have much smaller engines than cars, they can actually produce more harmful chemicals than four-wheeled vehicles.

This is because modern engine control and closed-loop catalytic exhaust systems eliminate many greenhouse gases from cars. But motorcycles, in large part because they’re such a small fraction of transportation, have not been subject to such regulation. Additionally, existing catalytic systems are too large and restrictive to use on motorcycle engines. So, as Shoeps explains, a 1993 Honda Shadow VX600 motorcycle, despite only having a 583-cc engine, spews out twice as much CO2 as a new Honda Civic. 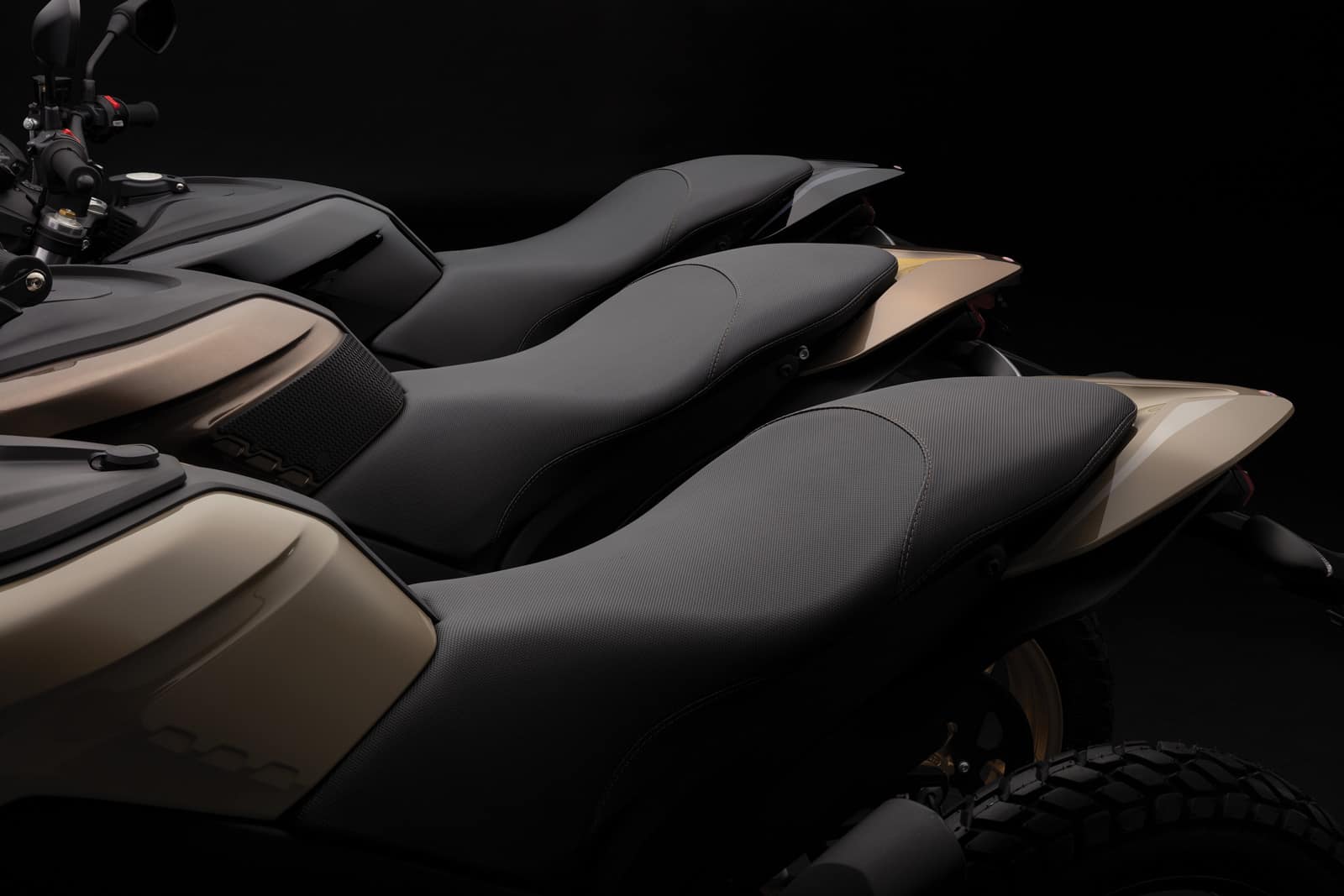 Zero Motorcycles now has an extensive dealer network across much of the U.S. and a presence in 14 other countries, including Canada and the UK. The company opened its first dedicated, Zero-only dealership in North America in Orange, Calif. in 2018.

“The hockey stick growth this space has been enjoying can’t be entirely because of what Zero has accomplished, but it’s also impossible to say it would ever have happened without Zero, either,” said Quick. “I know I speak for the entire firm when I assure your readers we plan to keep our throttle down as we innovate new ways to give riders unparalleled experiences on electric motorcycles well into the future.”

While the e-moto scene is currently dominated by relatively new companies like Zero, established marques like Austria’s KTM are producing at least off-road e-motos. Harley-Davidson released its first electric vehicle, the $30K LiveWire, in 2019.

The Japanese “Big Four” motorcycle manufacturers – Honda, Suzuki, Yamaha, and Kawasaki – have to date been hesitant to fully enter the field, but last year announced a consortium to work together towards standardizing replaceable battery tech for electric motorcycles.

Perhaps surprisingly, Quick insisted that Zero Motorcycles would welcome competition from the Big Four, and indeed anyone else.

“The reality is that more attention to Zero’s space is always a good thing. While we enjoy our virtually peerless position in the electric space, we never thought for an instant we’d always have this market to ourselves forever,” he offered.

“That said, while there has been and will continue to be more competitive entry from the gas incumbents, we’ll always be different. That’s because Zero doesn’t have legacy ICE revenue to fall back on as it ‘dabbles’ in electric. This is all we do, this is existential for us. We absolutely require ourselves to make the very best electric motorcycles on the road.” 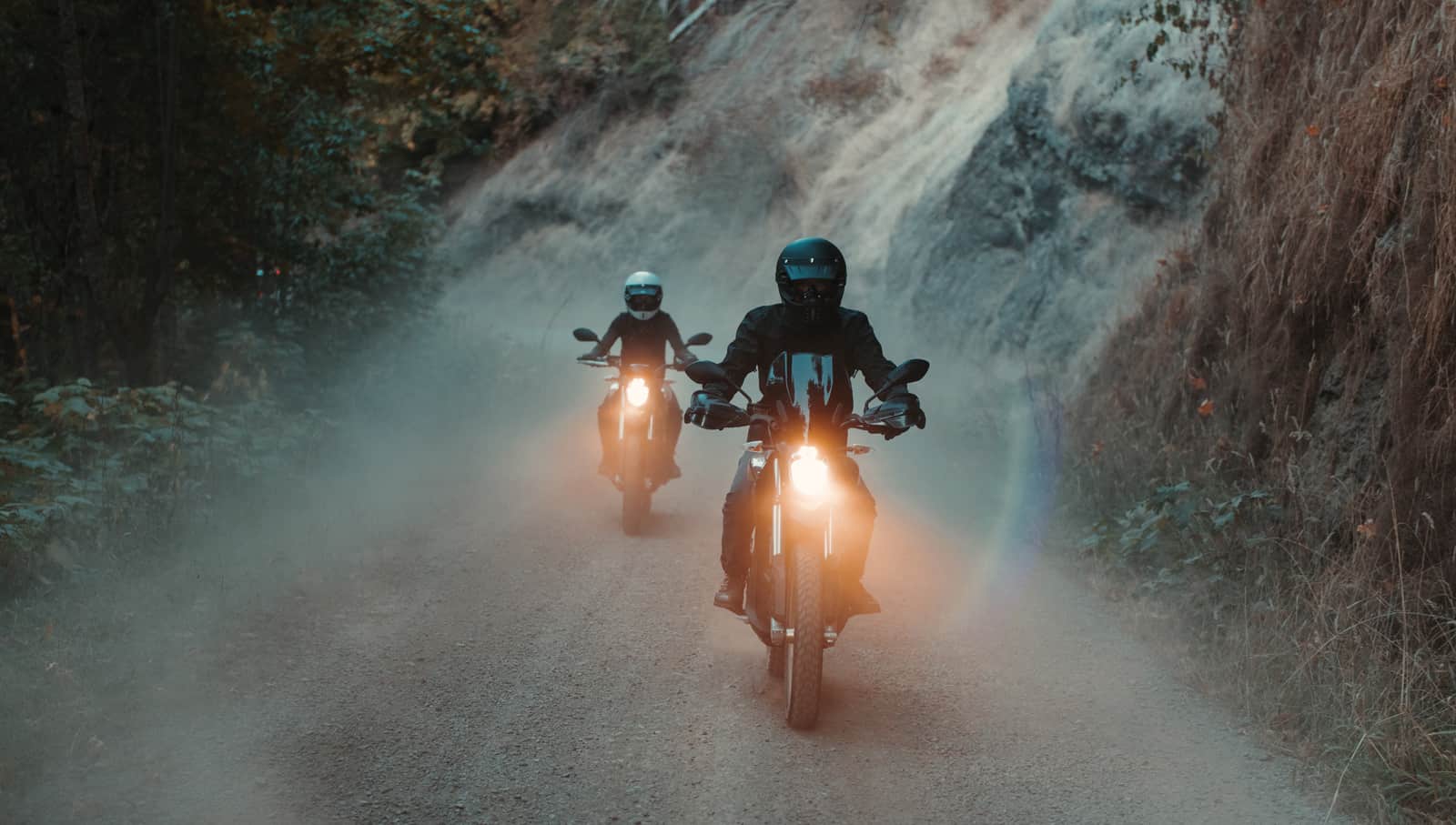 Throw a Leg Over an E-Moto Yourself

In the meantime, Zero encourages the curious to experience its bikes for themselves with a test ride through a dealer.

“The primary reason is to experience the nearly indescribable sensation of being thrust through the air on such a responsive, high-performance, futuristic machine,” said Quick.

An innovative and pioneering concern from its inception, Quick only promises more of the same from Zero Motorcycles moving forward.

“I’d be lying if I told you we didn’t have anything groundbreaking to reveal in the future, but … your readers can be confident that every Zero Motorcycle is the class leader in its space, full stop.”

So are you ready to take a leap into the future of two-wheeling on an e-moto? A great place to start might by a test ride over at your local Zero dealer.