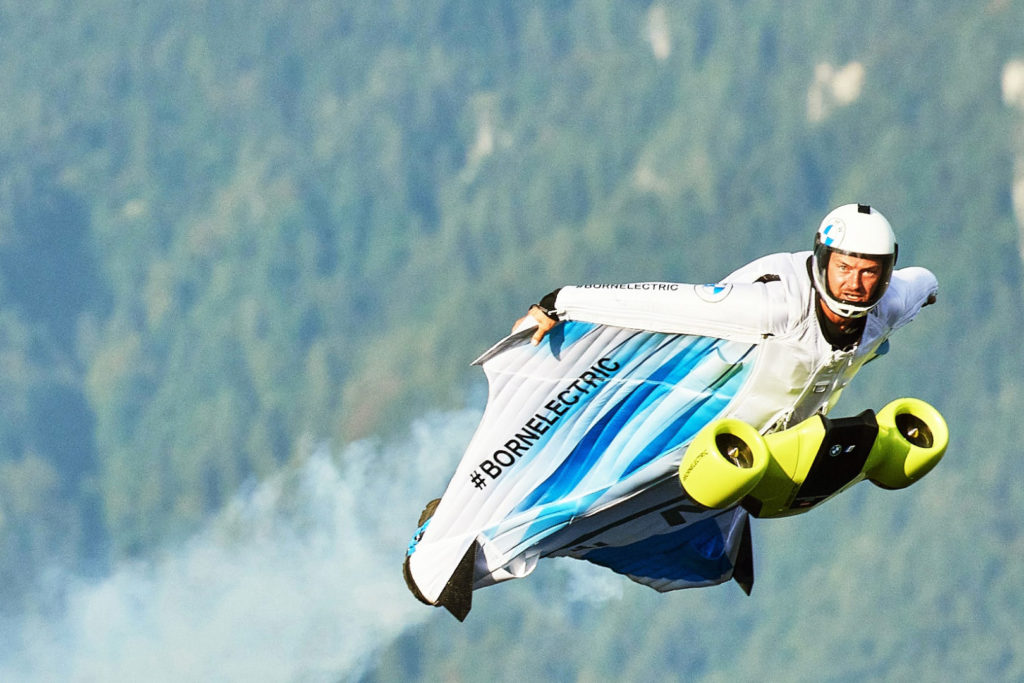 No, we do not yet live in a world where we all zip around town with our personal, zero-emission jetpack. BUT — we are closer than ever before. That’s because BMW just-released video of a functional, twin-turbine, all-electric wingsuit that was actually proven over the Austrian Alps. Check it out.

And sure, it’s definitely a publicity stunt — BMW proudly pins the tech to its soon-to-hit-Euro-showrooms iX3 SUV. But come on, rocket pack! 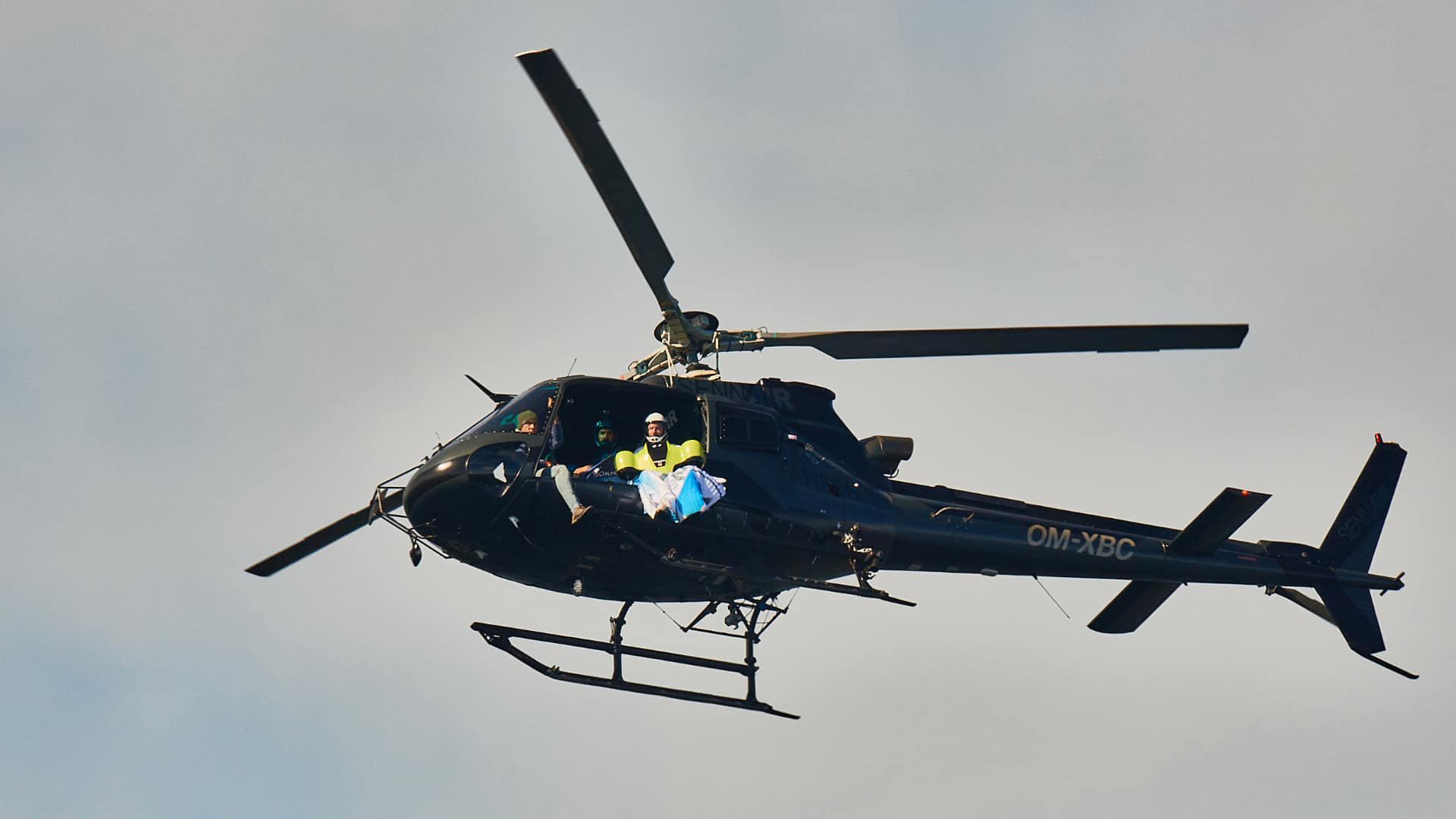 The Swiss pilot, 33-year-old Peter Salzmann, leapt from a helicopter hovering 10,000 feet above the “Three Brothers” mountain peaks in the Alps. According to BMW, Salzmann, an experienced wingsuiter and BASE jumper, glided ahead of a camera crew within 6 feet of jagged cliffs — preparing for his big moment. 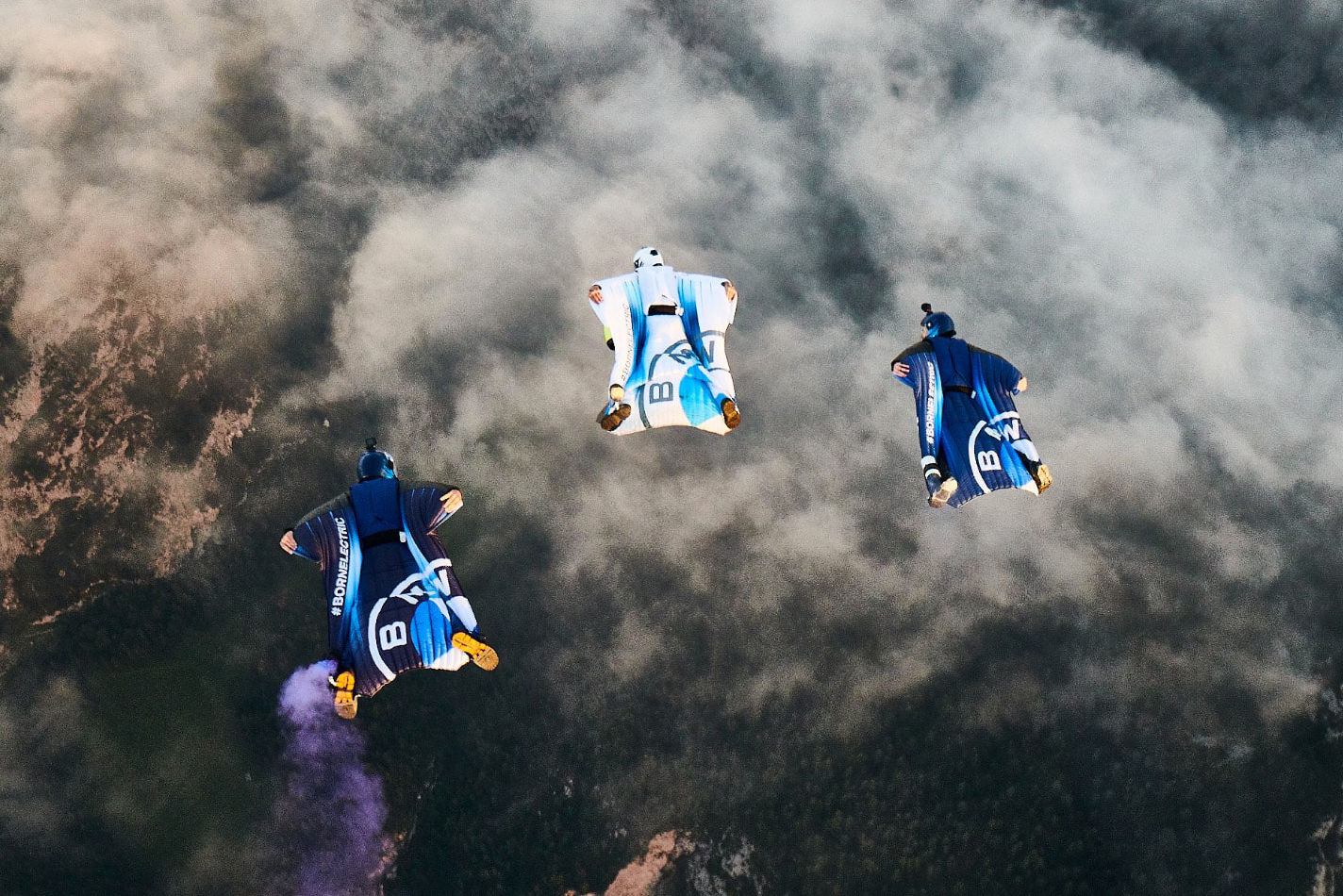 When the time came, he flicked a slider with his ring- and middle fingers, activating two carbon fiber and aluminum impellers. The electric engines — churning out 25,000 RPMs of power and no emissions — blasted Salzmann in an unprecedented upward arc. It was brief, but provided a glimpse of the solo free flight so many of us have dreamed about, inspired by the fantasy of cartoons and science fiction for decades. 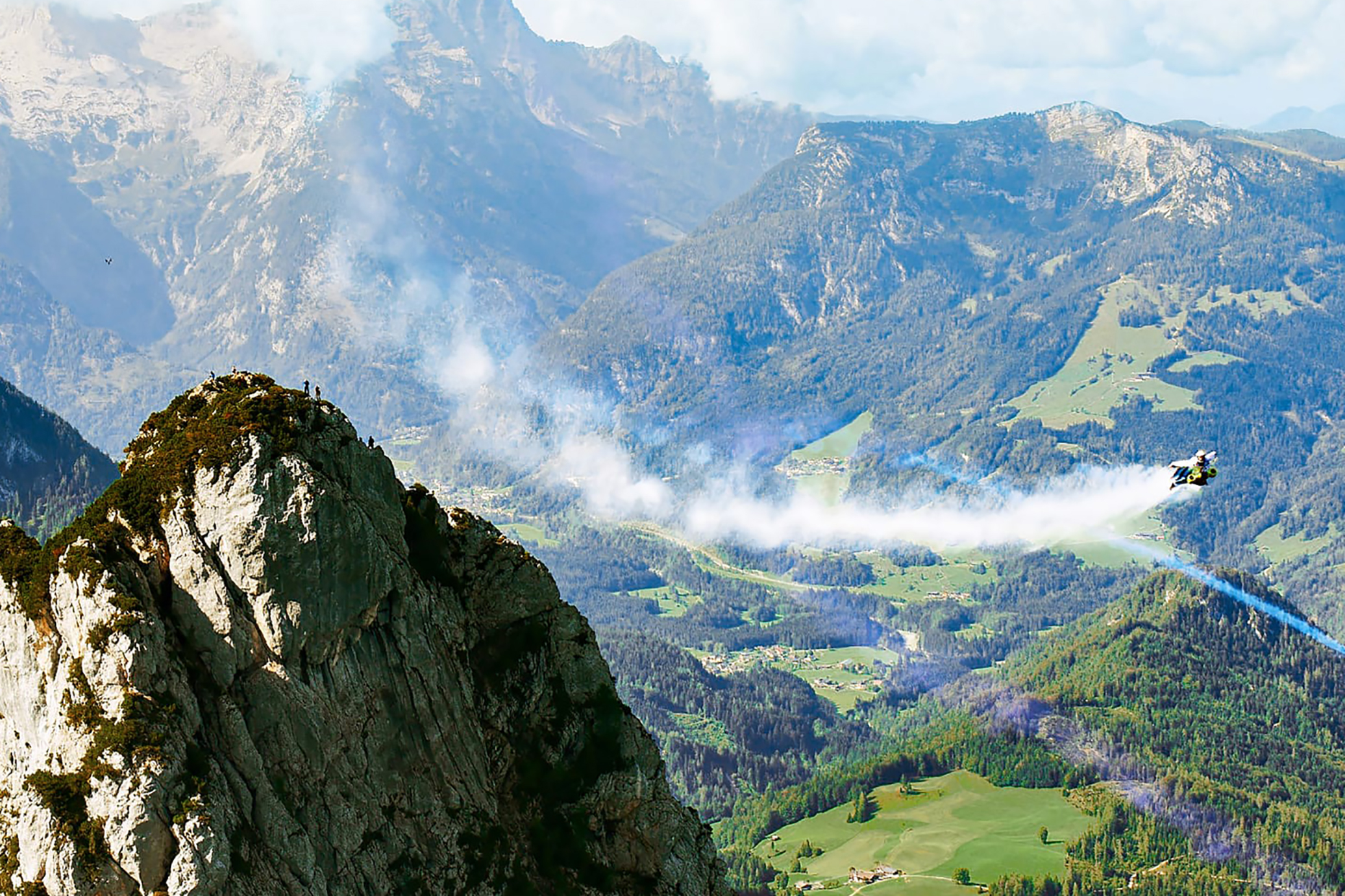 The BMW Electric Wingsuit power system was mounted to Salzmann’s chest for optimized aerodynamics. BMW’s thrusters ran off of a 50-volt, 15-kilowatt battery that helped kick out the setup’s 282 hp and 295 lb.-ft. of torque. With the battery and engines, the BWM Electric Wingsuit weighs in at about 26 pounds — not bad for a miniature jet!

“Our future-oriented approach with electric propulsion systems and innovative materials and technologies were a perfect fit for Peter Salzmann’s unusual but fascinating idea,” BMW’s vice president of brand experience Stefan Ponikva said. “Only an electric impeller is lightweight and agile enough to enable regular wingsuit flying and basejumping. Light enough to climb mountains with, agile enough to fly tight turns and maneuvers, and yet quiet enough not to disturb the purity of the flight.” 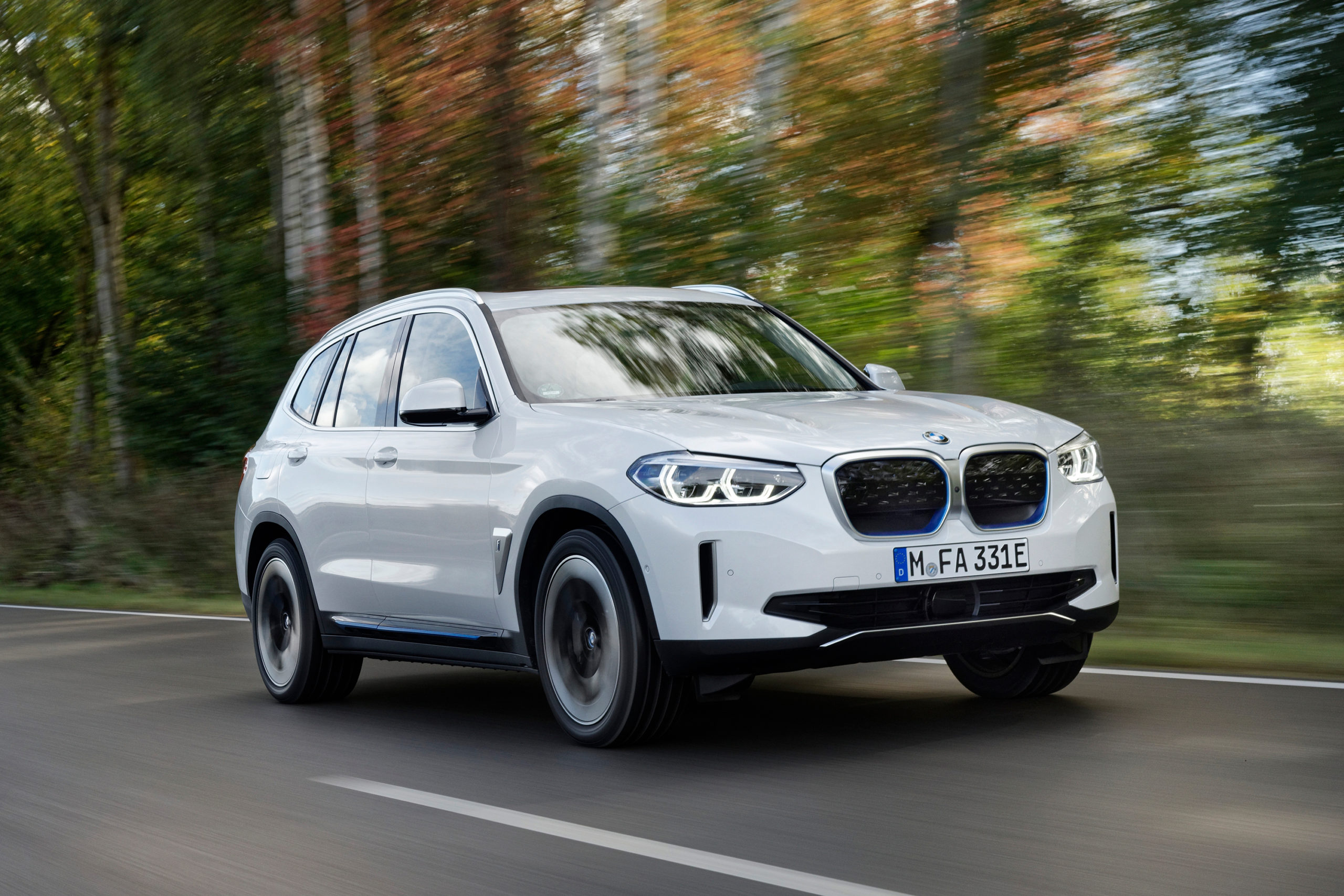 What’s more, BMW promises this EV — due to hit dealer showrooms this month — will go from fully discharged to 80 percent charged in 34 minutes. That translates to 60 miles of juice in just 10 minutes of charging, according to BMW.

But, like its Rocketeer wingsuit cousin, this car won’t be available — at least to North Americans. The iX3 will debut in Chinese and European markets this year. According to reports, BMW, like other automakers, is prioritizing its EV fleets on markets with more strict emissions standards. 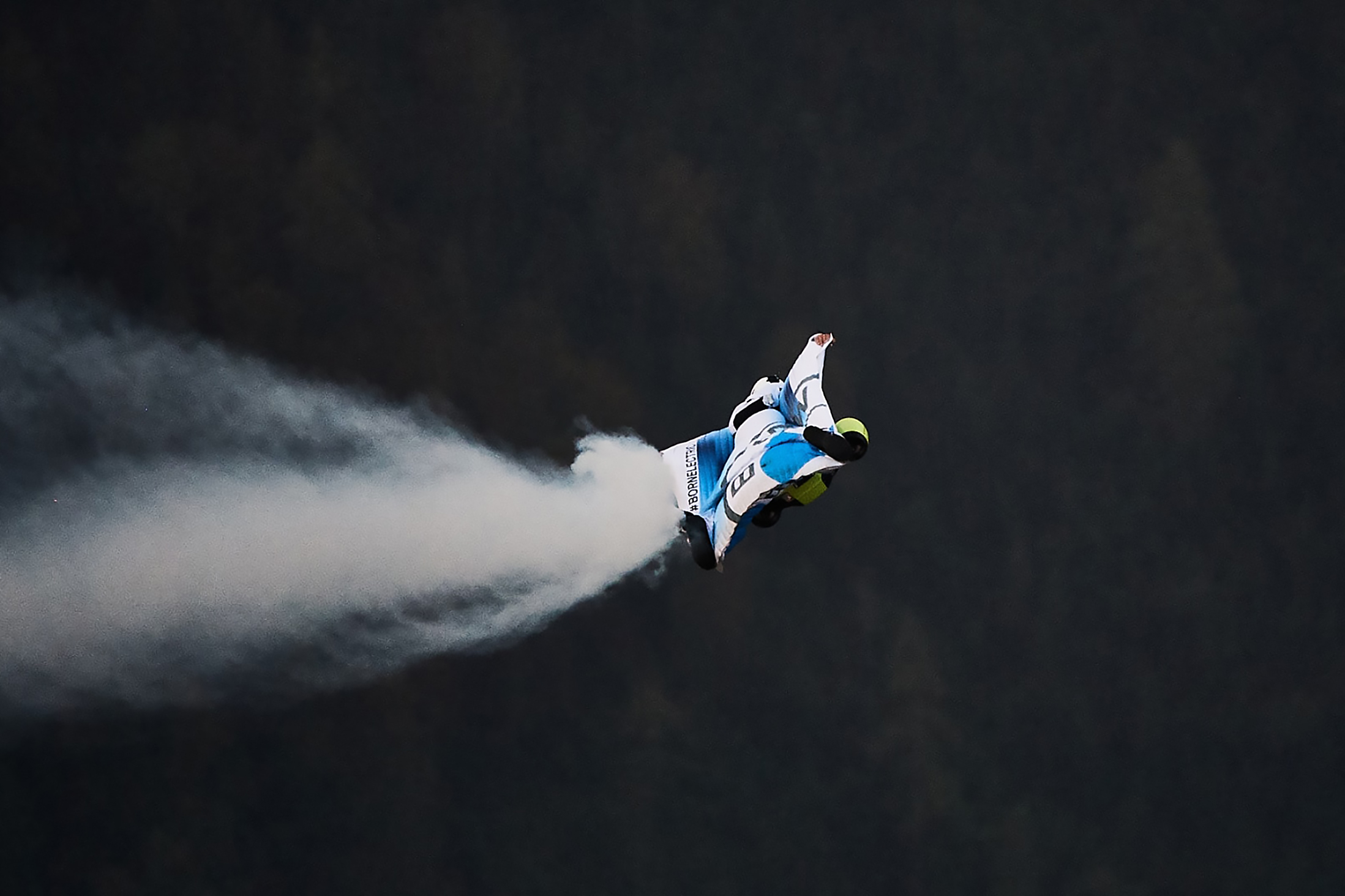 Impressive EV SUV aside, we want to see more e-rocketman! The BMW Electric Wingsuit is an impressive piece of engineering, that will no doubt garner more headline-grabbing attention in the future.


An In-depth Look at Subaru's Racing Beast - The Subaru BRZ G...
Why We'd Pick A Ram Rebel Over A Ford Raptor
The Best of Audi 2021
Deep Pockets Required: "Passion of a Lifetime" Auction Offer...
The World's Fastest “Stock” Dodge Challenger Hellcat Runs Ei...
13 Fantastic Gems You'll Be Able to Import to the US in 2018

Adam Ruggiero is Editor in Chief with GearJunkie.com and an all-sport activity junkie — from biking, running, and (not enough) surfing, to ball sports, camping, and cattle farming. If it's outside, it's worth doing. Likes: unique beer, dogs, stories. Like nots: neckties, escalators, manicured lawns.