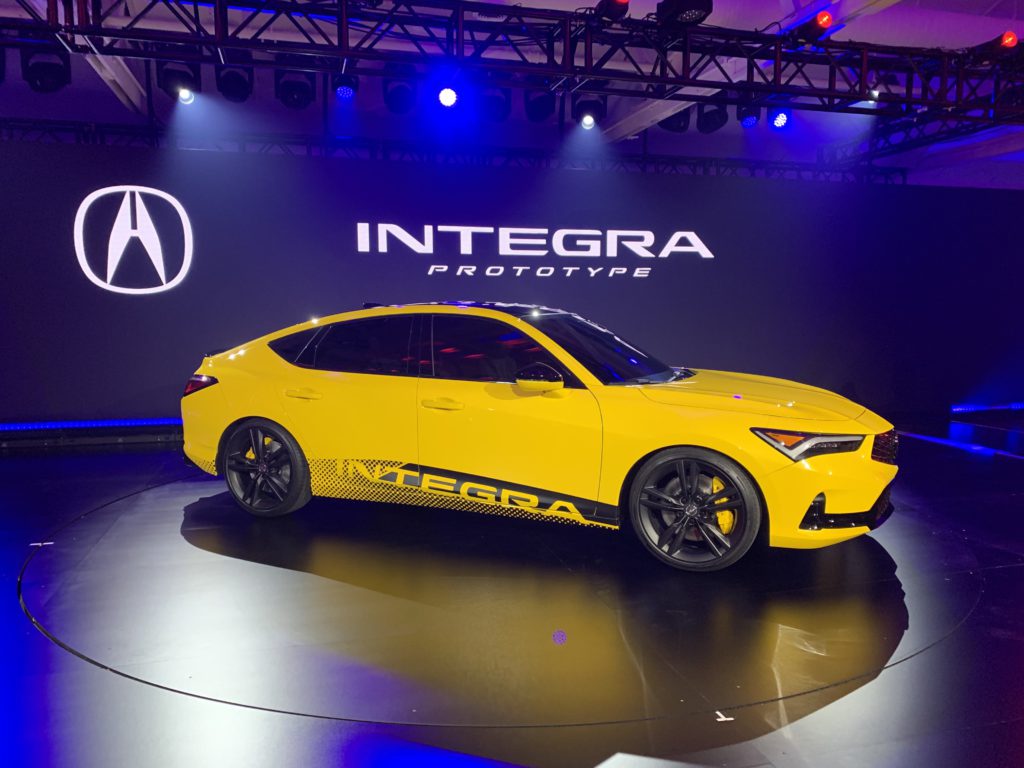 After a 20-year break, Acura has revived the Integra name for the upcoming 2023 model year. In purely objective terms, it will replace the Acura ILX and live as the smaller non-SUV in the premium brand’s lineup, beneath the TLX. But intrinsically and emotionally, the name Acura Integra means so much more.

The Integra played a massive role in the upbringing of an entire generation of enthusiasts. If you grew up in the ’80s and ’90s, the Integra served as obtainable aspiration. Purchased, new or used, by a mountain of youths, who then instantly set up to modify and personalize it to their tastes. Be it something unique that hung from your rearview mirror all the way to a JDM body and Mugen turbo kit, that Integra was your Integra.

Does the 2023 Acura Integra prototype live up to the hype of the storied badge?

Integra: A Civic At Heart

But before we trot too far down memory lane and give this new Integra insurmountable standards to meet, it’s important to know exactly what the original Integra was: a Honda Civic. More specifically, a Civic with a unique body, slightly nicer materials inside, and a small power boost. It was not a bombastic powerhouse with machete sharp handling and a mega 1,000-watt stereo. Acura took a Civic, turned it up a notch, and gave us a great foundation.

Twenty years later, we now have this. A 5-door hatchback that Acura promised will have a 1.5L turbocharged engine, a limited-slip differential, and a 6-speed manual transmission.

The Integra prototype also wore reasonably beefy brakes, 19-inch wheels, and dual exhaust tips. And, based on the shape and the size, it looks a lot like the new Civic hatchback underneath.

Aside from that, Acura proved sparse on the details, even when prodded a bit. For example, no word yet on a 3-door version of the Integra, or even a look inside, let alone any details about power output, or even vehicle specifications. And, of course not a word about some future GS-R or Type R versions coming down the pike.

Also, Acura says the 6-speed manual will be offered, but not exclusively. That being the case, Honda parts bin dictates either a CVT or 10-speed automatic transmission as the other option. Because this is Acura, I’m hoping we get the 10-speed. But this being closer to Civic sized, the CVT is certainly possible.

Now for a potential car enthusiast win. Acura, as of late, has gotten in the habit of swapping out strut front suspension geometry for control arms. And control arm suspensions do a fantastic job controlling the motion of the wheel and tend to deliver a superior feel from the front-end. With Luck, Acura will continue that trend here.

And then there’s the styling. It’s clear that Acura intends to keep marching forward with currently styling cues, with the pentagon-shaped front grille and distinctive headlights. All of it closely resembles big brother TLX. In the back, you get a fastback shape, a small black spoiler, and dual exhaust tips.

This is a good time to remember this is technically a prototype, but I imagine this is basically the car, minus a few details like the yellow paint on the inside walls of that exhaust.

Clearly, this is no Integra Type R. It’s way more pedestrian in shape and stance, and stature. But also remember that the vast majority of Integras ever sold were also not Type R’s. That said, I do hope a Type S isn’t too far in the future.

More importantly, this looks to have the potential to be a foundation for a very cool and very personalized vehicle for the next generation of car-crazed youth. And that is the real legacy of the Integra that we should all hope returns.