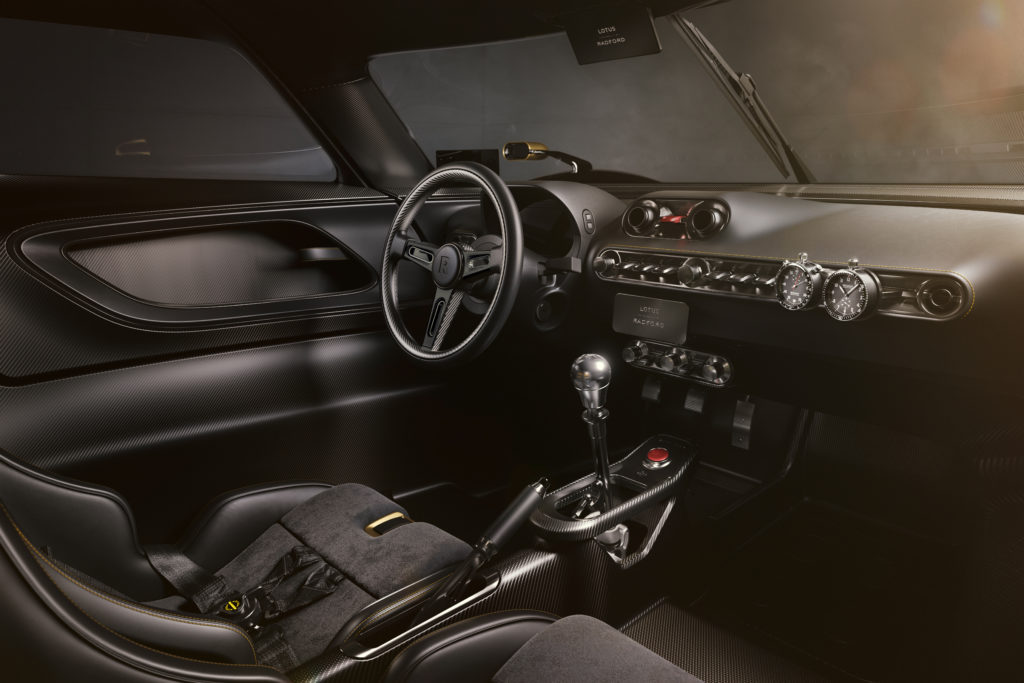 The British luxury coachbuilder Radford revealed the striking new interior design for its latest Radford Lotus Type 62-2 sportscar unveiled at an exclusive showcase in the UK Wednesday. Radford partnered with British luxury watch brand Bremont in a collaboration that meshes the old with the new — in a distinctly bespoke style.

A Look Inside the Radford Lotus Type 62-2 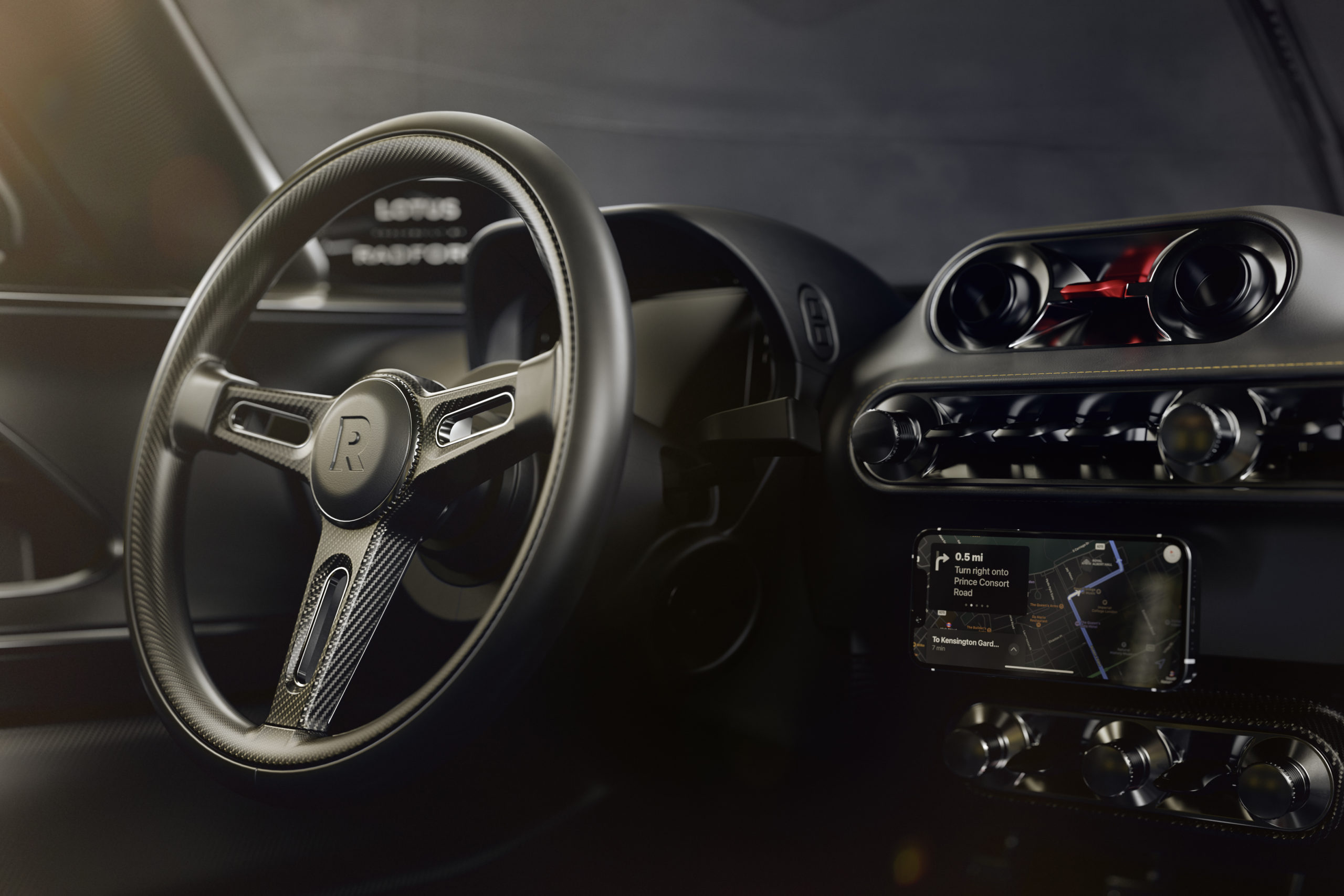 The interior of the Radford Lotus 62-2 was designed in conjunction with Bremont to deliver modern-day technology with bespoke customization while still giving a nod to the original 1969 Lotus 62. Staying true to both brands’ design aesthetics, the cockpit meshes minimal luxury into a stunning and sleek layout.

The cabin has blacked-out window tint with carbon fiber accents throughout, including on the a-pillars, headliner, and floor lining. Radford adds touches of opulence to the interior but without losing the essence of the sportscar’s underpinnings. This includes a fully exposed gear linkage for the manual transmission. 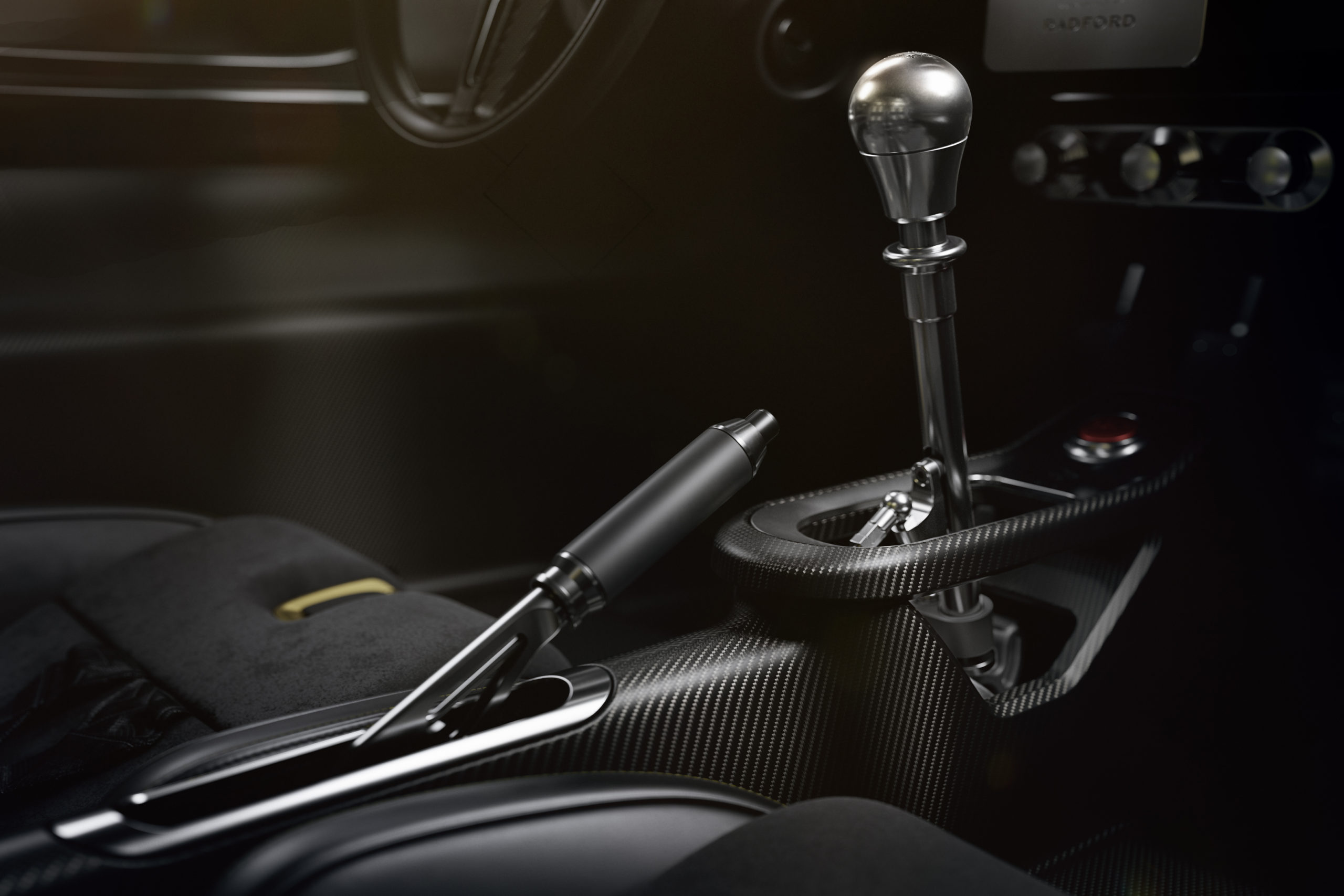 When it comes to the tech, Radford opts for a less is more approach in this driver-oriented car. Most of the in-car controls are physical switches and toggles. The digital screen is fully customizable, and the three smaller screens serve as the side view and rear camera displays.

And if you were wondering what the classic ’69 Lotus 62 was designed for, the Schroth racing harnesses and stripped-down cabin give a nod to the Type 62’s race car heritage. 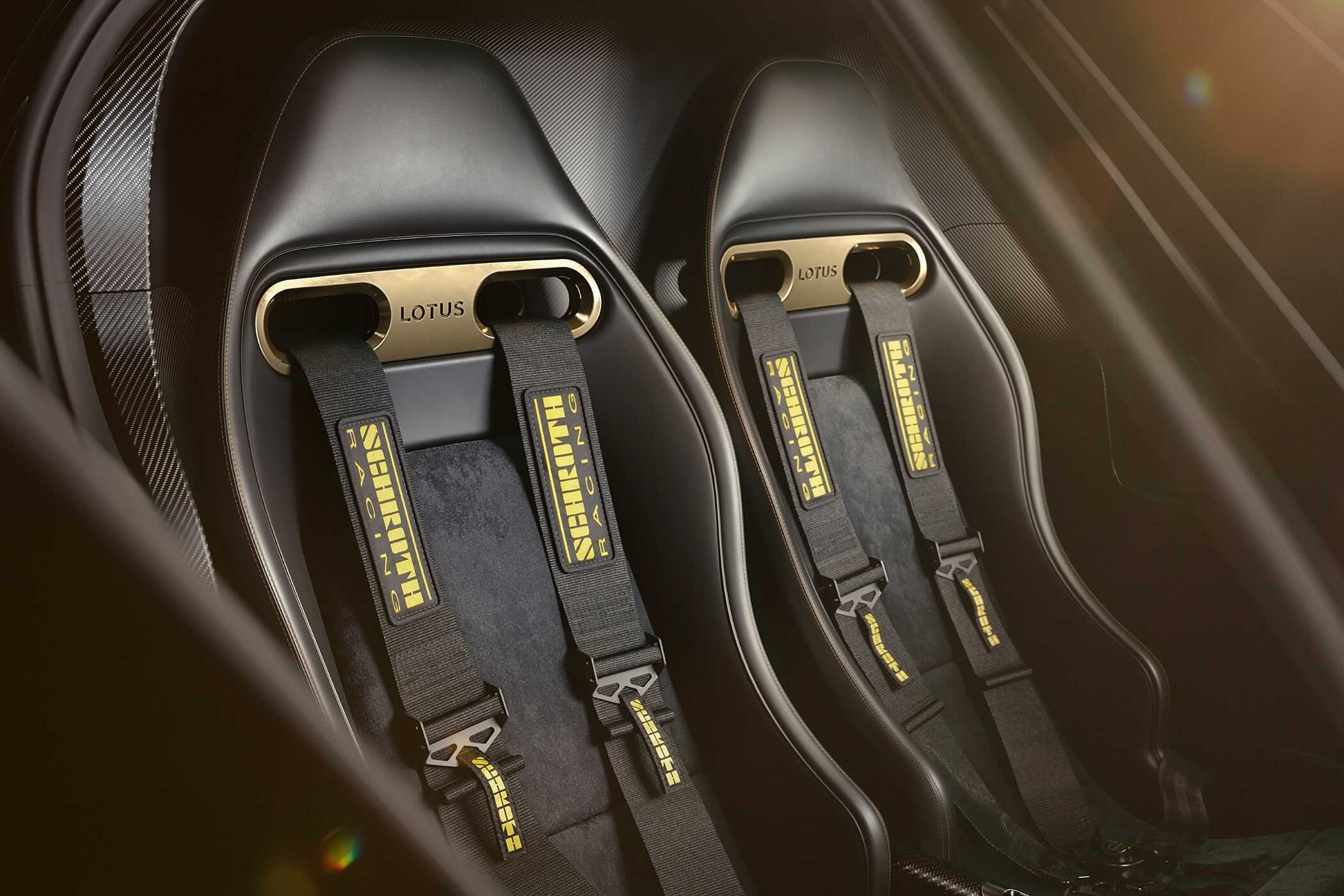 The interior also reflects elements of the iconic black and gold John Player Special (JPS) livery, with subtle gold accents in the otherwise blacked-out cabin. Even the start-stop button on the console was purposefully designed as the housing mirrors the iconic double ducktail exterior of the original Lotus 62. 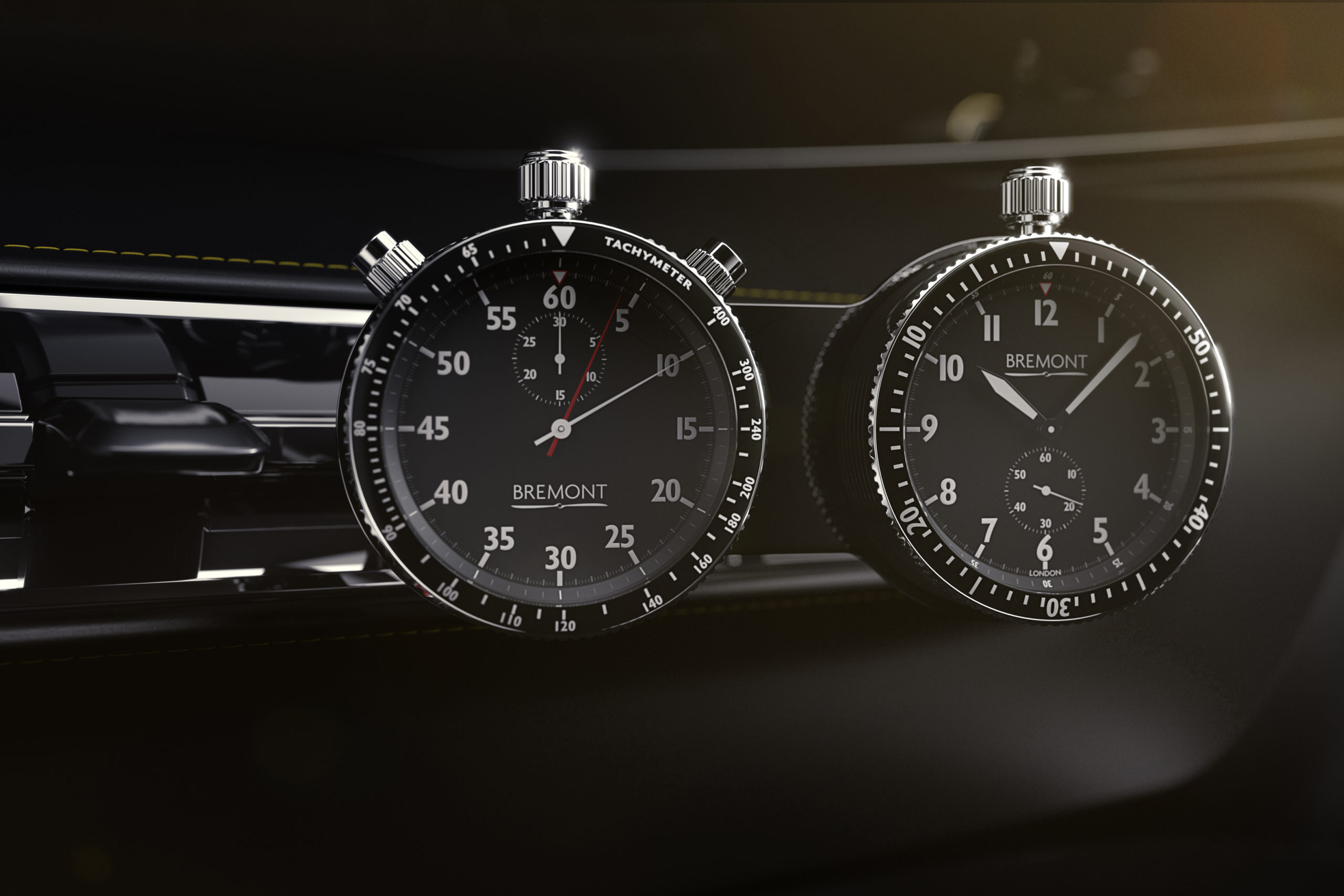 And while Radford delivers on the sleek, bespoke sportscar goods, the showstopper centerpiece of the cabin is a pair of Bremont-crafted dials. The prominent Bremont clock and stopwatch add both elegance and a touch of nostalgia, with a retro design inspired by the mechanical rally timers of old. For continuity, the same milled and turned finish from the body of the clocks is also used in the switches throughout the cabin.

Radford plans to produce only 12 special edition Lotus Type 62-2 in collaboration with Bremont. Making this ultra-limited run even more enticing, the mid-engined two-seater coupe will get the world-famous black and gold JPS livery. Powered by a 3.5L V6, the limited-edition John Player Special models get an upgraded supercharger that bumps the power output to just over 600 hp.

Potential buyers are invited to visit the Radford website to register their interest.


The Best Of 2021 Land Rover
2022 Hyundai Tucson Gets Sharper Sportier Design
The New 10-Speed Ford Mustang is Awesome
10 Forgotten Classic Buick Models That Probably Deserved Bet...
The Best of 2021 GMC
Ranking The Fastest Cars of the 90s From Japan And Europe!