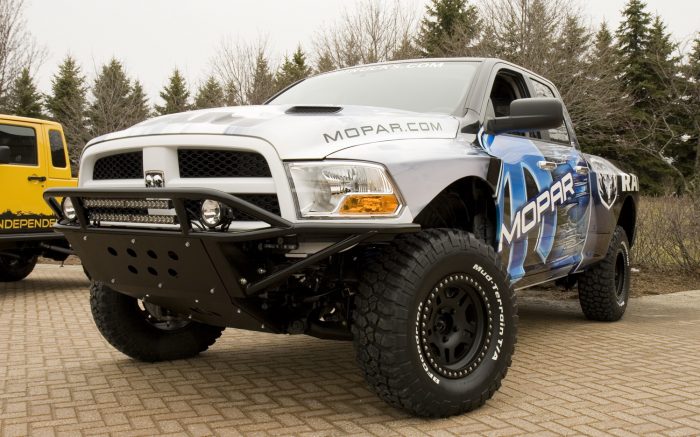 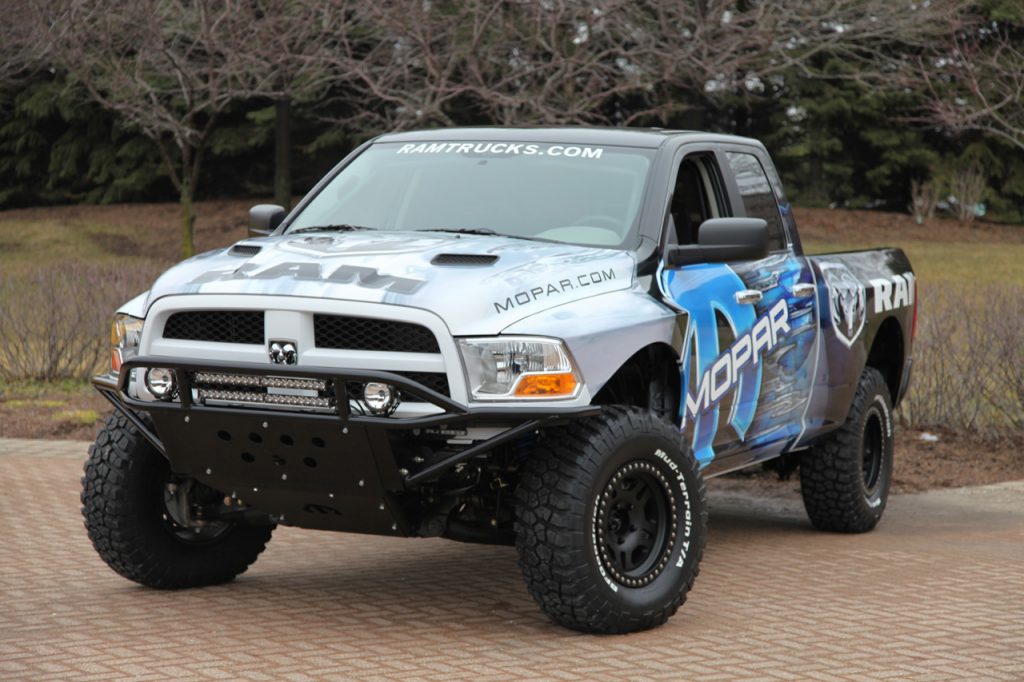 Anyway, the Dodge Ram Runner kit, is like I mentioned, completely bolt on. If you’re really interested in this kit, you would first need a Ram 1500 pick-up truck, that’s in great condition. (2010 thru 2012 is preferred) Gather about $14,000 of your hard earned money, don’t tell the wife that you’re going to convert the family truck into a Baja style pre-runner, head to your local Dodge dealership, and Get ‘er Done! Here’s what $14,000 will get you. A similar shock set-up, from none other than Fox Racing, that currently helps the Ford Raptor do what it does so well. Throw in some Aluminum A-arms, and a Mighty Lift bushing set, and you’ve just raised your truck, a total of 14”. Sounds awesome doesn’t it? Well here’s the next financial kicker, because we all know there’s something else needed to make it really Bad Ass.

For an extra $5,000 Big Ones, you can also be a privy to attaching, a functioning Carbon Fiber hood, that’s connected to a new Cold Air intake. For the exterior you’ll also get Fiberglass front & rear fenders, a chintzy looking tube bumper, and rounding off the kit will be a primo sounding exhaust.

Let’s crunch some numbers for a minute. 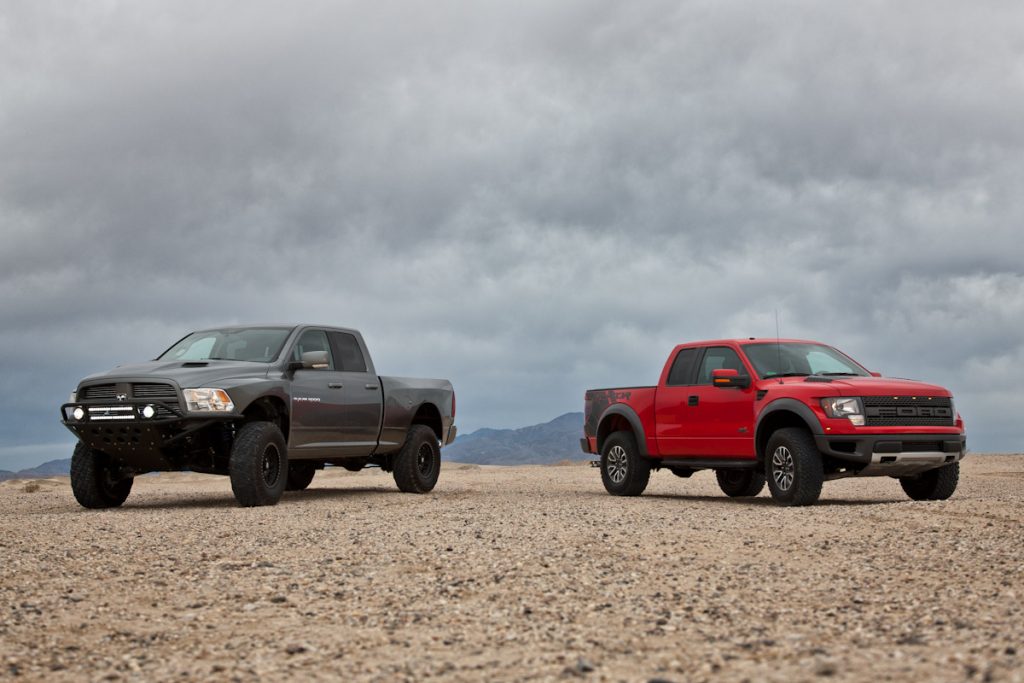 The 2012 Dodge Ram Runner kit is a bit of a stretch for truck owners this day and age to want to really dive in into head on. Reviews of the completed Ram Runner are mixed at best. Where the Raptor excels in handling, the Ram Runner wallows in driver uncertainty. In all honesty this kit is for the driver who, can afford to change the overall geometry of an honest Ram 1500, into something potentially greater, but the down side is that, you will quickly realize that IT IS NO LONGER a daily driver. If all else fails, buy a used 2010 Ram 1500, buy the kit, take a weekend to install yourself, and take it to the track. Just be sure that your pulling the trailer with an F-150.


Virtual Car Museums Offer Online Adventures for Automotive E...
What Happened to the British Automotive Industry and Where i...
10 Deaths are Linked to Tesla Autopilot Crashes: NHTSA Accel...
You Want A Raptor, But The 2021 Ford F-150 Tremor Is The Off...
2021 Polaris RANGER XP 1000 Special Edition Hunting UTVs Rev...
Two-Door Dodge Charger? Yes Please!