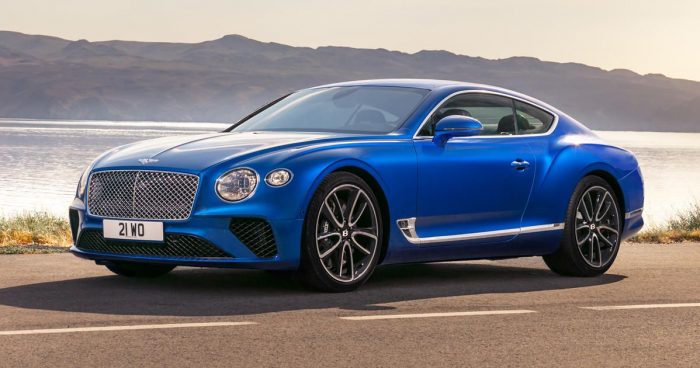 2019 marks the 100th anniversary for ultra-luxury British automaker Bentley and as such, represents a perfect opportunity for a lineup expansion and/or introduction of a number of limited edition models. The 2019 Bentley lineup, however, won’t be featuring an expansion. Instead, the Volkswagen Group’s premier division debuts the all-new third-generation Bentley Continental GT which, together with the recently introduced Bentayga SUV, takes up almost 90 percent of the division’s total sales on the U.S. market. Speaking of sales, Bentley has managed to market 2,405 vehicles in the U.S. during 2017 which amounts to almost a quarter of their 10,570 global sales. Compared to 2016, though, that’s a decrease of almost 200 units in the U.S. and 700 vehicles across the world.

Apart from 898 Continentals, Bentley has managed to market 1,152 Bentayga SUVs, 257 Flying Spurs and 98 Mulsannes in the U.S. during 2017. All models saw a decline in overall sales compared to the previous year apart from the Bentayga, which wasn’t introduced in time to feature throughout the entirety of 2016. Despite the apparent setback, Bentley’s future still looks good thanks to, in most part, the large SUV, which greatly diversifies their overall offering. The upcoming Bentley models for MY 2019 are all set to make their debut soon, and if you’re one of the lucky few that can afford one, here’s what to pay attention to when it comes to them.

The Bentley Continental might not be the best-selling Bentley car anymore in the wake of the Bentley Bentayga’s recently established popularity, but the grand tourer is still the face of the British brand. As such, they couldn’t have picked a better moment to introduce the all-new model. The next-gen Bentley Continental GT retains much of its predecessor’s overall design and dimensions, but still feels lower and wider. It also behaves like a sportier version of its former self, which it’s achieved by riding on Volkswagen’s MSB platform, which also underpins the Porsche Panamera. Doing so allowed it to shed 168 pounds of weight, and it finds its motivation behind a revamped W12 mill.

The 6.0L twin-turbo W12 is now generating 626 horsepower and 664 pound-feet of twist which is a steady increase over the 582 hp and 531 lb-ft its predecessor was making. Numbers don’t tell the entire story, though, as the W12 has been modified in too many ways to count them all. Apart from the MSB architecture, the new Continental also shares the Porsche Panamera’s transmission. An 8-speed ZF-sourced dual-clutch automatic is actually Bentley’s very first dual-clutch gearbox, and it was the main reason behind the car’s late arrival. As before, the Bentley Continental should come with a V8 option as well, but not during MY 2019.

As mentioned above, the 2019 Bentley Continental GT feels much sportier than the outgoing model. Additional reasons for that, apart from those already mentioned, are the brake-based torque vectoring system that debuted on the second-gen GT3-R and Supersports units and a new three-chamber air spring suspension. Speaking about the coupe’s opulence when it comes to interior refinement is a waste of time as every car aficionado knows what to expect from an automaker of Bentley’s reputation. The Bentley Continental GT for MY 2019 will start from $225,000 – or thereabouts – with a number of ways at one’s disposal to even further elevate the already exorbitant price tag. Somewhere down the line, the Brits will also reveal the Bentley Continental convertible with an even higher initial sticker. 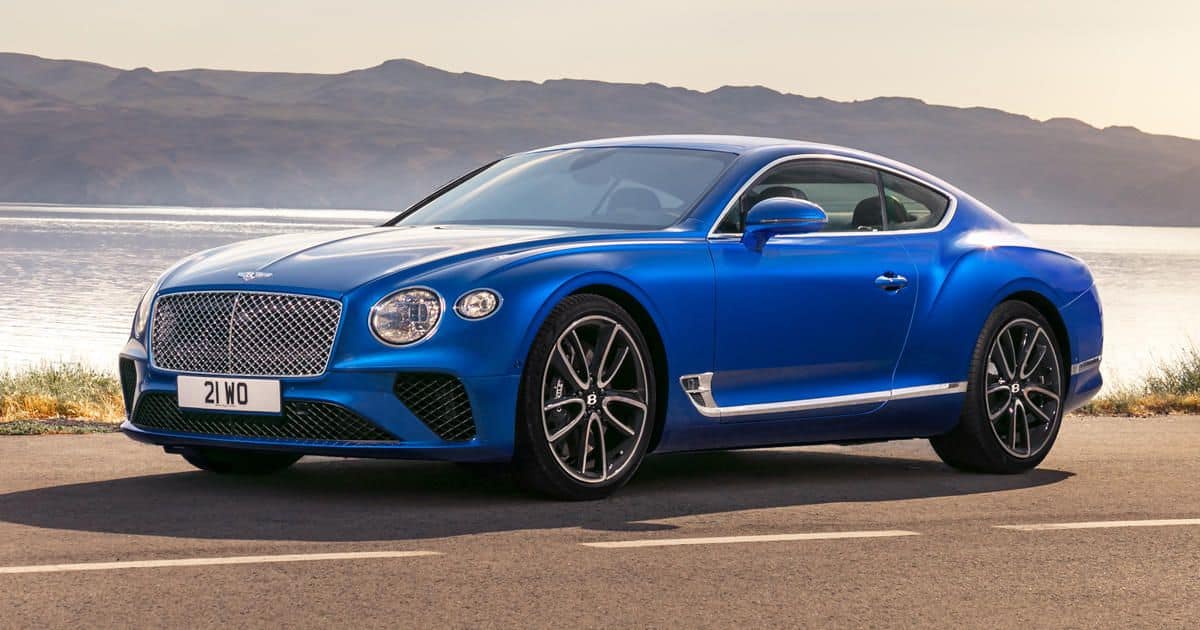 Introduced during mid-2016, the Bentayga quickly became Bentley’s best-selling vehicle. The large SUV amounts to almost half of Bentley’s U.S. sales with 1,152 units sold during 2017. The British brand markets the Bentayga as the fastest production SUV ever made due to its top speed of 187 mph which is quite a feat for a vehicle weighing close to 5,500 pounds. This initial figure was achieved thanks to a 6.0L twin-turbo W12 engine rated at 600 horsepower and 660 pound-feet of torque. The big news for the 2019 Bentley Bentayga is the introduction of a smaller V8 option. A 4.0L twin-turbo V8 is able to deliver 542 hp and 568 lb-ft of torque while maxing out at a still-commendable 180 mph. Both versions come with an 8-speed automatic gearbox.

That’s far from everything the Bentayga has to offer. Although American buyers won’t be able to get their hands on Bentley’s first-ever diesel mill available overseas, they will be given the opportunity to buy the brand’s very first plug-in hybrid. Introduced at the 2018 Geneva auto show, the Bentayga plug-in hybrid combines a 3.0L twin-turbo V6 engine with an electric motor for a combined output of 429 hp and 664 lb-ft of twist. The company says the battery can be fully charged in two and a half hours by using a 240-volt outlet. They also say the hybrid Bentayga should be good enough for a 31-mile care-free all-electric drive.

Every single model comes with a lavish interior riddled with classy materials and advanced tech options. Moreover, every single one of them has a strong suit of its own. The hybrid, naturally, offers all-electric range and unconventionally – for its class – low fuel consumption. The W12 Bentayga remains the most outrageous and most expensive option out there, whereas the V8 offers better handling in a package that’s still every bit as powerful as the next car. 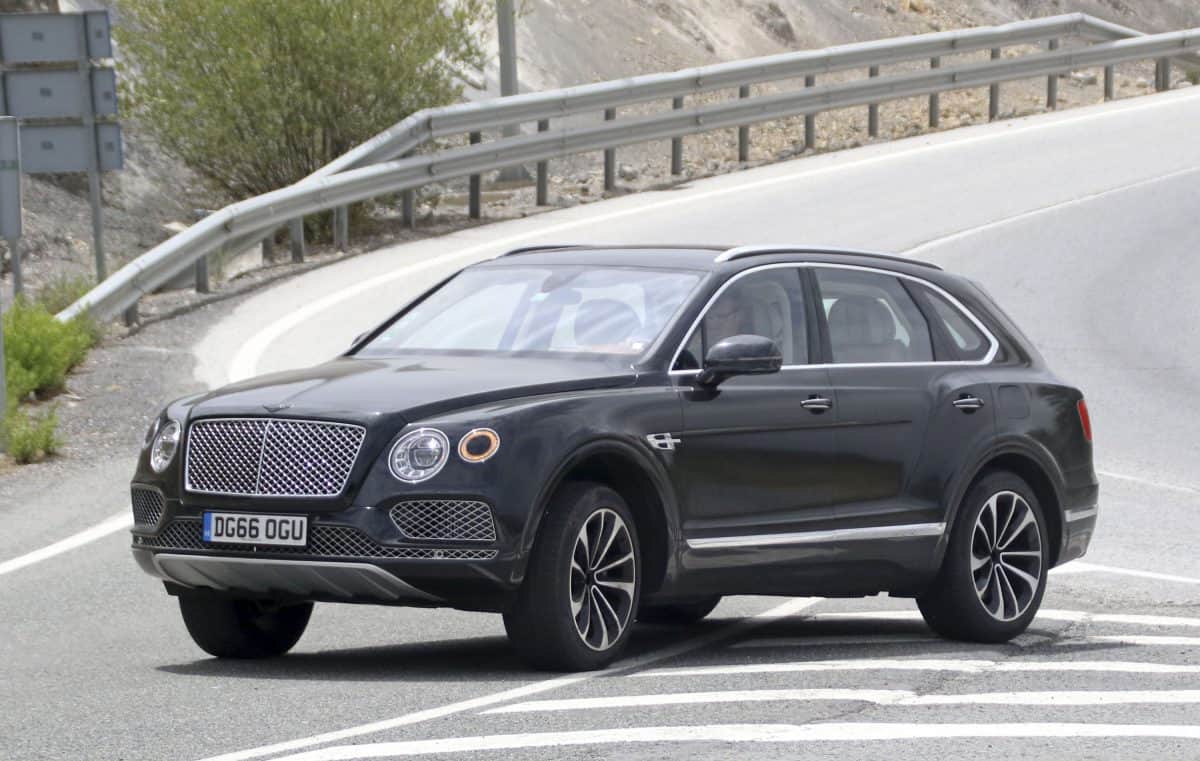 What’s Not In the New 2019 Bentley Lineup

Where the Brits have updated the Continental GT coupe, the four-door saloon version of the car remains unchanged. The upcoming 2019 Bentley Flying Spur will, however, be the last of the second-gen models, as the next-gen promises to arrive in time for MY 2020. The new model will closely follow the new Bentley Continental GT’s design language, but just like its coupe sibling, won’t differ that much from the outgoing units. It should also get all the powertrain, chassis, and tech upgrades that grace the new Conti. This is a good reason as any to sit out on the Bentley Flying Spur for MY 2019 and instead wait for the new model to arrive.

The 4-door saloon continues with a proven selection of V8 and W12 mills in 2019. The former 4.0L twin-turbo unit develops 500 hp and 487 lb-ft of torque in conventional, or 521 ponies and 502 pound-feet in a sportier S form. The stronger 6.0L twin-turbo W12 mill can also be ordered in two distinctive forms. The base W12 Spurs generate 616 hp and 590 lb-ft of torque, whereas the W12 S makes 626 ponies and 605 lb-ft. All weigh north of 5,500 pounds and guzzle fuel like there’s no tomorrow, so a plug-in hybrid option from 2020 onward, with the Bentayga as a likely powertrain donor,  wouldn’t surprise us. 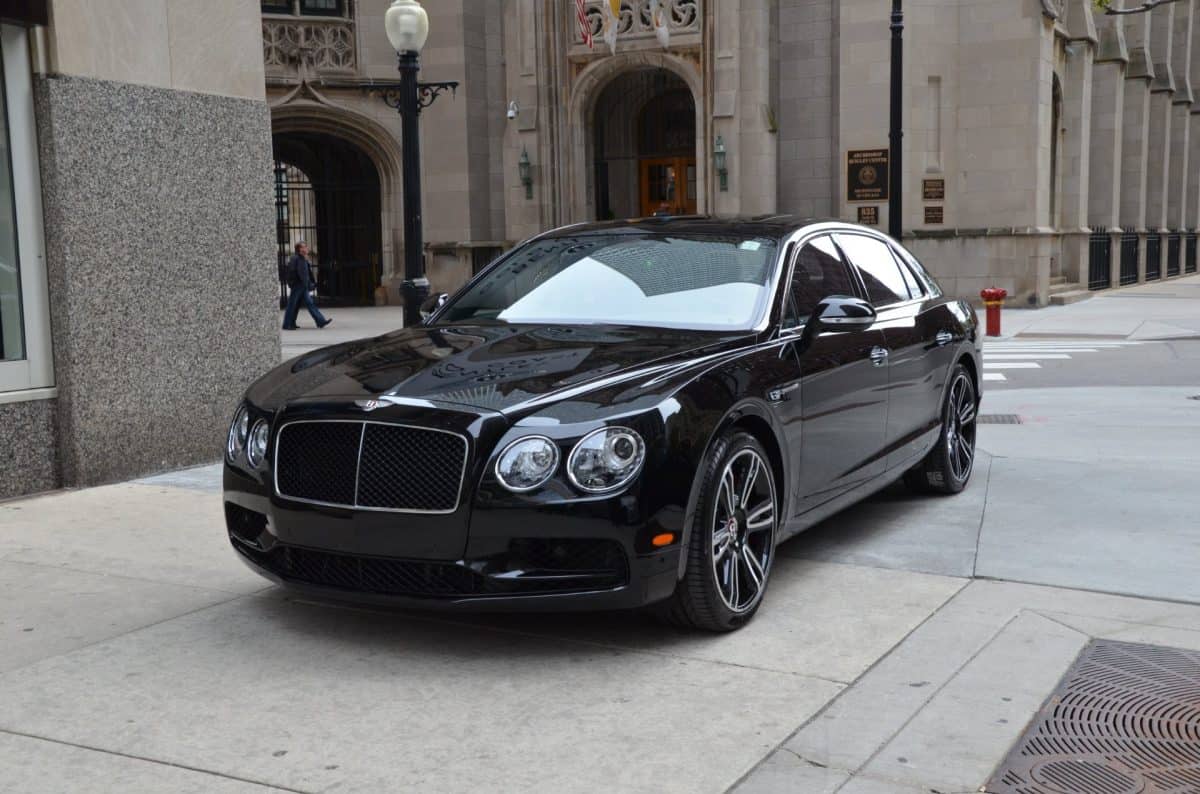 With a price starting north of $300,000, the Mulsanne belongs in Bentley’s upper echelon. Not only is it the most expensive of all Bentley vehicles, but also the largest and most opulent of the lot. Since the British automaker’s focus is currently aimed at the new Continental GT and Bentayga SUV – which is understandable considering they drive most of the division’s sales – the 2019 Bentley Mulsanne is not a priority. In other words, the full-size flagship carries over basically unchanged. More the reason to spend $300,000 on something else. At least until the next-gen model arrives.

Unlike the rest of Bentley range, the flagship Mulsanne sedan only comes with a single engine option. Its 6.75L twin-turbocharged V8 develops 505 horses and 752 pound-feet of rotational force in base, or a whopping 530 hp and 811 lb-ft of twist in the high-performance Mulsanne Speed spec. Ever since its inauguration in 2010, the Mulsanne has been offered with an 8-speed ZF automatic transmission with sport mode and paddle shifters. Until the next-gen arrives, the now-venerable Mulsanne won’t have anything else to offer in this regard. As for the new Mulsanne, we’ll have to wait and see what the British manufacturer has in store for us. Bentley’s arch rivals from Rolls Royce are working on modernizing the Ghost which directly competes with the Mulsanne. That’s probably the lead to look into while contemplating the ultra-luxury full-size sedan market’s future. 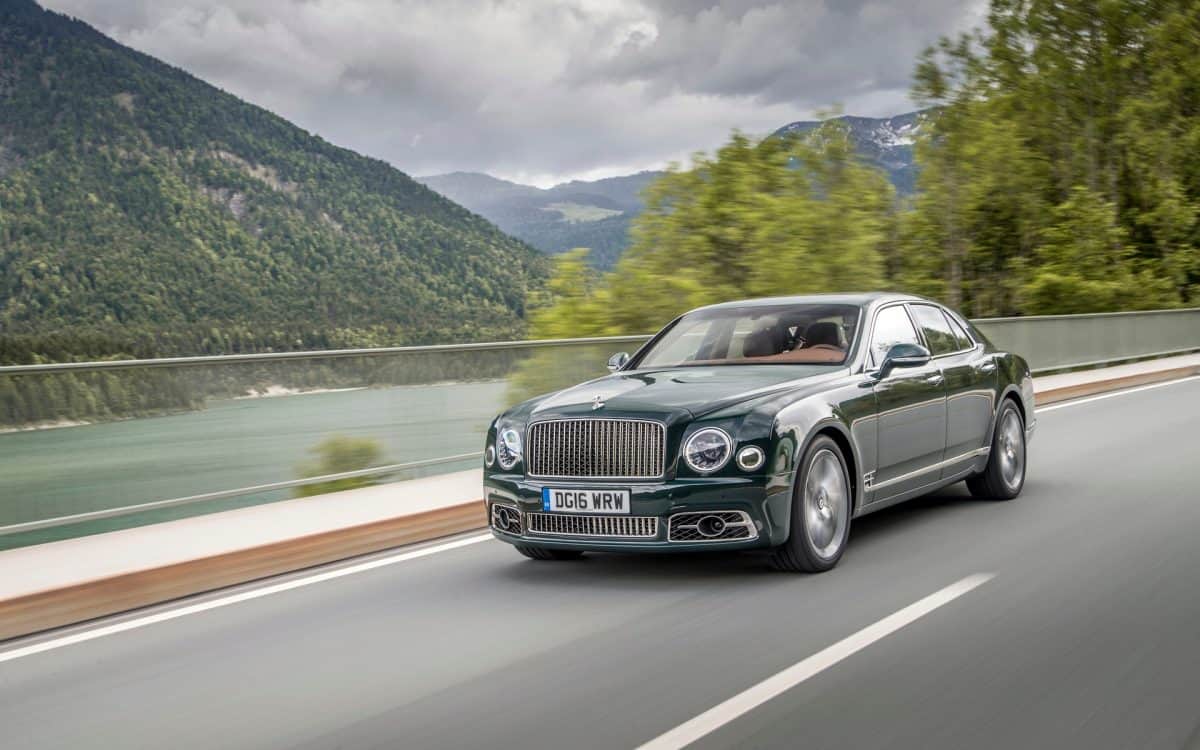