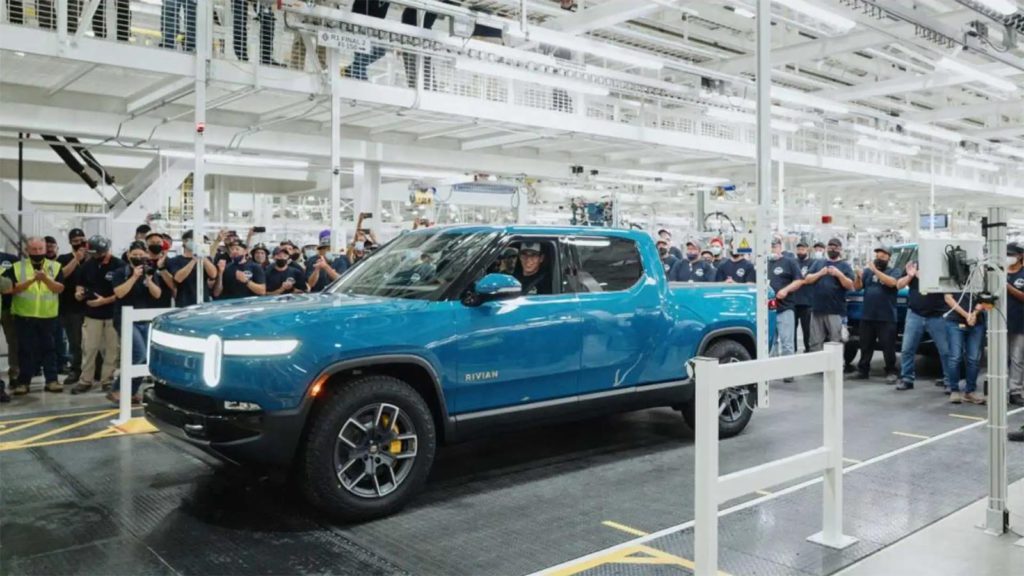 Until recently, battery-electric vehicles collectively comprised little more than an asterisk on automotive sales charts. But demand more than doubled during the first half of 2021, and momentum continues to grow.

It will need to, at least if the industry hopes to meet the aggressive goal laid out by Pres. Joe Biden. In August, he signed an executive order that calls for plug-based vehicles – including BEVs and plug-in hybrids, or PHEVs – to generate half of all U.S. new vehicle sales by 2030.

There are plenty of skeptics, even among the environmentalists who would like the entire industry to go electric. Biden’s “proposal relies on unenforceable voluntary commitments from unreliable car makers,” wrote Dan Becker, director of the, Safe Climate Transport Campaign of the Center for Biological Diversity.

But other observers see reason to believe the U.S. market just might be on track to see a massive shift to battery power as automakers, along with federal, state, and local governments, begin to address key obstacles to adoption.

New EVs Rolling Off The Line

Things were far from Normal in Normal, Illinois this past week. At a refurbished factory that had been abandoned by Mitsubishi several years ago, start-up Rivian rolled out its first R1T. The all-electric pickup will compete not only with the Ford F-150 Lightning, but the upcoming GMC Hummer EV, Tesla Cybertruck, and eventually as many as 10 battery-powered pickups from both established and start-up automakers.

In the months to come, Rivian will add the R1S, an all-electric SUV. The new automaker’s products will be part of a full-on tsunami of around 40 brand-new all-electric models set to reach U.S. showrooms by just the end of 2022. That will more than quadruple the current total of 13 long-range BEVs available to American motorists. By mid-decade, reports consultancy AlixPartners, the industry will invest about $330 billion to electrify, and the product count is expected to rise well above 100.

EVs Will Come At Most Pricepoints Soon

Just as importantly, they will expand both the number of individual market segments where BEVs are available, as well as the price range they cover. There’ll be everything from small sedans to full-size pickups, and plenty of SUVs in varying shapes and sizes. 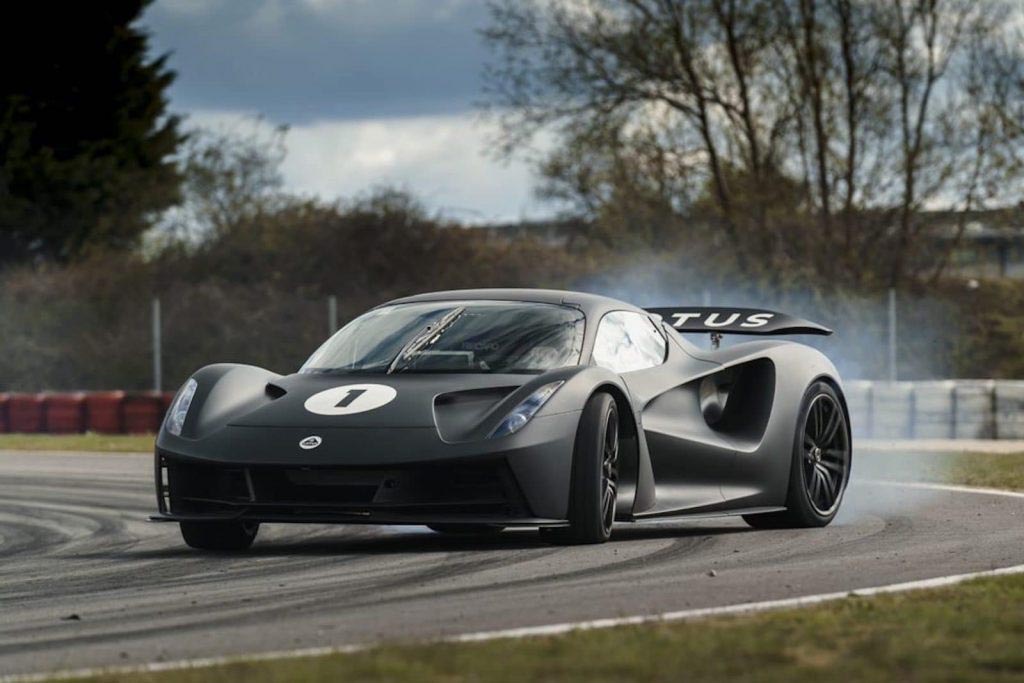 Buyers will find plenty of products on the high-end, such as the EQS, set to be the new Mercedes-Benz electric vehicle flagship.  The new Lucid Air Dream edition will start at over $160,000. And the Lotus Evija will carry a sticker of around $2.4 million.

But prices are also beginning to come down. For 2022, Nissan has rolled out a base version of the Leaf starting at just $27,400. Factor in the available federal tax credits and the price effectively falls to just $19,900.

Less Range On Offer Before We Get More

The range on base 2022 Leaf is limited to 149 miles, according to EPA estimates – though that’s still about 50% more than what the most expensive Nissan Leaf offered when the battery-electric vehicle debuted a decade ago.

For the 2022 model year, there’ll still be a handful of BEV models with limited range. The all-electric Mini Cooper SE is only rated at 114 miles per charge. The upcoming Mazda MX-30 will manage barely 100 miles, based on the EPA estimate.

But these will be the exception, rather than the norm, going forward. Of the models to come to market by the end of 2022, virtually all will top 200 miles between charges and “250 is becoming the norm, with more and more delivering over 300 miles,” said Sam Abuelsamid, the principal auto analyst with Guidehouse Insight.

If anything, automakers are pushing even higher. Cadillac’s long-term goal is to push up to 400 miles, according to brand boss Steve Carlisle, though that may take a few years to become its norm. Tesla was the first to crack the 400 miles barrier with the Model S Long Range. But Lucid is taking that up a notch, achieving an EPA-rated 520 miles with the new Air Dream Range model – which also delivers 933 hp.

Performance is the other attribute that is beginning to click with buyers who, only a few years ago, might not have even considered a BEV. Where early offerings, like the Leaf, required numerous trade-offs, especially in performance, manufacturers are starting to emphasize the instant torque that electric motors can deliver.

The new GT version of the Ford Mustang Mach-E will hit 60 in 3.5 seconds. The Tesla Model S Plaid can, in controlled conditions, get there in 1.9 seconds. Dodge, meanwhile, hopes to beat that with the all-electric muscle car it announced early this summer.

There are still plenty of obstacles to overcome. Charging is one of the most challenging. In reality, “more than 80% of today’s EV owners charge at home and are likely to continue doing that,” said Pat Romano, the CEO of ChargePoint. But there is still the need to create a readily accessible public network of fast chargers for those who travel long distances, whether for work or play, he said.

As of now, there are about 43,000 public EV charging stations in the U.S., with around 120,000 charging ports, according to the U.S. Department of Energy. Drivers in some regions, California in particular, can find plenty of places to plug in. Not so easy in the American heartland. Congress, however, is working on an infrastructure bill that could provide funding for the nationwide network of 500,000 chargers targeted by Biden.

Congress also is working up a new package of sales incentives that could significantly increase the appeal of BEVs. The proposal passed this week by the House Ways & Means Committee not only would extend the current $7,500 tax credit but restore incentives for automakers who exceeded the current 200,000 sales threshold – so far a list including GM and Tesla.

More controversial is the so-called Stabenow/Kildee provision that would add $2,500 for U.S.-made BEVs, and another $2,500 for those built with union labor.

“We’re continuing to work on it,” and could make compromises extending the new credits to Canadian-made battery-cars and even those built at some non-union plants, said Michigan Democrat, Congressman Dan Kildee, in an exclusive interview.

With BEV costs already beginning to come down, the incentives could be a critical step towards expanding the technology’s appeal, analysts generally believe.

And there is mounting evidence that consumers like what they’re seeing and hearing. According to a study released this past week by dealer network CarMax, a surprising 55.9% of U.S. motorists said they intend to plug in with their next vehicle, though that figure covers everything from conventional hybrids, such as the iconic Toyota Prius, up to pure electric models.

For all the added benefits of the latest EVs, including better range and performance, the study noted that, “For most people, the top benefit of hybrid and electric vehicles wasn’t personal: It’s for the environment.”

But it also found that long-term cost savings also appeal to potential buyers. A study by We Predict found that, over the first three years, EV maintenance costs are barely a third of what owners spend with gas models since there’s no need for things like tune-ups and oil changes. Consumer Reports, meanwhile, found that energy cost savings can add up into the hundreds, even thousands of dollars over time.

There remain plenty of skeptics. Brett Smith, a lead analyst with the Center for Automotive Research, said he “highly” doubts the results of the CarMax study. But he also sees little doubt that BEVs are gaining momentum. And the coming year could prove the real test. With the number of new models coming in just the next year, and the likelihood of new federal incentives, potential buyers will find even more reasons to consider going all-electric.

With no assembly line, Ford’s new Electric Vehicle Center doesn’t look like a traditional auto plant. When the factory in Dearborn, Michigan starts rolling out the new F-150 Lightning in the months ahead, partially completed pickups will roll along the concrete floor atop AGVs, or Automated Guided Vehicles, from workstation to workstation.

It’s an experiment that could change the way Ford – which invented the assembly line over 100 years ago – builds vehicles. And it seemed like a logical place to test the new approach, according to company officials, when launching Ford’s first all-electric pickup.

But what was seen as a low-volume niche product has struck a chord with potential buyers and Ford this week announced it will double the capacity of the Electric Vehicle Center to 80,000 Lightning trucks annually. Yet, with over 150,000 advance reservations it could still take the automaker well into 2024 just to meet that initial demand.


Ranking the Best and Worst Volkswagen Models for 2020
Why Can't We Get The Suzuki Jimny in the USA?
First Look and Drive of the 2022 Hyundai Elantra N
GM Goes Big on Electric Vehicles
Spy Video: Modified Ford Mustang Mach-E Drifting
Power Stroke Selected as Best Diesel over Cummins and Durama...