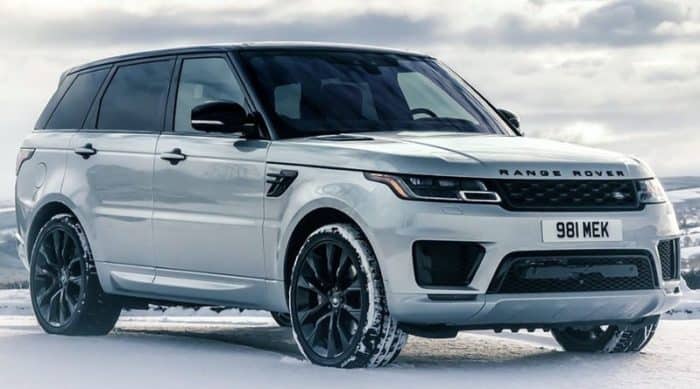 Much like the larger Range Rover, its smaller sibling also sports an aging design that dates back to 2013. Furthermore, it is also scheduled for a substantial makeover in either 2021 or 2022 at the latest. Its latest facelift didn’t happen that long ago, however, as the Range Rover Sport received a mid-term refresh in late 2017. It offers a blend of both on and off-road performance in a luxury package for a considerably lower price tag than that of its larger sibling – especially in higher grades.

The mid-size luxury off-roader’s sales also follow those of its larger sibling. With 24,282 units marketed in the U.S. in 2018 and 25,768 models delivered the following year, the Range Rover Sport has also achieved its best result yet. 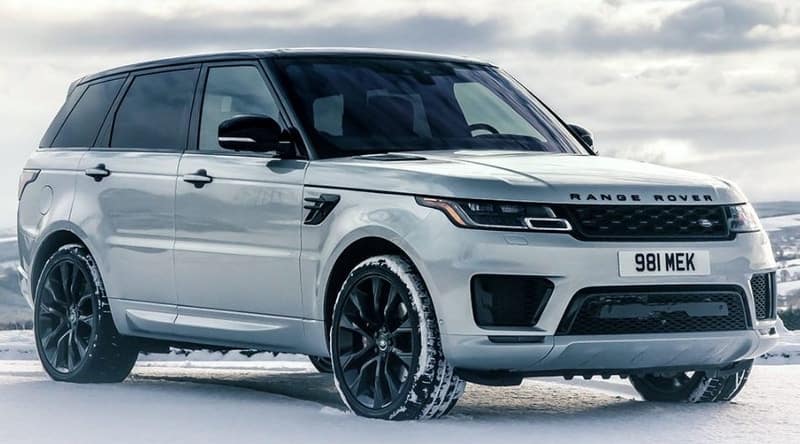 As many smaller crossovers and SUVs do nowadays, the Range Rover Sport also utilizes a blacked-out contrasting roofline while the Portofino Blue and Eiger Grey join the lineup of exterior colors for MY 2020. Apart from that, there aren’t any significant updates in the design department compared to 2019. 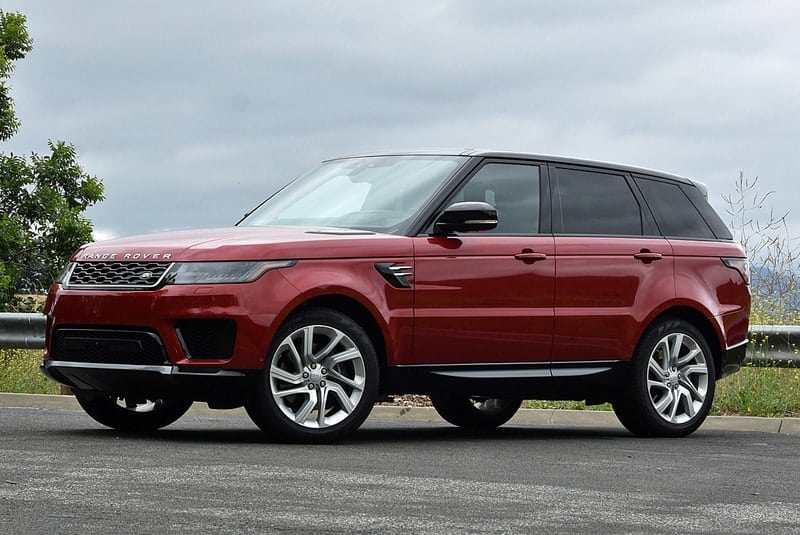 The 2020 Land Rover Range Rover Sport offers almost as much interior space as its larger sibling. Thanks to their shared 115-inch wheelbase, both models are among class leaders in passenger space. Its third row, however, might not be as spacious as those found in the competition and even other in-house applications like the Discovery for instance, but it’ll still accommodate two children. There’s up to 60 cubic feet of cargo room behind the first row and up to 27.5 cubes of storage behind the second.

Speaking of seats, all Range Rover Sports get 14-way power-adjustable front seats at the very least. Most models make do with 16-way adjustable seats which can be heated and cooled. Needless to say, they’re all furnished in premium leather with genuine wood veneers keeping them company.

The intermediate SUV sports some frustrating infotainment controls despite the fact the entire system has been updated in the mentioned facelift (Apple CarPlay and Android Auto integration are now standard). The dual 10-inch touchscreen display taken from the Range Rover Velar and Jaguar I-Pace is slow to respond to the user’s input and still has some ways to go – especially considering how it finds itself in a rather expensive application. 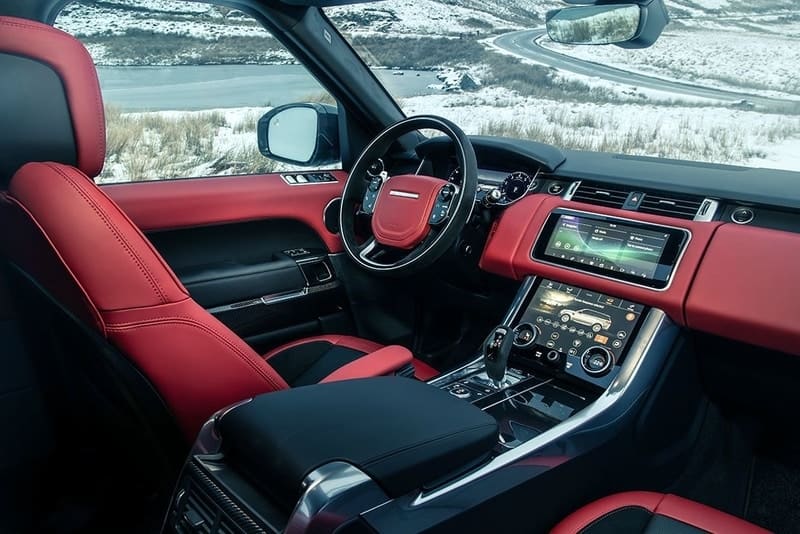 Like before, the Range Rover Sport keeps the high-end advanced electronic safety systems reserved for higher tiers as adaptive cruise control and lane-keeping assist are only standard with the range-topping models. The HSE and above models benefit from a surround-view camera, blind-spot monitors, and a traffic sign recognition system, while even the entry-level models get parking sensors, forward-collision warning, automatic emergency braking, and lane-departure warnings.

The biggest news for MY 2020 (for both the Range Rover and Range Rover Sport) is the all-new P400e model which utilizes a plug-in hybrid setup. Same as in larger Range Rover P400e, the hybrid system consists of a 2.0L turbocharged 4-cylinder internal combustion engine, a 118-horsepower electric motor, and a 13.1-kWh battery pack located under the rear cargo floor (note that this lowers the plug-in’s cargo capacity by 3 cubes). The combined output reaches 398 horsepower.

Until the EPA gets a hold of the P400e, a 3.0L turbo-diesel V6-powered Range Rover Sport still has to be considered an efficiency leader of the lineup. It cranks up 254 ponies and impressive 440 pound-feet of rotational force.

The gasoline-only lineup consists of a base 3.0L inline-six, which replaces the outgoing V6 mill. Paired with a mild-hybrid assist system, it brings more power to bear with either 355 hp or 395 hp and 406 pound-feet. Finally, the powerful 5.0L Supercharged V8 generates either 518 hp and 461 lb-ft or a whopping 575 hp and 561 lb-ft in the top-spec SVR trim. Regardless of a chosen engine, all Range Rover Sports route their power to all four corners via an 8-speed automatic transmission. 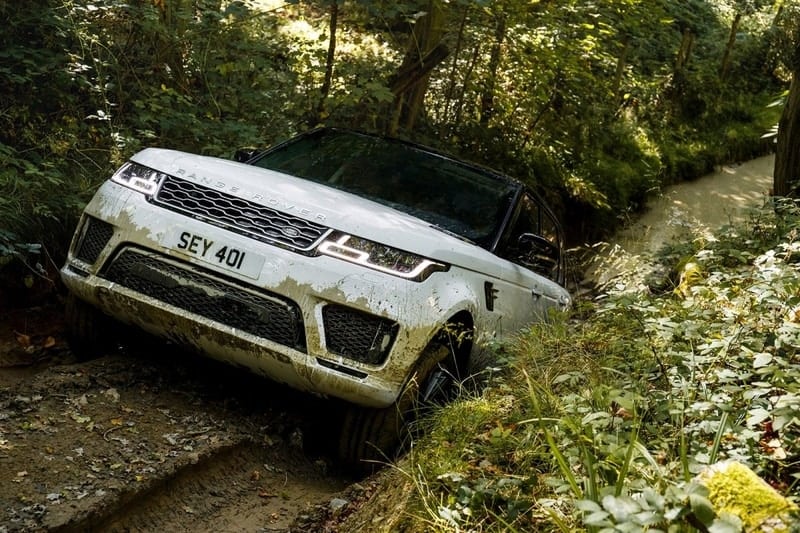 At just under $70,000 (over $115,000 for the top SVR trim), the Rover Sport is still quite expensive for most buyers but at the same time, it’s nothing compared to its larger sibling. The plug-in hybrids are available from $80,000, while the supercharged V8 mill doesn’t come for anything less than $88,000.

While the P400e hybrids still haven’t been rated by the EPA, they’re expected to be able to provide up to 22 miles of range on electricity alone, thus overshadowing the turbo-diesel’s figures. Speaking of which, the optional diesel engine returns up to 22 mpg in the city and 28 mpg on the highway or 24 mpg combined. Meanwhile, the new inline-six mill might be offering more power than the outgoing V6 units but fails in providing anything better than 20 mpg combined when it comes to fuel economy. Finally, the mighty V8s are rated at 16 miles to the gallon combined.

The 2020 Range Rover Sport offers something for everyone provided you’ve got deep pockets, to begin with. It’s equally capable on and off the road and stands out as one of the sportiest SUVs ever devised – at least when it comes to its supercharged SVR form. That said, the Rover Sport is one of the most well-rounded options within the Land Rover range. 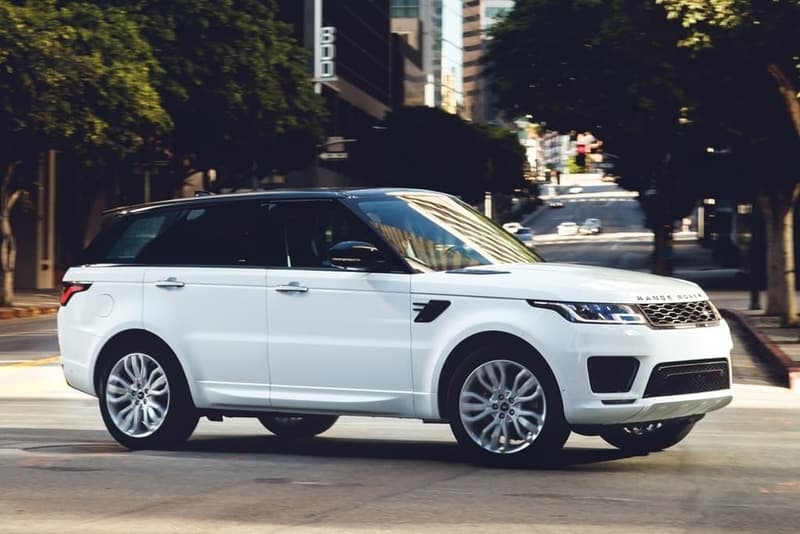