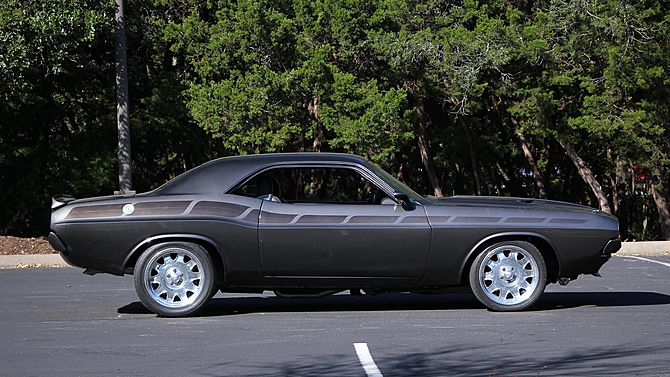 Many argue the ’70+ Challenger and ‘Cuda were the best-looking designs of the classic muscle car era. Some say that they’re even more desirable than the likes of the Ford Mustang. Agree or not it’s clear they make for great resto mods.

Though usually thought of as a largely identical pair, there were differences between the cars, including the Challenger carrying a different wheelbase, and other subtle styling cues. Credit for the design goes to the late John Herlitz, who was only in his 20s when he penned the ground-breaking design, which may be the reason why the design resonated so strongly among enthusiasts. Today, they make for excellent collector car examples, but they’re not just show car material – many owners decide to restore and upgrade these vintage muscle cars, installing them with bucket seats, power steering, power brakes, remote door controls, a new center console and dash, and impressive performance parts. They may look like a classic car on the outside, but inside, they pack a more powerful punch than many new cars, like the modern Dodge Challenger SRT, even with a Scat Pack installed. 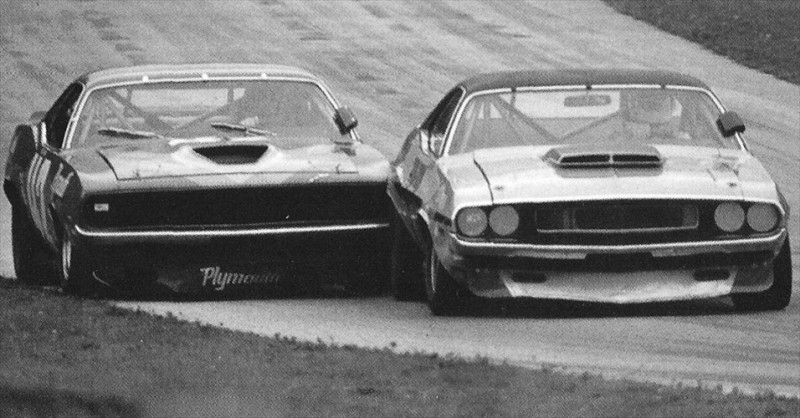 In 1970 both Dodge and Plymouth entered the SCCA Trans Am Championship with separate teams. Though both teams made good showings, engine issues plagued them all season and neither collected any wins. As you can see, these cars have the DNA, but it just took the work of several enthusiastic mechanics to help them unleash their inner hot rod. Here are our favorite Dodge Challenger restomod examples!

Check Out These Cuda And Challenger Restomod Machines!

Who needs a Hemi when you can install an 8.0 L 500 HP V-10 engine from a 2004 Viper  under the hood of your Dodge Challenger? Backing up the big motor is the Tremec 6-speed that was designed for the Viper in the first place. Power drives back to a 8 3/4″ rear end fitted with a 3:55:1 ring and pinion. Keeping the rear end on the ground is the job of the Pro Link four-bar rear suspension coupled with a Watts link.  On the corners are Wilwood disc brakes with 19-inch Foose wheels bolted on. This is a restomod Challenger that we’d all love to own. 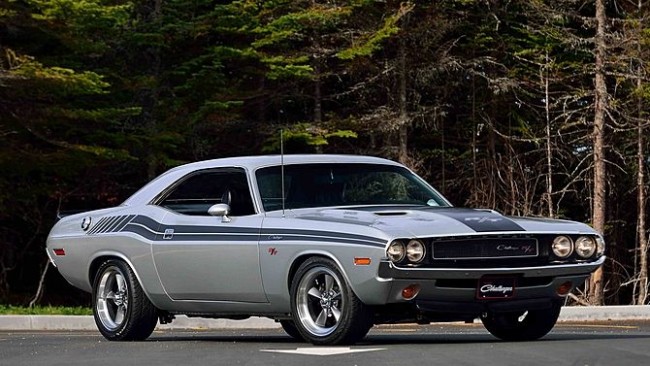 This ’70 Challenger underwent a rotisserie restoration less than 5,000 miles ago, at which time its received a new fuel injected 6.1 L Hemi crate engine backed by a Tremec TKO 5-speed transmission with pistol grip shifter. Out back is a Dana 60 rear axle with 3.73:1 ring and pinion, Trac-Loc, and heavy-duty 35 spline axles. Holding the third member to the car is a Reilly Motorsports rear suspension, while the front is fitted AlterKtion performance suspension, also from Reilly. Just for good measure, double adjustable Viking coilover shocks are fitted all the way around, along with an upgraded rack and pinion steering assembly. Pulling the beast to a stop are Wilwood 4-piston disc brakes. 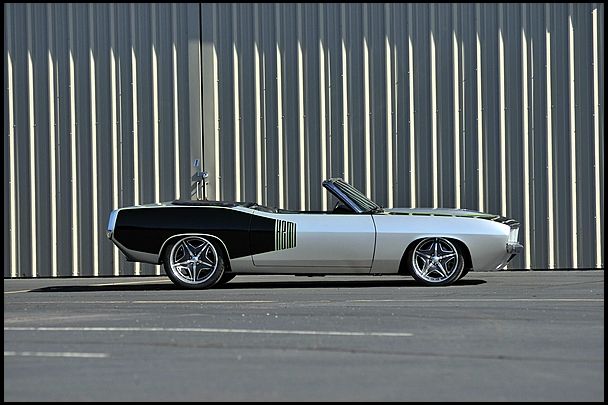 Here’s a Hemi ‘Cuda convertible (no, not a real one) for the ragtop fans out there. It’s been painted silver with Black Hemi billboards and yellow pinstriping. the exterior has been smoothed and shaved and a functioning AAR-style hood scoop installed. The car features a black soft top and custom Black leather interior. Under the hood resides a World Products 572 CI Hemi V-8 with Hilborn stack EFI, backed by a manual transmission with Pistol Grip shifter. Setting off the design are Custom Modern Muscle 5-spoke billet wheels wearing Michelin Pilot Sport radial tires. 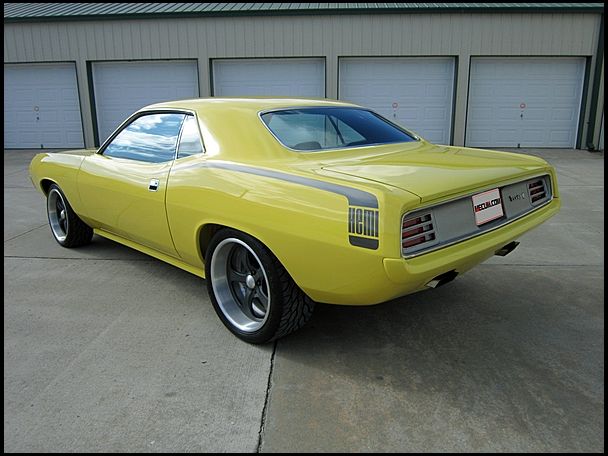 When Plymouth moved away from the Valiant-based Barracuda, they renamed their muscle car the ‘Cuda. Here’s another ‘Cuda that’s received a full rotisserie restoration, this ’70 ‘Cuda looks resplendent in its Lemon Twist Yellow exterior paint. Under the hood lurks a 528 CID 650 hp all aluminum Hemi engine, fed by dual four-barrel carburetors drawing air through the Shaker hood. Behind the monster motor is bolted Chrysler tough 727 automatic transmission, driving back to a Dana 60 rear end with 3.54:1 R&P  gears. The front end is an Alterkation assembly from Reilly, with an upgrade to rack and pinion steering and four-wheel disc brakes from Wilwood. 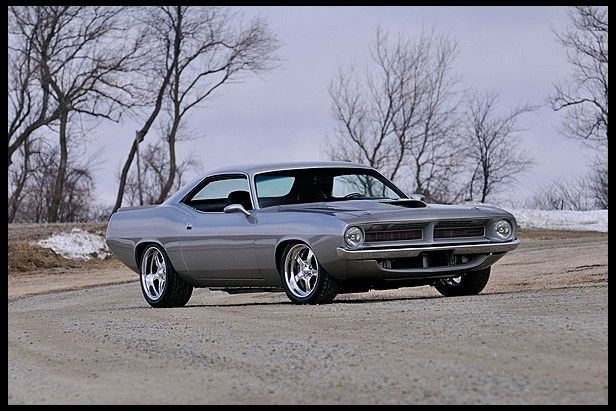 Originally a lowly 318 CID V-8 equipped car, this 1970 Plymouth ‘Cuda was transformed into its present Resto Mod configuration in 2009, when a  440 CID engine fitted with aluminum heads and dual Demon four-barrel carburetors on an Edelbrock manifold was installed. Backed by the rugged 727 automatic with Lokar shifter, Power steering and front disc brakes are incorporated, and the car rolls on Intro polished billet aluminum wheels with Falken performance radial tires. Finished in GM Silver with darker silver accents, the car features an AAR hood and rear spoiler.