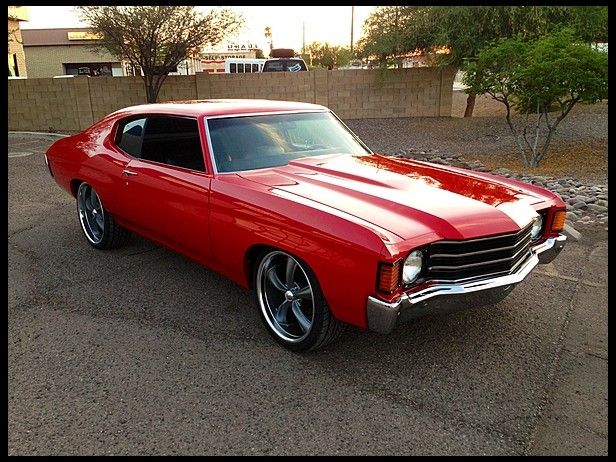 The Resto Mod craze isn’t letting up. And a car well-suited to that style of customization is the Chevelle. Here are 7 fantastic restomod Chevelle examples just for you. 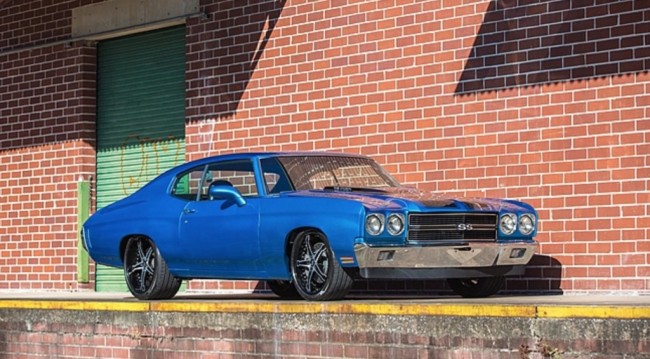 The first Chevelle was introduced by Chevrolet for the 1964 model year. It was a squarish design that continued through 1967. In 1968 a new body design was released on a shorter, sportier chassis. The new body was distinctly sculpted with tapered front fenders and a rounded beltline. The Chevelle adopted a long-hood/short-deck profile with a high rear-quarter “kick-up.” All of which contributed to make it one of the most attractive cars of the 1960s. The Chevrolet Chevelle Malibu was one of our favorites, but we’re yet to see a real badass Chevrolet Malibu restomod get released yet.

These classic car models aren’t immune to the restomod wave sweeping the nation. If you’ve got a classic muscle car and want to make it the best it can be, going full resto on it will pay dividends later! While other muscle cars like the Chevrolet Camaro, Chevrolet Bel Air, Chevrolet Impala, and Ford Mustang make great restoration bases, it’s the Chevy Chevelle that we’re going to focus on today. Check out these classic cars that have been given a whole new lease of life! 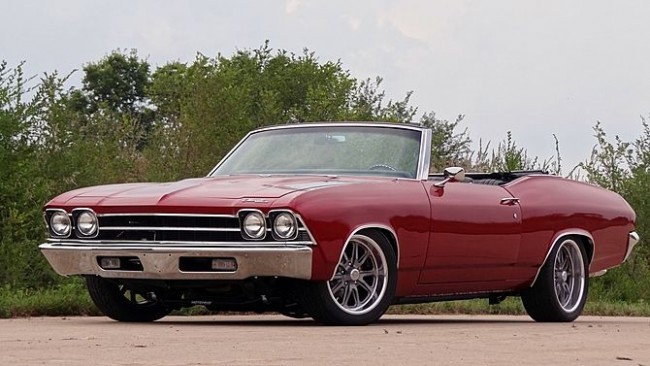 This stunning Chevelle restomod had a complete, frame-off restoration completed earlier this year. At that time the engine was upgraded to a $10,901 Chevrolet Motorsports ZZ502 crate motor that produces 502 hp and has a torque curve as big and flat as Kansas. Ceramic coated headers feed into a Magnaflow 2.5 inch stainless steel dual exhaust system. Backing up the motor is a Tremec 5-speed transmission so well proven in high-performance Mustangs. On the corners are Hotchkis tubular suspension and four-wheel disc brakes. Finished in a gorgeous shade of Ruby Red Pearl paint this ragtop convertible restomod is definitely a head-turner. 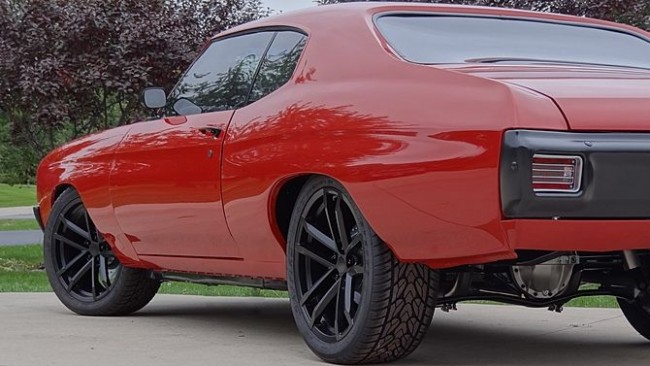 This restomod Chevelle was the subject of a frame-off rotisserie restoration less than two years. Dropped between the front wheel was a fuel injected Chevrolet Performance LSX 454 V8 developing 585 HP. Transferring all that raw horsepower to the back is a Tremec T-56 6-speed manual transmission (originally designed and built for the Dodge Viper). Out on the corners are CPP Stage IV Pro Touring suspension and four-wheel disc brakes, also from CPP.
On the inside, the driver can keep her or his eyes on things via Dakota Digital VXH gauges, listen through a Pioneer 6.1 inch touch screen radio with Bluetooth and stay cool with Vintage Air a/c system. Or, turn it off and roll down the windows and listen to all that beautiful engine sound flowing through Hooker ceramic coated headers and a Magnaflow 2.5 inch exhaust. Who wouldn’t want to get behind the steering wheel of one of these? 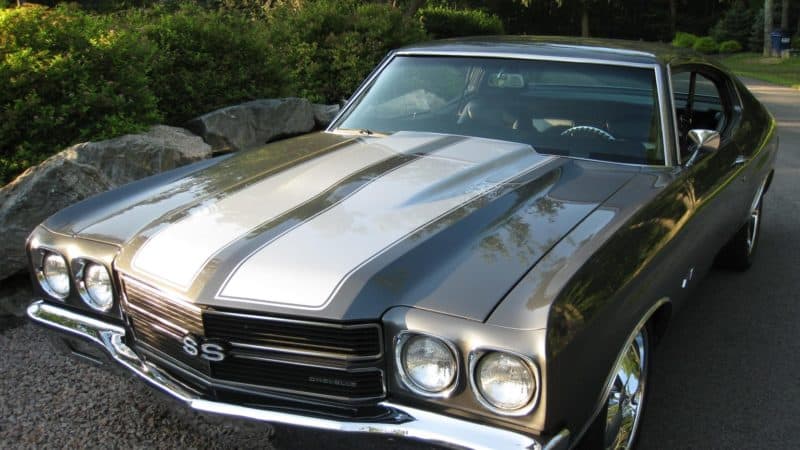 Don’t get us wrong, we love Triple Black. We think that if Triple Black paint existed in Henry Ford’s time he would have charged extra for black Model Ts. But a paint choice like Chevrolet Corvette Spiral Gray, accented with Light Silvermist stripes really sets this car apart. Built from a rust-free Southern shell, this beast carries a ’04 Corvette Z06 motor driving through a Tremec 5-speed transmission to a 12 bolt rear with Positraction. Plenty of attention was paid under the car, with  full Hotchkiss suspension, including Hotchkiss oversize sway bar, springs and control arms, 13″ Baer 4 wheel disc brakes pulling on 18″ Foose wheels and performance rubber. This is one sexy Chevrolet model. 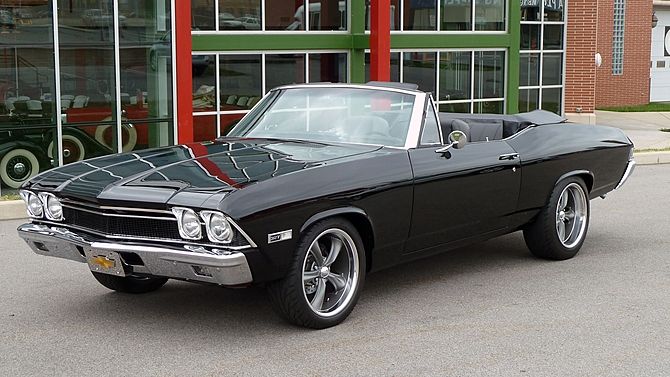 If there’s one thing better looking than a late ’60s Chevelle, it’s a late ’60s Chevelle convertible. Freshly released from a nuts and bolts restoration, this ’68 resto mod makes our hearts pound. It’s powered by a 350 hp 327 CID small block crate motor driving through a 6L80E transmission with toggle shift. Out on the corners are Wilwood Dynalite four-wheel disc brakes and Boss 338 super finish gray wheels. 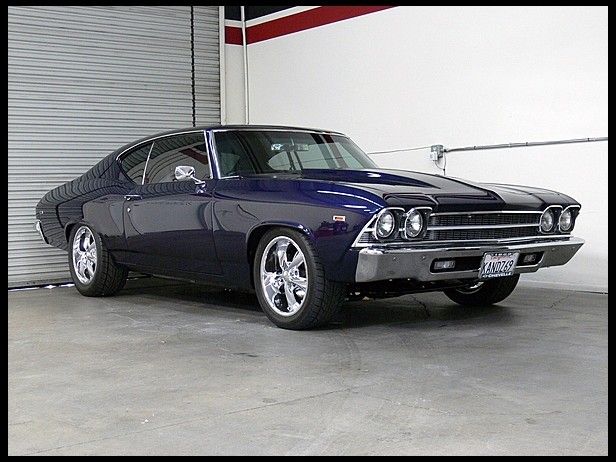 This stunning cars was recently the subject of a complete rotisserie restoration, at which time the frame was powder coated then painted Triple Black. Under the hood is a new Chevrolet 454 big block producing 450 HP, backed by a 700R4 Turbo-Hydramatic transmission (sames as used in the Corvette for many years) with a Hurst shifter. At the other end of the driveline is a 12 bolt rear axle with an Eaton Positraction installed with 3.73 gears. On the corners are CPU tubular upper and lower control arms, coilover QA1 shocks, and four-wheel Wilwood power disc brakes. Comfort has not be forgotten in this build, with power steering, power door locks, heated bucket seats (custom leather, hopefully) and Vintage Air air conditioning and heat. The laser straight body is painted in Deep Blue from the famous custom paint shop House of Kolor. This resto mod is the reason auto show prizes are given out. It’s incredible. 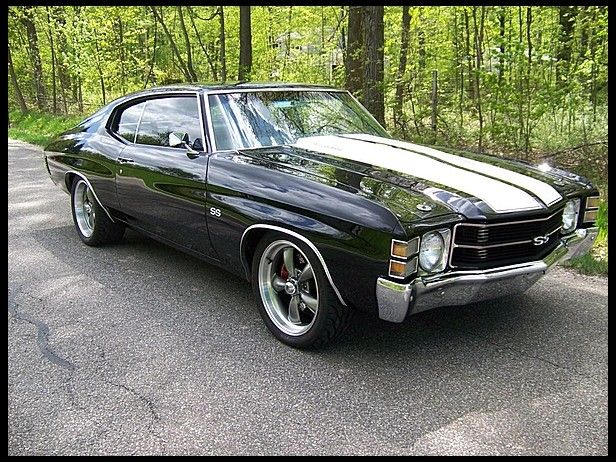 This stunning restomod Chevelle was the subject of a recent body-off restoration. Under the hood presides an LS1 aluminum block  V-8 with and Edelbrock Performer LS EFI intake and throttle body and produces 400 hp. All that grunt passes through a 4L60 Automatic transmission with overdrive. Under the Chevelle are power-assisted C5 Corvette front and rear disc brakes with slotted rotors, Eibach springs, performance sway bars, boxed control arms connecting the 18″ REV wheels to the car.

If you prefer to travel light and simple, this may be the Chevelle restomod you’re looking for. No giant big block motors burning race fuel faster than you can pour it into the tank. No heavy-handed graphics to draw unwanted attention. It’s a simple, clean, honest 1972 Chevelle faultlessly finished in beautiful GM Victory Red. Under the hood is a 350 small block with tons of potential and an automatic transmission to keep the drive simple. This is one beautiful restomod Chevelle.