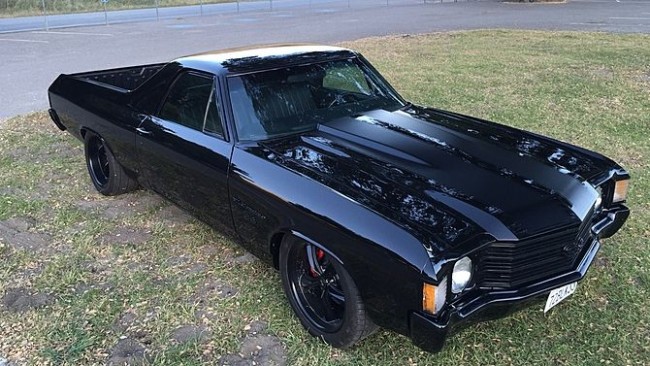 The El Camino makes an excellent candidate for a Resto Mod conversion, with its unique styling and parts compatibility with other Chevys. Click Next to view our list of 7 great ones.

Launched originally for the 1959 model year, the first version of the El Camino was based on the full-sized Chevy wagons. While a big sales hit at first, by 1960 sales tanked and the El Camino was discontinued. Revived for the 1964 model year on a Chevelle platform, this time the El Camino hung around all the way until 1987, providing plenty of raw material for Resto Mod creations.

This subtle silver ’71 with black SS stripes has a maxed-out 400 CID small block V-8 engine under the hood, topped by a Holley 4-barrel carburetor. Handling all that torque is the highly-capable 700R4 automatic transmission which then sends the power back to a 12 bolt rear with a 3.73:1 ring and pinion ratio. To keep the cruising comfortable power steering and power disc brakes keep effort to a minimum. 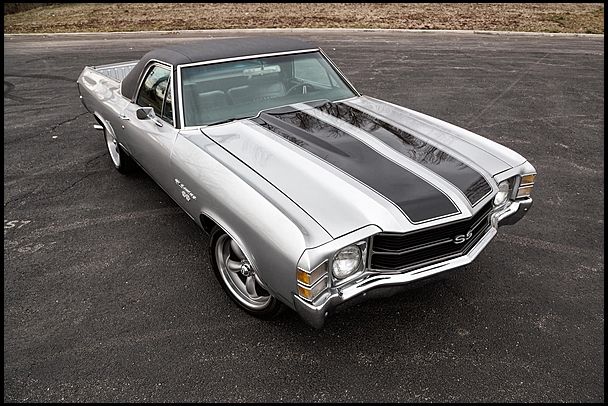 Apparently the owners of the 1987 El Camino wanted to performance of a Corvette with the hauling capabilities of an El Camino, because that’s pretty much what he got. The body and frame were separated and brought back to new. Then an LS1 Corvette engine was installed between the frame rails and Corvette suspension was hung on all four corners. The owner even went through the trouble of installing a complete Corvette interior into the El Camino. The cost of the conversion is $76,000 but think how good he looks hauling hay in the bed of that bad boy. 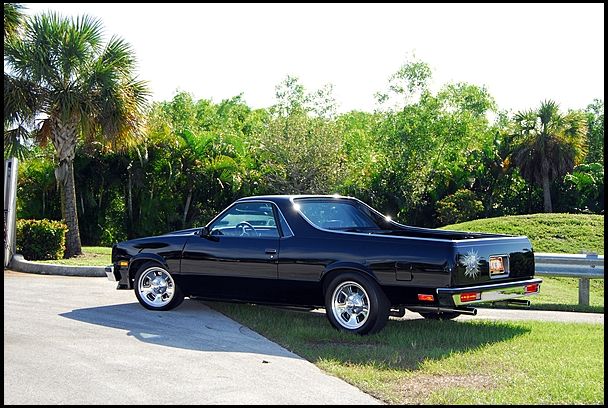 Looking a bit like the Disaster Area stunt ship from “The Hitchikers Guide to the Galaxy” this 1972 Chevrolet El Camino could not be more black. Black exterior paint, flat black graphics, chrome blacked out, black wheels, black tires … Anyway, under all that black is a 355 hp Chevrolet Motorsports ZZ4 350 CID engine backed by a
-THM700R4 transmission. The roadholding department is managed by tubular suspension members and five-way adjustable QA1 coilover shocks. Looks for CPP big brakes behind the BOSS wheels.

This gorgeous coupe utility (as the Australians call it) represents a 12 year, body off, no- expense-spared  labor of love. Painted Arancio Atlas Pearl and powered by a Chevrolet 350 CID V8 small block motor, its backed up by the famous Muncie “rock crusher” four-speed transmission.  Inside there’s a custom interior with a Dakota Digital dash and Vintage Air a/c. The El Camino is fully bagged for the ride height of your choice. 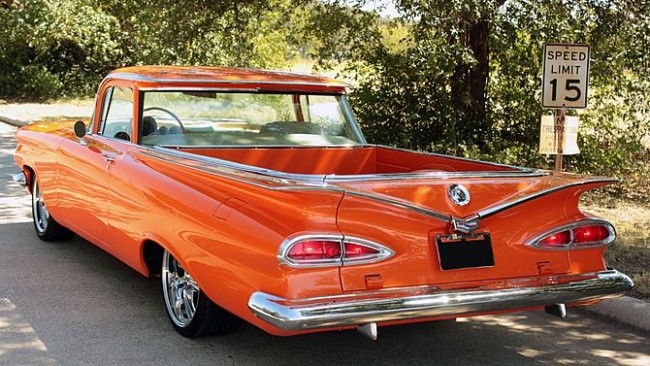 Stuffed under the hood of this ’64 El Camino is some serious motor: a 454 CID Chevy V8 big block “rat” motor.  The rat is topped with Edelbrock heads and intake and a Barry Grant Demon 800 CFM carb. When you’re dealing with that level of power, the drivetrain has to be up to the task, and the owners had made certain of that. A Hughes Performance (experts at modifying the Turbo Hydromatic for high horsepower) TH400, a Currie 9-inch Ford rear end with 3.50:1 ring and pinion gears. Hotchkis A-arms and springs do their best to keep this monster on the road. 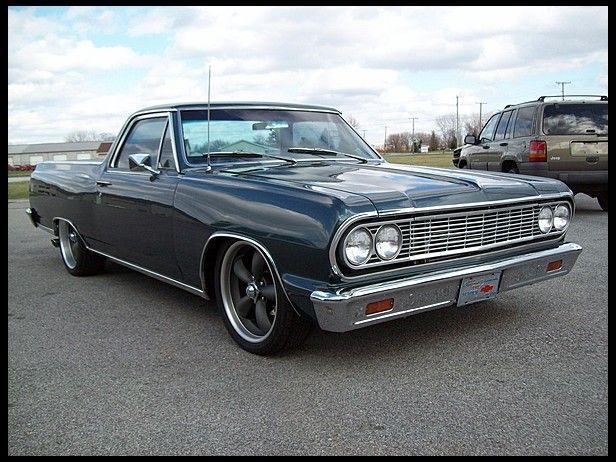 This Butternut Yellow El Camino received  a body-off restoration which was completed in 2013. The motor is one of the best small blocks ever, the 1969 327 with solid lifters, upgraded to produce 430 hp. Bolted-up is a Borg Warner Super T10 transmission driving back to a 4.11:1 R&P bolted to a Positraction diff. The front suspension features tubular A-arms and  2-inch drop spindles. Brakes have been upgraded to power discs all around and bolted to them are classic polished aluminum American Salt Flat wheels. 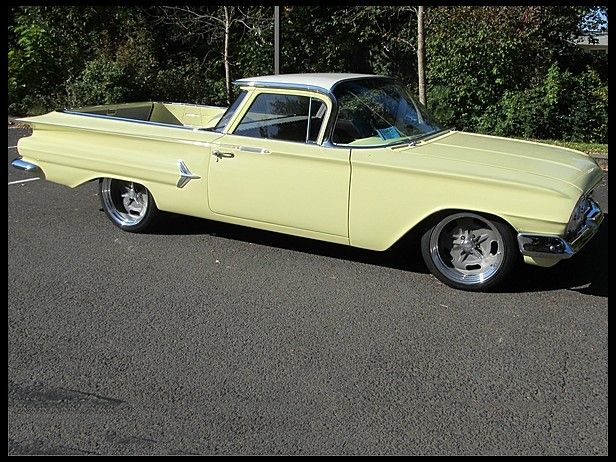 Here’s another subtle Resto Mod – a freshly resprayed ’80 El Camino. Under the hood is a Chevrolet Motorsports Ram Jet 350 small block that produces 351 hp. The owner has had the interior customized to his liking, and the 17-inch wheels and tires update the look without overwhelming the appearance of this largely stock-appearing El Camino. 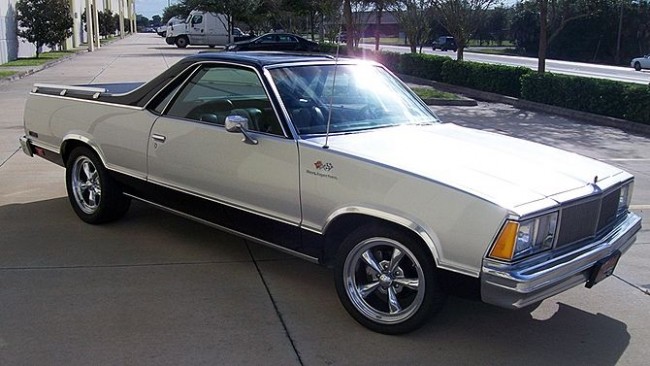 
What is "Top Tier" Gasoline and Should You Care?
Rallycross: The Gateway Drug For Rally In America?
10 Mods to Avoid for Your Lifted Dodge Ram
10 Forgotten Classic Buick Models That Probably Deserved Bet...
8 Cars With The Most Lemon Complaints
Buying a Car: 20 Tips Dealers Don’t Want You to Know